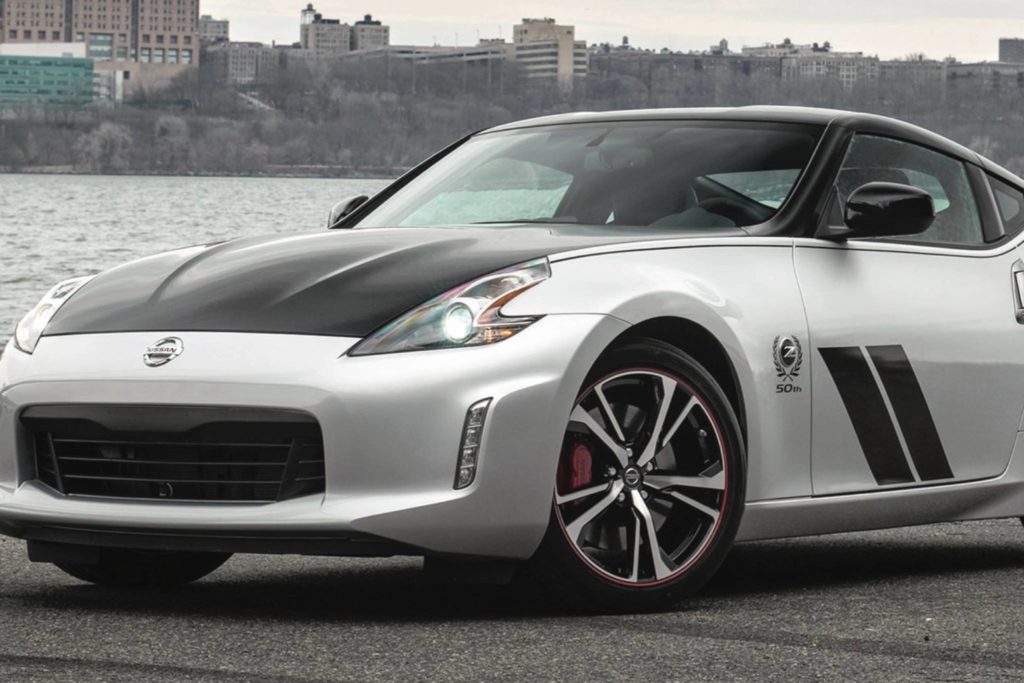 The Spy Guy’s usually reliable sources claim the automaker will not cancel the 370Z as he originally believed (Photo: Nissan).

The Sleuth’s sources report that, at long last, the first of three new tall-wagon models will start arriving in early 2020. The five-passenger GV80 is set to compete with The BMX X3, Audi Q5 and Mercedes-Benz GLC, among others. It will also appear similar to the GV80 concept vehicle. The intelligence gathered on the upcoming Genesis indicates that it will be built off the G80 rear-wheel-drive sedan platform, although all-wheel-drive will most certainly be available, if not standard equipment. As for powertrains, a twin-turbocharged 3.3-litre V-6 with 365 horsepower will most likely get the nod, but a hybrid system will likely be optional.

Far from dead, Nissan’s Z sports car appears to be alive and kicking:

The Spy Guy’s usually reliable sources claim the automaker will not cancel the 370Z as he originally believed. Instead, Nissan is developing a new — or significantly revamped — replacement, possibly labeled the 400Z. Plans call for an updated platform and suspension to keep the two-seater competitive with the 2020 Toyota Supra. There are also hints that more than a single powertrain could be in the works, including a twin-turbocharged 3.0-litre V-6 that’s found in the Infiniti division’s Q50 sedan and Q60 coupe. That engine makes 400 horsepower and 395 pound-feet of torque while the current Z’s 3.7-litre non-turbo V-6 makes 322 horsepower and 270 pound-feet of torque, or 350/276 in NISMO trim. A hybrid option is also anticipated. Assuming everything works out, the New Z could appear in 2021 as a 2022 model.

The Nissan 370Z, pictured, could be followed by a new 400Z with much more power. Photo: Nissan

Will the next Ford Fusion arrive as a wagon?

That appears to be the plan, according to The Spymaster’s Intel operatives. Apparently a test mule approximating that body style has recently been spotted out and about near the automaker’s R&D facility in Michigan. It’s believed that the vehicle will use a platform originally designed for the smaller European version of the Fusion sedan. Meanwhile, the Fusion that’s currently on sale in North America will bow out after the 2020 model year, leading to speculation that the wagon will launch sometime in 2021 as 2022 model. There’s also a rumour that the Fusion Active will be the wagon’s proper name, suggesting that all-wheel-drive will be near or at the top of the options list.

The PSA Group’s prospective merger with Fiat Chrysler Automobiles (FCA) looks like a good deal for both automakers:

So believeth The Sleuth, who sees market opportunities and cost efficiencies for both entities. For FCA, which has long sought a partnership with other automakers since the late Sergio Marchionne headed the company, joining with PSA adds a portal for selling greater numbers of current and future Dodge, Jeep- and Ram-branded vehicles in Europe. Likewise for PSA, which can keep its various manufacturing plants busy supplying cars and trucks to the lucrative North American market under whatever label (e.g. Peugeot, Chrysler) makes the most sense. In addition, the sizable expenses associated with developing and marketing new models, especially electric- and hydrogen-powered vehicles, not to mention autonomous technologies, makes cost sharing logical.

Volkswagen shows you its ID:

The Sleuth’s deep-state network speculates that the first electric vehicle in VW’s North American lineup will soon be revealed in close-to-production form before launching in 2020 as a 2021 model. The midsize ID Vizzion sedan is somewhat larger than a Volkswagen Passat and is also longer between the front and rear wheels. It will be built on VW’s new MEB platform that will underpin all future ID-series models, including the ID Buzz microbus. The ID’s electric motor and battery pack is expected to provide as much as 400 miles (640 kilometres) of range. Further details, including horsepower and price, are expected to be revealed later this year.

The Honda Fit appears to be destined for a hybrid powertrain. Photo: Honda

Up: Dale Earnhardt documentary has been released:

Most NASCAR fans regard the 2001 Daytona 500 — Feb. 18 — to be the saddest in the racing league’s history after a final-lap crash claimed the life of driver Dale Earnhardt. The documentary Blink of an Eye focuses on Michael Waltrip, who won that race — his first NASCAR victory in 462 attempts — and, after only minutes celebrating in Victory Lane, would hear of Earnhardt’s death. Blink of an Eye is available on Apple iTunes.

In celebration of the roadster’s 30th anniversary, the automaker has announced that it is increasing the number of available original-equipment and restoration parts for older models. They include factory soft-tops, lighter aluminum wheels that resemble the originals, plus updated suspension, brakes and cooling-system components. Mazda now sells more than 1,100 replacement parts for the world’s best selling sports car.

Mazda is increasing its support for older Miatas with the release of new parts, such as updated suspension components. Photo: Mazda