Subaru ratchets up the Crosstrek:

It’s no secret that the small-and-tall-wagons (crossovers) segment is one of the hottest. The group includes the Subaru Crosstrek that receives a makeover and a bigger slice of performance pie for 2021. There’s a new grille and a new front bumper with darkened cladding that matches the wheel arches and rear-bumper end caps. There’s also a new engine option: A 2.5-litre four-cylinder with 182 horsepower and 176 pound-feet of torque. The carryover 2.0-litre base engine is rated at 152/145. A continuously variable transmission is standard with the 2.5 and optional with the 2.0, which continues to be available with a six-speed manual. 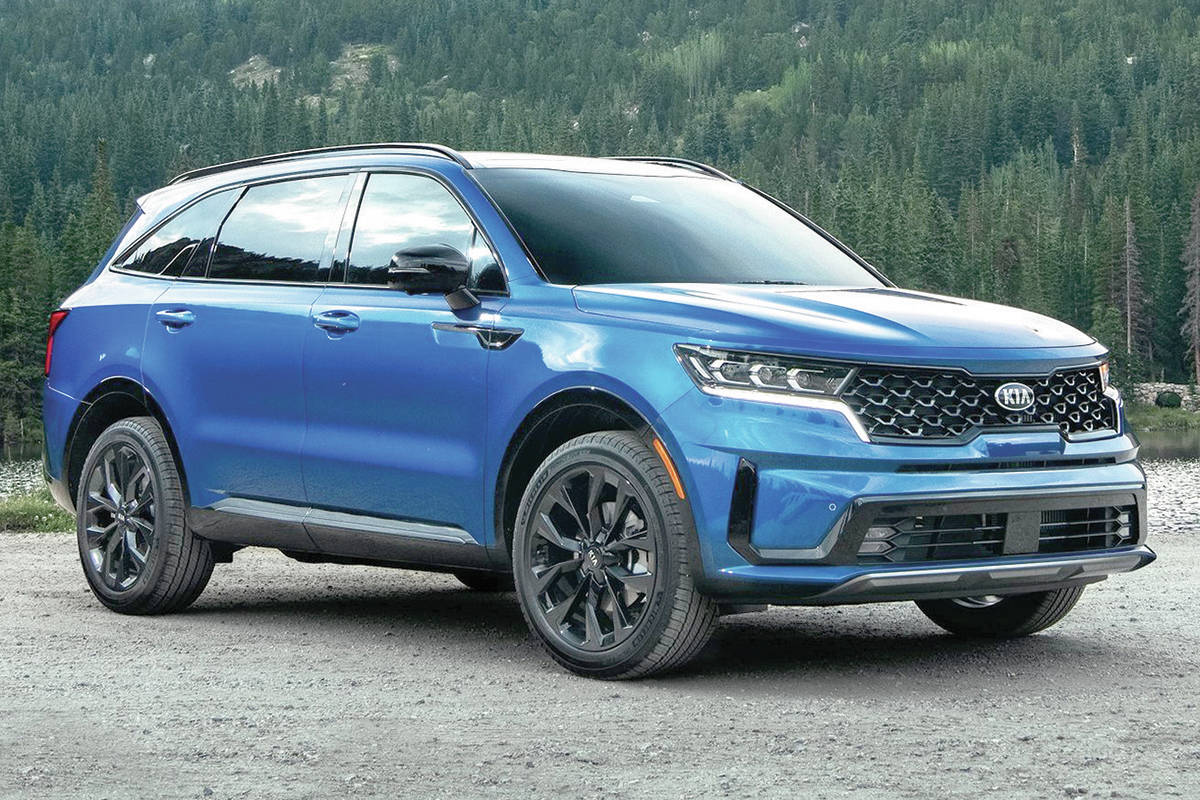 The redesigned Kia Sorento will be available as a front-wheel-drive hybrid model, but not until after the launch. PHOTO: KIA

A new Sorento prepares to hit the road

The fourth generation of Kia’s midsize utility vehicle that arrives for 2021 has a standard 2.5-litre four-cylinder engine with 191 horsepower and 182 pound-feet of torque, and an optional turbocharged 2.5-liter four-cylinder producing 281/311. All-wheel-drive is offered with both powerplants. Also arriving for 2021 is an all-wheel-drive hybrid, followed later in the model year by an all-wheel-drive plug-in version with an estimated 50 kilometres of electric-only propulsion (both equipped with turbo 1.6-litre four-cylinder engines plus electric motors). There are eight-speed transmissions for all but the hybrid, which gets a six-speed automatic.

The Sleuth confirms the automaker’s new small truck (smaller than the midsize Ranger) will be called Maverick and is expected in late 2021 as a 2022 model. The name was originally applied to a compact Ford sedan and coupe that were sold from model years 1970 thru 1977. The Maverick is designed for light duty and will be built on the same unitized (frameless) platform as the 2021 Bronco Sport (and the Ford Escape). It will use the Sport’s all-wheel-drive system (as an option) and the turbocharged three-and four-cylinder engines rated at 181 and 245 horsepower, respectively.

The Spy Guy can confirm that a new BMW tall wagon is headed here for the 2022 model year. The all-wheel-drive X8 — numbers 1 through 7 are already assigned to other vehicles — will be slightly longer and lower than the X7, which arrived for the 2019 model year. It will also be more hatchback-like than the squared-off X7, but is also expected to have the same three-row seating capacity. The X8’s standard hybrid system, consisting of a turbocharged six-cylinder engine plus an electric motor, will generate a net 389 horsepower and 443 pound-feet of torque. A twin-turbocharged V-8 making 600-plus horsepower will also be available later in the X8 M. 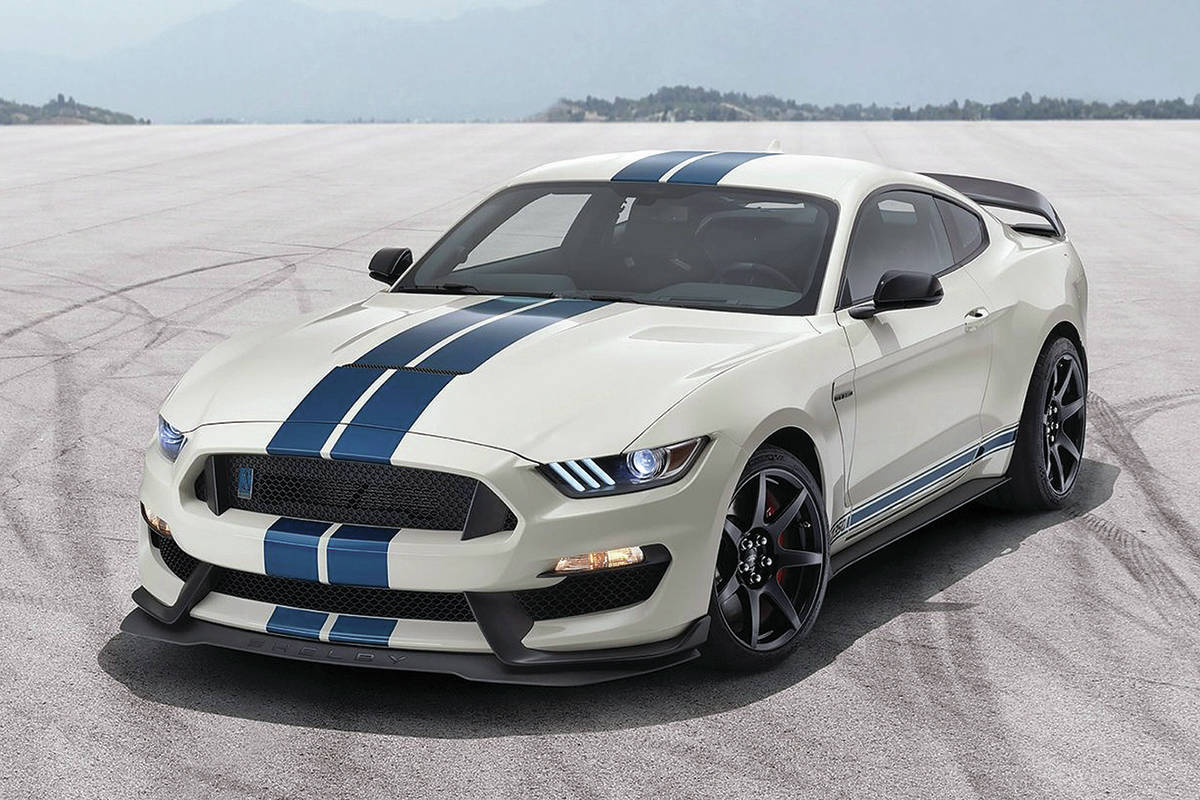 The GT350 is being overshadowed by the much more powerful GT500, partly because the GT500 costs a reasonable $18,000 more. PHOTO: FORD

The GT350 nears the end of the line

This special Mustang — equipped with a very unique high-revving 5.2-litre V-8 — has wowed Mustang lovers with its raucous exhaust note and 529 horsepower. All good things must come to an end, however, and after the 2020 model year, buyers will only get the GT500 (with a supercharged 5.2-litre V-8), which could be considered a GT350 but with a lot more power (750). The end of the GT350 also means one less manual-transmission model on the market as the GT500 comes only with a seven paddle-shift transmission. The GT500 will set buyers back about $95,000 in Canada, or about $18,000 more than a base GT350, but roughly the same price as the track-ready GT350R.

Up: NASCAR returns to the dirt

The racing league’s 2021 Cup Series calendar will include a dirt-track event for the first time in half a century. For the March 28 race in Bristol, Tenn., the half-mile asphalt oval will — amazingly — be covered with dirt. The Sleuth is certainly intrigued about the cleanup afterward. 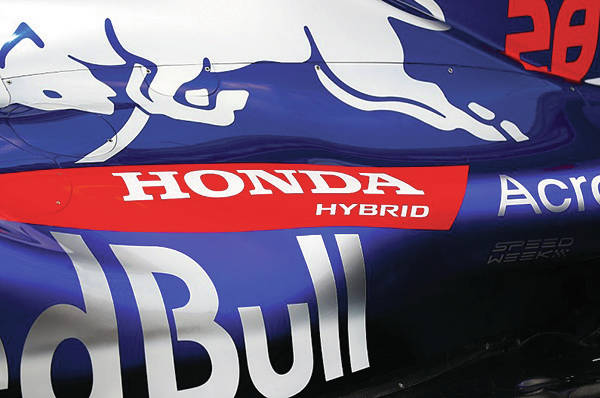 Honda is getting out of Formula One (again), apparently to divert funds to electric-car development. PHOTO: HONDA

The automaker recently announced that the 2021 Grand Prix racing season will be its last as a power-system supplier to the Red Bull team. Honda got back into Formula One — partnering with McLaren — in 2015 after a five-year absence. That alliance ended after three years, with Honda continuing to supply engines to other teams. According to Red Bull, Honda is pulling out to focus financial resources on electric propulsion.