A push for electric vehicles is into overdrive, and B.C.’s truckers want to pick up on the trend as soon as possible.

The BC Trucking Association (BCTA) on Friday, Nov. 4, held a summit in Langley, which focused entirely on low and zero-emission commercial vehicles.

Dozens of buyers and sellers explored business opportunities, with some even closing deals with local governments looking for electric garbage trucks.

Will Emo, who represented University Endowment Lands (UEL) – a municipality between Vancouver and UBC – said his office had been looking to replace its current fleet of diesel vehicles with electric ones for years, with the hope of becoming the first-ever Canadian municipality to have a fully electric refuse truck.

The municipality’s eyes were on Rollins Machinery’s zero-emissions garbage truck.

However, one of Emo’s biggest concerns was the huge upfront capital cost. Dave Earle, BCTA’s president, too, admitted that commercial electric vehicles are “ferociously” expensive and cost twice as much as diesel ones.

But, he encouraged buyers to explore provincial and federal rebates, which Emo said his office plans to do soon.

“There are funding opportunities through the province and clean B.C. program. There is also federal grants available, which I hope to take use of,” Emo said. “We want to do our part to support province’s CleanBC initiative,” he continued.

In addition to electric trucks, the summit also featured one hydro-powered truck. While the former offers zero-emission features, the latter is fueled by 40 per cent hydrogen and 60 per cent diesel.

“The reason is that hydrogen burns extremely hot and would be very hard on the engine,” explained Earle.

While the hydrogen vehicle reduces carbon emissions, it does not completely eliminate them, and that is why the trucking association urged the government to support both technologies and “not pick a winner,” said Earle.

Some of the other points discussed at the summit included existing charging infrastructure, which is underdeveloped for these light, medium, and heavy-duty vehicles.

The current infrastructure does not support long-haul electric trucks.

“These electric trucks can only cover 400 kilometers and then you will have to put them on charge or on the back of another truck,” Earle explained.

While the current charging infrastructure is unsuitable for inter-provincial deliveries, Earle said manufacturers are spending “literally billions of dollars” to expedite the infrastructural development.

“We also have the support from the government,” he added. “Government is very supportive. They’ve just been excellent in supporting the industry.”

Expressing his support for the electrict and hydrogen trucks, minister Fleming said, “These vehicles will drive B.C.’s economy towards a cleaner, more efficient future. Our province aims to be North America’s leader in innocations. We aim to lower greenhouse has emissions to meet our CleanBC goals for 2030 and beyond.”

Earle concluded by saying that inter-provincial deliveries through electric trucks are possible, but only if other associations in the country work as aggressively as BCTA.

RELATED: BC Continues to be a leader in the sale of zero emission vehicles 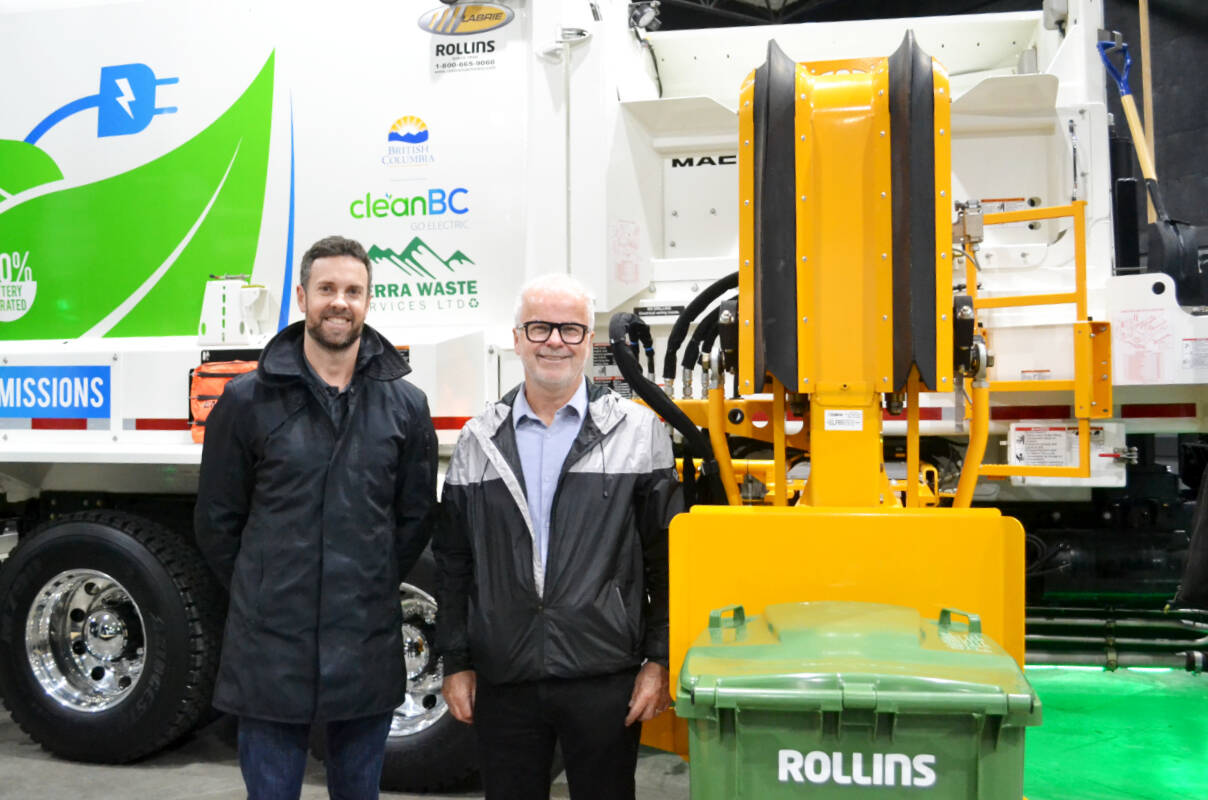 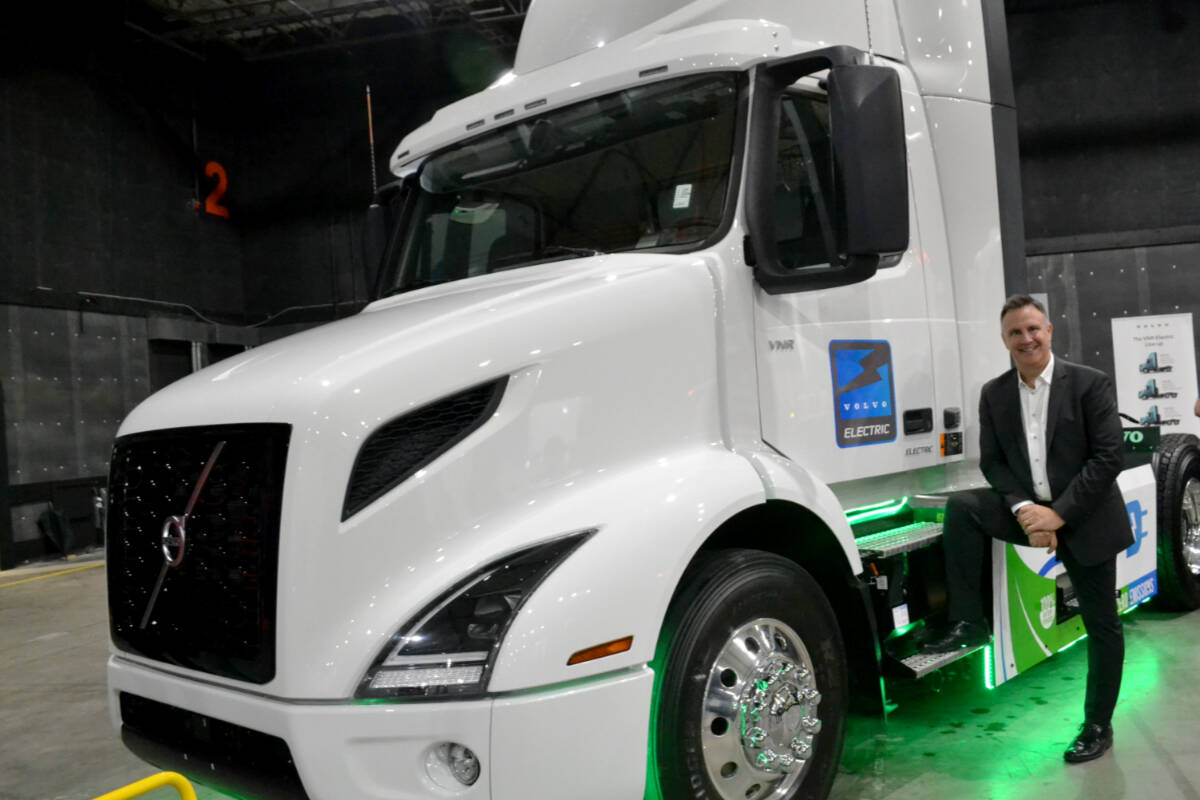 Dave Earle, president of the British Columbia Trucking Association in front a hydro powered truck. The technology used 40 per cent hydrogen and 60 per cent diesel to duel the truck. (Tanmay Ahluwalia/Langley Advance Times) 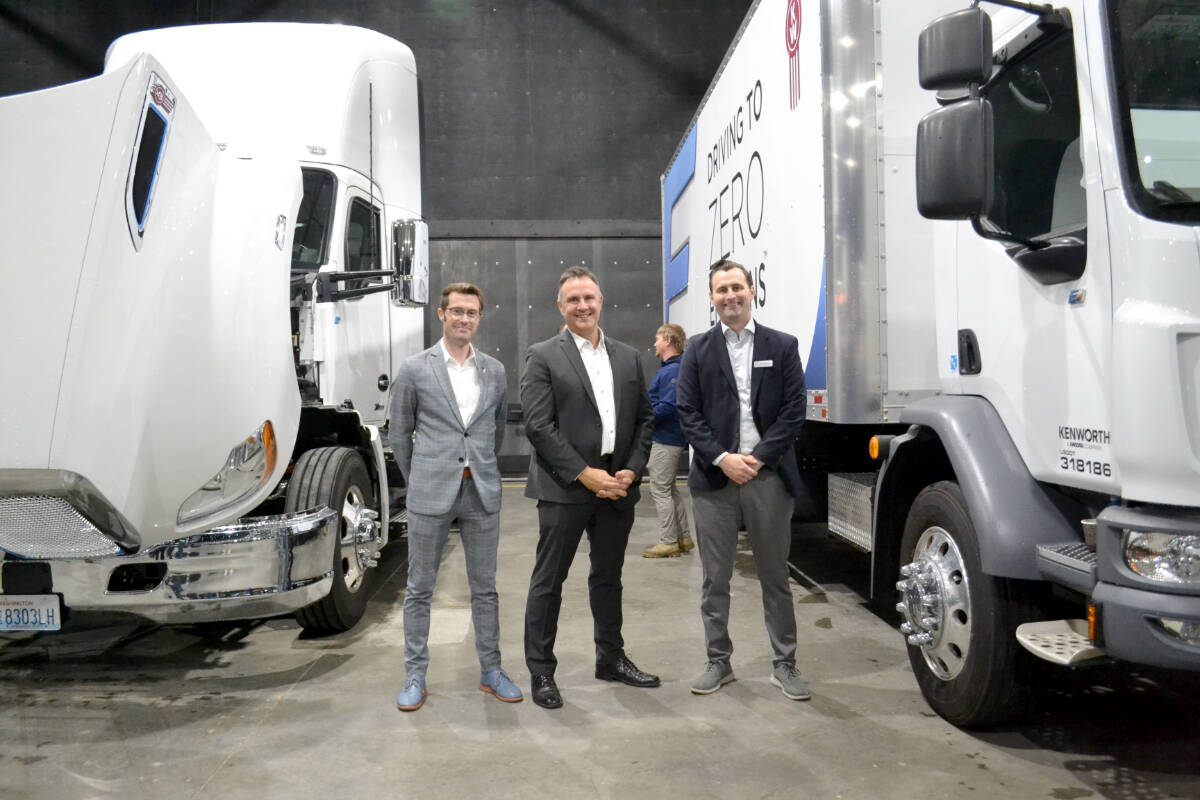