About 23 years ago, she and her husband bought a small farm in Surrey and decided they should really get some animals, probably llamas.

But when she mentioned that to a friend, she was warned against it.

“You should get alpacas,” the friend said.

Over the years, the location of the farm has shifted and the number of alpacas on it has increased.

Kensington takes its name from its first home, in an area of Surrey historically known as Kensington Prairie County.

Simpson started with a dozen alpacas, and the number quickly grew to more than 30 animals before moving to Langley in 2006, expanding Kensington Prairie Farm from five to 45 acres in the process.

The farm currently has a herd of more than 40 of the fuzzy South American mammals, which supply the fibre used to make the knitted items on sale in the farm store at 1736 248 St.

“We process our own fleece into yarn,” said Simpson during the seventh annual Alpacas & Artisans holiday sale at the farm.

“All of the yarn at our store is from our own animals.”

Free to the public, the event collects donations for Quechua Benefit, a charity providing services to the poorest Quechua alpaca breeders in Peru.

Quechua operates a children’s village and conducts annual medical and dental missions to remote areas of the Peruvian highlands.

Alpaca steaks and sausages are high in protein, high in iron and low in cholesterol.

“It’s kind of a cross between veal and lamb.”

Whether an alpaca is kept for shearing or used for meat depends on the quality of their fibre count, which is tested regularly.

When an animals fibre becomes unusable, “then they go to meat.” Simpson said.

“It’s (using them for meat) not widely accepted by many alpaca farmers, likely because they view their animals as pets instead of stock,” she said.

“Its not a decision I take lightly.”

The numbers of people coming to the farm to shop is increasing, Simpson said.

“I think it’s a sign of the time, people are looking for quality products from the farm gate as opposed to mall shopping.”

“Business is great,” she said. “So much for retirement.”

Technically, Simpson retired, from paid employment, about 15 years ago.

She said she plans to remain in the alpaca business as long as it’s fun.

“It makes me smile and I think I’ll keep doing it as long as I smile every single day when I get up.”

As for the spitting, it turns out the friend wasn’t entirely accurate.

Alpacas do spit, Simpson said, though not as much as llamas, who are known for gobbing unsuspecting humans.

“Only at each other and if they’re pregnant,” she said, “and we occasionally get a persnickety one.” 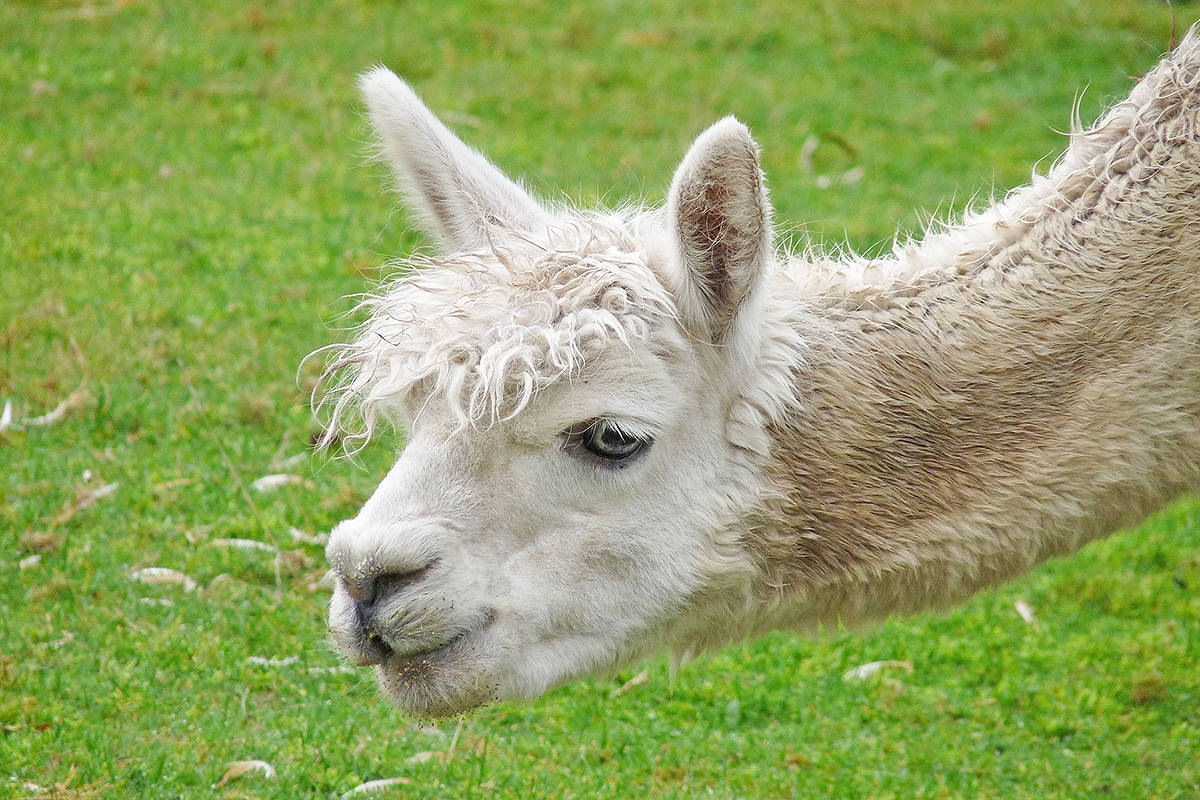 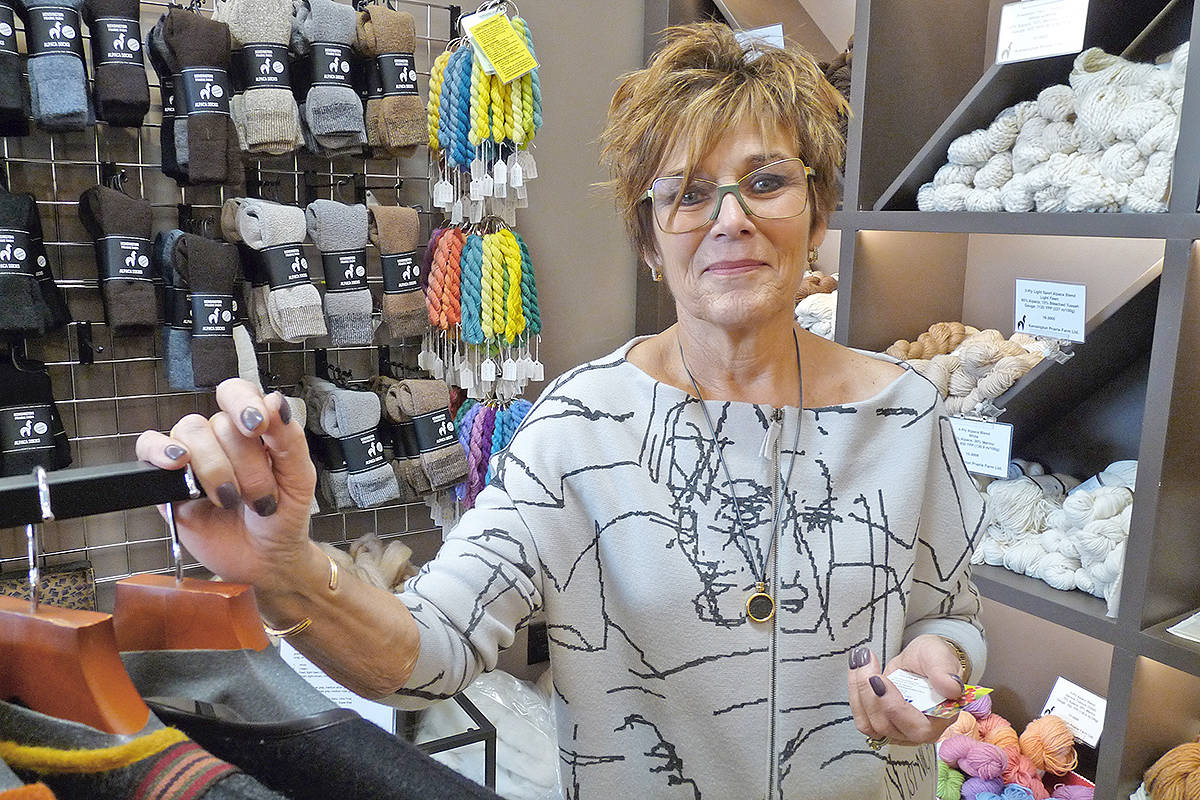