Little Winter Fraser came all the way from Chilliwack to Langley with her parents to see the giant dinosaur that was unveiled at the local Toy Traders shop on Saturday, July 16.

Not only did she get excited to see the huge tyrannosaurus rex, but she also participated in the ‘name the dinosaur’ contest. As little kids stood around with their eyes skyward looking at the giant structure, they discussed names for the enormous toy.

Her dad helped her fill the paper, which they then dropped in the draw box placed in one of the store’s corners. One lucky winner will be chose at a later date by the store owner and his team.

“Winter loves dinosaurs, and she is very excited,” commented Dad.

Helping kids and their parents in the store, 21-year-old Olivia Fasolino seemed to be having a busy and productive day. She and her family have been coming to the Toy Traders even before Fasolino was born.

“My mom bought my first baby stroller from here. I was in her womb,” she commented.

A longtime Langley resident, Fasolino said she is living the dream and working at the toy shop as a sales associate.

The dinosaur structure was built locally by a carpenter for a toy manufacturing company called Schleich.

It took Mike about a month to get the piece ready.

“We hope people love the real life experience that we have created here.”

READ MORE: QUIZ: How much do you know about toys and games?

Going with the Jurassic Park theme, the store even had two Jeeps parked outside the store. The vehicles were painted to resemble the ones used in the movie.

Matthew Purdy, the owner of the store, was present in the store with his wife and four-year-old daughter to personally greet customers and kids.

“Anybody who loves dinosaurs, it is fun day for them,” Purdy said. 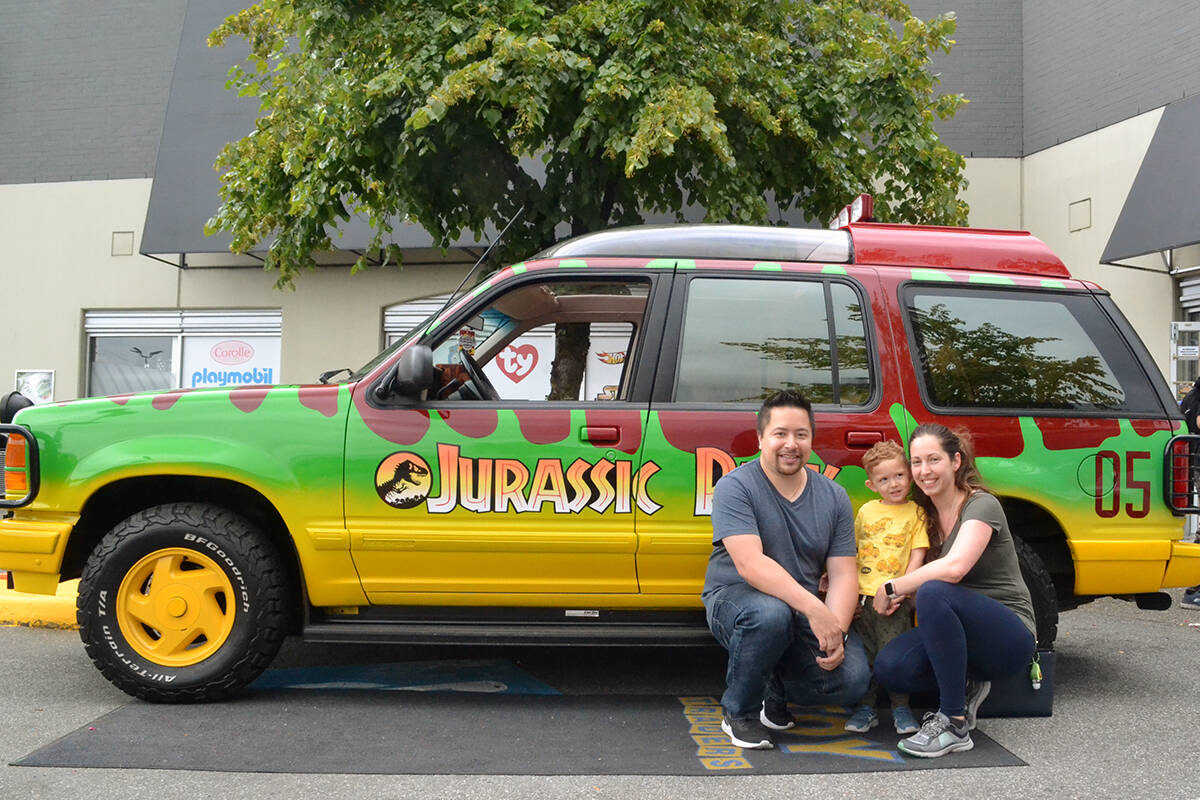