Ian Thompson of Langley was getting a little fed up with working as a long-distance trucker when he talked to a friend about working in the television and film industry.

“I got tired of driving all night, every night,” Thompson said.

Then the friend, who worked in film and TV production, showed him a pay stub.

“I have to do this,” Thompson thought.

His career path was a familiar one for people in the rapidly growing film and television production sector in B.C.

He went to a union hall to see about employment and soon began working as an on-call driver.

“I started gradually getting phone calls.”

After working the minimum number of days to become a union member, the workload increased.

The hours can be extremely long and irregular, but people who are willing to work hard will do well, Thompson said.

Eventually, he started his own company, 911 Filmcars Inc. which provides police, fire, military and other specialty vehicles to television and movie productions.

Everything from pumper trucks to big rigs, motorcycles, buses and ambulances are available at the company, which has become the largest supplier of emergency vehicles and transit buses to the film and TV production business in Western Canada.

Thompson’s advice to people considering a career in the industry is to go for it.

He said when people think about the movies and TV, they sometimes make the mistake of assuming they aren’t qualified.

“Every skill that a person has, is at some point required in the industry,” he said, everything from electricians to carpenters to bookkeepers.

When Langley resident Ivona Paduch isn’t working as a nurse, she can be found on the sets of various productions, sometimes as an extra and sometimes as a technical advisor, applying her medical training to help producers and directors keep scenes realistic.

“Basically making sure the set is set up properly,” Paduch said.

Sometimes she’s worked as both a technical advisor and an extra, even portraying a nurse.

Like Thompson, Paduch hadn’t given much thought to working in the industry until she learned more about about it — in her case, from a casting director she used to date.

“It’s a fun job,” she said. “You get to do things you maybe never did before.”

The most unusual job she’s had involved playing a dead body.

It required six hours of makeup to look like a corpse, and the tricky part was not shivering from the cold.

“It was freezing,” she laughed.

No matter what job you’re looking for, you’re likely to find potential employers at the next Black Press Extreme Education & Career Fair, happening Sept. 13 at the Cloverdale Agriplex, at 17798 62 Ave. in Surrey, from 11 a.m. to 4 p.m.

The event is free and open to the public, and is expected to be one of their largest career fairs to date.

Where to find out more:

Joining the DGC as a Production Assistant is one way to experience how the industry works and get exposure to all the various departments and positions.

Look under the “Becoming a Member” tab on the DGC BC website for the entry level permittee logbook holder program.

The Union of BC Performers branch of ACTRA. Website: www.ubcp.com/become-a-member.

Responsible for performers, including Background Performers and Stunts.

Creative B.C. is an independent non-profit society formed in 2013 to support the province’s film, television, music, interactive digital media as well as book and magazine publishing industries. Over the past three years, the provincial government has provided Creative BC with approximately $2 million in annual funding.

Direct industry jobs and labour income accounted for approximately $1.78 billion of that.

Television and film productions employ an estimated 60,000 skilled workers across technology, trades, business and the arts with higher than average incomes.

Streaming services like Netflix and Amazon do a lot of production in B.C. along with network shows like Riverdale, Arrow, The Flash and Supergirl.

Riverdale alone has created over 1,000 jobs over two seasons of production, spending over $60 million in the process.

Vancouver crews have worked on major motion pictures as well. 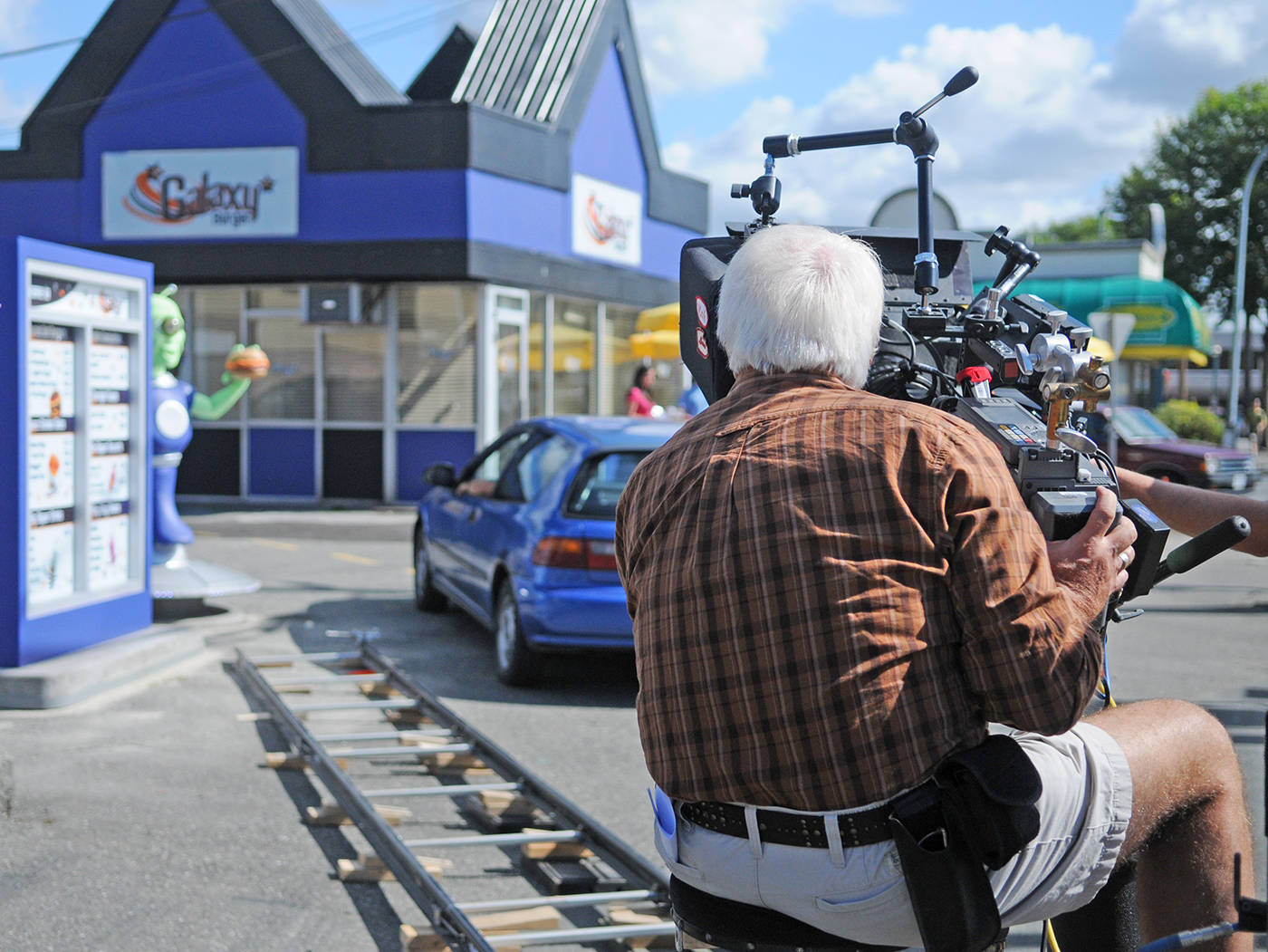 The corner of 56 Avenue and 203 Street was transformed into a Galaxy Burger joint for filming of the movie Super Buddies on Tuesday. Film crew spent the day filming several scenes, including one with a stunt driver dressed in a pig costume driving erratically in the parking lot of Langley Plaza. Miranda Gathercole Langley Times file photo 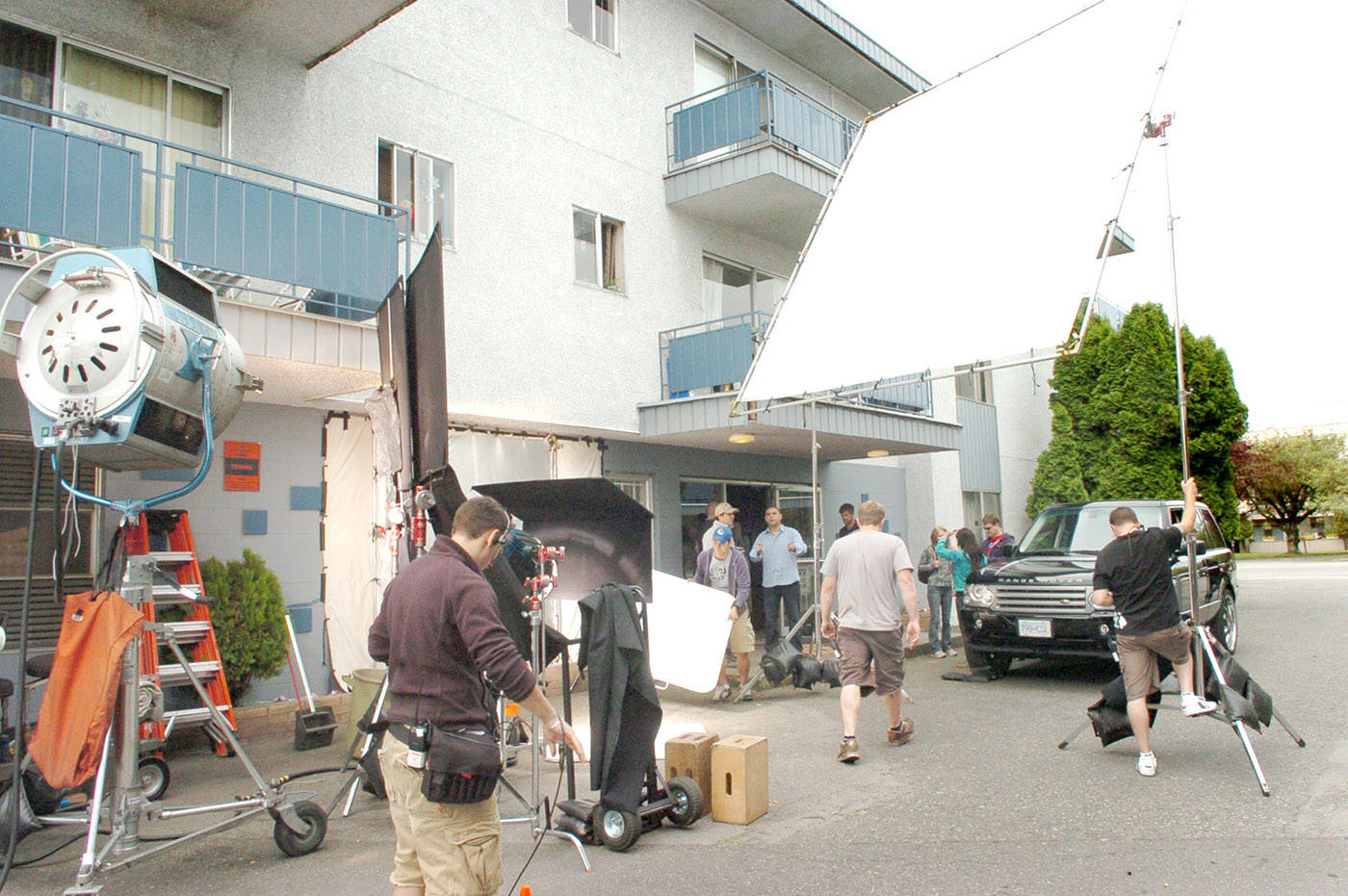 New vegan-friendly cafe funded through Start It Up Langley contest

What will happen in Langley’s school district when student or staffer tests positive?

The school superintendent lays out protocols based on health expert recommendations

Most Langley students back in class

District update released after the first full week of instruction