There’s something to be said for the sense of reward you get when giving back.

But this is not just the responsiblity of a handful or two of lone individuals in our community.

Far from. Imagine how great the world – and more specifically Langley – would be if everyone donated $2 to their favourite 10 charities providing needed services in this community each year.

Then, let’s step up that game, and ask that local companies join the bandwagon. Let’s say they each gave a minimum of $5 to 10 Langley charities.

The ripple effect of that generosity would be felt in such a major way, not just by those directly receiving service – but by the ocmmunity in general.

Now, let’s add another layer to this. Let’s talk giving of time or gifts in kind, as well. Add this to the mix, and we’d have the wealthiest, and I believe the healthiest, community on the globe.

I bring this up now, in the midst of the LangleyGives #ShowTheLove|#ShareTheLove campaign, where the random acts of kindness and generosity in this town are being spotlighted.

I love the concept, and sure hope people jump on board by both showing and sharing some love, and hopefully inspiring others to do the same.

I’ll turn my focus now, for a moment, to the Greater Langley Chamber of Commerce.

Their monthly chamber dinner meeting is being held on Tuesday, Nov. 19, and the top there is giving.

Dave Mann, president and founder of Isle of Mann Property Group, will be discussing the importance of corporate and individual philanthropy.

He’ll talk about involving employees in giving back, and encouraging people to be inspired.

That meeting is being hld at the Langley Golf & Banque Centre, and people must RSVP by calling the chamber at 604-371-3770, or visiting the chamber website at langleychamber.com. The cost is $35 for members, $55 for non-members.

Post photos on social media explaining the good work they or others are do and include the hashtags #ShowTheLove, #ShareTheLove and #LangleyGives for a chance to win one of five grand prizes.

Now speaking of spreading the love, check out what’s afoot here this month.

Whether it’s a warm coat, blankets, socks, or gloves, both realtors and builders in Langley are once again rallying this month to collect winter woolies and the likes for people in need.

Once again realtors in the Fraser Valley – including those in Langley – are hosting their annual Realtors Care Blanket Drive, that will run Nov. 18 to 25.

“Most of us know that home means comfort and safety. Sadly, we have far too many in our region who are homeless or can’t afford to adequately clothe themselves for the winter,” said Darin Germyn, president of the Fraser Valley Real Estate Board.

“A warm blanket, clean, dry socks and a waterproof jacket can help protect people from the elements and potentially even save a life.”

And, at roughly the same time, the Homebuilders Association Vancouver (HAVAN) is running their 24th annual Coast for Kids campaign. It started Nov. 12, and runs until Dec. 6, and donations of new or gently used coats, scarves, gloves, blankets, and even new, unwrapped toys and gifts for kids are being accepted.

“Clear out your family’s coats no longer in use,” HAVAN’s Dawn Sondergaard said.

Locally, donations can be dropped off at Centra Construction Group in Walnut Grove, Country Lumber or Zenterra Developments in Murrayville, or Trail Appliance or Infinity Properities in the Willowbrook neighbourhood.

The six Langley HAVAN member companies are among 72 drop-off locations across 16 Metro Vancouver municipalities, where people can donate.

HAVAN’s goal this year is to collect more than 10,000 items and to build a mountain of coats.

Just like in Whoville, when HAVAN members and their communities direct a large amount of effort at a single point – mountains can be built – and moved, said Sondergaard.

Realtor David Smith his hosted his annual Realtor Monopoly event Thursday, Nov. 14, where 50 of his fellow realtors compete for Monopoly dominance and raise money for the New Hope Community Serivce.

This fundraiser once again sold out.

READ AND WATCH MORE: Realtors battle it out over Park Avenue, the Electric Company, and the railroads

In the meantime, Ryan Moreno and his team from Joseph Richard Group are again sleeping outside for a night to draw awareness and support for vulnerable youth in the Lower Mainland.

“As a father myself, it’s hard to face the statistics. The number of children in our communities being victimized on the streets, going to school hungry, or growing up without proper self-care resources is astonishing,” said Moreno, Joseph Richard Group’s CEO.

“Giving up one night of our comfortable lifestyles is not only an impactful fundraising initiative, it is also a powerful eye-opening experience for all who participate,” he said, noting that on any given night in the Lower Mainland, he noted, there are between 500 and 1000 young people living on the streets.

This third annual fundraiser, know as One Night Out, is happening on Monday, Nov. 18, and again it’s happening at the S+L in South Surrey from 9 p.m. to 7 a.m.

“Our goal to reach more vulnerable youth has guided us to expand our reach through the four charities we’re supporting this year,” explains Moreno, “each organization’s efforts are paramount in helping young people across the province and we couldn’t be more proud to support their initiatives through One Night Out 2019.”

For every donation of $1000 or more, JRG will offer a gift certificate for up to 6 guests valid S+L Kitchen & Bar or The Italian Osteria & Cheesebar.

To learn more about each charity, donate to the event, or register for the third annual One Night Out, visit www.onenightout.ca.

Bowling is free, but guests are asked to “empty” their food pantries when joining realtor Casey Duncan for the third annual Bowl for the Bank event on Saturday, Nov. 23.

From 10 a.m. to noon, Duncan is taking over the Alder Alley in Aldergrove and bowls with friends and strangers, alike, who are anxious to help out the hungry in our community.

“Clear out the cupboards and join us for a morning of fun,” Duncan added, noting space is limited and asking people to pre-register at caseyduncan@macrealty.com.

A Langley notary, recently crowned as businessperson of the year, has been given further recognition by Kwantlen Polytechnic University.

Lilian Cazacu, who graduated from KPU in spring 2009, was last month honoured by the Greater Langley Chamber of Commerce with the distinguised George Preston Businessperson of the Yera award. Shortly after, he was one of two KPU grabs given the Distinguisehd Alumni awards during the fall 2019 convocation.

Now, I don’t see a charity angle to this event, but I wanted to let you beer lovers out there know about an event coming up at the end of the month.

Tickets are $32 and available online.

And speaking of beer, die hards can mark their calendar now for next summer’s Clover Valley Beer Festival.

This event, presented by Langley’s own Property Twins, is returning Aug. 8, 2020 to the Bill Reid Amphitheatre at Cloverdale rodeo grounds. This event definitely has a charity angle. Partial proceeds from ticket sales go to Twins Cancer Fundraising – which as the title implies sees money go towards cancer research and support services. Last year’s event raised close to $6,000 for the cause.

For that event, more than 40 breweries will be pouring more than 80 different beers and ciders for 2,000+ attendees. 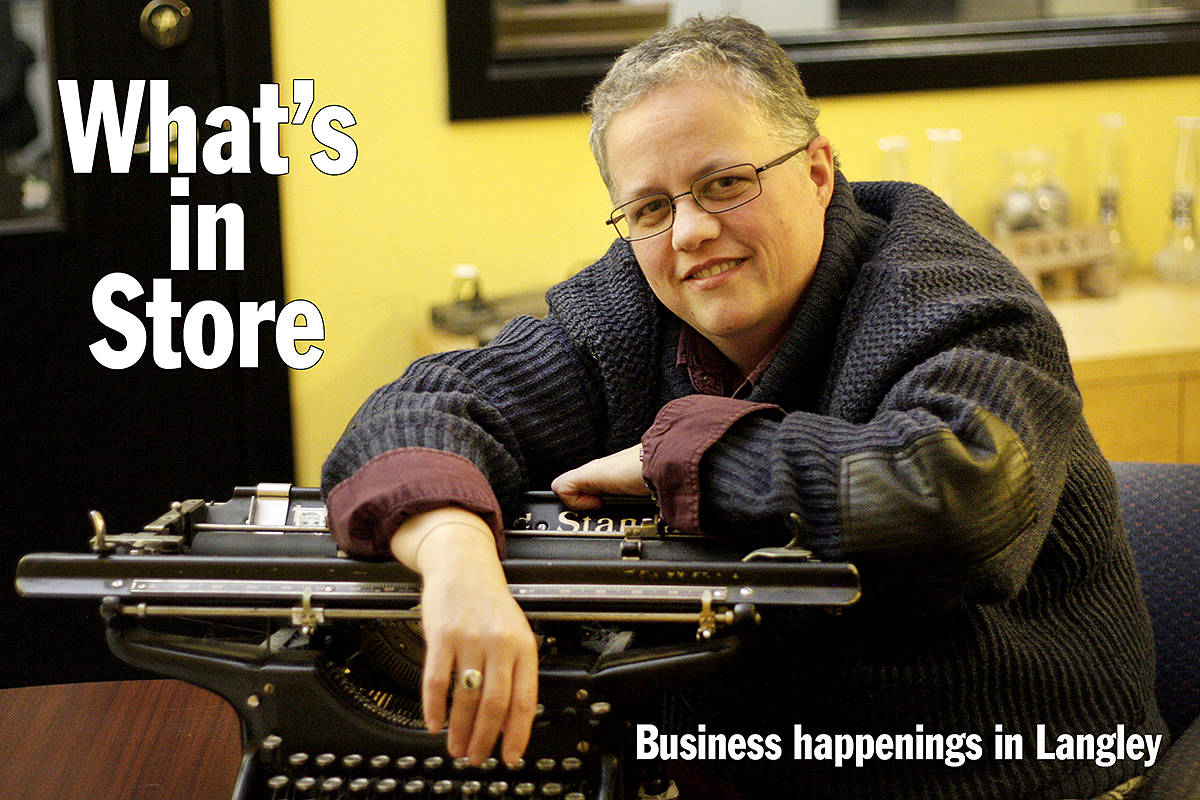 ELECTION: Langley Township councillor Eric Woodward will run for the BC NDP in Langley East

Will challenge another current Township councillor for the job

OUR VIEW: Election could well backfire on Horgan

Are voters angry enough to cast NDP out, after sending us to the polls in the middle of a pandemic?

Unofficial holidays: Here’s what people are celebrating for the week of Sept. 27 to Oct. 3

LETTER: Wearing masks is not an assault on people’s freedoms

COVID: Langley writer feels covering your mouth and nose for the sake of others is not a lot to ask