A Langley company is at the forefront of making windows that lose less heat during cold weather and let less heat indoors during hot weather.

Most Canadians are a generation or more past the time when homes has single-pane glass windows.

Double-pane, low-e windows are the most commonly used.

But even those windows are still about an R-2. (R value is the capacity of a material to resist heat flow). Standard house walls are about R-15.

So what’s the next benchmark? Mike Battistel, president of Cascadia Windows, unveiled it recently.

“Heat takes the path of least resistance and that’s the windows,” Battistel explained.

Passive House is a set of standards that require very little energy to heat and cool a home.

The company providing its more energy-efficient fibreglass windows to places around the globe has grown up in Langley and operates at a factory in Gloucester Estates. Now it has created Passive House windows for even more energy efficiency.

“Windows are one big part of the building envelope,” he explained.

Taking what he learned, Battistel returned to school for engineering at BCIT and went into construction assessment and building rehab.

In 2007, he and his partners started Cascadia.

“It was pretty evident that energy consumption was the next big thing,” Battistel said. “Windows play a massive role in that.”

At the time commercial windows were only available with aluminum frames. Cascadia makes fibreglass frames which are more energy efficient.

Now they’ve gone to the next level with the Passive House windows.

Cascadia has its foot in the door as construction rules change. Recently Vancouver mandated that all new public buildings meet Passive House standards. And, Langley Township has started its Green Build Permit program, which provides rebates for using construction materials that are more eco-friendly.

Cascadia is one of three Passive House window companies in North America and the only one using its own design. Others use European designs.

Cascadia’s more energy-efficient fibreglass windows are used in residential and commercial projects, and are already in the top 10 per cent of thermal efficiency in the industry.

“We want to go even further,” Battistel said.

The company is awaiting its Passive House certification to be finalized this summer.

The company’s gone to a three-pane window with a fibreglass frame, locks on all four sides to ensure the window contacts with seals or gaskets, argon gas between the glass to reduce heat transfer and other special features to be more energy efficient.

Yes, that extra tech makes the windows more expensive up front, Battistel confirmed. But he noted reduced utility bills and a life expectancy of 50 years or more – compared to 10 to 20 years on most residential windows.

He pointed to the Belmont strata building in Vancouver, which went with his company’s fibreglass windows (not its Passive House windows), and third-party testing showed its heating costs went from $18,000 per year to $2,000. 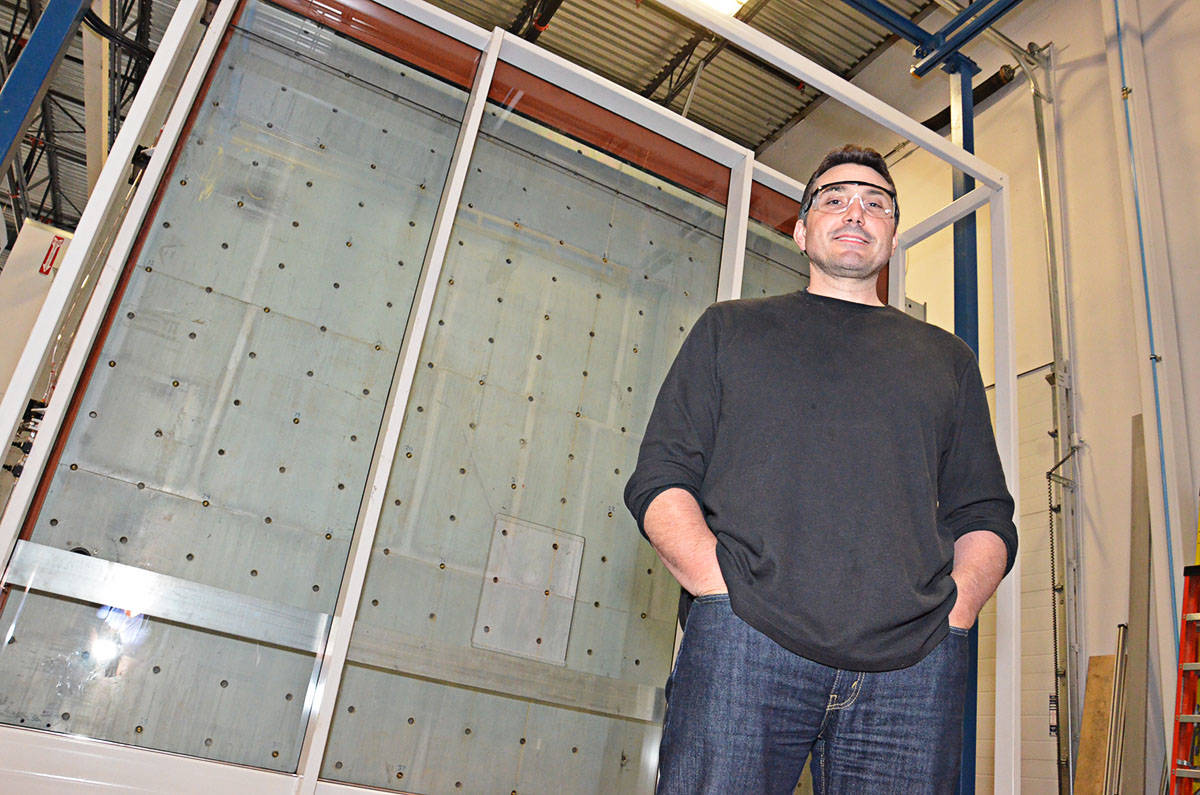 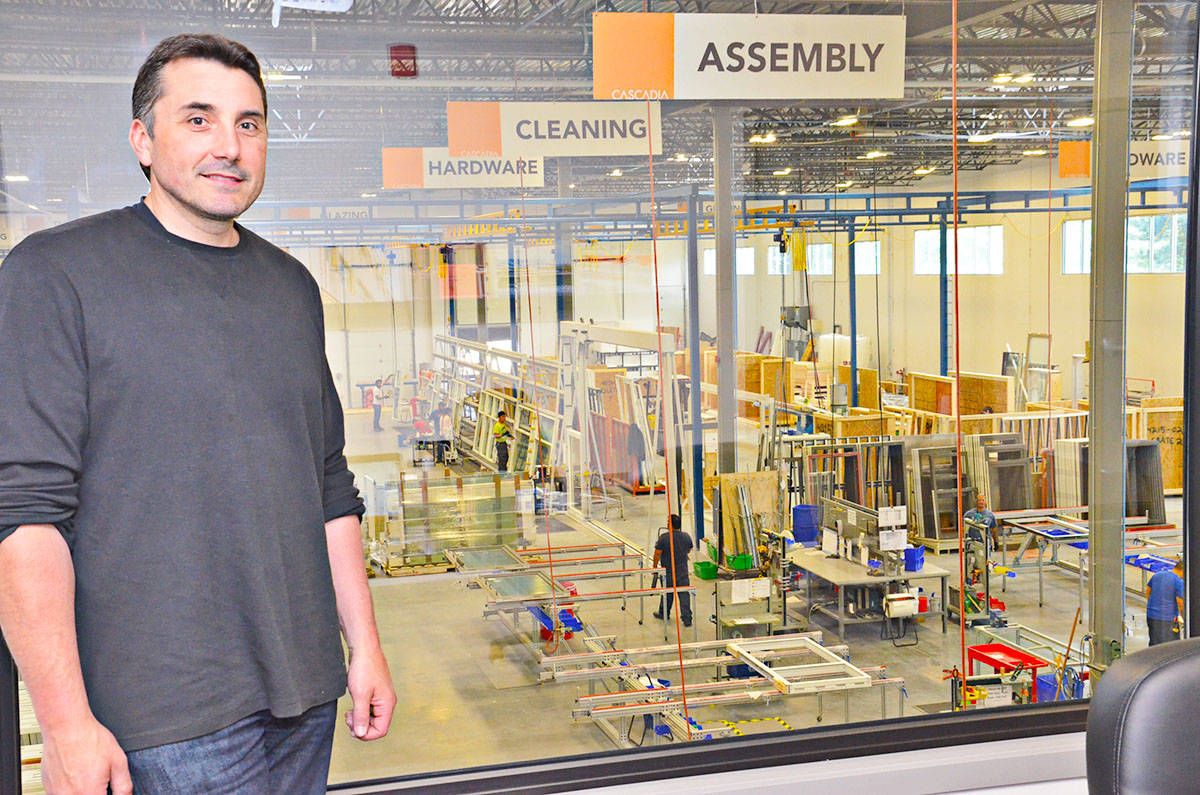 About 70 people work at Cascadia Windows which is based in Gloucester Estates. 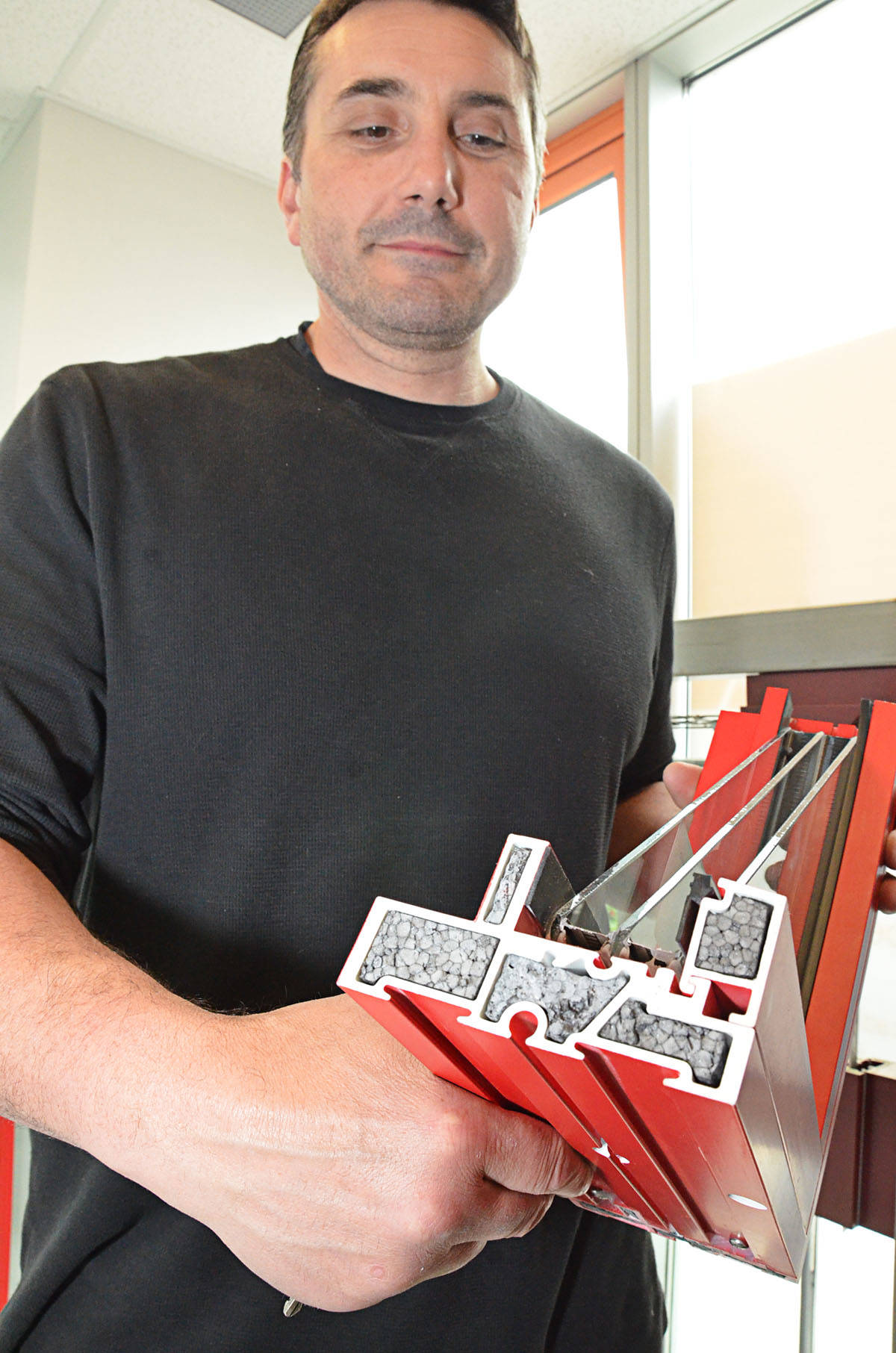