Nominations are being sought for Langley employers who celebrate inclusion in the workplace by hiring people with disabilities.

Copying a seven-year-old Ontario program, the Rotary Clubs in District 5050 (representing most clubs throughout the Lower Mainland, including the four here in Langley) united and launched a similar initiative here earlier this year called Rotary at Work B.C.

Part-time realtor Dave Stark, a member of the Rotary Club of Langley Sunrise, is heading up the initiative.

And in that role, he was in my office earlier this week sharing news of this fledgling program designed to make a business case of hiring people with developmental disabilities.

While he was here, he listed some statistics speaking to the pros of inclusive hiring, but he was also here to tell me about an upcoming celebration where he hopes to spotlight a few Langley businesses that exemplify “inclusion” in their workplace.

Employers don’t adopt such hiring practices for the sake of recognition, Stark said. But there are some who are definitely deserving of being honoured.

“These accolades are meant for employers who believe in, and support employment for adults with with developmental disabilities; someone who goes above and beyond their job to create a welcoming workplace, where everyone feels valued and respected,” Stark said, asking community members to help by nominating worthy Langley businesses.

The Celebrating Inclusive Employers event is slated to be held at Chartwell Renaissance on Oct. 15 at 7 p.m. The reason I’m telling you about it now is that the deadline for nominations is fast approaching.

The real key to Rotary at Work BC is using the Rotary network to spread the word, said Stark, who took on the project a few months back.

And while his efforts are focused on the Lower Mainland this year, he expects to take the program throughout the province next year.

“The goal of the Rotary at Work BC project, in cooperation with all of the sponsors, is to help address the unemployment rate for people who have a disability; at the same time, better inform business owners about the benefits and strong business case for becoming an inclusive employer and tapping into this growing demographic,” Stark elaborated.

PHOTO: Local realtor and Rotarian Dave Stark has taken on the coordination efforts for Rotary at Work BC. (Troy Landreville/Langley Advance)

Now, the reason I mentioned the Rotary event sponsors was to provide a segue into this note about Lantrax CEO and founder Rod Wainwright.

It just so happens this company – located on the Langley-Surrey border – has made the 2015 Profit 500 list. It has been ranked 257 with five-year revenue growth projections of 231 per cent. Impressive!

Here’s a little background on Wainwright and his firm.

He started this company out of a spare bedroom in his Langley townhouse back in 2003, which served as headquarters until 2006 when he expanded and moved into an office.

Today, Lantrax is in a two-storey, 11,000-square-foot facility in Port Kells with 17 employees.

Lantrax is a third-party freight brokerage firm that specializes in over-the-road truck and inter-modal freight service throughout North America. In the past four years alone, it has grown from $3-million to $11-million revenues by focusing on mining, construction, and resource extraction industries.

Wainwright, who was crowned Langley’s businessperson of the year last year, is well deserving of the recent Profit 500 ranking.

Since becoming a mother, Langley’s Stacey Kosturos has taken up advocating for child passenger safety, young Melina and Dimitri being her primary motivation.

In her capacity as a mom, Kosturos helped host a car seat clinic this past Sunday where parents could have the installation of their seats checked by nationally certified car seat technicians – like herself. “We are all volunteers putting on this event,” she said, expressing her passion for the matter.

“Unfortunately, approximately 90 per cent of parents are misusing their children’s car seats in some way,” Kosturos added, noting that the events are being hosted by Graco Canada.

This week’s clinic will be held on Sunday, Sept. 27 in the Langley Wal-Mart parking lot.

Those parents interested are encouraged to bring their vehicle and car seat manuals along, as well as kids (but that’s not necessary).

While the event is free, registration is required by calling the chamber at 604-371-3770 or info@langleychamber.com.

Later in the month, the chamber holds its monthly dinner meeting at Tuesday, Oct. 20, followed by the monthly lunch and learn at Wednesday, Oct. 21.

Most significant, the chamber is hosting its 19th annual celebration of excellence on Thursday, Oct. 29.

Langley Township is gearing up for its fifth annual economic forum.

This year’s event, themed age-friendly development, is being held on Thursday, Nov. 5.

The event is being held at Langley Event Centre, from 11:30 a.m. to 3 p.m., featuring guest speakers Tim Bontkes at Infinity Properties, Mike Harcourt from Age Well, Dr. Roslyn Kunin of Roslyn Kunin and Associates, and Andy Warkentin of Quadra Homes.

Since space is limited, and registration is mandatory even though there is no cost to attend, including lunch. Deadline is Monday, Oct. 26. Registration online at tol.ca/economicforum2015.

Tim Hortons’ annual Smile Cookie campaign has wrapped up for another year, bringing even more smiles to kids in communities across the country.

For the past week, Timmy’s restaurants throughout Langley have sold fresh baked chocolate chunk smile cookies for $1, with all the money going to the BC Children’s Hospital.

“With the support of Tim Hortons, BC Children’s delivers the best in care to children from across the province,” Nicholas said.

The Smile Cookie campaign began in 1996 in Ontario and has spread since then.

This year, Tim Hortons and BC Children’s Hospital Foundation celebrate a milestone in funding: $1.5 million raised in 13 years of support from Smile Cookie week has helped the hospital purchase vital medical equipment for the treatment and care of BC’s sickest and most critically injured children.

A Willowbrook daycare and preschool is hosting a public farmers market and pumpkin patch that will benefit Make-A-Wish B.C.

On Saturday, Oct. 3, Jellybean Park childcare facility is hosting the public event in its large parking lot and playground, from 9 a.m. to 1 p.m. The day will feature fun, family-friendly activities including pony rides, facepainting, pumpkin carving, as well as numerous local vendor and artisan exhibits.

The crisis is Syria and the subsequent surge of migrating refugees has been front and centre in the news lately after the painful images of a three-year-old body washed upon a Turkish beach spread rapidly around the world.

Unfortunately, with this plight coming to light, the reality of scammers trying to milk people for money under the guise of helping the refugees.

The Better Business Bureau in Vancouver issued a warning to people to watch for these scammers claiming to be collecting for Syrian refugee assistance.

There have been call for governments to do more to help the struggling Syrians displaced by war has increased, and this sentiment is being felt on the local level as people open their hears and wallets to help their fellow humans, explained BBB’s senior communication advisor Evan Kelly.

“Tragedies generate a lot of sympathies, but as we’ve seen in the past, they also attract a host of scammers who care little for the cause and only want your money,” Kelly said.

“BBB simply wants to remind those who want to give to be aware of questionable solicitations, websites or crowd funding campaigns that ultimately have little to do with helping people.”

Anyone who is concerned, or thing they may have been the victim of a scam is asked to contact the nearest RCMP or police station, as well as the BBB at www.bbb.org/mbc.

– Be cautious when giving online. Be wary of spam messages and emails that claim to link to reputable relief organizations. Go directly to the charities website.

– Hover your mouse over a link to determine destination.

– Fake websites with the right look and feel can be set up quickly, so be the instigator and go to the website yourself and avoid any spam.

– Give to charities you have given to in the past.

– Be cautious of third party recommendations for charities. The Canada Revenue Agency (CRA) has a list of all registered charities in Canada. Financial statements are available as well.

– Find out if the charity has a presence on the ground in impacted areas. If not, it may be difficult to bring in new aid workers to provide assistance quickly.

– Be wary of crowdfunding. Many instances in the past found crooks setting up crowding funding sites to raise money for themselves under the guise of help. Reach; establish credibility.

– Be cautious if solicited by a charity at your door. Ask plenty of questions.

– Contact organization directly to see if they have people working in your area. 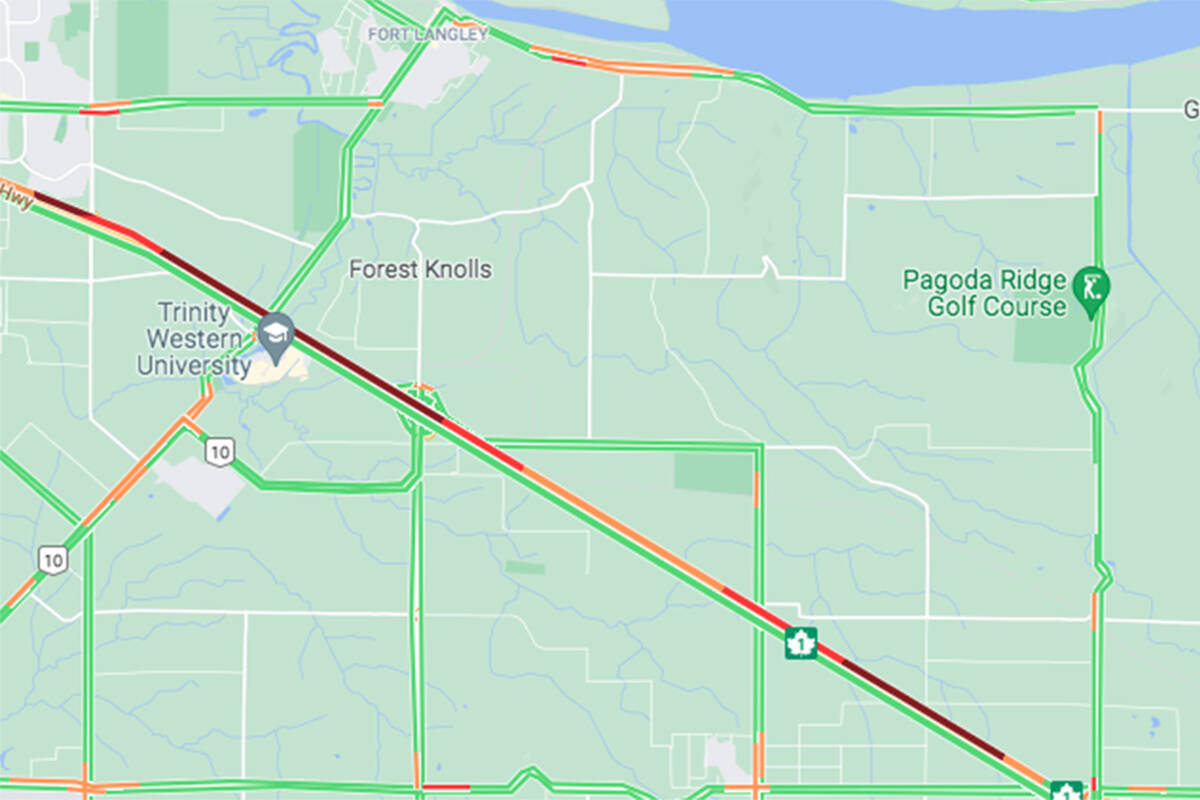