Loss of a mural from the side of a downtown Langley building doesn’t jeopardize the City’s quest to become the mural capital of B.C.

Rcent repainting the exterior of a business and residential building in the 20200-block of Fraser Highway included covering over the fading Spark Your Senses mural, which featured green and blue circles on the top portion of the east wall.

“I didn’t hear anything from anyone as to why the mural was covered, but because they painted the entire building a different colour I’m assuming it was because the building needed to be painted?” Teri James, executive director of the Downtown Langley Business Association, said when asked about the disappearing artwork.

“I noticed that the mural had become quite faded over the years, so maybe that was a factor. But I don’t know for certain,” she added, noting that all murals painted as part of the DLBA mural program have a coating applied afterwards that protects them from fading and the elements.

While that one has been covered over, James said that Langley is still vying to steal the mural title from the Vancouver Island community of Chemanius.

“I think Chemainus has over 50, so we’re gaining on them,” she said with a chuckle, noting more murals are going up around town this spring and summer.

Just down the street in Salt Lane, Alex Stewart finished up his latest mural in the core a few weeks ago. That was Stewart’s third mural in Langley City, added to his daisy wall at C-Lovers on Fraser Highway, and his “Preserve What You Love” mural on the side of Balkan Signs, just off Douglas Crescent near 204th Street.

Many of the murals around town have been painted by Langley City artist Judy Pohl, but in recent years many other artists have been stepping up to expand the variety and styles.

The next one is coming anytime, James said, in the alcove entrance to Hempyz, where Pohl’s daughters Madalynn and Cassandra will be painting a smaller mural. And there are three or four more to come soon, she said.

Stewart’s recent work on an outdoor canvas brings the total on the City’s mural walk to 24, plus what’s scheduled to come in the coming months.

James is looking to expand what she referred to as the outdoor gallery in downtown Langley City, and said she’s always hunting for “good mural walls,” around the core. Any building owners willing to volunteer their space can contact her at 604-539-0133. 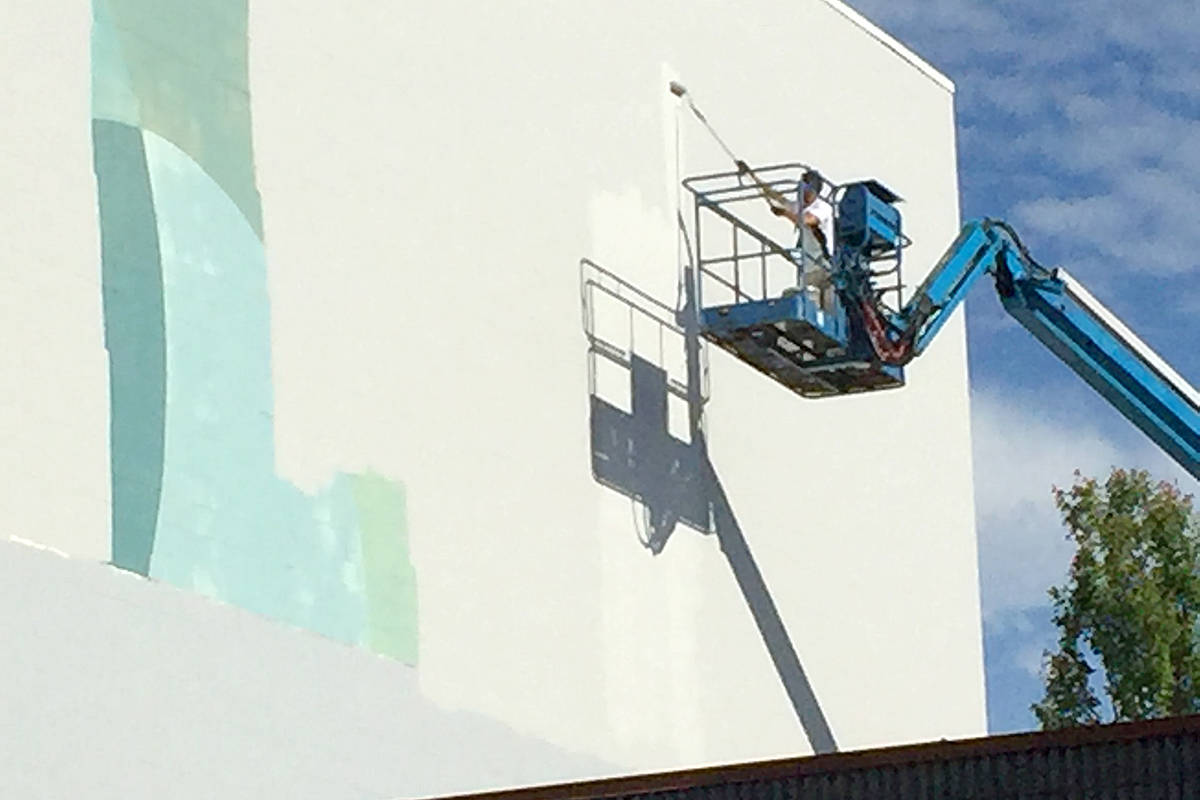 Disappearing circles will not deter Downtown Langley Business Association from its quest to grow its gallery of murals. (Roxanne Hooper/Langley Advance Times)

To the beach! Spain opens borders to tourists, cruise ships