Langley City could be home to about 200 more units of seniors rental housing if a new complex goes ahead.

Two six-storey buildings would make up the complex planned for land in the area of 209th Street and 210th Street on Old Yale Road.

“We’re very close,” architect Robert Billard said about when he will seek rezoning for the project.

Area residents were invited to an information meeting in late September on the unique project that has both one and two bedrooms units, ranging from about 450 to 800 square feet.

The complex will feature a continuum of care from independent living up to units for those requiring assistance.

“They will be connected with trellised walkways and landscaping,” Billard explained.

The exterior would include outdoor seating and space for outdoor recreation of those living there.

The plans call for a large restaurant, a dining area, and some retail space as well as “a lot of multipurpose spaces”, a media room, a hair salon, a clinic and pharmacy, he said.

The project has been designed not to impose on the neighbours, including having the upper floors step back and the buildings curve away from the neighbours.

Between the two complexes are a handful of homes.

He said the project has received a good reception from those neighbouring homeowners.

“There are thoughts in terms of having a phase 2, if those neighbours are interested in selling,” he added.

At the meeting, they provided feedback on local water issues. Because the project calls for underground parking so ground level lands can be used for other purposes, the geology and hydrology of the site are key considerations.

“When you go underground, the weight of the building and the water table will dictate what we build the building out of,” he explained.

The project is similar to an age-restricted development north of the Fraser River.

“It’s a private developer who has another facility in Maple Ridge,” Billard said.

Billard said this is their first project in Langley City and may not be the last.

“It’s been an actually pleasure working there,” he said. “We’ve actually kind of shifted our business focus to try and get more out there.”

It comes down to the reception received from City hall and the ease of navigating the approvals/development process.

Once the paperwork is done, construction would be expected to start in 2019.

While Billard is incorporating energy efficient products and environmental considerations, he said the project won’t pay the extra fees to pursue LEEDS certification.

He doesn’t expect the rents and unit costs to be out of reach for all but the wealthy.

“That would be counter-intuitive in my opinion,” he said.

There needs to be convenient, healthy, active places for seniors to live that have the institutional components, “but they have to be beautiful places that you want to live,” Billard noted. “I’m going to design it so that it’s a place that I want to live.” 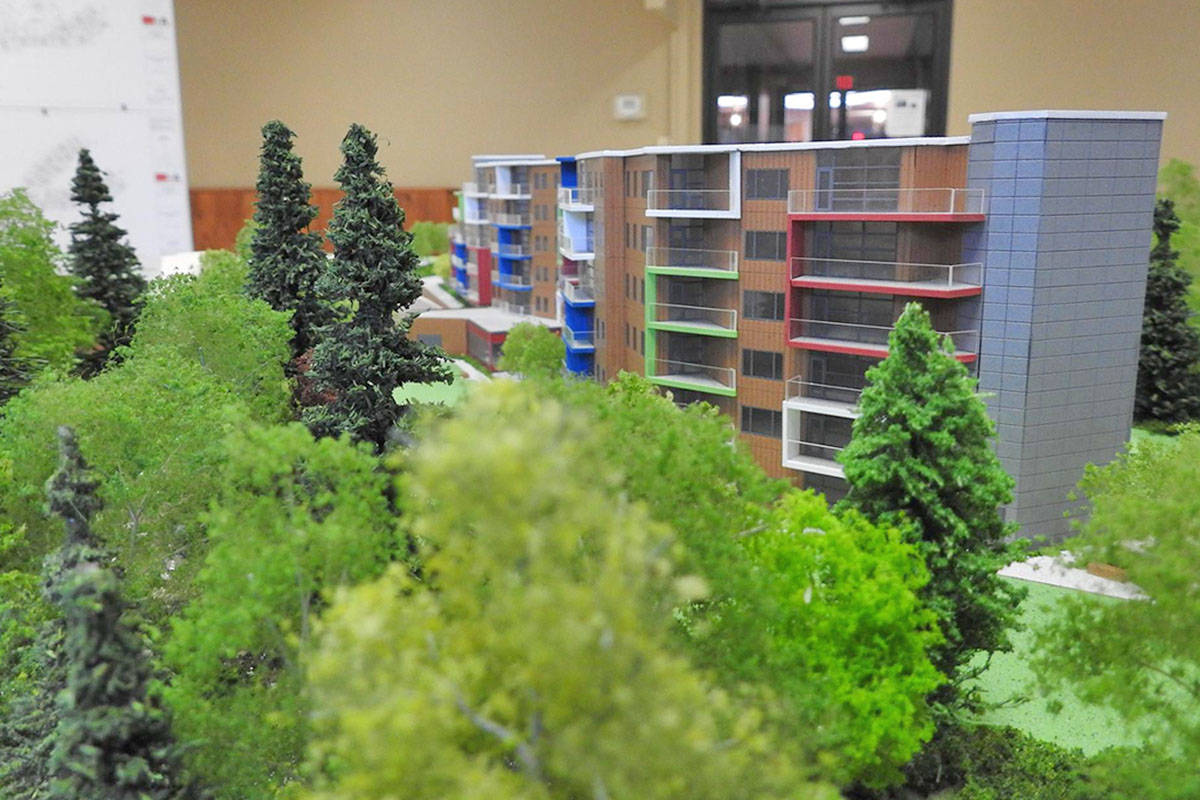 A model shows the two complexes on Old Yale Road and bounded on the south side by Murray Creek. 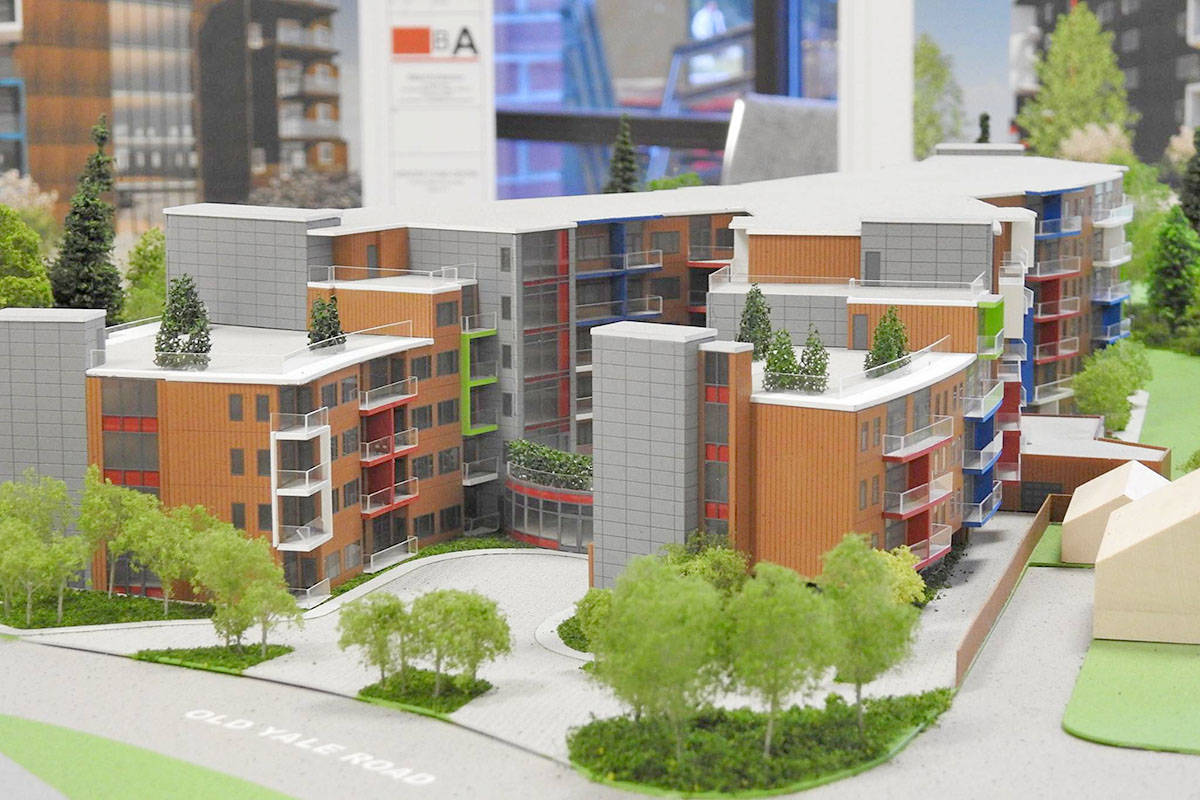