With COVID-19 pandemic restrictions subsiding, many are calling on Canadian and United States governments to reopen land borders to non-essential travel.

The limitations have not only hurt the tourism, shopping, and recreation industries – but the border security sector itself has experienced a significant drop in services.

However, as of Monday, July 5, fully vaccinated Canadians and permanent residents will be able to skip the 14-day quarantine – meaning traffic volume will likely increase.

Travellers must use the ArriveCAN app or web portal to log their vaccination details, plus results of a negative COVID-19 test less than three days old.

Mandy Hodge, Chief of Operations at the Aldergrove port of entry, said she is proud of frontline officers who have been dedicated towards serving the public interest.

“The border never closed, and they have shown up every day to keep people safe and cargo flowing,” Hodge noted.

Between March 2020,and May 2021, the Aldergrove port of entry processed over 100,000 vehicles in the traffic and commercial operations.

During the same period, the Pacific Highway District processed over 1.2 million vehicles in the traffic and commercial operations.

“Over the last 15 months, it’s been extremely important to keep goods flowing,” Hodge explained. “Aldergrove has a state of the art commercial processing facility and coupled with easy access to Highway 1, these factors have contributed to an efficient flow in regards to the increase in commercial truck traffic through our port.”

Despite the decrease, CBSA was quick to note that the flow of illegal weapons and substances was still abundant in Aldergrove throughout the pandemic.

In July of last year, a commercial driver entered Canada through the Aldergrove crossing hauling various countertops. During an exam, two small bags containing a dark tar-like substance were located – ultimately testing positive for heroin. A total of 5.8 grams of suspected heroin was seized.

A family attempted to enter Canada through the Aldergrove port of entry in transit to Alaska the following month and declared five firearms when an additional seven undeclared firearms – six long guns and one handgun – were located and seized.

Just this past month, a prohibited semi-automatic firearm was discovered in the RV of a couple seeking entry – leading to the seizure of an undeclared prohibited pistol, a shotgun, six bottles of undeclared wine, a bottle of undeclared bourbon, CBD pills, THC gummies, CBD cream, and four vape cartridges containing cannabis oil.

In total in the past 12 months, there were 97 firearm seizures and 1,137 drug seizures throughout the Pacific Highway District.

As of March 2021, the CBSA had more than 900 border services officers employed in the Pacific Region, with over 250 officers working in the district.

“We want to let the public know that the Aldergrove port of entry is a close alternative to Pacific Highway Commercial Operations, which sometimes sees long border wait times for commercial processing,” Hodge added.

The Canada-US border remains closed to non-essential travel until July 21 when it will be re-assessed. 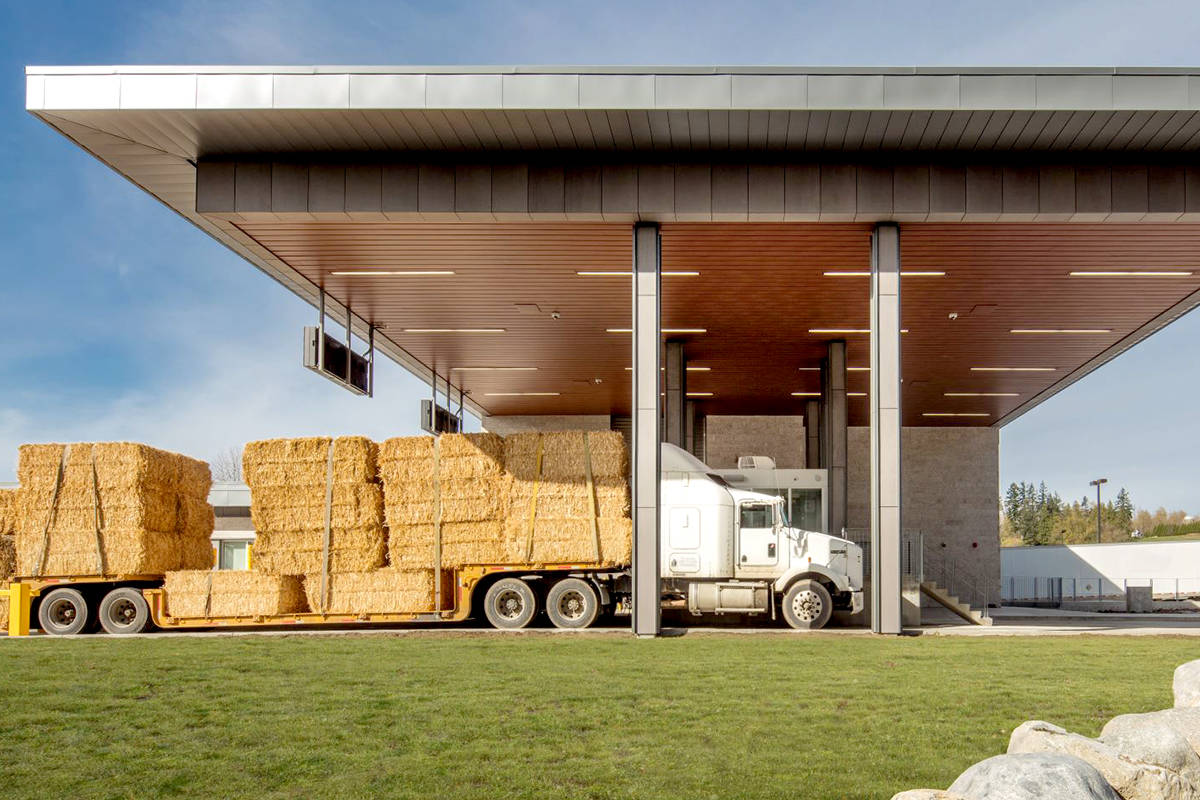