A Vancouver mom with Langley roots is one of the minds behind a new screen-free toy for kids.

Luna Cheng, who moved from Taiwan to Langley when she was 13 years old, and graduated from the Langley Fundamental school, is working on a startup product called BoredBox with her business partner, Kate Isaac.

“It was about a year and a half ago when my business partner, Kate, had the idea and approached me. I thought it was a great idea because I desperately needed something like this as well. I figured if we both needed it, then there must be a need for it.”

BoredBox is a self-contained activity kit that includes materials for a range of activities, such as a chalkboard, markers, puzzles and colouring roll.

Since the BoredBox is still in its early stages, it can be pre-ordered online. After receiving the BoredBox, parents can opt-in to a subscription service to receive activity refills to their homes on a regular basis.

Cheng has a three-year-old daughter and another baby on the way. She said her daughter has enjoyed the BoredBox at home and on lengthy plane rides.

“We are hoping to provide a screen-free alternative for children.”

Cheng said she and Isaac ensured the BoredBox was made with environmental materials and a minimum of packaging because they “want to create a good example for our kids.

“The other thing we are passionate about is the reduction of plastic waste. What happens is, parents go to the dollar store to keep their kids entertained without a screen, but that creates a lot of plastic waste. With BoredBox, everything comes in a canister that’s printed on recycled paper. We are really conscious of reducing plastic waste.”

Cheng and Isaac created three prototypes of the project as they worked to perfect the final design. The women have launched an Indiegogo campaign, which uses crowd funding to finance the project before its official launch.

“We’re two working moms so we don’t have a ton of capital behind this. We’re doing crowd funding to make sure we have the capital to start and to make sure the quality and the prices are affordable. The more we sell, the cheaper it gets per box.”

Cheng said the BoredBox is suitable for children aged three to 10, and all activities are gender-neutral. 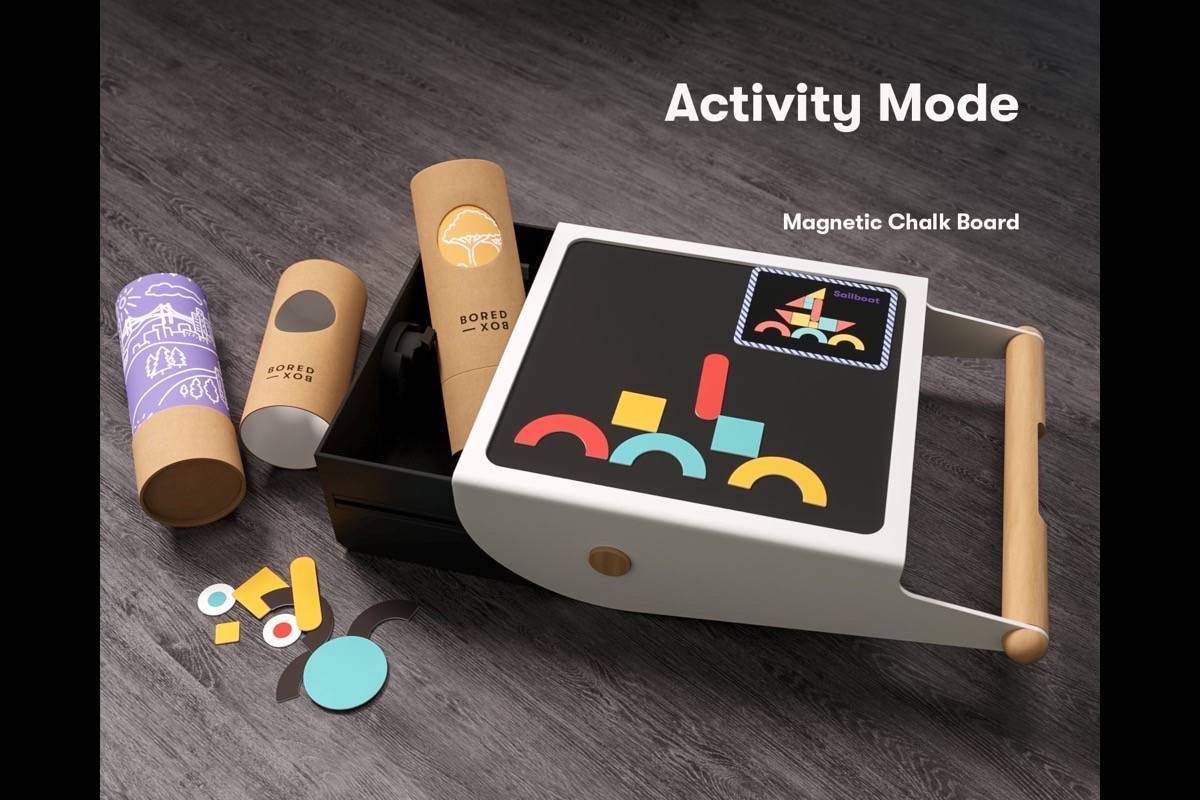 The BoredBox is shown in its ‘activity mode’ with a magnetic chalk board. Courtesy The Social Agency 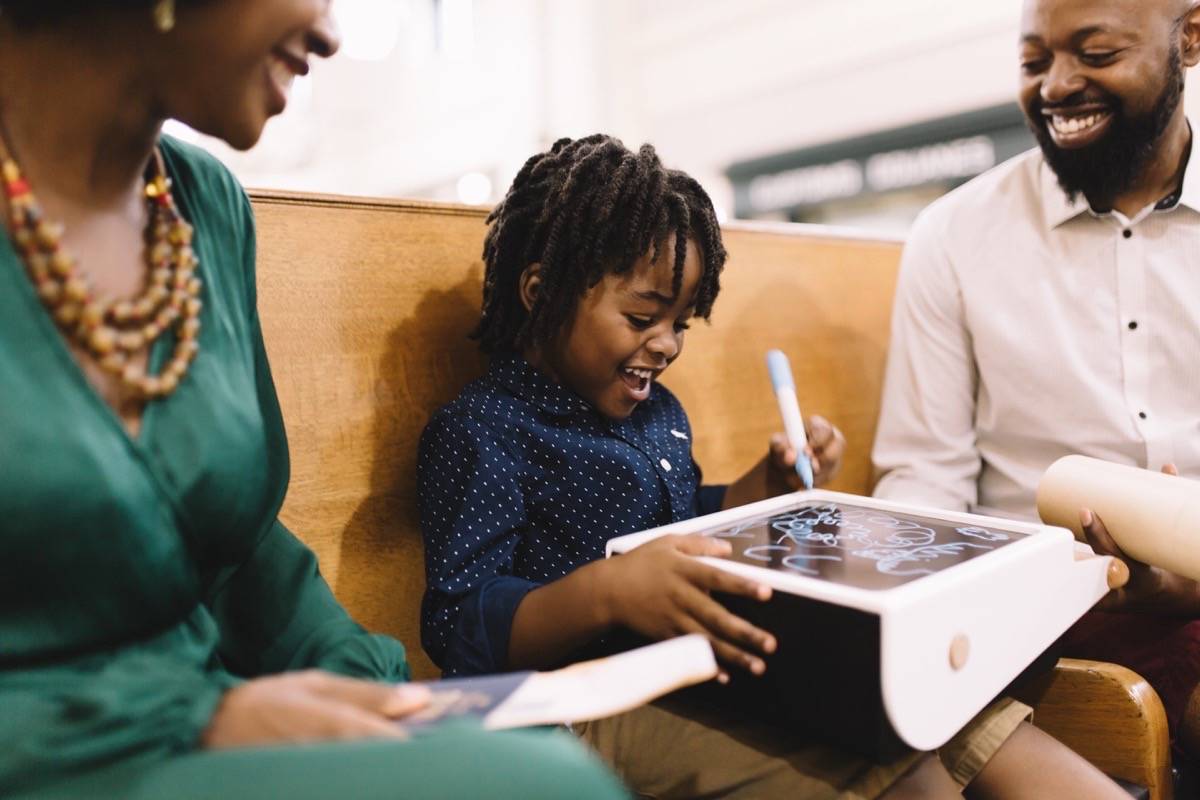 A child is seen playing with the BoredBox. Courtesy The Social Agency