For Saman Hassan Nia, the chef at the Avishan Authentic Middle East Grill, the Fork and Finger event on Saturday (Aug. 24) was a great opportunity to transform one-time visitors into repeat customers.

“It helped people to find us.”

Avishan, on Douglas Crescent, was one of the 19 Langley City establishments taking part in the annual event that allows food fans to sample a wide range of items.

It represented the largest number of business to ever take part in the annual festival.

“This is my passion,” Hassan Nia said, as he handed another small sampler to visiting customers.

During the 11 a.m. to 4 p.m. period that the event was underway, he said Avishan sold out all 100 of its sample boxes.

Just down the street at the Red Velvet Cafe, Gary Williams from Aldergrove was sampling one of the decadent cinnamon buns with organic coffee available to passport holders.

At McBurney Plaza, there was little seating room to be found for demonstrations by award-winning barbecue pitmaster Kevin Legge of “Big Dog BBQ,” who was a big hit at the 2018 Fork and Finger, as well as celebrity chef Spencer Watts, whose resume includes television shows Fish the Dish, Watts on the Grill and Spencer’s Big 30.

Demonstrations featured local products available from area businesses, including All of Oils and 1 Fish 2 Fish.

It was the first of three events that day for McAllister.

This year, for the first time, the event ran out of the passports participants use to record their visits to participating outlets in downtown Langley City.

Laura Warren of Rare Affairs Event Management said planners were expecting an increase in attendance, so they printed 850 passports for people to use as they walked from business to business to get stamped for trying the $5 sample items.

Filled-in passports were eligible for prizes.

When the stock of passports ran out, Warren said menus were substituted, and businesses were told they could be used for stamps, too.

They handed out another 50.

“At least half [passports] were being shared,” Warren observed, because the sample portion sizes are not that small.

Based on that Warren estimated the total number of people who attended the event was likely around 1,500, or roughly double the previous year. 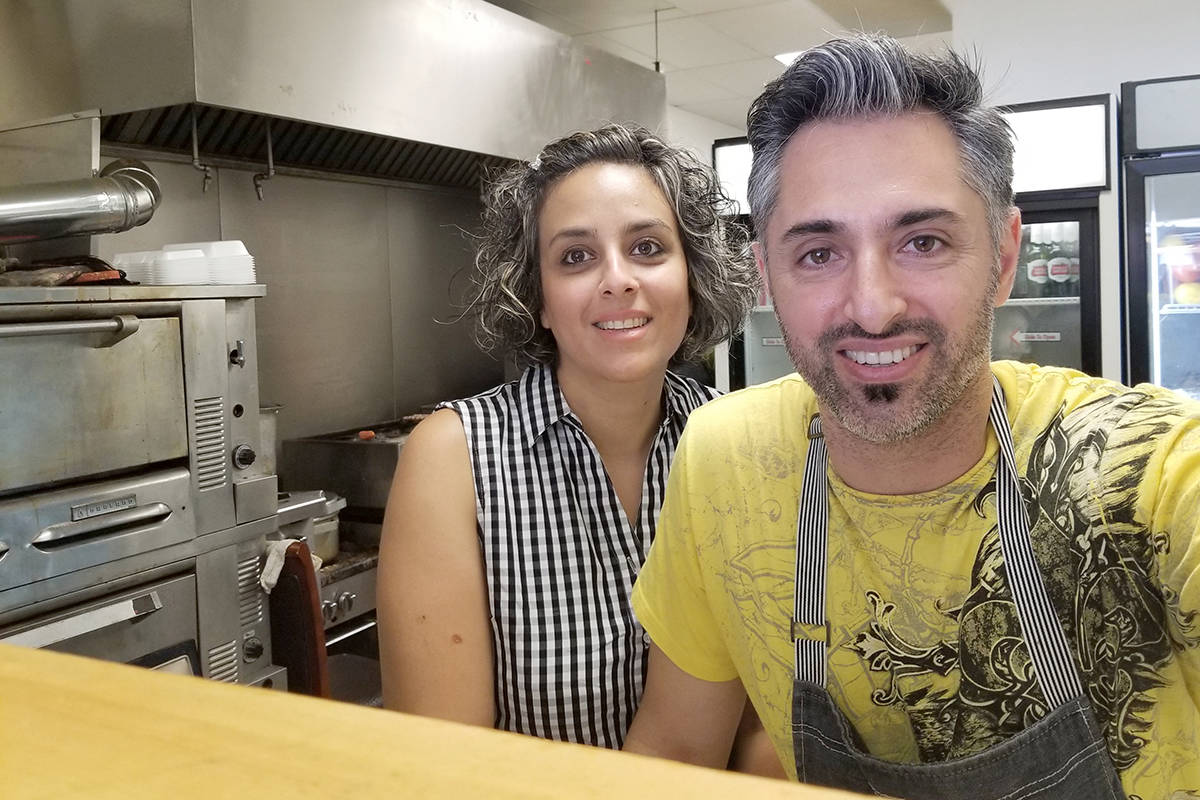 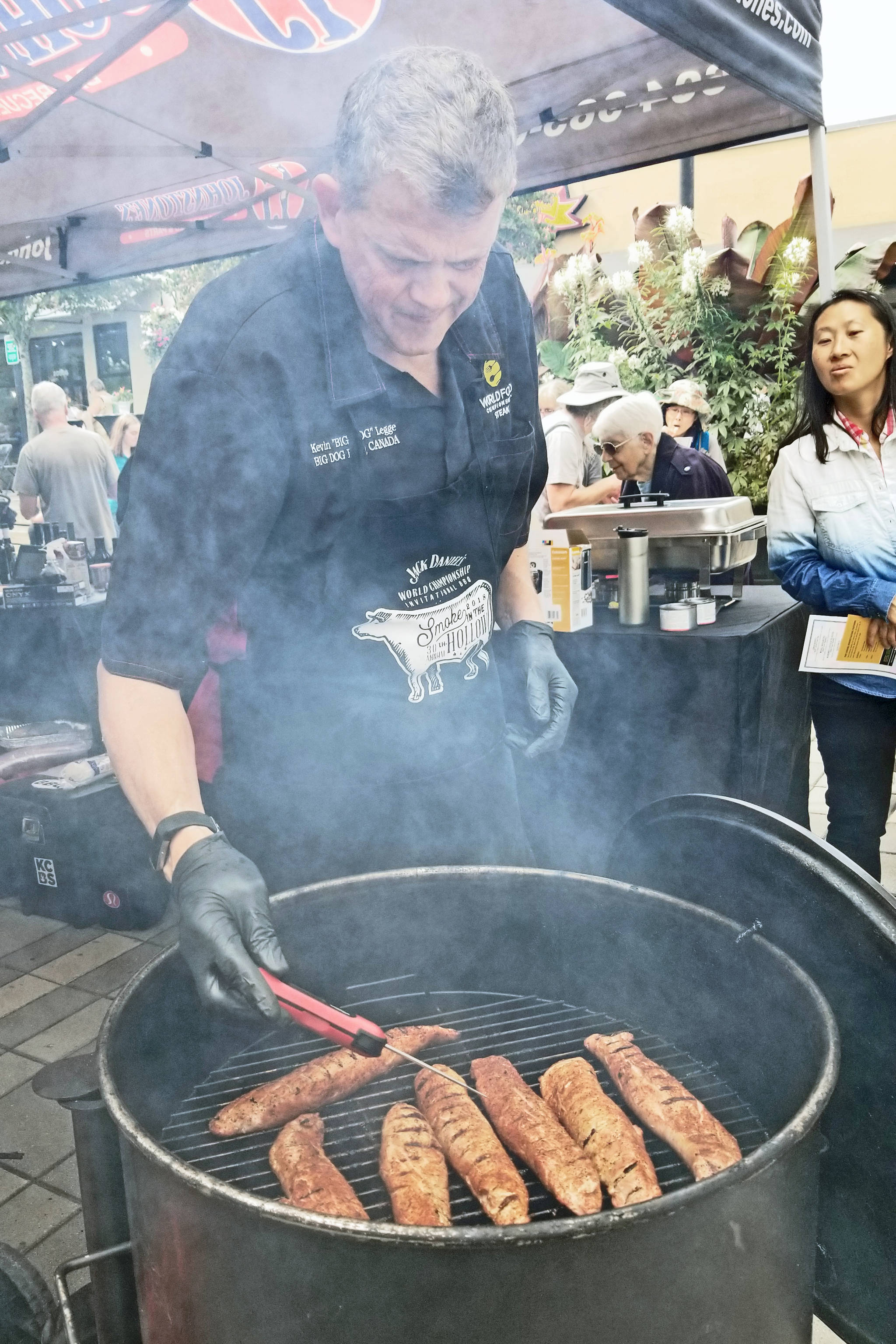 Award-winning barbecue pitmaster Kevin Legge demonstrated the art of grilling for an audience at McBurney Plaza at the Fork and Finger event in Langley City on Saturday, Aug. 27. Dan Ferguson/Langley Advance Times 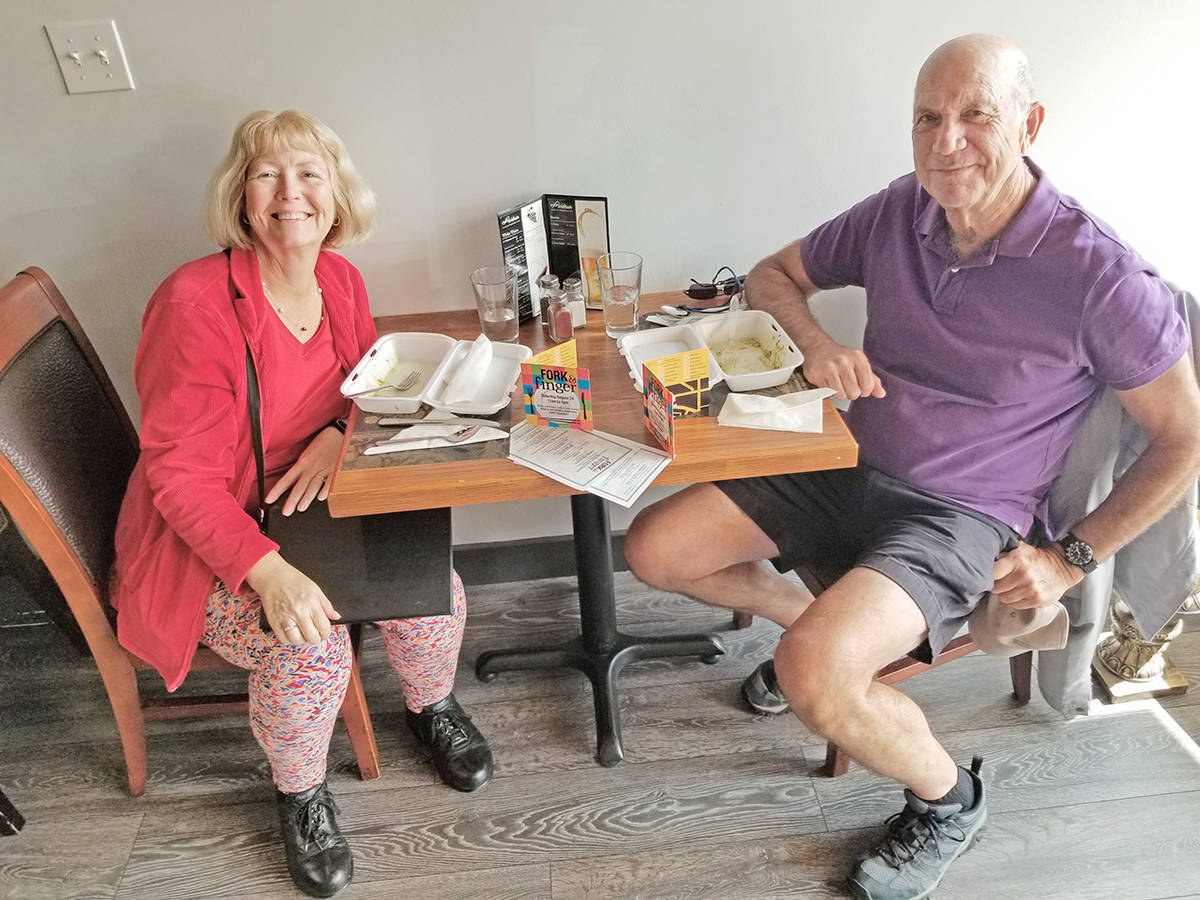 Anne Lavack and George Wellbanks were among the hundreds who sampled offerings from 19 Langley City outlets during the Fork and Finger Event on Saturday, Aug. 24. (Dan Ferguson/Langley Advance Times) 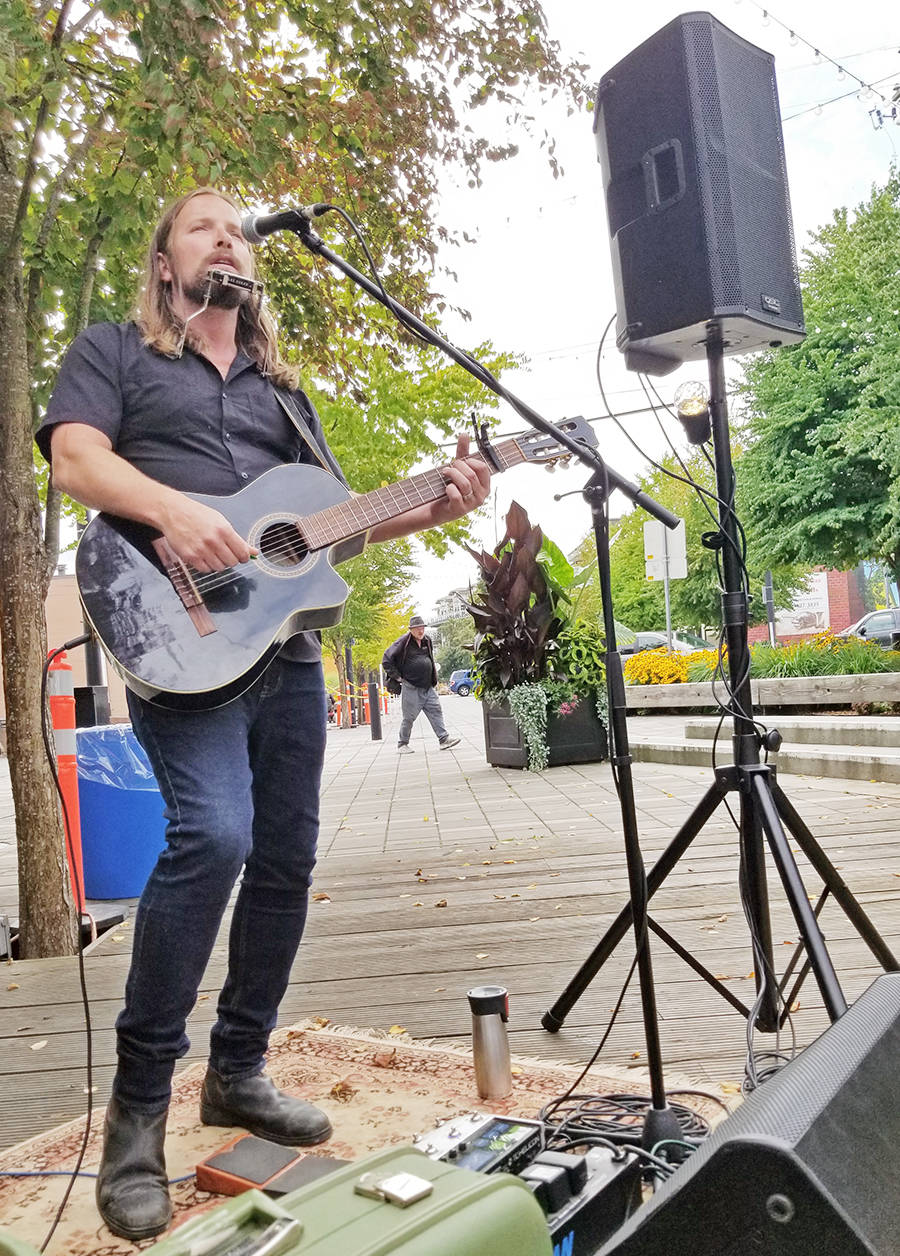 Singer, songwriter, and record producer Ryan McAllister performed live at McBurney Plaza during the Fork and Finger event in Langley City on Saturday, Aug. 27. It was the first of three events that day for McAllister. Dan Ferguson/Langley Advance Times 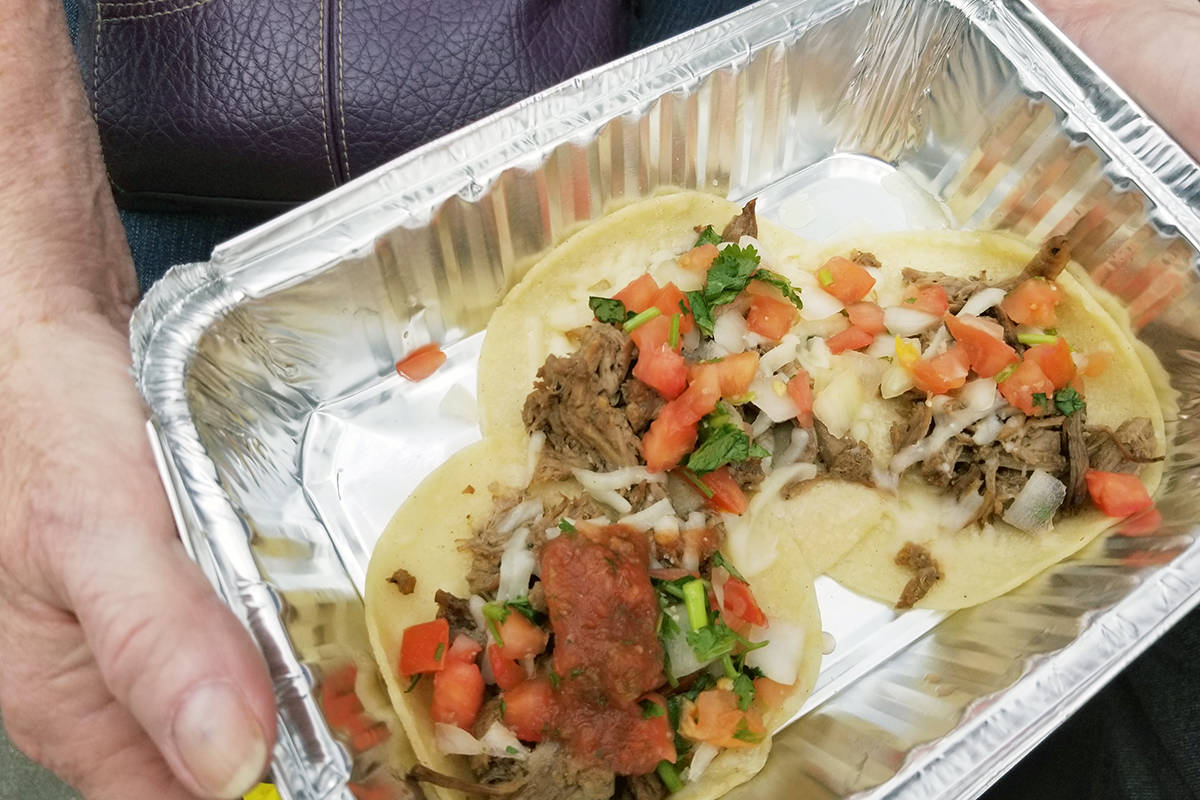 One of many tasty items available for sampling at the Fork and Finger event in Langley City on Saturday, Aug. 27. Dan Ferguson/Langley Advance Times 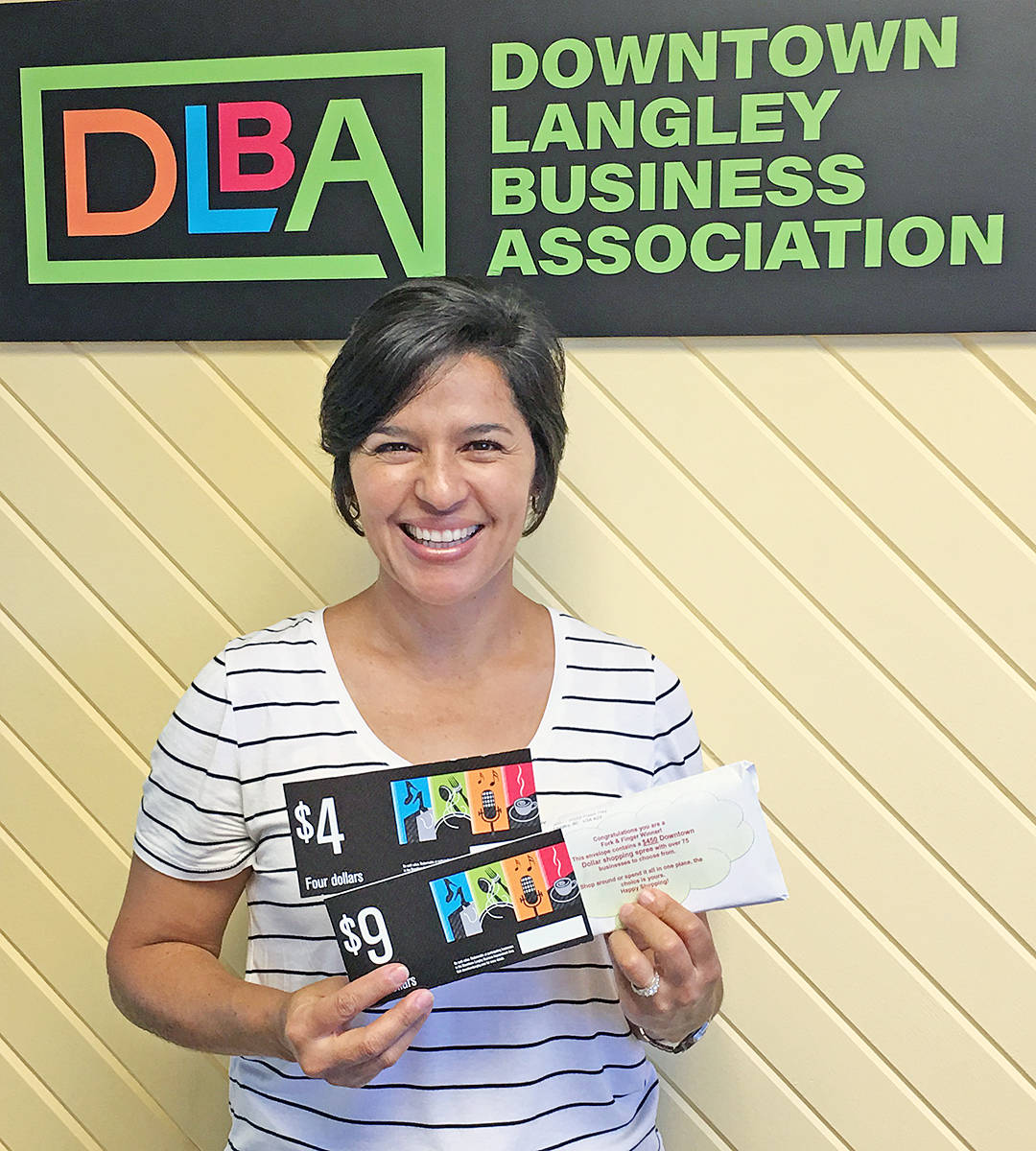