A classic movie line claims, “If you build it, they will come.”

In the case of The Range Indoor Shooting, which opened near the entrance to the Golden Ears Bridge recently, there is already an audience clamouring for what this facility has to offer.

It was a fact that he, his operations partner Keith Burville, and the two other business partners were unaware when they embarked on the plan, or even realized until the facility was completed.

The partners are, as Sikora described them, “a few buddies, law enforcement guys.”

And in many ways, that’s the audience this new recreational offering caters to: those in law enforcement, hunters, and maybe just a few buddies looking to enjoy shooting a few rounds.

There’s been a need for something like The Range for a long time, said Sikora, whose own injury served as the catalyst for this business.

“I got injured. Busted my elbow while doing training with the military police,” he explained.

“I had time off before deployment… I was looking to train [shooting skills] and there was nothing available.”

The facilities he needed simply didn’t exist – until The Range opened.

In addition to offering a tactical range reserved for law enforcement professionals, as well as a public shooting range, Silvercore Training provides on-site training in a variety of courses from the basics (gun licensing, bear defence, and competitive shooting) through to what those in law enforcement need.

“They manage all of the training out of here,” Sikora said of Silvercore.

He noted that a number of law enforcement agencies were already doing official training at the new Langley facility and the Range already has more than 1,500 members – of whom more than 500 are law enforcement.

This ongoing training and continuous engagement with weapons means those who use them are much more prepared and familiar, according to Sikora.

“Training is everything,” he said.

“You go back to your training when s*** hits the fan. Training, training, training. Once a year is not enough. I don’t think that anyone who has engaged with a gun in their job has ever thought they didn’t need more training.”

The Range now provides the location for those interested in advancing their skills.

This is done both through the Silvercore classes and the on-site shooting practice, a combination which, to Sikora, makes perfect sense.

“There was no other facility [that offered this] and this is what we’re trying to solve,” he said.

The only other semi-local gun ranges are that of the Vancouver Police and Pacific Region Training Centre in Chilliwack.

The difference between these facilities and The Range (besides the local aspect) is that with both a tactical and a public range, there are options for everyone; like participant, John Davies who was on the public range shooting a rifle.

The tactical range allows law enforcement the ability to holster, sling long guns, and move around in addition to bringing in vehicles and doing low-light shooting.

The public range is open seven days a week. It’s also one of the few facilities in Canada where the public can shoot guns like the Sig Sauer P226 or a Barret M99 BMG .50 cal. – guns this reporter was able to try out while visiting The Range.

Davies poked his head around the partition and gave a grin after the .50 calibre bullet finished its deafening explosion from the Barret M99.

Shooting it is definitely an experience not easily forgotten.

Setting up the facility was no small accomplishment. Sikora credited the Township of Langley for its support in making The Range a reality.

In addition to the Township, Sikora and his partners went through a large amount of red tape with other governing bodies to ensure the facility was safe on all fronts.

“The Township has been awesome,” he noted and added that the diligence in ensuring the facility was done right is obvious.

“There have been about 12,000 individual shooting experiences and about 100 rounds on average and not a single incident.”

For the community, the benefit of having The Range locally is the support of law enforcement personnel who are thankful to have such a facility and are willing to train, Sikora insisted.

“The amount of training that goes on here by law enforcement on their own time and on their own dime – that’s what you want,” noted Sikora. “These are the people taking [their training] over and above.”

This is the pay-off Sikora was hoping for – people who enjoy the ability to participate in shooting guns. 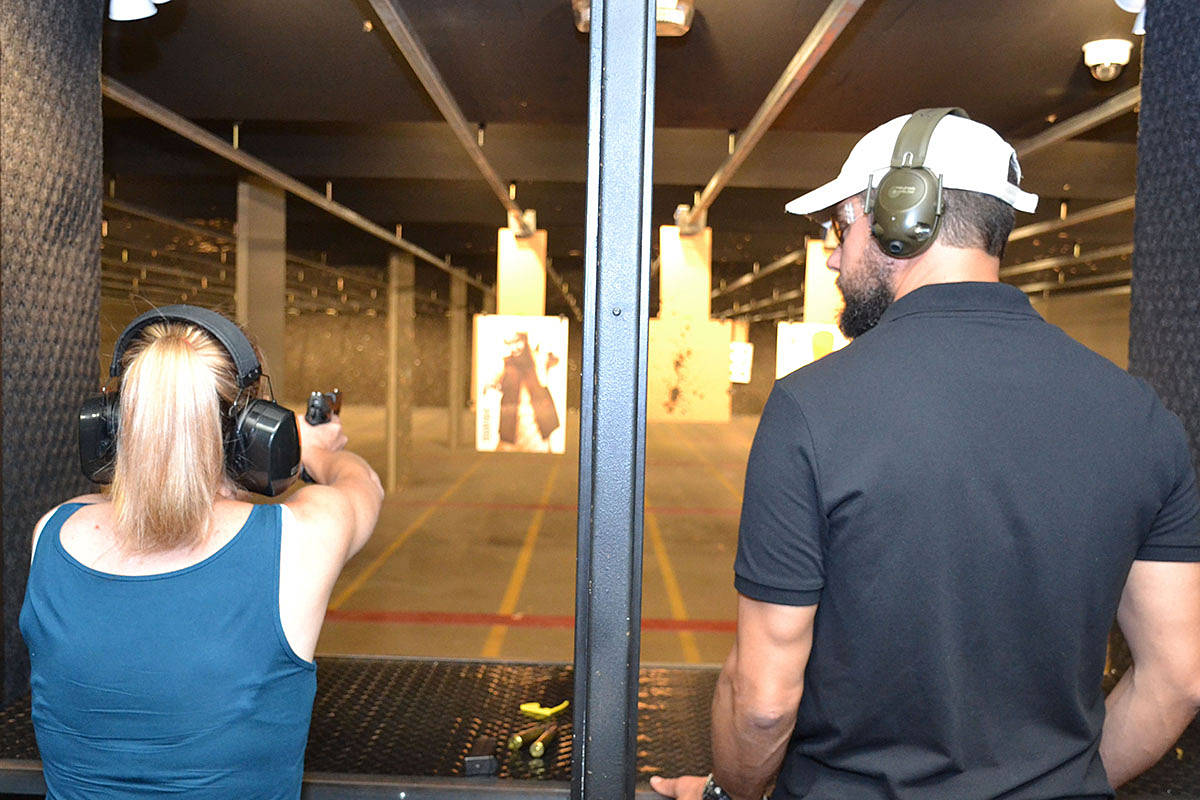 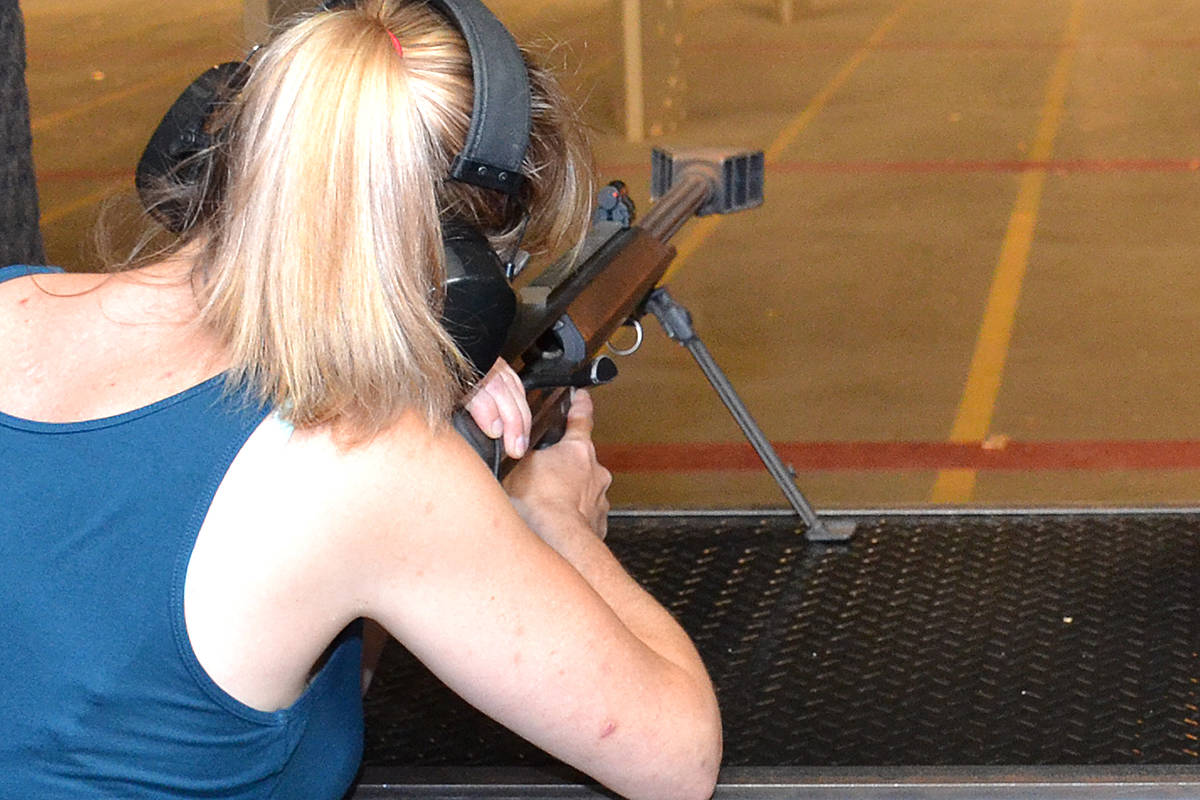 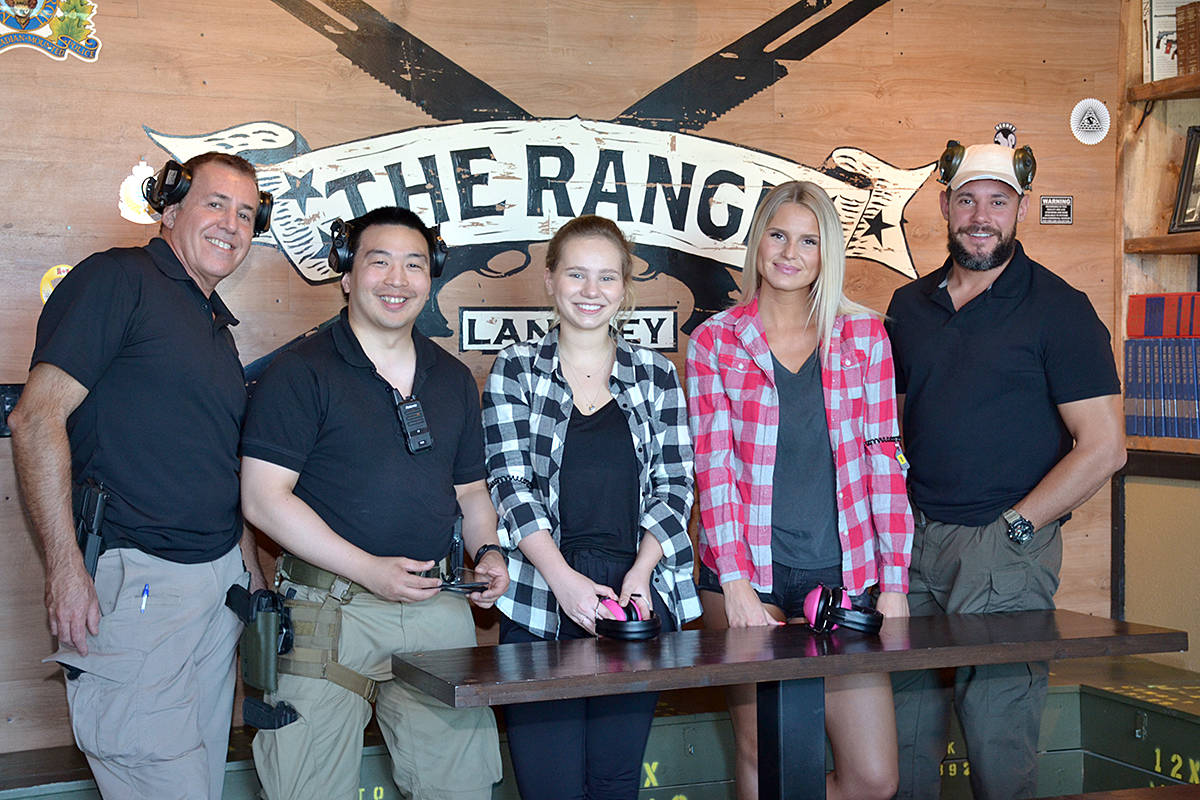 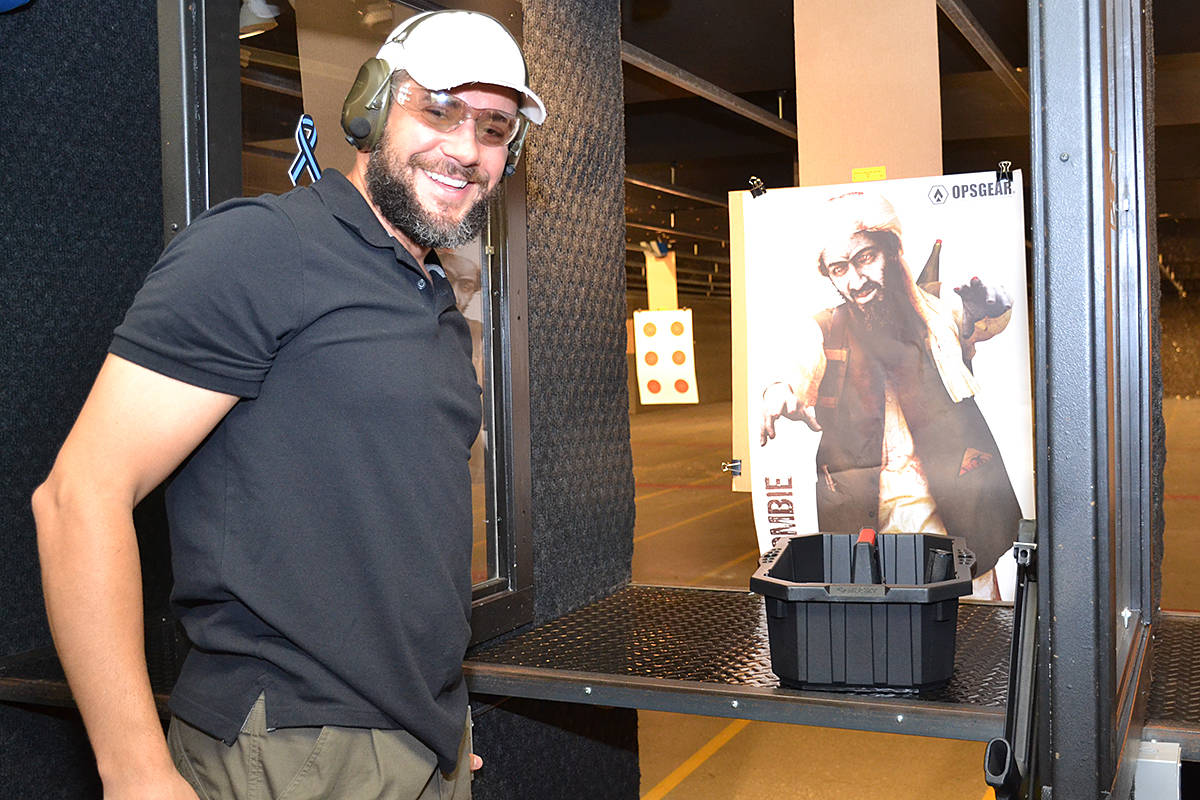 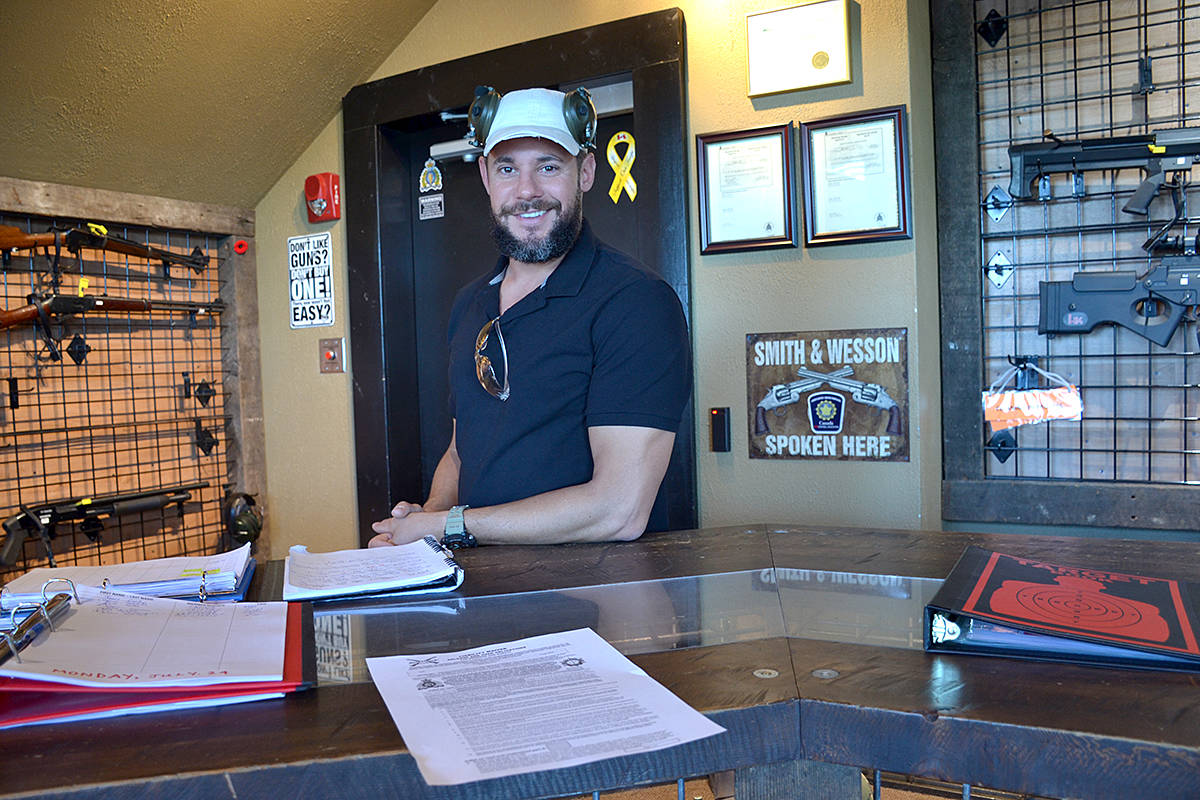 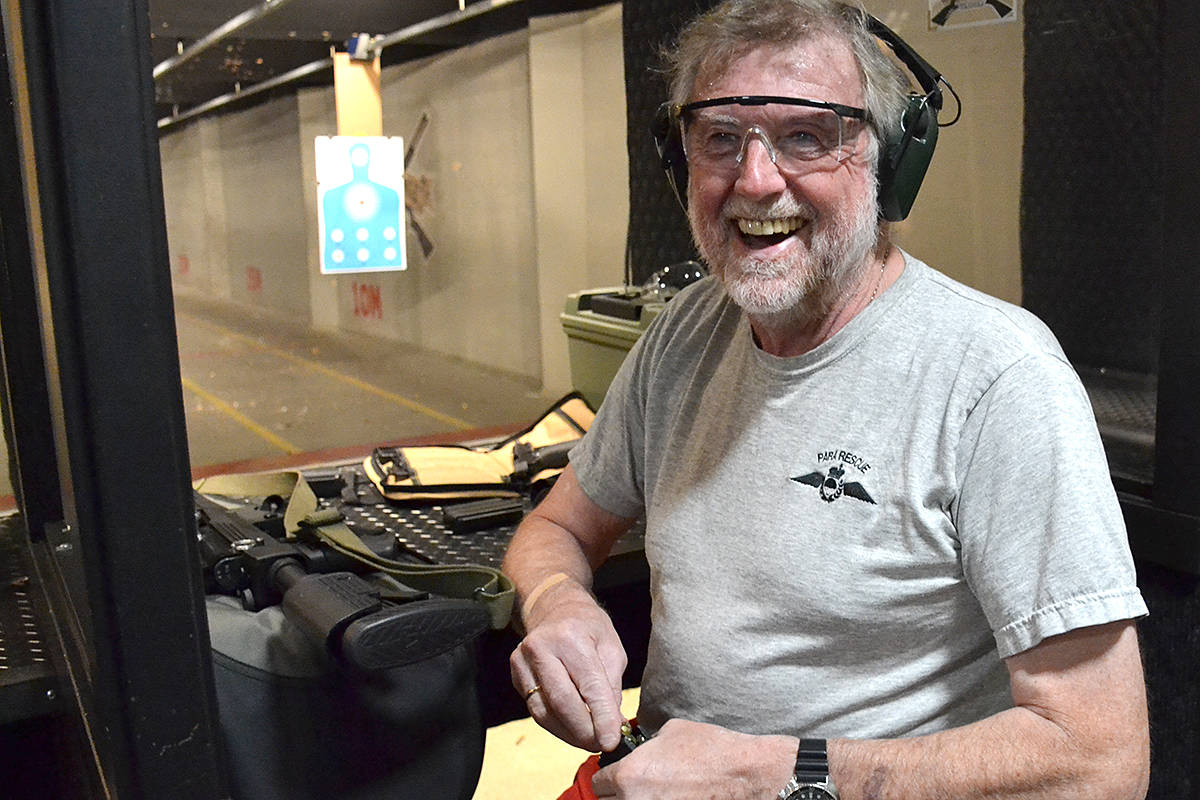 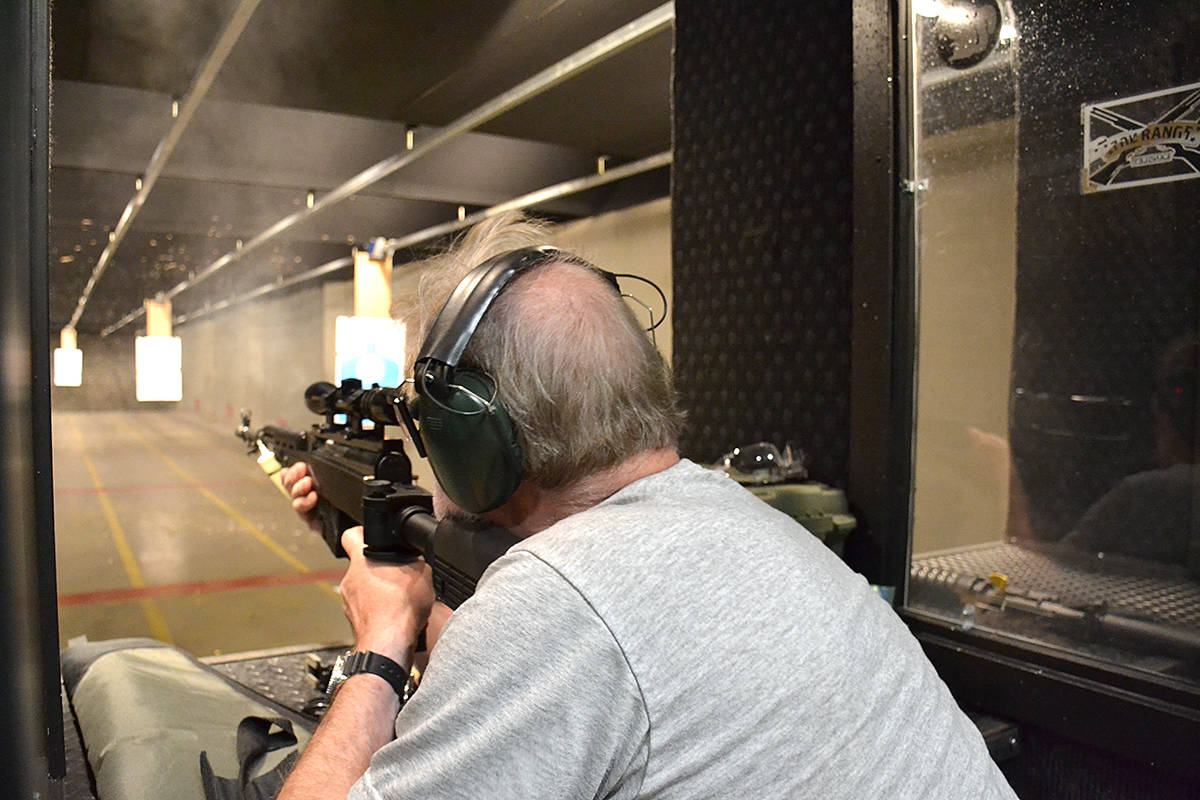 VIDEO: The Force awakens in Langley