Dozens of scarecrows will be patrolling Art’s Nursery for the next several weeks, as the Port Kells gardening centre prepares to launch its annual Scarecrow Festival today (Saturday, Sept. 23).

Right up to Halloween, the public is invited to drop by (at 8940 192nd St.) and participate in a scarecrow scavenger hunt, answer some questions to be eligible for a valuable prize, and perhaps even build a scarecrow of their very own.

Everyone, from the staff at Art’s and the businesses that have sponsored about 60 scarecrows, to the nursery’s patrons and visitors get into the fun, said van der Zalm, “And so that really creates a nice atmosphere to the nursery.”

Sponsoring businesses can have Art’s staff build scarecrows to fit their themes, let the staff be creative on their behalf, or get down to work themselves, using the experience as a team-building exercise for their own staffs, van der Zalm said.

“It challenges our staff artistically to make some unique things,” she added. “We have superheroes, the latest movies, the latest characters – for example we have one, [the sponsor] is an ornamental grass grower and he’s Scottish, so we’re making the scarecrow an Outlander.”

“I think one of the things that really captures people,” van der Zalm said, “is that they come thinking that they’re all going to be your typical scarecrow, and then they see the creativity that the staff has created with a lot of our scarecrows, and they’re not your average scarecrow.”

“You can bring your old clothes and make a minimum $12 donation and build your own scarecrow to take home,” she said, noting that all the money goes to the three charities benefiting from the festival this year: the Versatiles entertainment troupe, L’Arche Canada, and the Semiahmoo Animal League.

“Families come, schools come. Businesses have come to use it as a team-building event for staff. So we have all sorts of different groups,” she explained. “But A lot of it is just individuals. You know, mom and dad or grandma bringing the grand kids – they bring the old clothes, and they get the frame and everything and the stuffing and the burlap [at Art’s]. There’s glue guns here, and burlap sacking.

“They can make the mess at our place, and make a really nice scarecrow, take it home with them, and stick it in their garden.”

More than 400 scarecrows were made at the Build-A-Crow station at last year’s festival.

Another level of family fun is in a scavenger hunt that involves a list of questions about the 60 or so sponsored scarecrows dotted around the garden centre until Halloween.

Scavenger hunters who answer some of the questions, usually by finding the related scarecrows, get entered into a draw for a gardening package after the festival is over.

There will be a hayride, van der Zalm noted, “so people will get toured around a lot of the scarecrows.”

But she added mischievously, “Some of the scarecrows you can only see on foot.”

The idea for the festival came about when the folks at Art’s were thinking about something they could do different – and special – in the fall.

Van der Zalm said they realized that scarecrow festivals have become “quite popular back east, and in Europe there’s a few, and in Nova Scotia, there’s a few places in the States.”

Tying in the charity support makes it an especially satisfying community event.

In L’Arche, people with intellectual disabilities and those who assist share life and daytime activities in family-like settings that are integrated into local neighbourhoods. L’Arche Canada has nearly 200 homes and workshops or day programs in its 29 “communities.”

The Versatiles perform at seniors units and palliative care facilities.

“We are trying to kind of make it a feel-good charity event,” van der Zalm explained.

“People come in and they’re happy to support our event, but then they walk out and they’re like, ‘Omigosh! I can’t believe you guys made that!’ And the little kids are like, ‘Look, Mom! Captain Underpants!’ And I don’t even know some of these superheroes, so it’s an education thing for everybody,” van der Zalm laughed.

In addition to the staff getting deeply involved, even offering their personal time, “The sponsors have been great,” van der Zalm enthused. “I would say 90 per cent of the ones we called back this year were, like, ‘Oh, this is a great thing. We love it. We’re on board.’ Some people’s situations changed, but we’ve got some new people, so it’s been fun, very supportive all around.”

You can expect to find Batman this year, along with Captain Underpants as well as a Superman created out of the culture of some of the nursery’s Indian staff members.

“They’re not your average scarecrows,” van der Zalm assured. “It’s not your average event. Once people come, they have a lot of fun with it. It makes them smile. There’s lots of good photo-ops with the kids. It’s fun!”

“It’s kind of a win-win in a lot of different areas,” she said. “Which is kind of nice.” 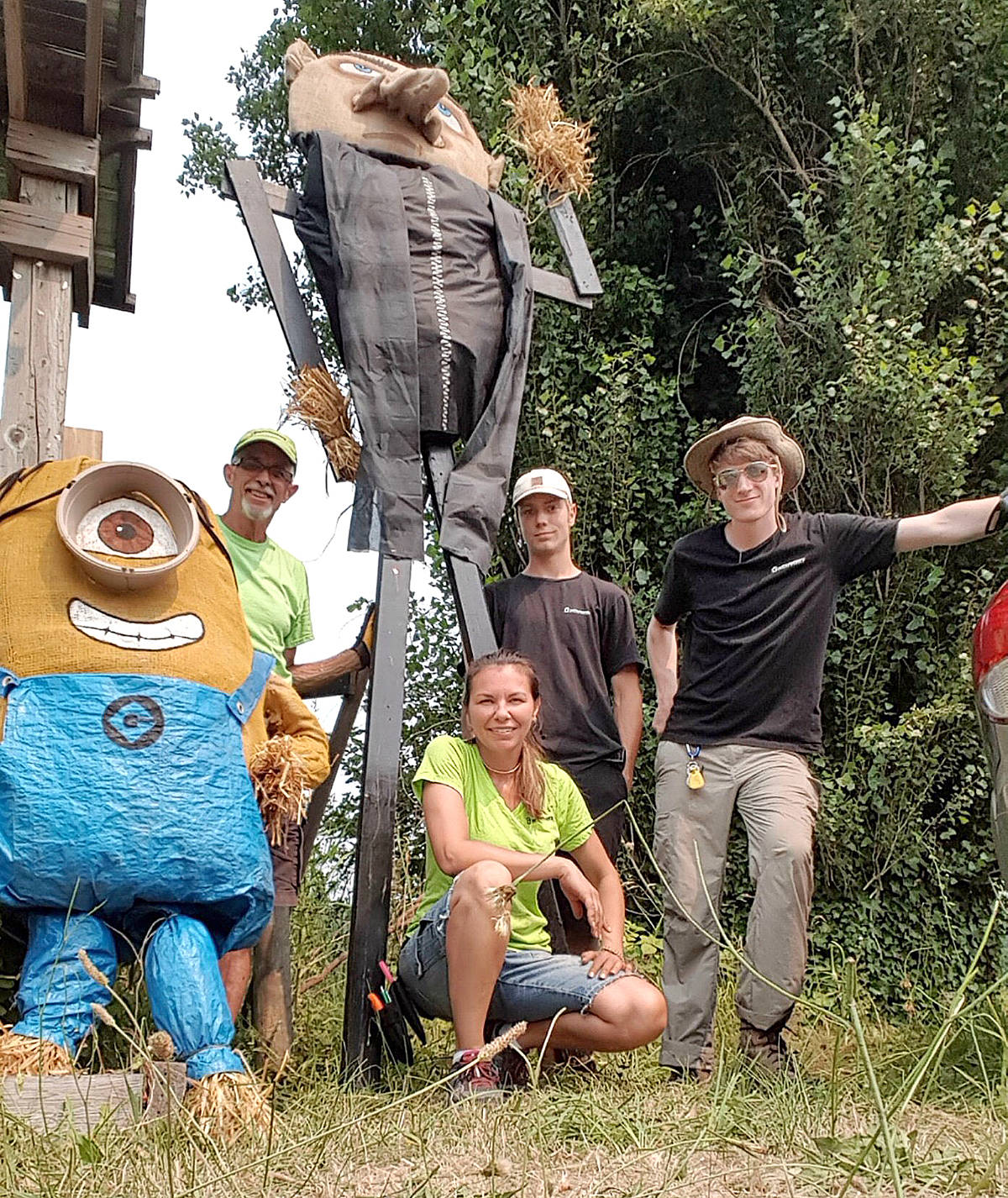 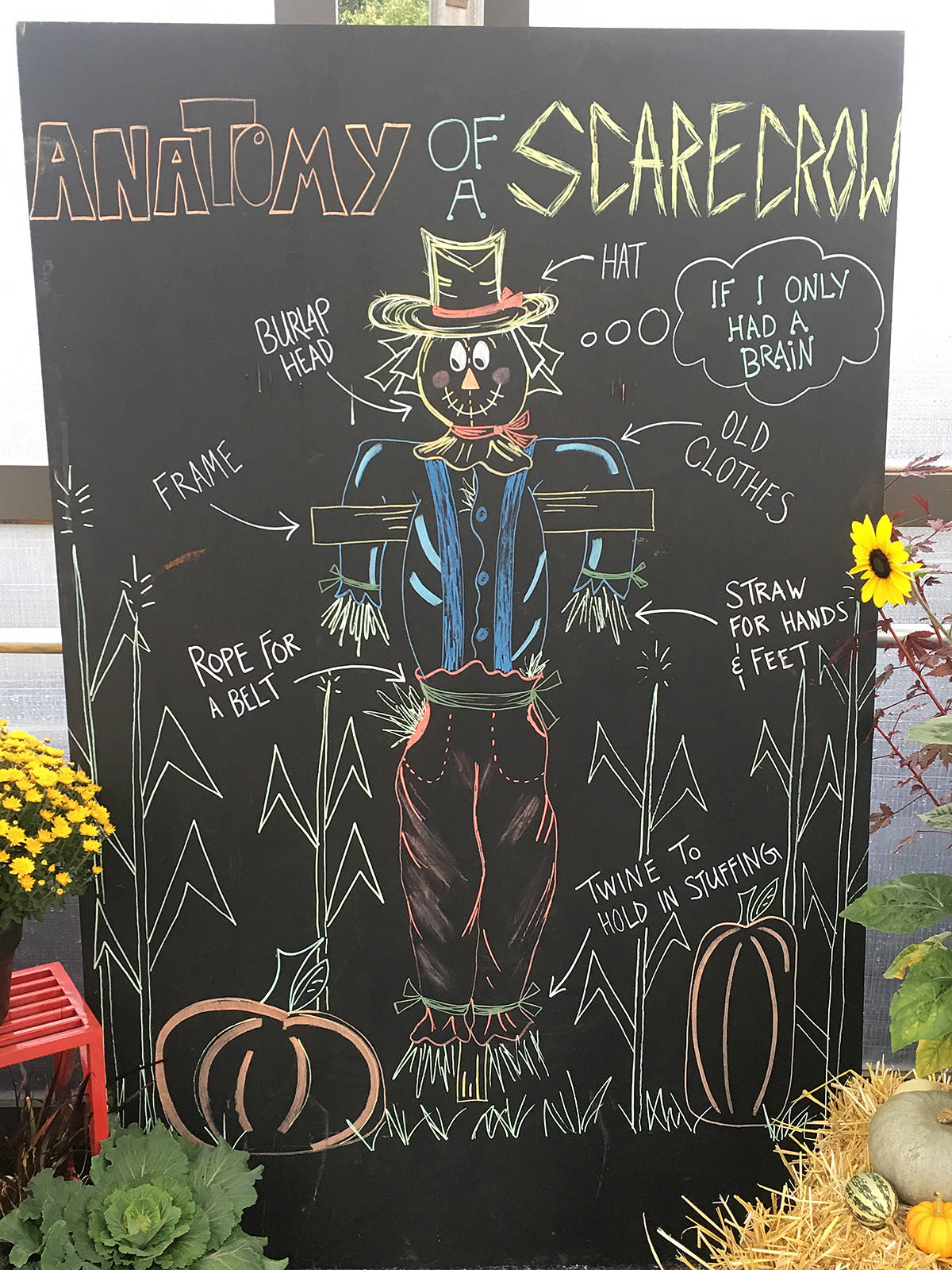 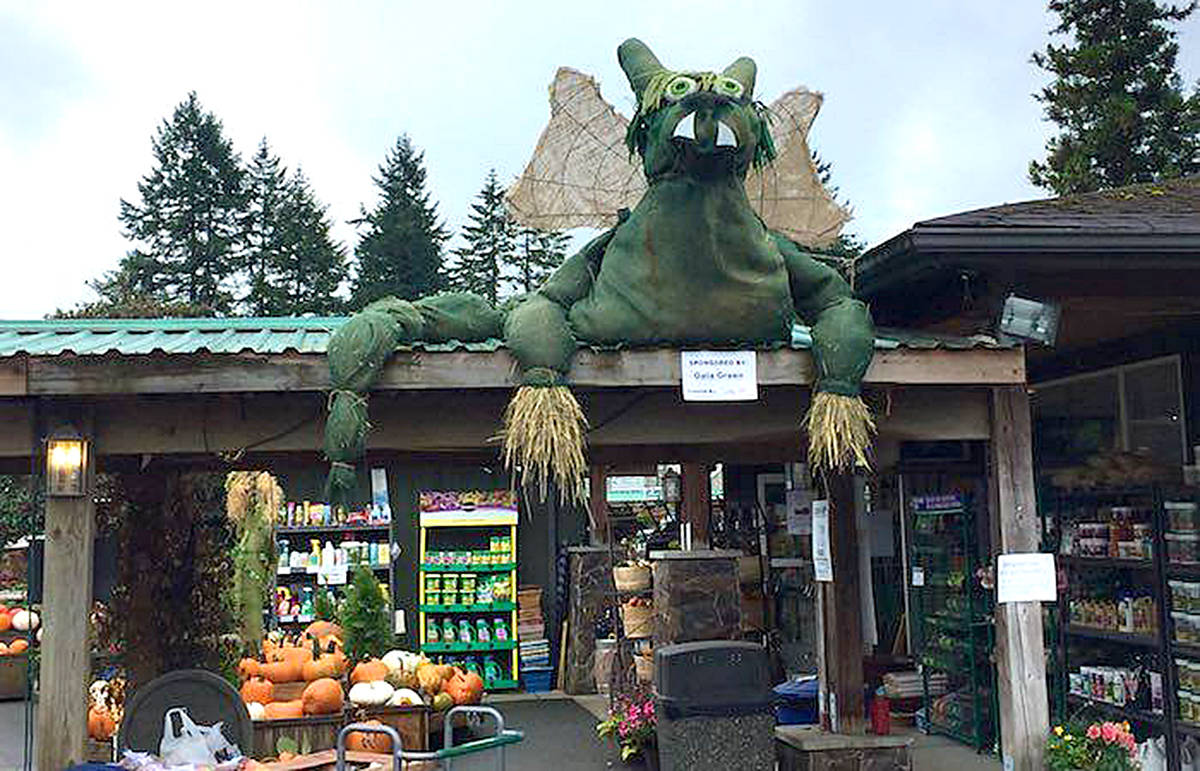 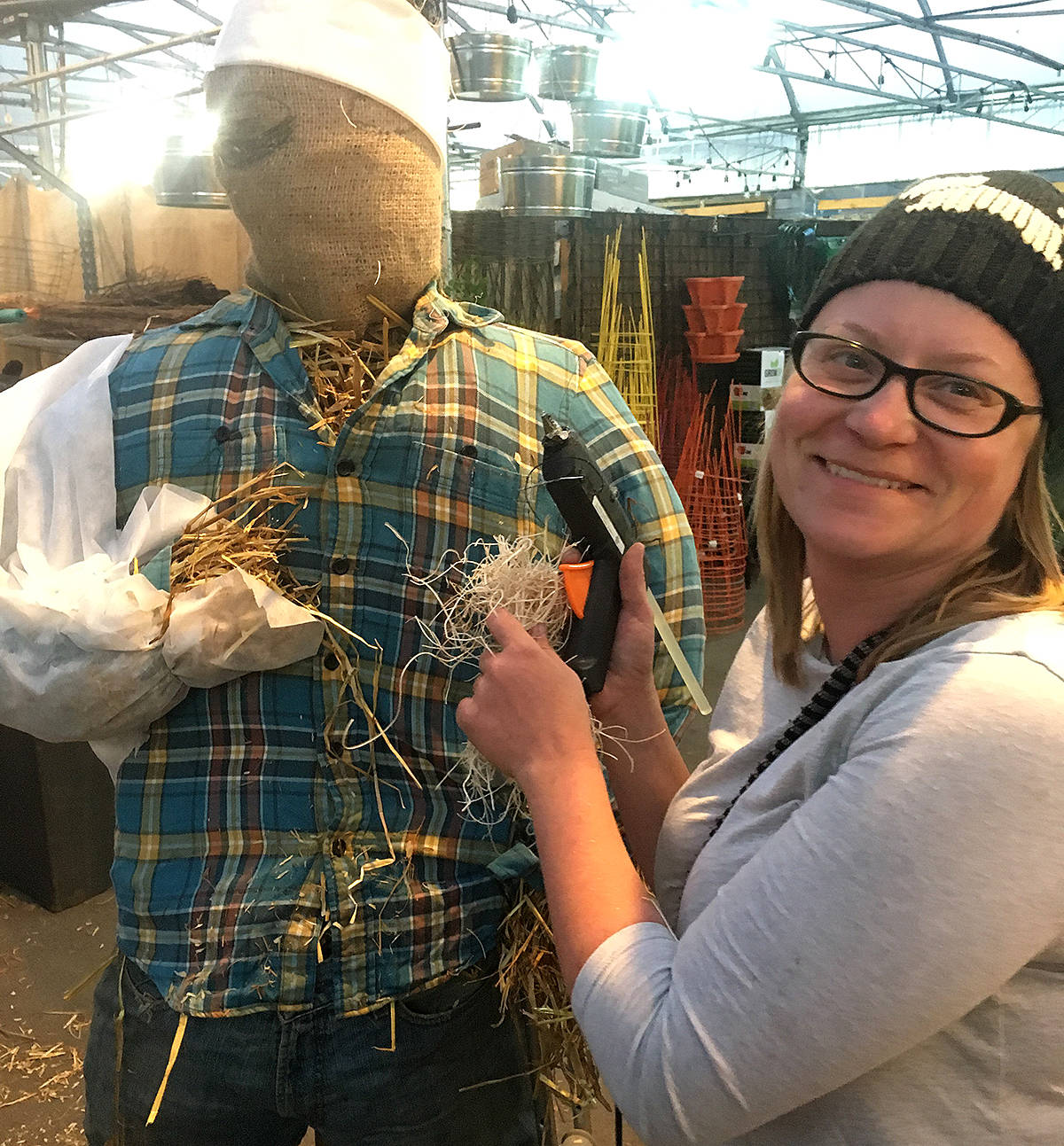 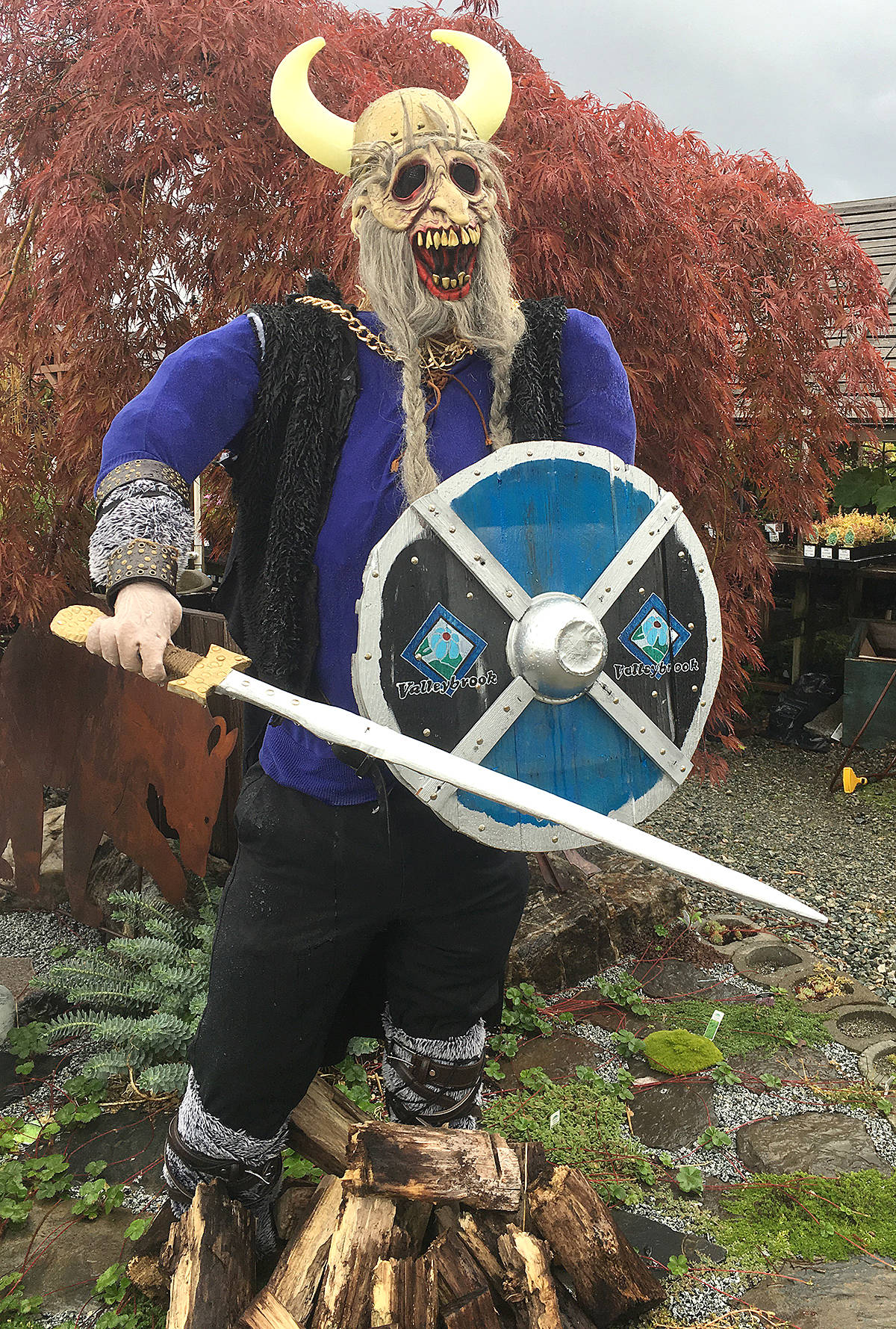 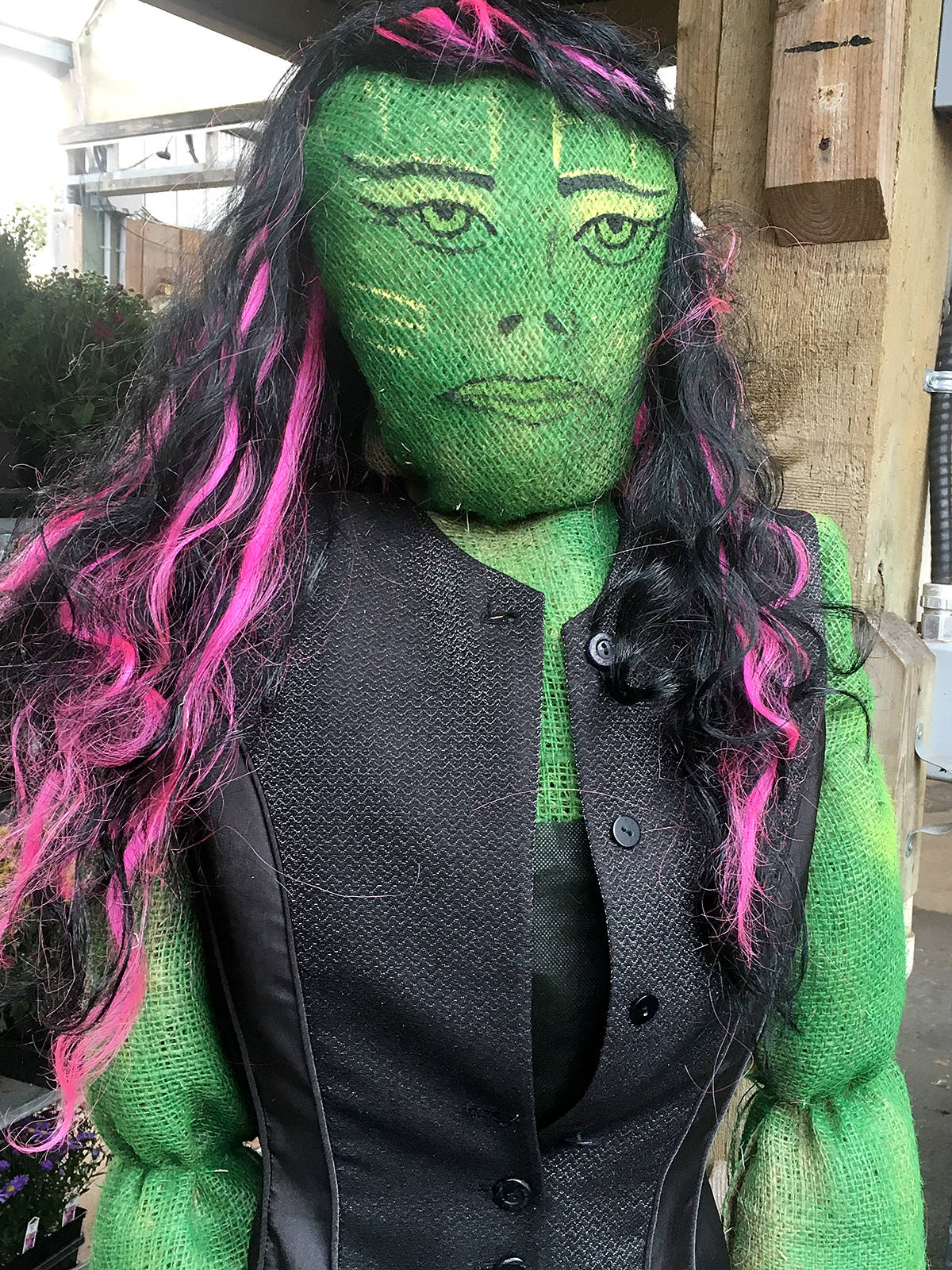 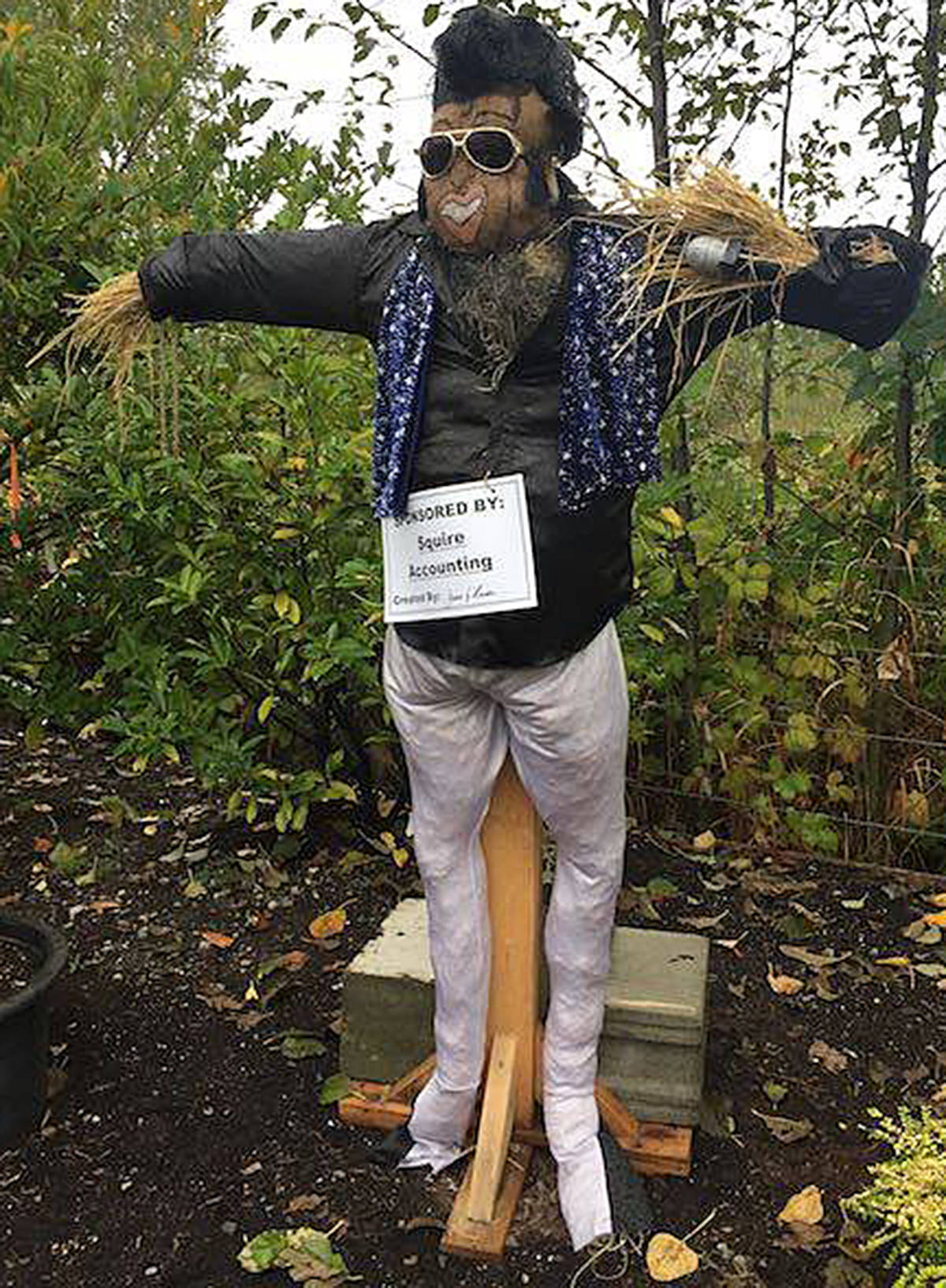 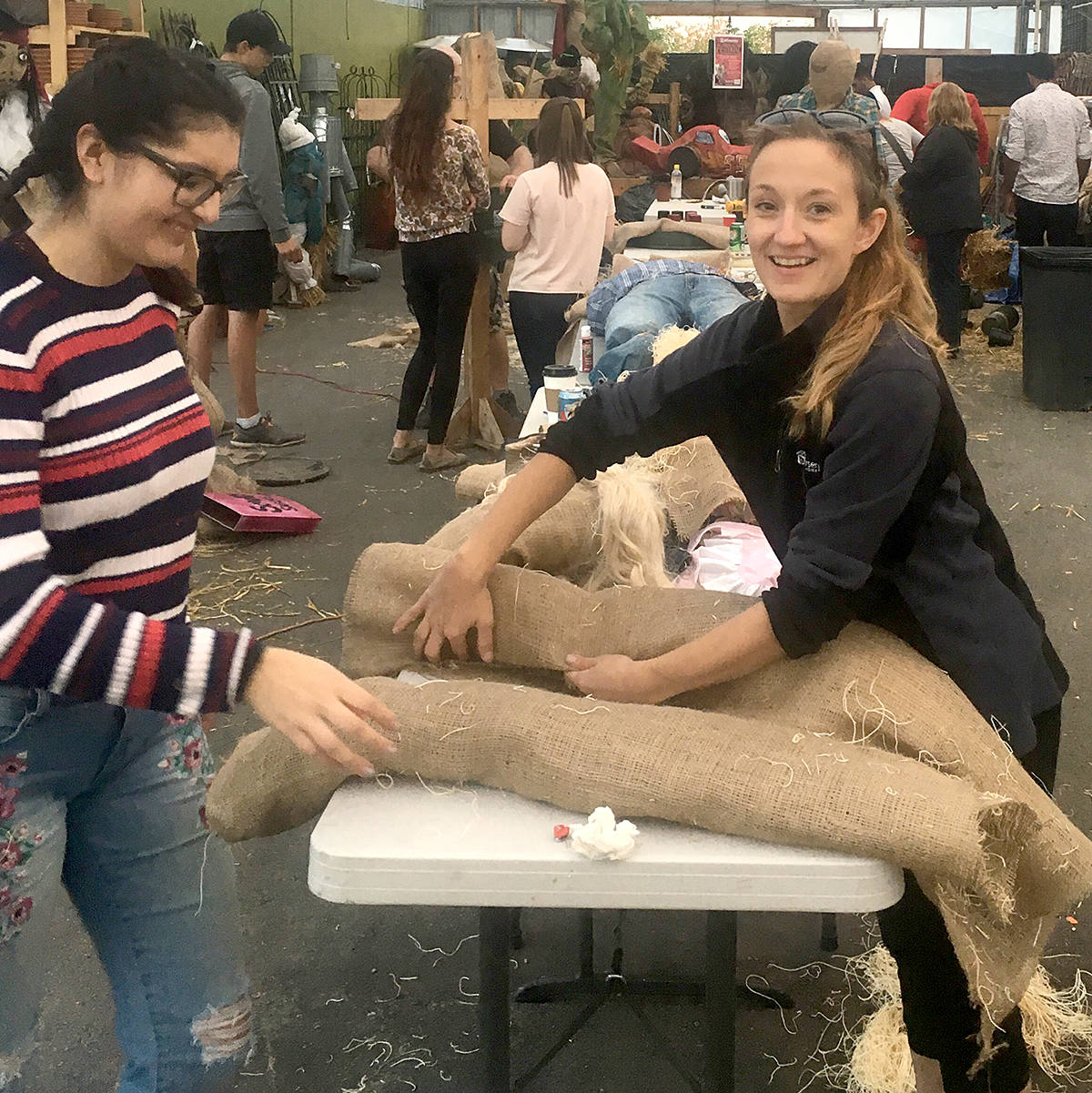 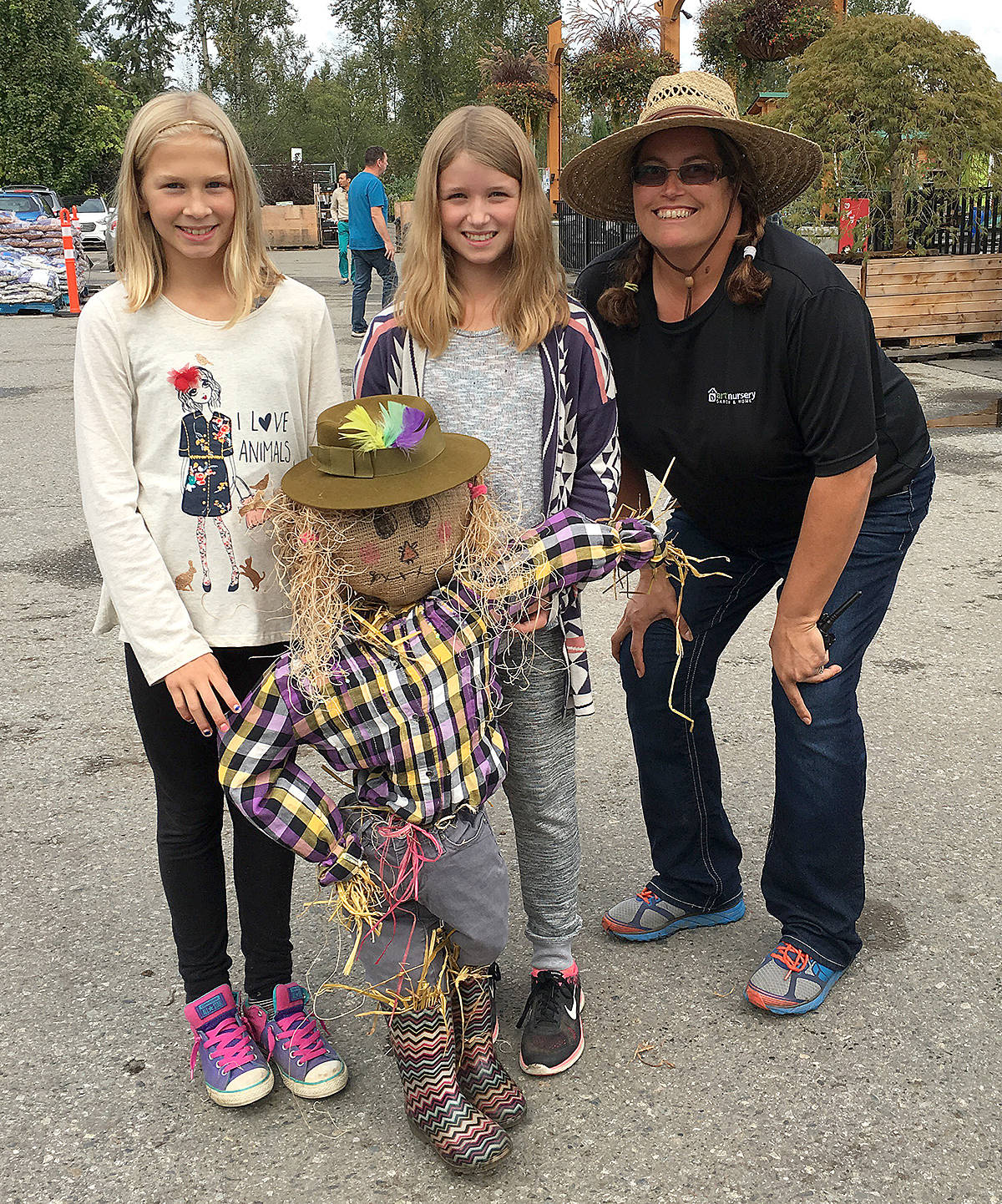 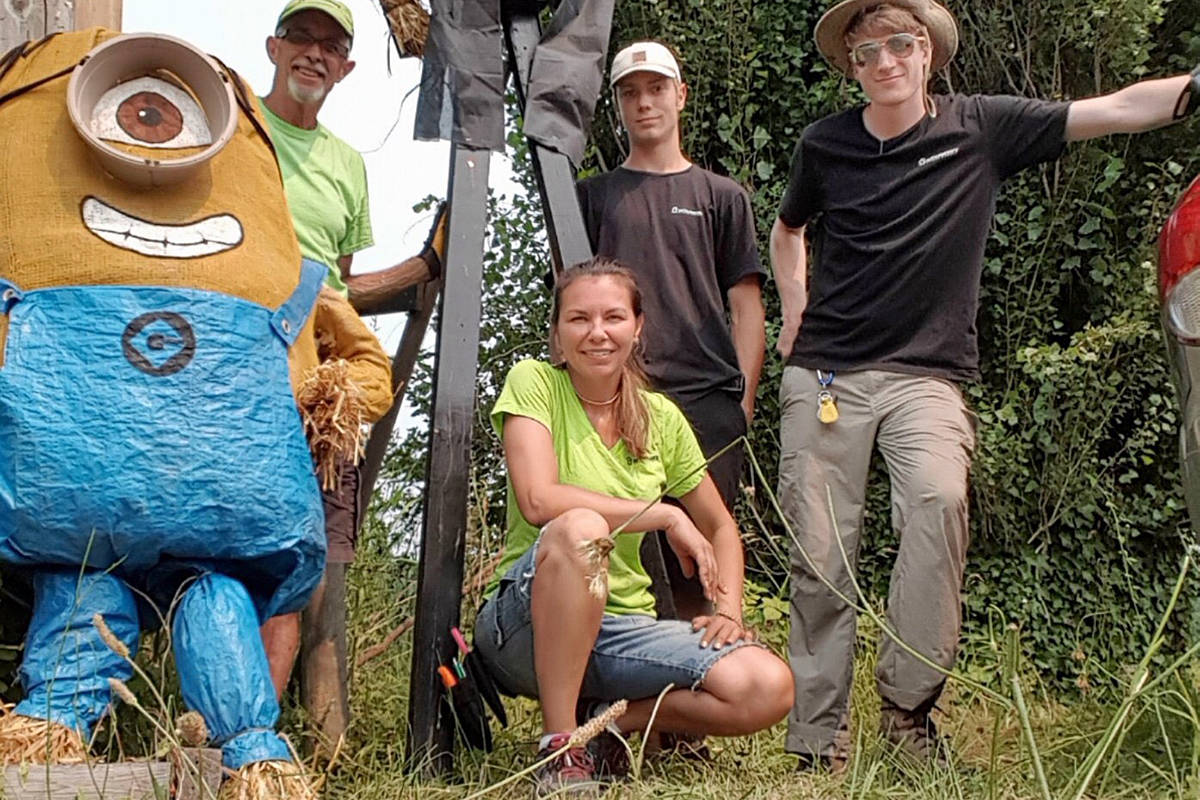