From his vantage point above the crowded second floor, Fort Langley Vegan Market organizer Brad Hawkings watched the crowd of shoppers circulating among the indoor vendors at the Fort Langley heritage community hall.

“This is actually a lull,” Hawkings commented.

On Saturday, Hawkings and his wife Chelsea, co-owners of Simply Delish, held their second vegan market at the hall, drawing more sellers and customers.

Attendance was up “significantly,” Hawkings told the Langley Advance Times.

“It was jammed all day,” he observed.

Changes were made as a result of lessons learned from the first vegan market in April, when a flood of customers created long line-ups and caused many vendors to run out of goods to sell just hours after the opening.

This time, the layout was rethought to allow better circulation and vendors came with more goods to sell.

Some sellers, Hawkings said, brought twice as much as they did in April and still ran out before closing time.

There were more vendors, 55 compared to the 35 in April, and more of them set up shop on the front lawn of the community hall.

While an exact estimate of attendance isn’t possible because there was no admission charge, more than 4,400 clicked on the Facebook event page for the market to say they were planning to attend or interested in attending.

Hawkings is considering holding another market.

“We’ll let the dust settle on this one, but the potential is there,” he said.

“Both events were super popular, so maybe something bigger, badder, radder next time,” Hawkings added.

When the first one-day vegan market opened in Fort Langley in April, the sheer size of the crowds came as a surprise to the organizers and the vendors.

He estimated there were thousands of people who lined up on the front lawn of the Fort Langley community hall to try vegan ice cream and other plant-based treats, then went inside to see the vendors where they filled the second floor to capacity.

Brad Hawkings said some people came all the way from Seattle, in a chartered bus, to attend.

The Hawkings believed there was an untapped market for vegan products in the Fraser Valley, but they didn’t realize how big the demand was until then.

The only equivalent to the Fort Langley market Hawkings is aware of is the vegan night market in Vancouver.

“Out in the valley, there was nothing.”

A portion of the vendor fees are going to the breakfast program at Fort Langley Elementary school.

April’s market raised $1,850, enough to feed 40 to 50 kids in need, and Hawkings said preliminary estimates show more was collected at the September event.

Visitors were also asked to bring donations of non-perishable food items for the Langley Food Bank, and while those donations were down from the first event, Hawkings was still grateful for the community response.

More photos from the Saturday event are viewable online. 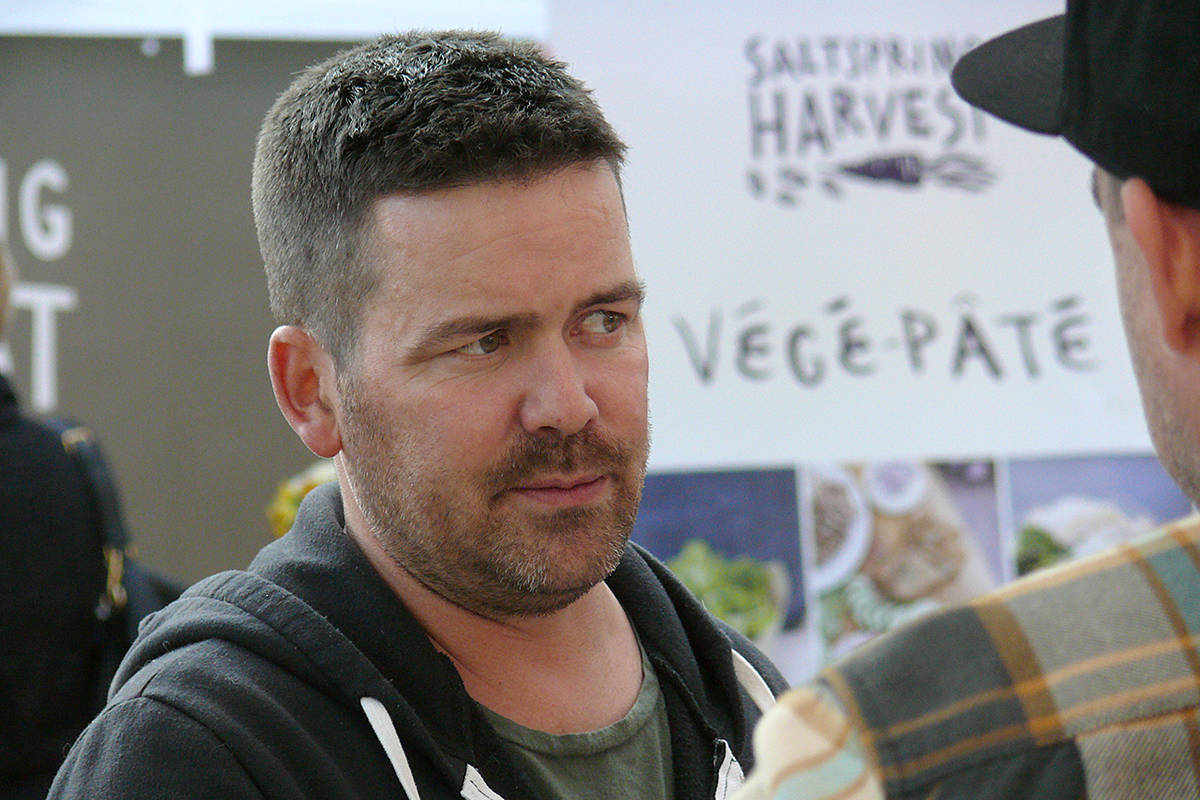 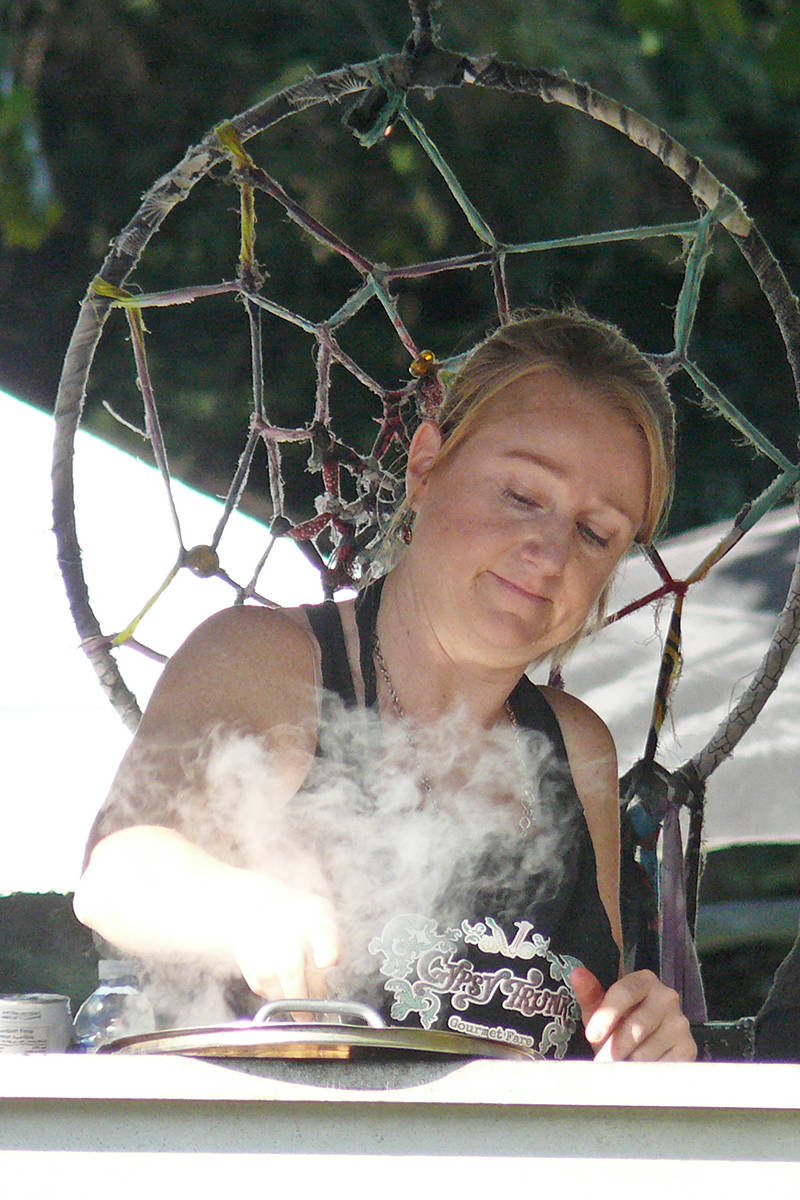 A vendor prepares a treat at the second Fort Langley Vegan Market at the community hall on Saturday, Sept. 28. (Dan Ferguson/Langley Advance Times) 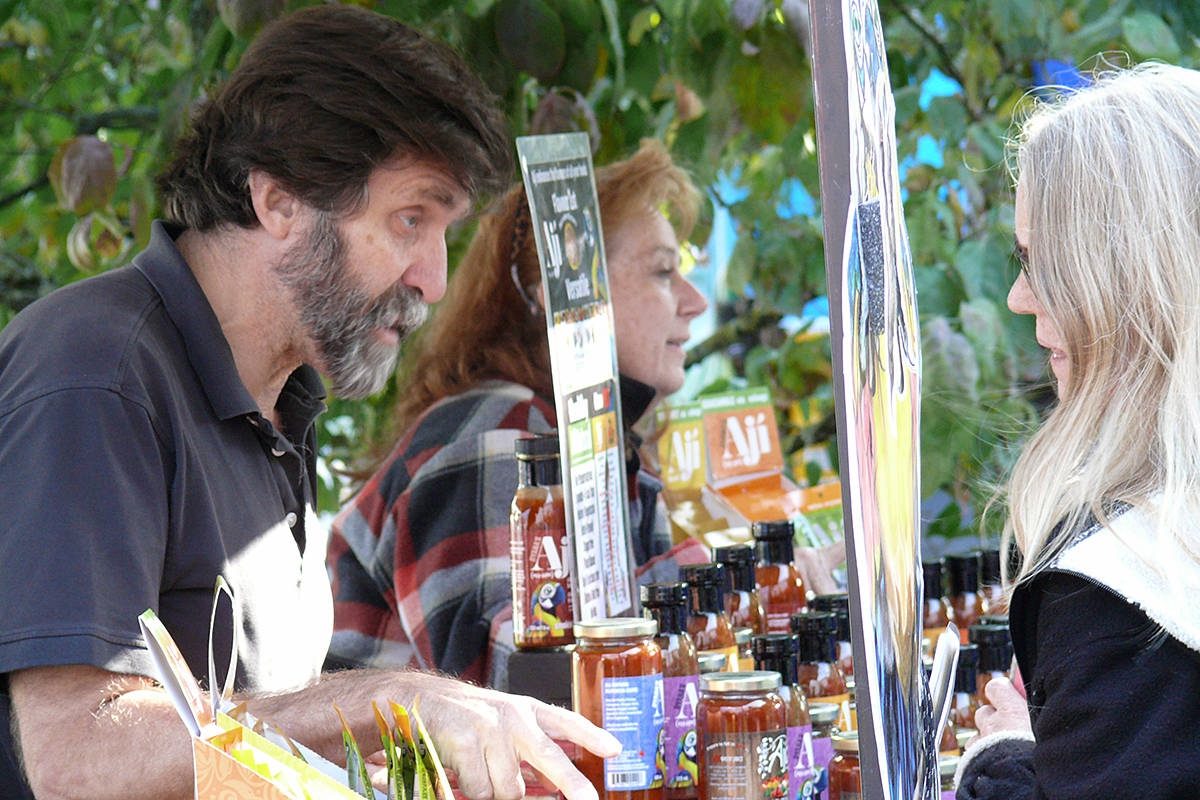 There were more vendors at the second Fort Langley Vegan Market held at the community hall on Saturday, Sept. 28. (Dan Ferguson/Langley Advance Times) 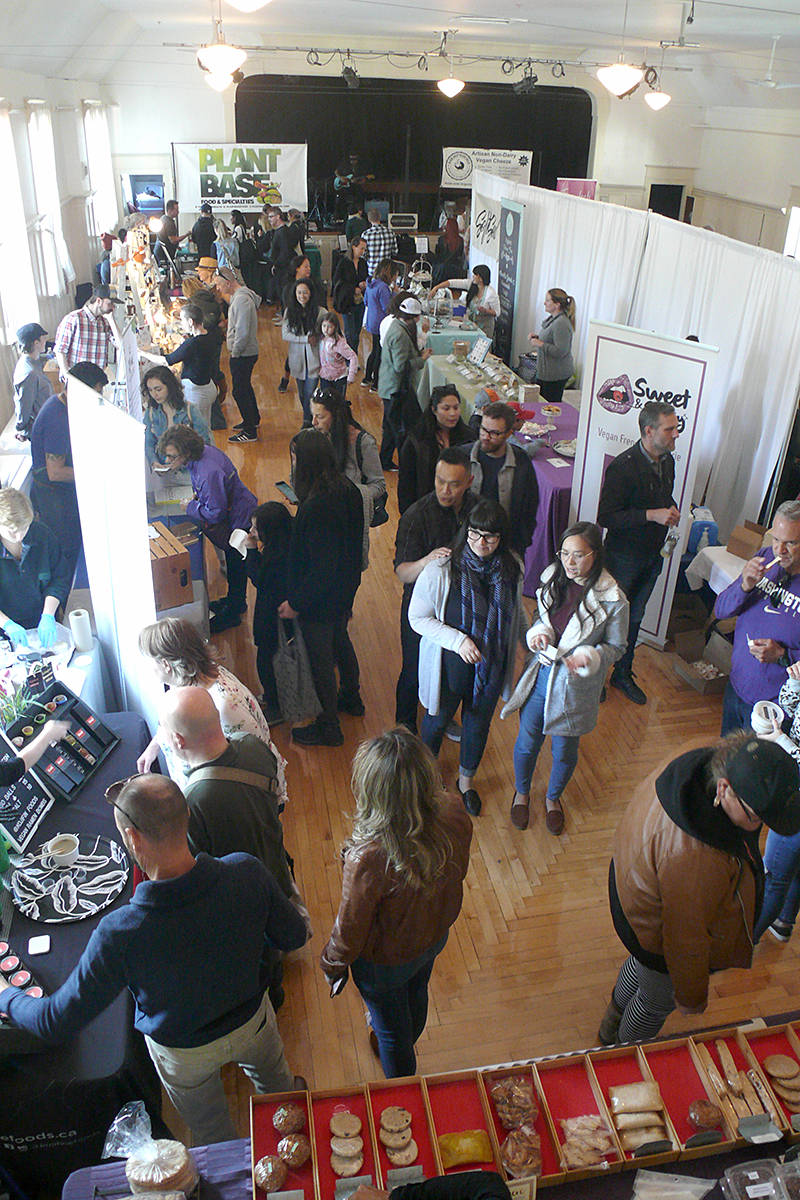 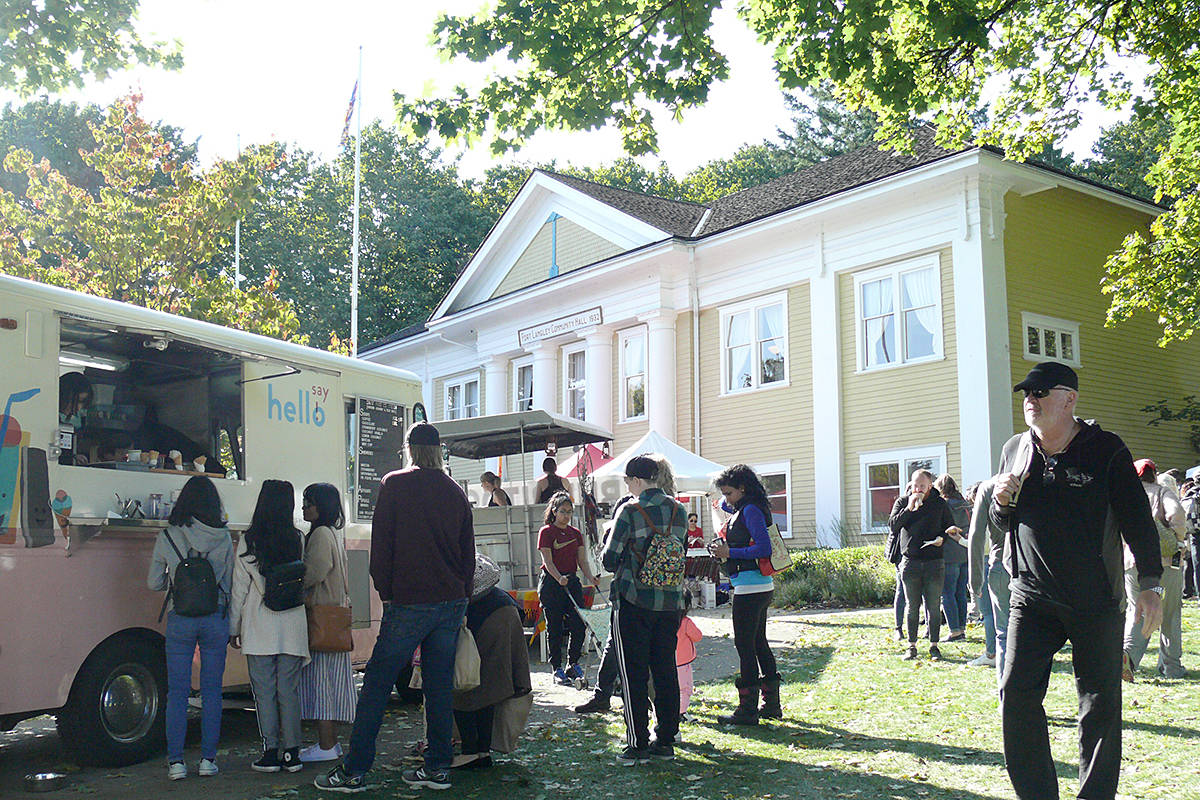 Attendance was up at the second Fort Langley Vegan Market at the community hall on Saturday, Sept. 28. (Dan Ferguson/Langley Advance Times)