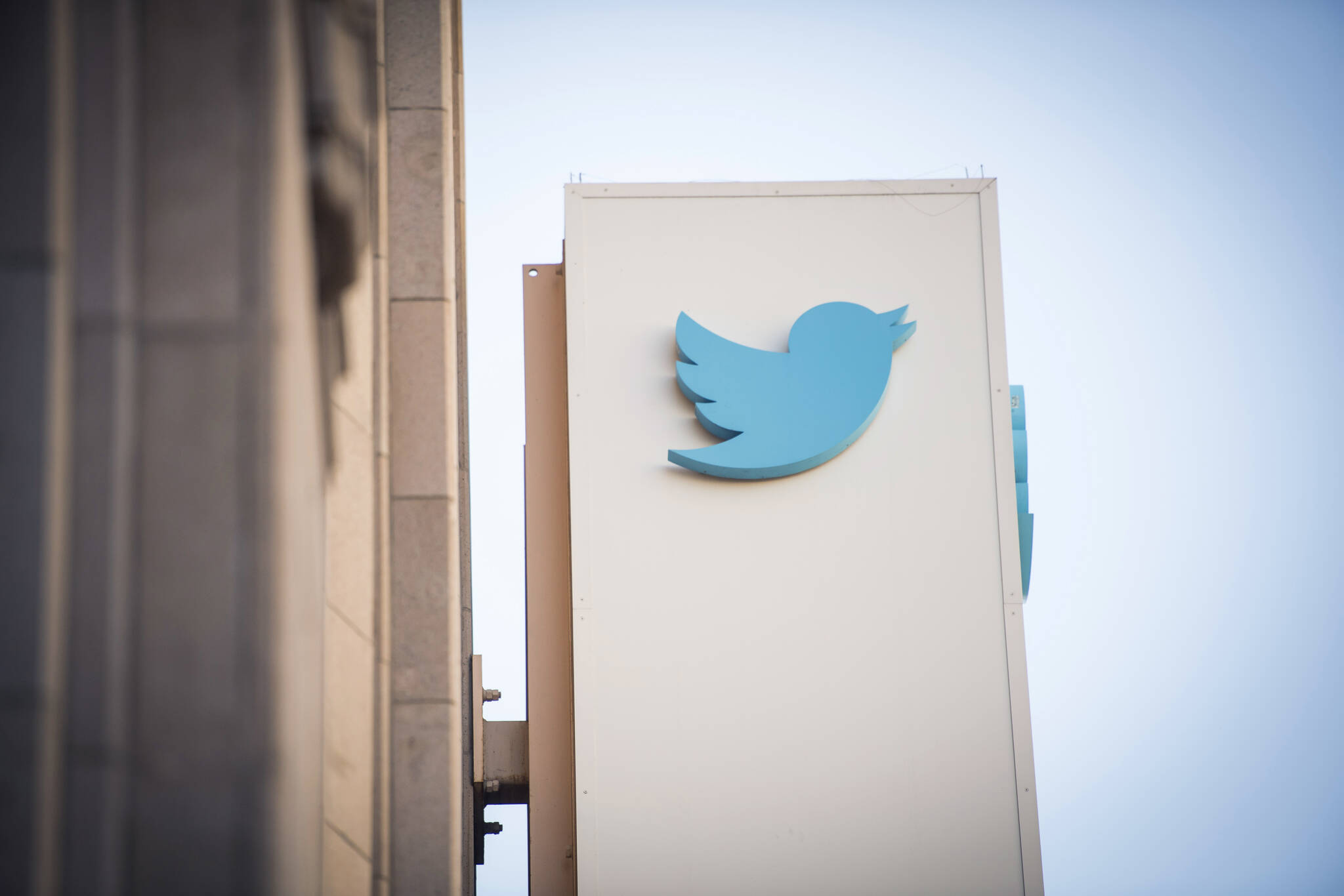 The Twitter logo is displayed outside the company’s headquarters in San Francisco. Bloomberg photo by David Paul Morris

Twitter appears to be on shaky financial and technological foundations as I write this. It’s probably going to be operational when this column is published, but who knows!

While many people are not that worried about the survival of a social networking site, it has sparked the usual outcry that its loss would mean a loss of the new “public square.”

The idea is that over the last 20 years, social media in particular, and the internet in general, have become the new locus of public discussion.

This is where anyone can make their voice heard. It’s also where people can, to a certain extent, collectively speak up.

Some argue that allowing Twitter, and possibly other social media sites, to go under is to destroy the ability of the public to have a say on the issues of the day. They argue that it would be damaging to democracy itself.

I’m of two minds on this.

First of all, I was actually around when the internet was brand new, and I remember the first wave of enthusiasm for the ability of everyone to have their say.

At the time, it was all about individual websites and forums. One person’s words might have a significant amount of reach, or they might languish on a website with a visit counter in the low double digits.

But the hype was the same as it is now.

And before that, what was the public square?

Pre-internet, most people only had a few outlets for their opinions. They could talk to family and friends, share their views at the hair salon, the barbecue, or with their bowling league.

The most accessible venue was the letters page of the local newspapers.

But the most important venues were public forums and meetings, where people could speak directly to politicians. Those still exist and still draw large crowds, perhaps because people recognize the value of addressing leaders in person or by direct letter or phone call.

There are two questions about our new ability to speak up.

First, is it actually making a difference?

Second, is it making our society and our politics better?

You could argue that social movements like Me Too, Black Lives Matter, and Idle No More wouldn’t have gained traction without social media, but civil rights struggles took place long before the internet. These movements likely did see their reach and the velocity of change they sought accelerated by social media.

You could also argue that the rise of the alt-right, and conspiracy theorists from Q-Anon believers to flat earthers, have been aided and abetted by the same technologies.

The expanded, digital public square has not been an unalloyed good. It’s allowed for some good things, and it’s facilitated some toxic, awful things as well.

Twitter served as a potentially powerful megaphone. If it dies, something else will replace it, and it will be different, but it will still have more reach than anything we had before the internet.

THE MOJ: Catching up on the CFL as the Grey Cup nears kickoff

THE MOJ: This Vancouver Canuck tire fire is going to be difficult to extinguish