This year will mark the 10th anniversary of Keian’s Holiday Wish Toy Drive, launched by a Langley boy with cancer to make sure kids battling similar illnesses have a good Christmas.

His parents, Ryan and Chantal Blundell, have been organizing the annual collection to benefit B.C. Children’s Hospital and Canuck Place Children’s Hospice since six-year-old Keian passed away on Jan. 1, 2014, after a battle with t-cell acute lymphoblastic leukaemia that began in 2012. 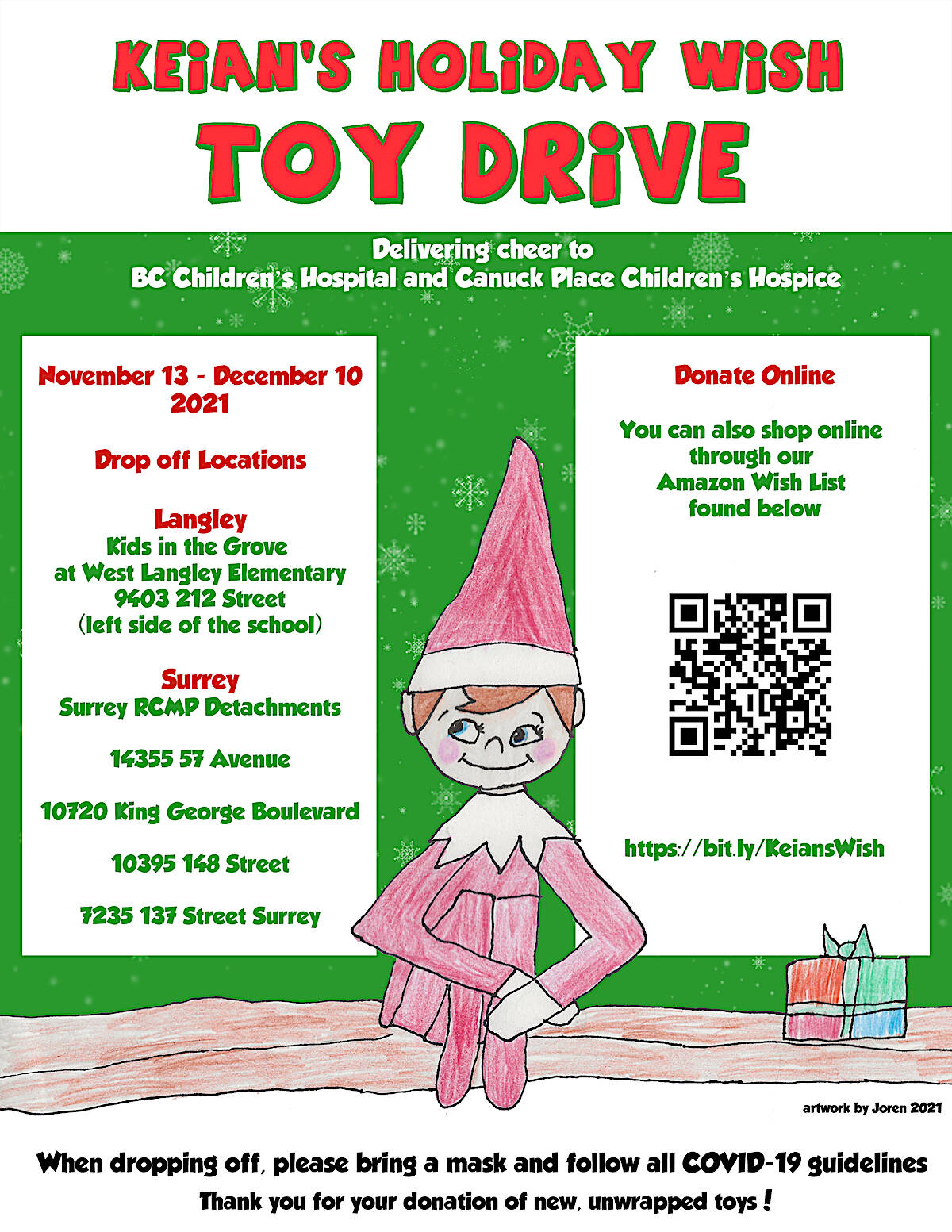 Despite his own battle, his family says Keian was passionate about helping children and their families living with a childhood cancer diagnosis.

Keian started the drive in 2012, when he brought a wagon full of gifts to the hospital for all the kids who couldn’t return home for the holidays.

In the 10 years since his wish began, the initiative has delivered nearly 18,000 toys.

Mom Chantal said like last year, the 2021 version “does look a little different” due to the pandemic.

“We’ve included another Amazon wish list where the community can shop and have their choice sent directly to us. We still do have some drop-off locations, but we found last year it was a great, secure and safe way for people to donate,” Chantal said.

They will be collecting toys until Dec. 10.

Rayn and Chantal said the past two years “have been both a challenge and a blessing.”

“We’ve had to find alternate ways to safely include the public, family and friends. Keian was full of compassion and wanted critically ill children to feel surrounded by the magic of the holiday season. This is why we will continue to make a difference, both with him and for him.”

Donors are asked to wear masks and follow COVID-19 guidelines.

The initiative is also accepting gift cards, monetary donations, email money transfers (EMTs) as well as the Amazon wish list at www.amazon.ca/hz/wishlist/ls/V0ESI5ND8EB0, where supporters can pay for orders that will be sent directly to the drive.

GREEN BEAT: Campbell Heights area can and should be saved