Forty-one graduates of Aldergrove Community Secondary School (ACSS) received their scholarships in a ceremony at the school library on June 7.

The lunch was attended by the award recipients and their families, along with representatives of the award sponsors and school administrators.

“We are very proud of ACSS students and their pursuit of higher education, their push toward achievement, and their dedication to the school and to service in their communities,” said principal Jeremy Lyndon, who also acted as master of ceremonies.

Lyndon read out some of each student’s scholastic achievements and their volunteer service in the community, as well as their goals in further education and careers.

The 41 students received a total of 64 awards, with values in excess of $54,000 in total to date. Further awards are expected to be announced as details are determined by the grantors and sponsors.

The following is the list of ACSS award recipients to date, in alphabetical order. 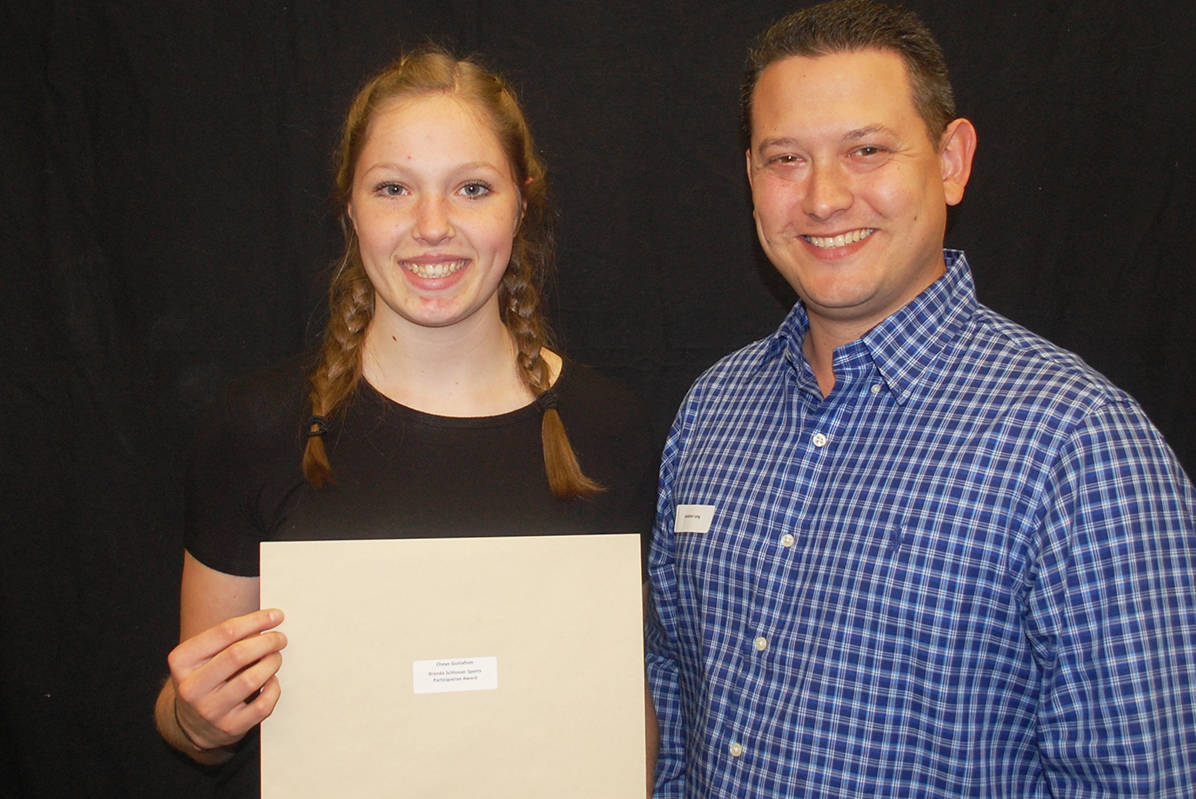 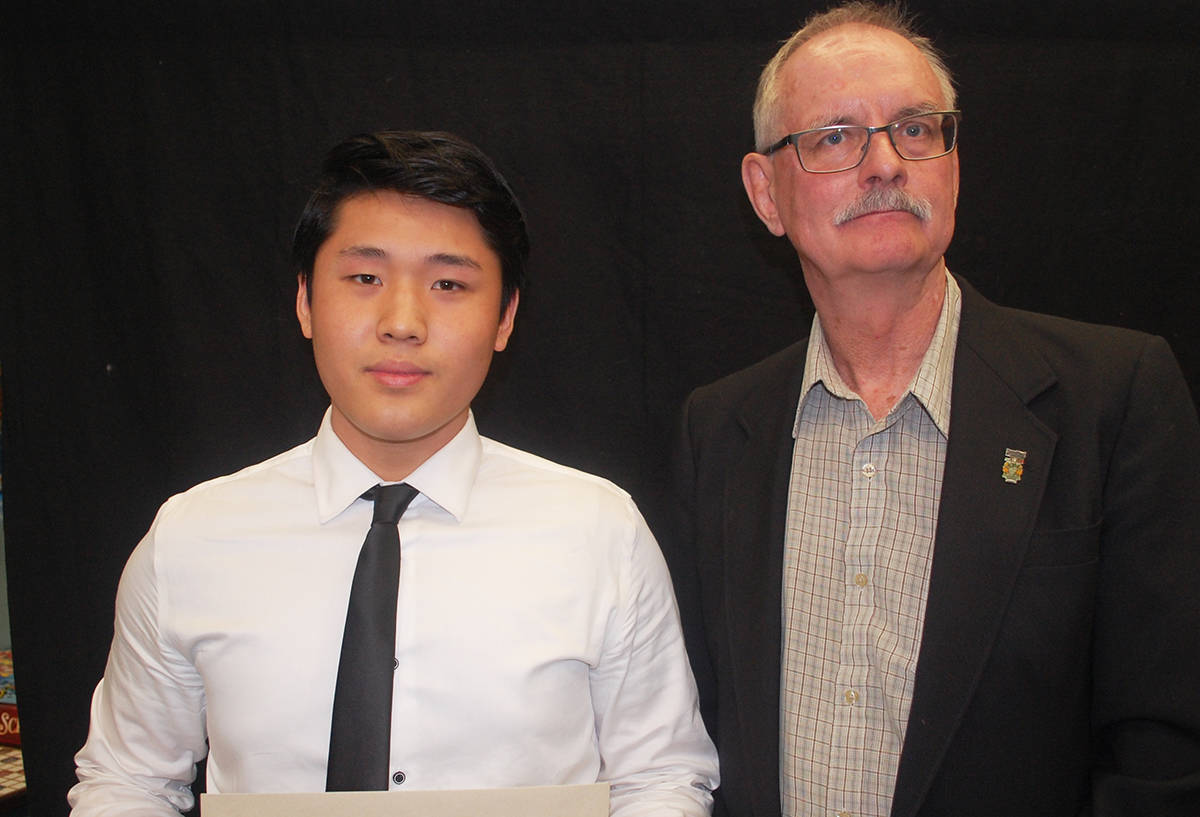 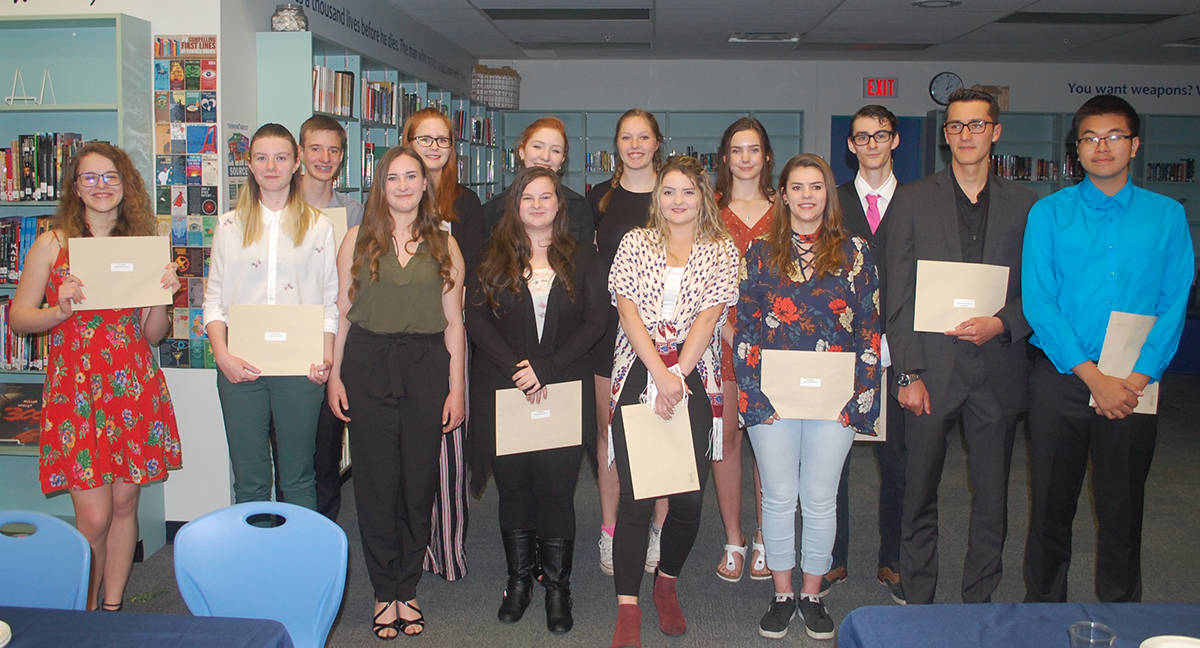 KURT LANGMANN PHOTO: There were 15 recipients of the District Authority Awards at Aldergrove Secondary. 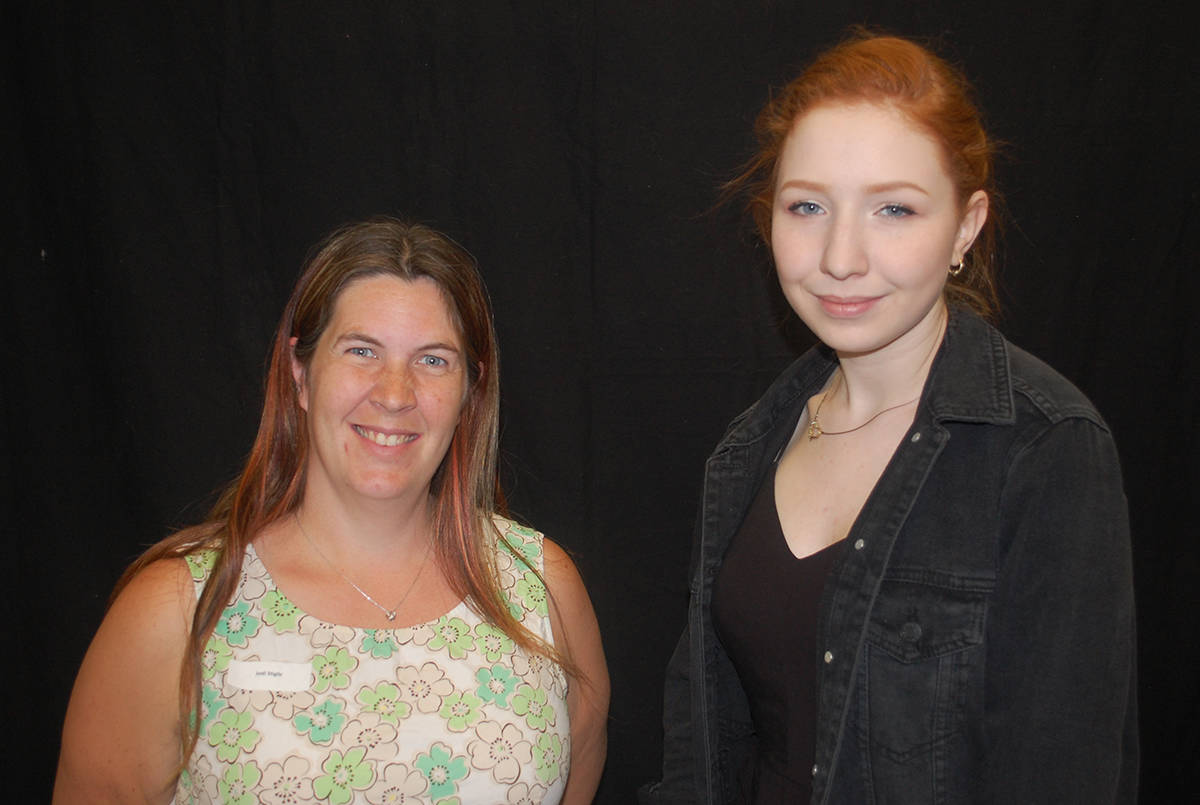 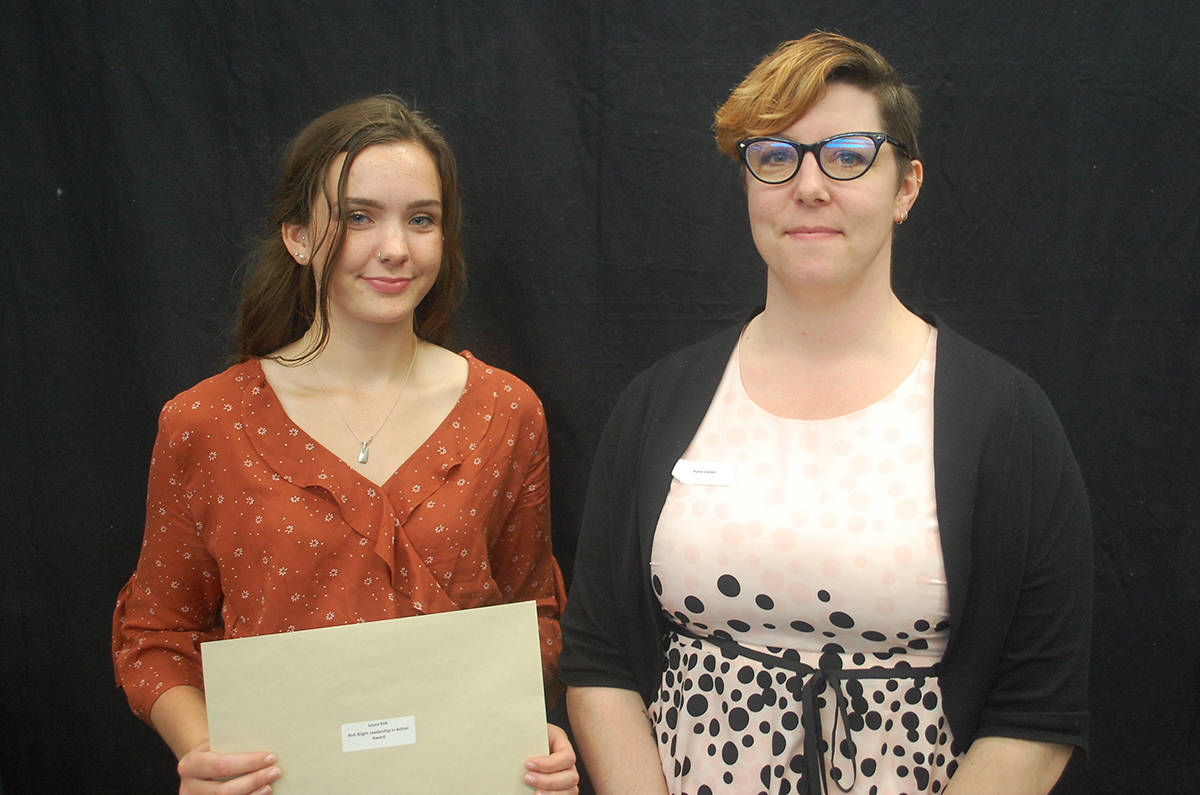 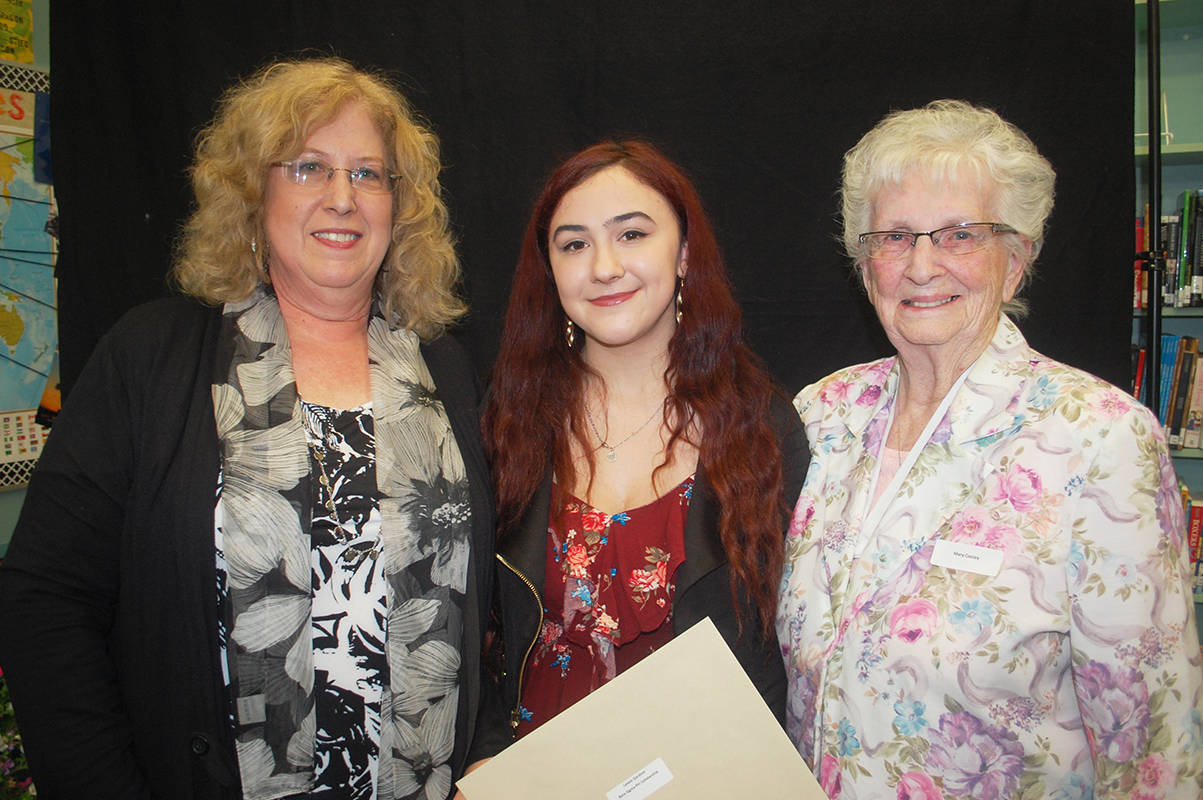 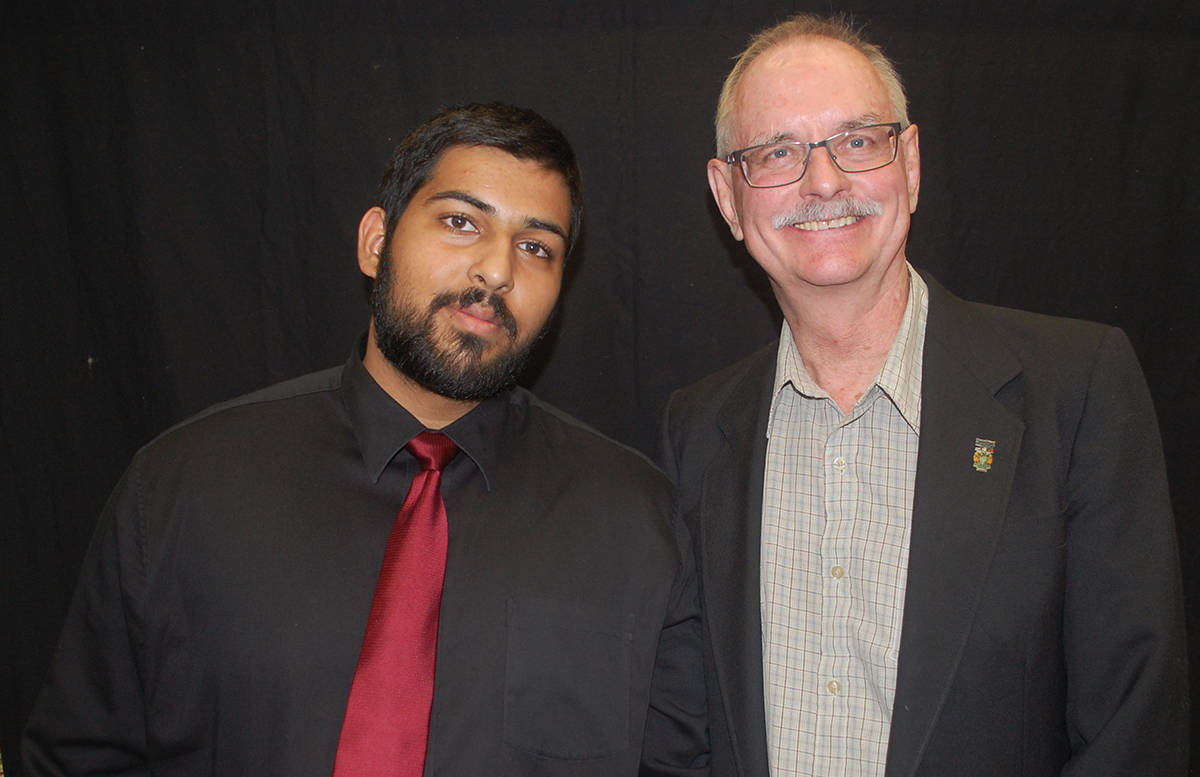 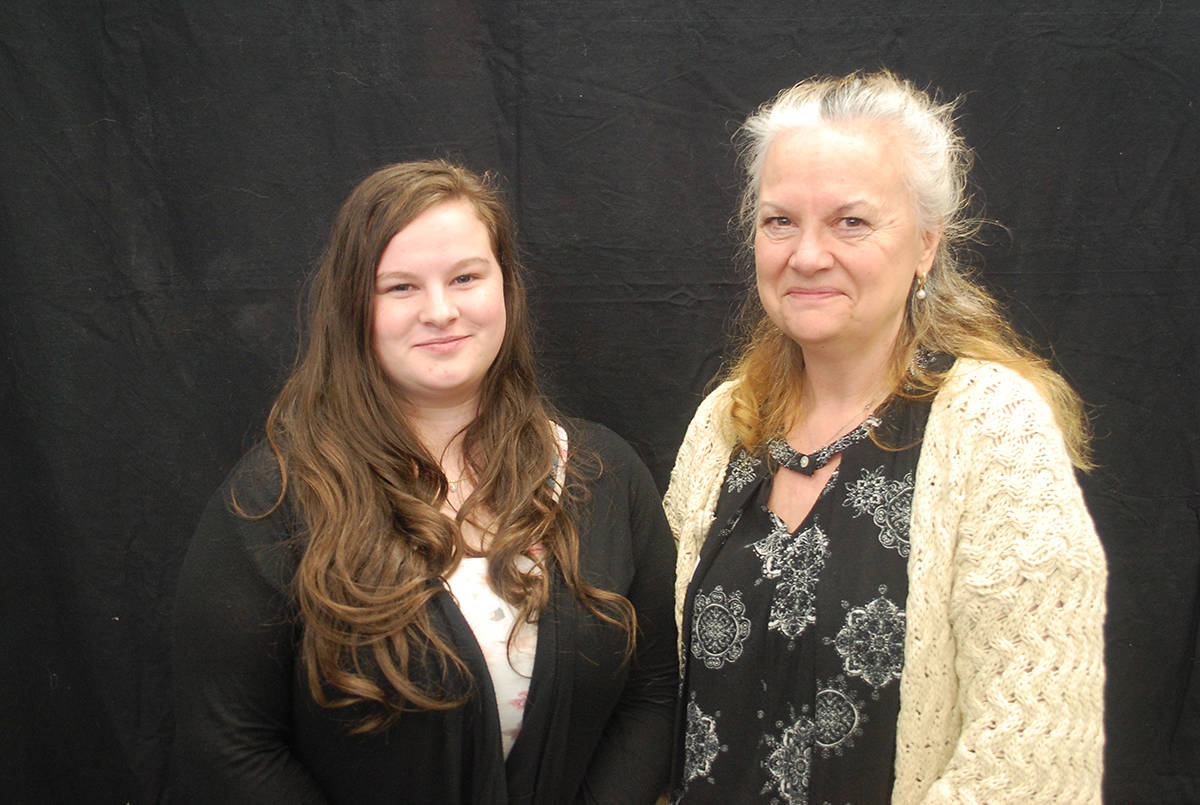 VIDEO: Squeals and butterflies both released in Langley park