After a large tree fell in a Langley City park, the fallen timber was recycled into rustic railings at Sendall Gardens.

Rick Bomhof, Langley City director of parks and engineering, said when the Carpinus Betulus ‘Fastigiata’ or Hornbeam tree came down earlier this year in City park, staff who knew a stairway railing was needed at another park, Sendall Gardens, came up with the idea.

“[They] felt the branches of the fallen tree could fit quite well as railing,” Bomhof related.

Branches were then cut to size and debarked and assembled as railings in the lower portion of Sendall Gardens.

The project was completed by the beginning of May.

“The railing is really a piece of art within the park,” Bomhof told the Langley Advance Tines.

“This fits in well with the city’s goal to provide parks that have unique features, be it artistic or unique play equipment, from what you may find in other cities.”

It isn’t the first time Langley City workers have have found creative uses for fallen trees.

In 2017, a plan to rebuild Hunter Park in Langley City saw some of the trees that were destroyed by laminated root rot recycled into park benches.

All the firs and hemlocks in the municipal park on 45A Avenue off 200 Street had to be be removed because the disease, also known as yellow ring rot, had been detected in several trees and was at risk of spreading.

The new fence around Hunter Park in Langley City was entirely made from the trees the city was forced to chop down.

As well, Langley City crews have repurposed logs from the Brydon Park expansion for use as perching logs in Brydon Lagoon, ziplines at Brydon and Lynwood Parks, and the outdoor parkour course at Penzer Park. 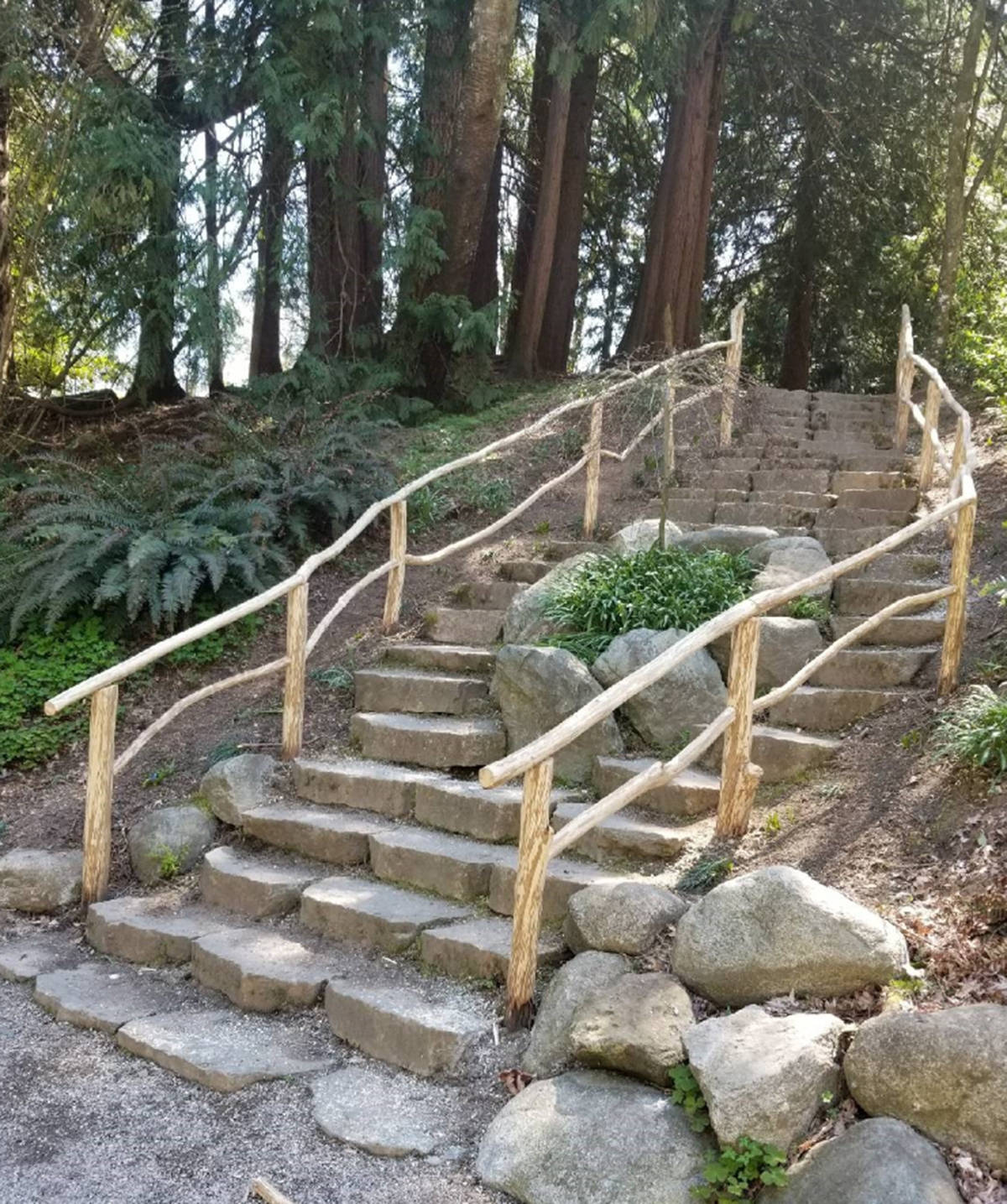 VIDEO: Why an up-and-coming Langley track star has a Gofundme campaign