Brad Bennik swings one denim-clad leg over the tall wire fence, then the other. Jumping down, he lands on the grass with a soft thud and strolls toward a collection of large, dark masses at the far side of the pasture.

The black lumps begin to move. One by one about a dozen water buffalo stand and amble across the pasture toward Bennik.

Rex, the lone bull among a small herd of pregnant cows, walks straight up to him and accepts a scratch on the forehead. The young buffalo was raised in what was essentially a petting zoo, serving as a therapy animal for men in addictions recovery, Bennik said. With that on his resume, Rex has no problem greeting a stranger with a thick swipe of his wet nose.

Times readers may recall Bennik — and his water buffalo — from a story that ran last January.

It was a different bull— one named Prince — that escaped his new enclosure in Murrayville and took a bit of a field trip to Langley Christian Elementary and Middle schools.

During his stroll, which lasted about three hours, Prince wandered around the school grounds peering in windows and thrilling students.

Bennik, who smiles when he’s asked if he minds being addressed as ‘Buffalo Brad,’ (a term that was coined that day) laughed about the incident, but said he’s grateful it was that particular bull that escaped and not one of his others. Prince’s temperament is on the easy-going side and it was a simple matter to walk alongside the animal as it explored.

Like many of the beasts in the herd, Prince lacks the iconic curved horns of a water buffalo. The previous owner removed them, but Bennik plans to let his animals keep what they grow from now on.

“They look majestic,” he explained.

This innate majesty is part of the reason water buffalo are used effectively as therapy animals, which is something Bennik and his wife, Christy, hope to continue.

It might be the juxtaposition — that such large, powerful animals with their massive horns seem to radiate calm — he said, but their peaceful presence appears to be therapeutic for a lot of people, particularly children with autism.

“A lot of people come into the barns and it’s almost a spiritual experience for them,” he said.

Water buffalo, native to southeast Asia, are rapidly becoming popular in North America, though Bennik, a Fort Langley resident, believes he is the first farmer in the Lower Mainland to raise a herd of water buffalo for their meat and milk.

“My wife and I, we’ve always done the unusual,” he said. “We haven’t taken the typical route.”

That goes for raising a family as well, he said.

Of the young couple’s six children, four are adopted, including three who were born in Ethiopia, where he and Christy worked as missionaries for a year.

Bennik makes his living working on a dairy farm and as a hoof trimmer, but he wanted something of his own to pass along to his children.

He first began reading about water buffalo a number of years ago, but it’s only in the last few years that he bought his first 10 animals from a farmer in Ontario.

He leased them to a woman on Vancouver Island during the year he and Christy spent in Africa.

By the time he returned, his herd had doubled in size. He purchased 20 more animals and today, along with business partner Matt VanRookhuyzen, owns around 60 animals.

Bennik and VanRookhuyzen — an electrical contractor with a passion for farming — met through their respective wives, who grew up together.

Only a portion of the men’s herd is being kept in the Port Kells field at the moment.

The remainder of the animals, including Prince, several calves and a number of lactating females, are kept inside a barn on a property across the road from the rented pasture.

The calves are separated from their mothers shortly after birth. They are housed in a different part of the barn and fed using a system rigged up with rubber nipples, plastic tubing and metal pails.

Given the option, Bennik would prefer to keep the cows and nursing calves together, but he can’t.

“The more I get to know the buffalo, because they all have so much personality, I don’t like taking their babies away, but that’s the industry standard,” he said.

Bennik said the main reason for the rule is that dairy products cannot be sold for human consumption if they come from a cow that is suckling a calf.

And selling both the milk products and meat is the whole point of the operation.

Buffalo milk is prized by cheese makers for its high fat content. It makes excellent yogurt as well, said Bennik.

Another benefit is that water buffalo milk contains the same easily digestible protein that is found in goat’s and sheep’s milk. Naturally homogenized, buffalo milk won’t separate, but still must be pasteurized before it can be consumed.

Volume-wise, water buffalo produce about a quarter of what a typical dairy cow produces, Bennik said.

Unlike their milk, he said, water buffalo meat is exceptionally lean.

So far, in addition to private sales, they have mostly sold to health food stores and restaurants, but the plan for the partners is to create their own brand and market their products to a wider consumer base under the name Tesfa Farms. Tesfa means “hope” in Amharic, a language widely spoken in Ethiopia, Bennik explained.

“It’s been a tough road so far,” he said. “The market is still developing.”

In order to help get their name out, Tesfa Farms will sell both water buffalo meat and dairy products — pepperoni, sausage, cheese, yogurt and milk — at the two Langley City farmers markets this summer.

Anyone who is interested in learning more can look for them at the Langley Community Farmers Market, which takes place at Kwantlen Polytechnic University, 20901 Langley Bypass Wednesdays from noon to 4:30 p.m. and at Timms Community Centre, 20339 Douglas Cres., every Saturday, from 10 a.m. to 2 p.m. 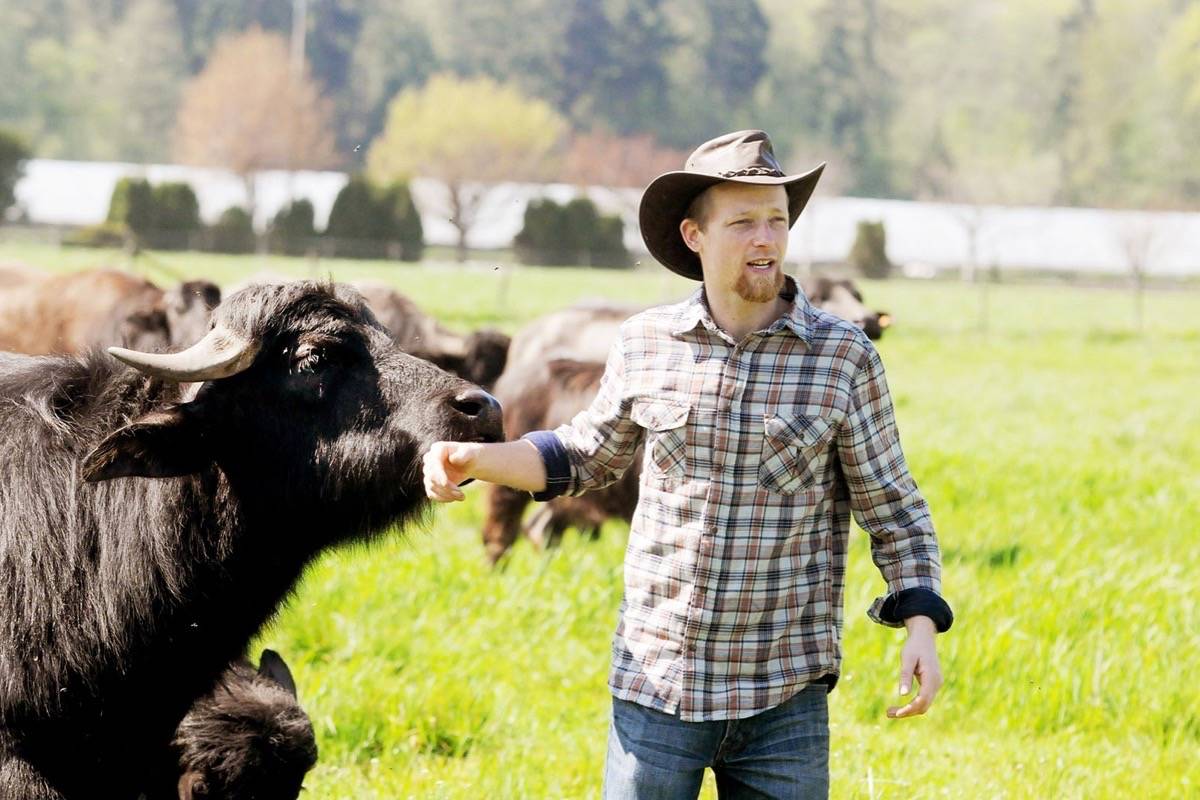 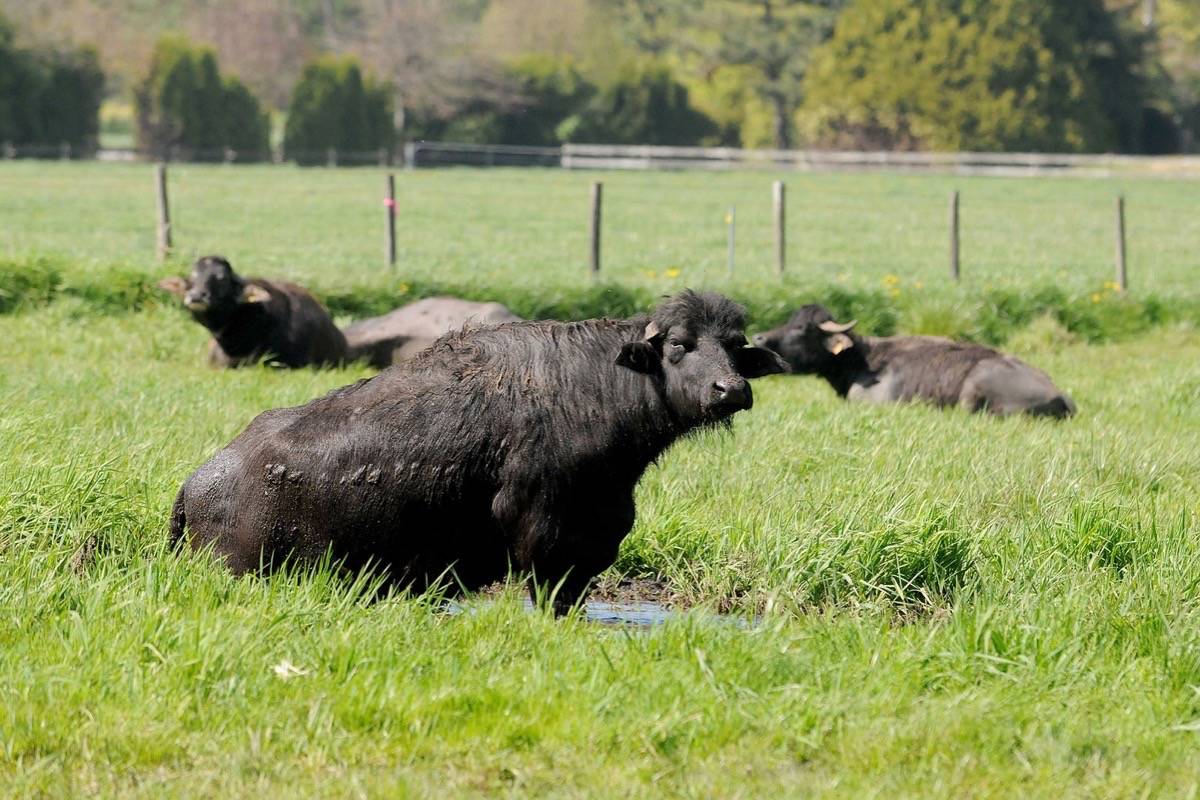 VIDEO: Die-hard riders took scenic tour in the rain to show they care