The theme for most spectator’s visiting Fort Langley this weekend would have unanimously been jazz – but seemingly, the theme for the wide array of jazz musicians performing in Fort Langley was community.

Ice cream treats were in just about every hand hoping to beat the heat. But crowded lawns and sidewalks made it evident that what guests truly came for was a good musical beat.

Singers, songwriters, and jazz musicians from far and wide made up the 57 different acts performing on indoor and outdoor stages as well as local restaurants – each with their own story that led them to the village.

The Sandy Geddes Trio came from Edmonton, Alberta to record an album and discovered they were just in time for the festival.

“It’s so great,” Geddes said of the atmosphere. “You can stand anywhere and just hear the beauty… it’s gorgeous.”

Though sharing her music was an important aspect, Geddes said being in Fort Langley was the real treat for her.

“I’m a community person – relationships and family that draw us closer to each other; that’s what I’m about. It appeals to me being from small town Saskatchewan. It’s [Fort Langley] close to everything yet away from it all.”

Deanna Knight came out from Gibsons to perform 20’s and 30’s swing.

“Any kind of jazz festival is welcome,” Knight said, attending with her band of 19 years, The Hot Club of Mars, to simply keep alive the culture and style of jazz.

Read More: Jazz is in the air… and everywhere else in Fort Langley

The Julian Borkowski Quintet was led by this years rising star award winner – the Cloverdale resident and second-year music student at Capilano University earned a $1,000 scholarship and festival spot.

“It’s just surreal,” Borkowski explained after learning he had won the “rising star” title. “I don’t like to toot my own horn. I’m just grateful – I’ve never been in such a big festival like this.”

For its second year of music, festival organizers established the award “to recognize an outstanding jazz student who demonstrates a high level of performance ability and is pursuing a professional career in jazz music.”

“To have my name alongside people like Maya Rae…” Borkowski added, “I’m super thankful for this.”

Borkowski plans to finish up his jazz degree and movie to the United States to earn a masters and teach music for a living.

Speaking of Maya Rae, who was finishing up her set on the stage across from Borkowski, the 16-year-old Vancouver artist currently rising through the ranks of the local jazz scene said she was surprised by the village’s atmosphere.

“It’s so lovely and welcoming. I’ve never been out here to Fort Langley, but it has such a sense of community.”

Rae said she was asked by organizer Dave Quinn to perform, a common thread for many of the out-of-town artists that played the festival.

For bandleader Steve Clements and the 12 peice Noxious Obs Society from New Westminster Secondary, it was a social media call out that brought them to Fort Langley.

“The band is sort of in a state of flux, but it’s a great opportunity to get together and play through the summer. We have a few alumni that even came back to play.”

Clements, carrying a giant white sousaphone, suggested his crew take a dip in the Fraser River after during performance on the Bedford Plaza Stage. The music continued as the band dangled their feet in the water from a nearby dock.

Whichever stage a spectator went to, the commonalities at each seemed to be a light-hearted mood and a love for Fort Langley.

All of the musicians that spoke with the Langley Advance Times said they would happily come back to the festival next year, which organizers say is already being planned.

An extensive kids zone, Lions Club pancake breakfast, history presentation by musicologist Douglas Fraser, and sidewalk painters finding inspiration from the live music were just some of the highlights found on the festival’s final day.

The Fort Langley Jazz and Arts Festival wraps up with a ticketed Gospel Show at the Chief Sepass Theatre at 7 p.m., Sunday night. 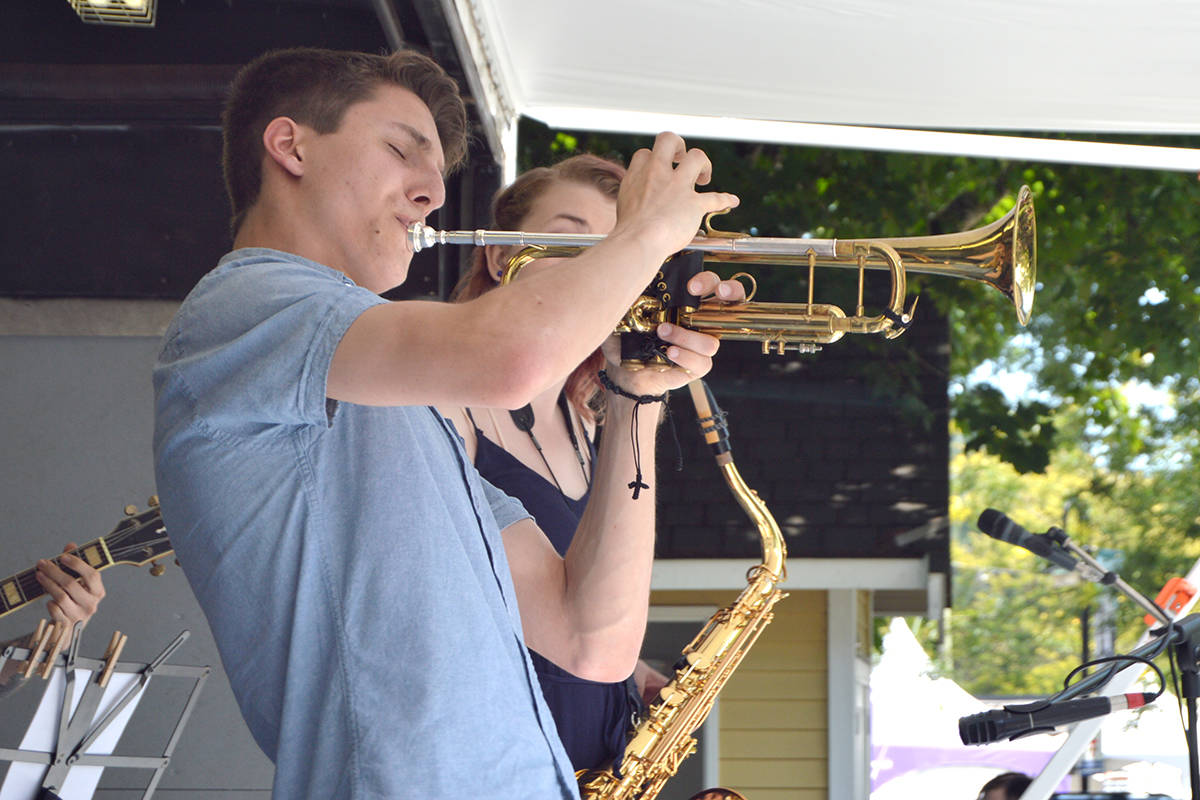 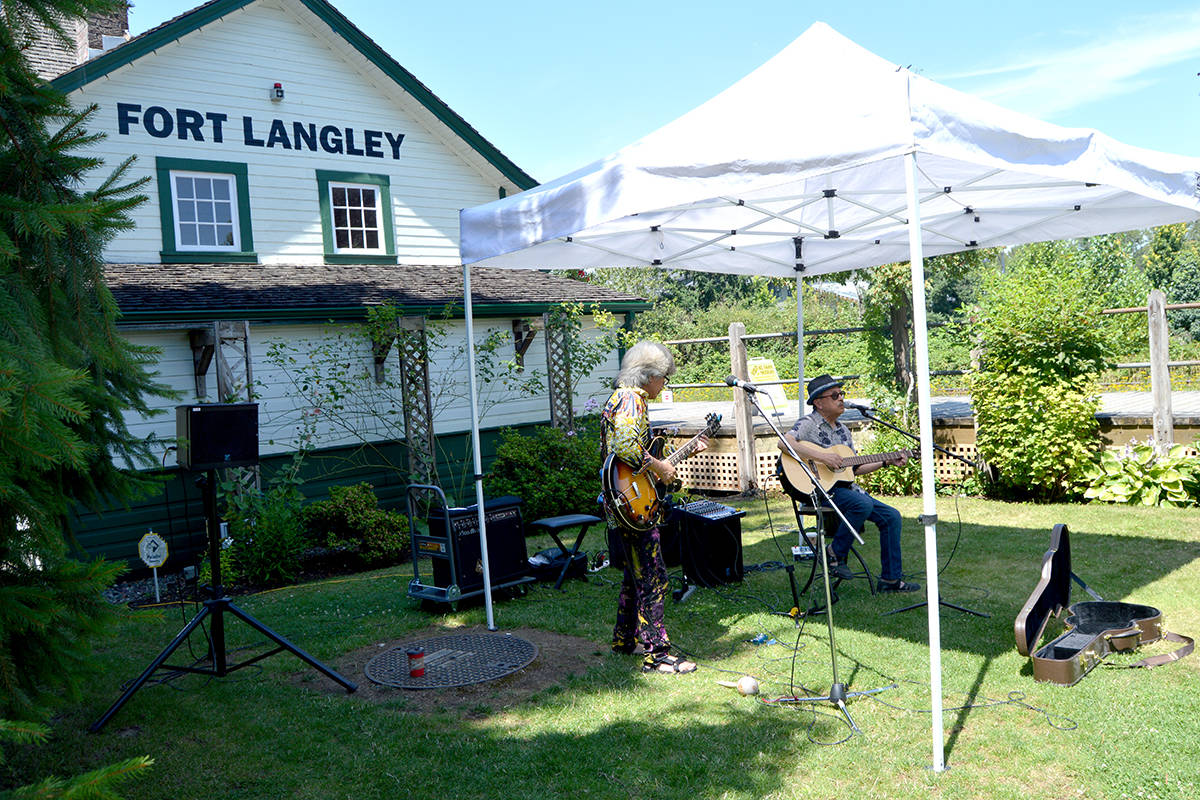 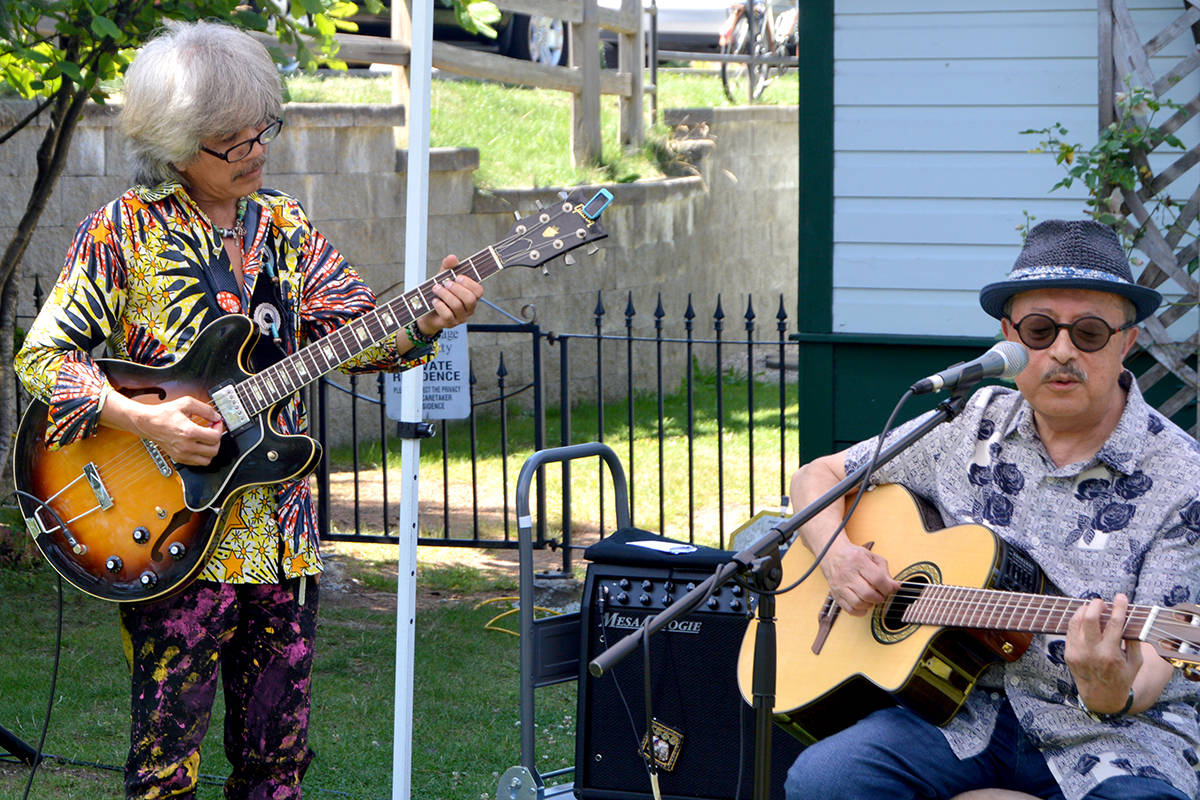 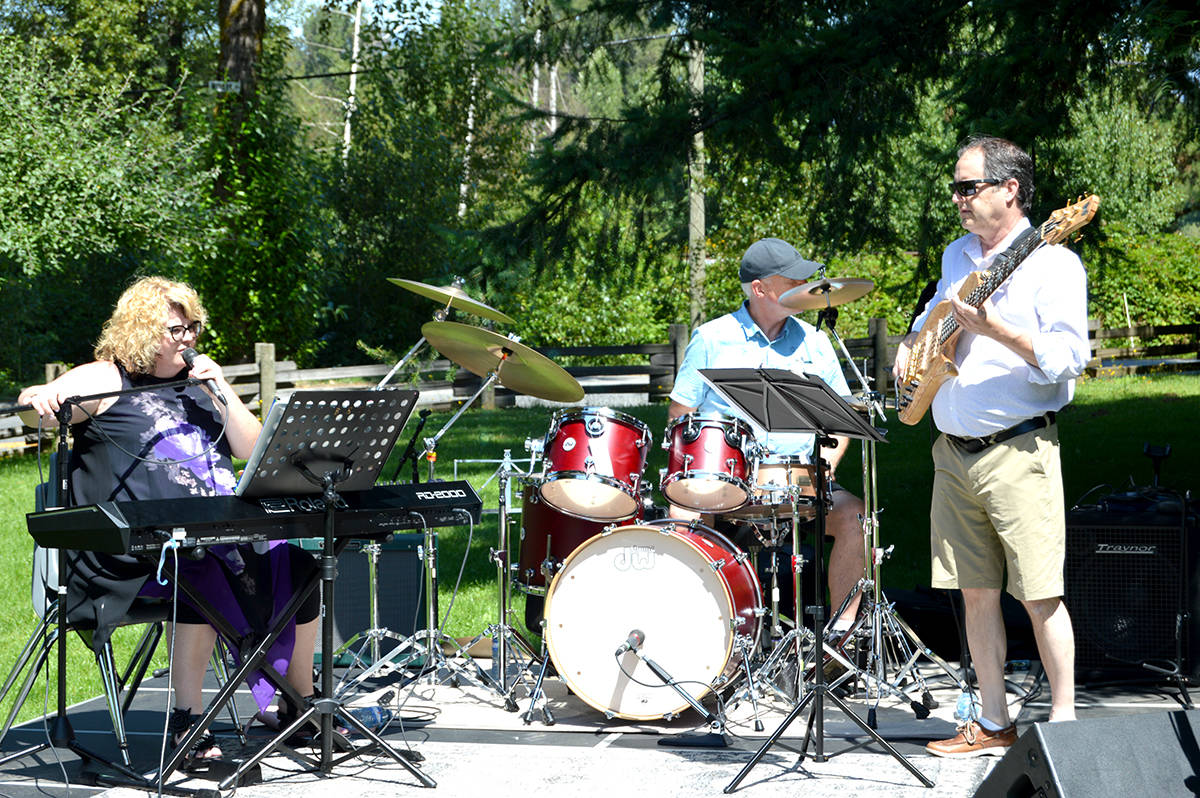 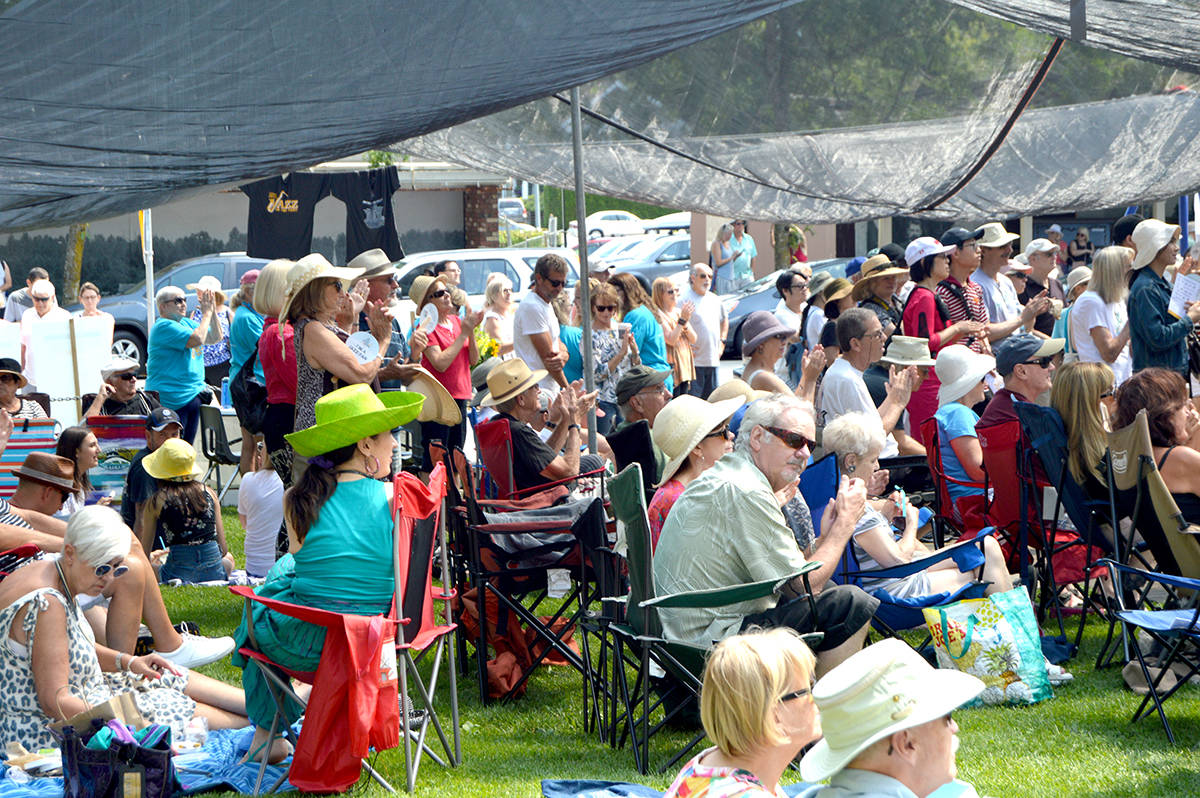 An epic cycle in honour of her mother