You’re never too old to swim upside down.

That could be the unofficial motto of the swimmers of the West Coast Masters, the Langley-based synchronized swimming group that works out of the Walnut Grove Recreation Centre pool.

The actual motto, as it happens, is “fun, fitness and fellowship” but club co-founder Suzy Loewen, a 67-year-old grandmother, doesn’t disagree with the other.

“This is a bunch of grannies having fun,” said Loewen, a former lifeguard and pool manager who has been competing for 25 years at the masters level.

Over the years, swimmers’ ages have ranged from 19 to “80-ish” Loewen said.

Some of the team members have been participating in synchronized swimming for more than 30 years.

The average age took a drop recently when an 84-year-old swimmer retired.

“She couldn’t handle the drive at night (to practice) but she’s still swimming,” Loewen said.

Loewen and fellow masters swimmer Lorraine Rowland got the club started back when Loewen was managing the 25-metre pool at the Langley Salvation Army facility on a 10-acre site at 200 Street near the freeway.

The pool was being used for therapy, but the Salvation Army thought it could serve the general public as well.

The club was originally known as the “Sally Anns.”

Five years later, after the new pool in the Walnut Grove rec centre opened in 2000, the club moved and changed its name to amalgamate with another team.

“We’ve been there (at Walnut Grove) ever since,” Loewen said.

The Langley club has competed provincially, nationally and at world level competitions, inclduing events at Italy, Denmark and Germany, finishing as high as third (bronze).

While an online search for synchronized swimming uncovers an intimidating description that says the sport “requires great strength, endurance, flexibility, grace, artistry and precise timing, as well as exceptional breath control,” older swimmers should not be deterred from trying the sport at the masters level.

In terms of ability, the Langley club suggests if you are able to swim in the deep end and if you loved doing somersaults in the water as a child, this is the sport for you.

“It (synchronized swimming) is excellent for people with breathing challenges, flexibility and range of motion issues,” Loewen said.

“It’s a lot of fun if you’re tired of length swimming,”

The West Coast Masters club is currently on a summer break, but will resume practices in September or October, depending on the Walnut Grove pool maintenance schedule.

The club swims at the Walnut Grove pool Tuesday and Thursday night starting a 8 p.m. 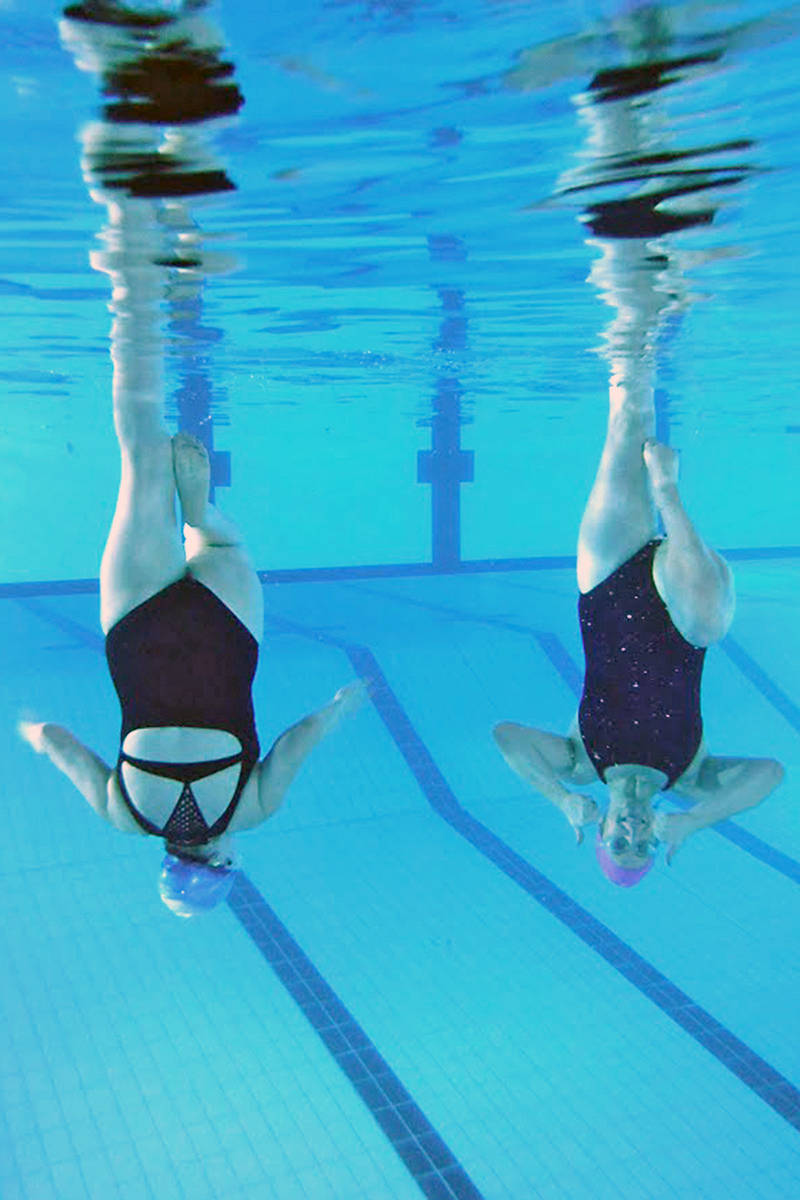 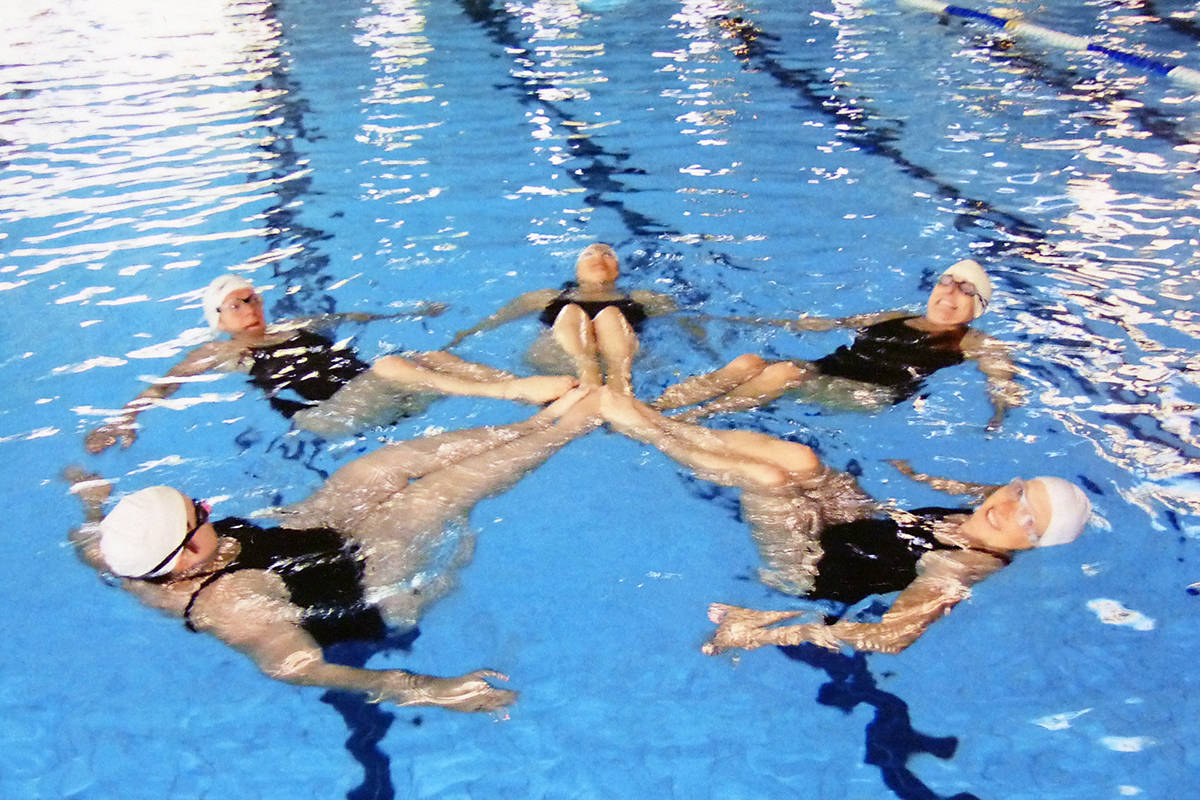 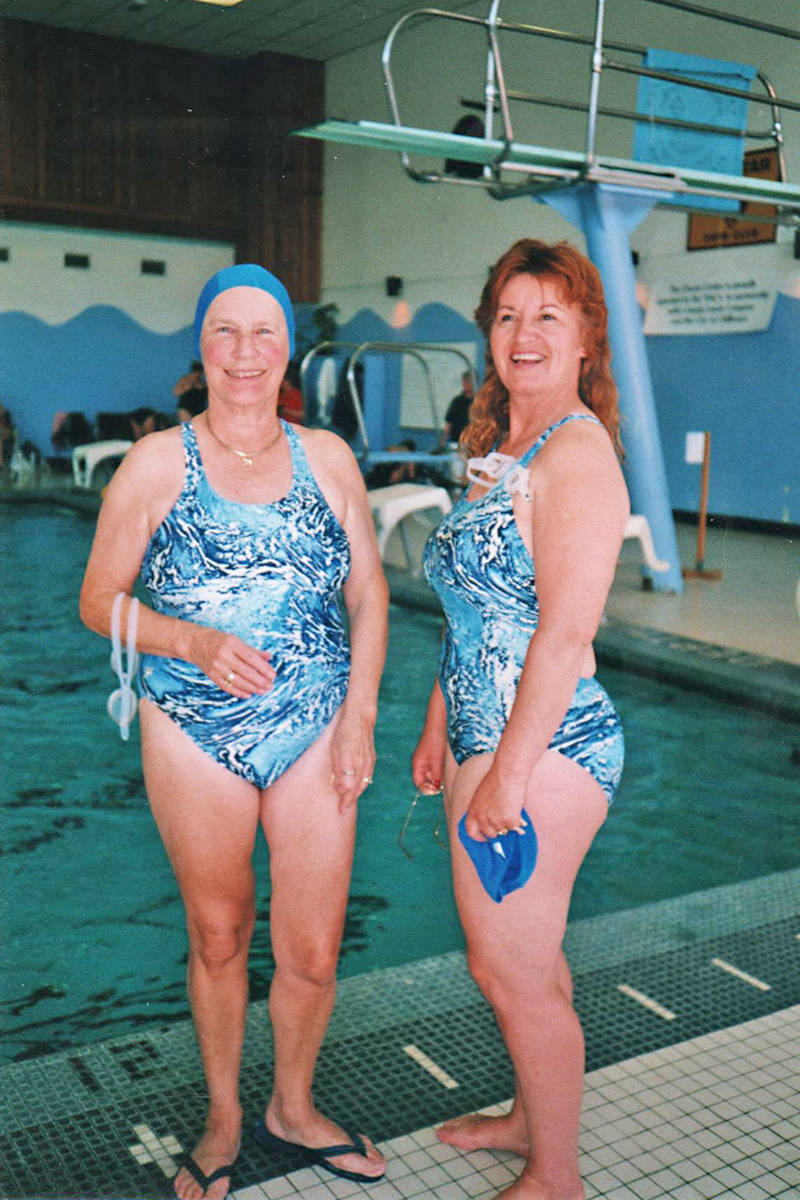 A late 70’s pic of swimmers Lorraine Rowland and Suzy Loewen, the co-founders of the West Coast Masters. Supplied 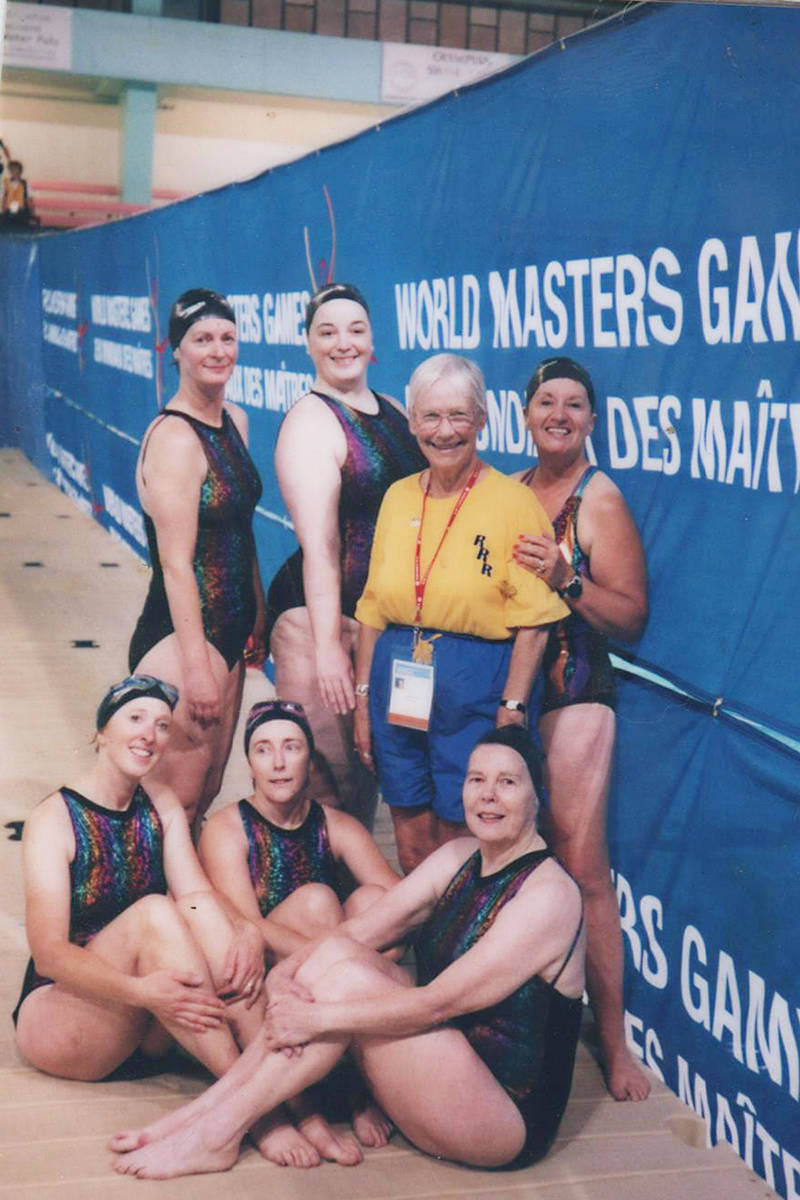 Coach Lorraine Rowland (centre) and the West Coast Masters team at the Worlds in Edmonton. Supplied