In light of this past Thursday’s release of the movie, Peter Rabbit, an Aldergrove-based animal rescue organization is pleading with consumers to refrain from impulsively buying rabbits as pets.

The release of films featuring cute animals typically results in a spike in pet sales, which in turn, results in volunteer-run, non-profit rescues being inundated with requests to take unwanted animals once consumers discover how much work they are, said Lisa Hutcheon, president of Small Animal Rescue Society of B.C. (SARS BC).

“For dedicated guardians, having a pet rabbit is a rewarding experience,” Hutcheon admitted.

“But too often, we see the other side of rabbit guardianship. They are dumped in parks and left to fend for themselves, soon falling victim to injury, disease, starvation and predators. For hundreds of these former pets, death is a slow, painful certainty,” she elaborated.

This has been seen with the release of such films as Snow Dogs, Snow Buddies, Legally Blonde and 101 Dalmatians, Hutcheon pointed out.

“This release poses an extra threat as it coincides with Easter, typically a terrible time for rabbits and rabbit rescues,” she predicted.

Adoption means in for the long haul

A cage is not enough.

Their indoor enclosures and litter boxes need to be cleaned regularly.

Their survival depends on being fed a specific diet and having their eating and elimination habits closely monitored.

“They are ground loving prey animals that do not appreciate to be cuddled and carried around,” Hutcheon said, offering some insight into what some simply see as cute little cuddly bunnies.

“In addition, rabbits can live up to 10-12 years…..not the one or two years most people think.”

Most rescue groups – which are typically volunteer run and dependent on private donations – are at their limits taking care of abandoned rabbits and victims of cruelty and neglect.

The wait times for owner surrenders are long, and one will most likely not be able to find immediate placement for a rabbit should one decide to give it up.

Releasing a rabbit into the wild is not an option. It is illegal and will result in the rabbit’s death,” Hutcheon said.

“Please enjoy the Peter Rabbit movie and if you feel the urge to add a rabbit to your family, cons for your lifestyle,” she said.

“Rabbits are often a poor choice for children. Otherwise, a stuffed bunny is a great choice.”

No other group takes small animals

The Small Animal Rescue Society of BC is a registered charity with the primary focus to rescue and re-home small animals in need – neglected, injured, and abandoned animals are their main priority.

Langley has no where to take small animals,” Hutcheon said.

“If this movie ends creating a surplus of unwanted pet rabbits, then we are in big, big trouble and lots of animals may end up neglected or dead,” she concluded.

SARS works with a number of small animals such as rabbits, guinea pigs, rats, mice, hamsters, gerbils, degus, chinchillas, hedgehogs, reptiles, birds, ferrets, cats, and dogs – and encourages people not to breed or buy while homeless pets are dying.

SARS does not have a public shelter, but posts animals for adoption online.

“Basically, SARS BC is a province-wide network of foster homes, volunteers with experience in caring for small animals and who take in animals and rehabilitate them until they are ready for adoption,” added volunteer Marina Hebert.

More information about the group, its need for funding, and what animals are available for adoption can be found online at: www.smallanimalrescue.org. 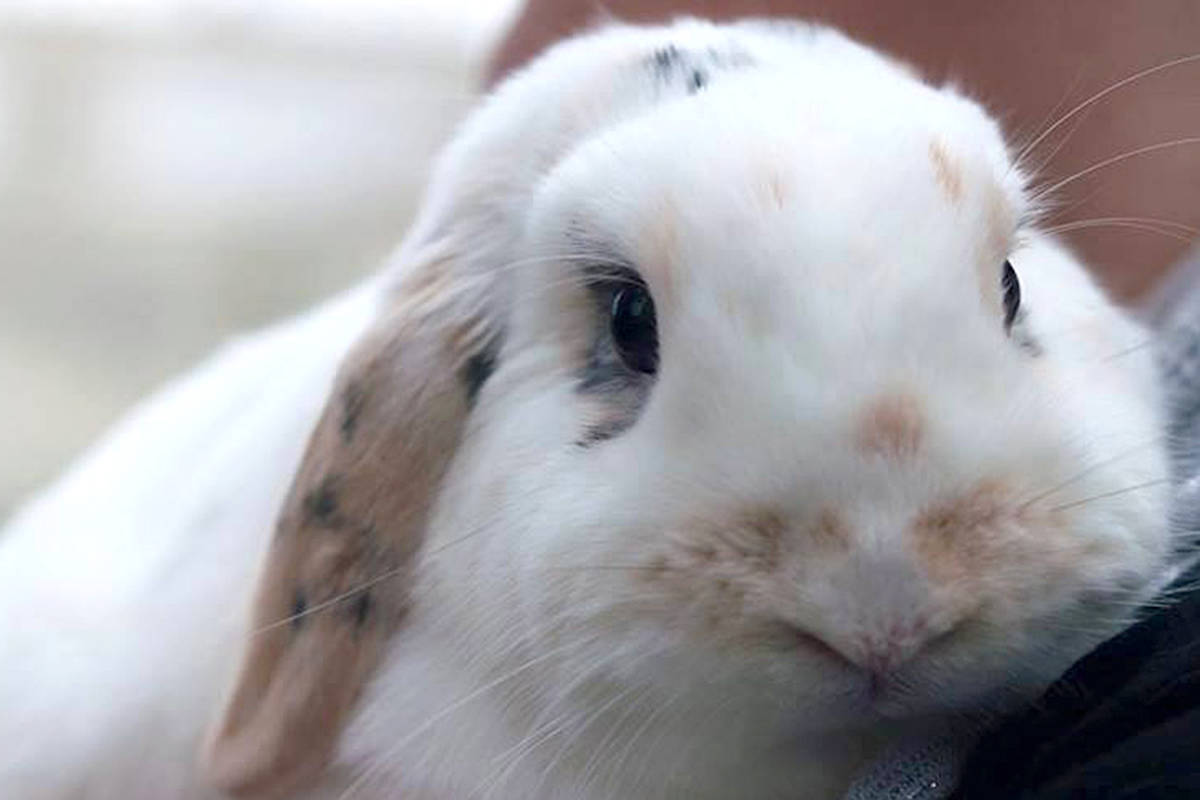 Marina Hebert is a volunteer with the Aldergrove-based Small Animal Rescue Society. This is a picture of one of her bunnies, Ana. (Christopher Orr photo)