A six-year-old Aldergrove girl learned the tough realities of the fight against cancer after her grandma was diagnosed, and it got her thinking about young kids who are forced to battle the disease.

“I had lost all my hair, so she had seen me without hair… and I had a wig and she knew that,” Belton recalled.

This prompted a conversation with mom Kara Davidson.

“So [Mom] had said to Chloe, ‘You know, there’s little kids that go through chemo and don’t have hair and they take donations for wigs for them,’” grandma retold of the exchange between mother and daughter.

And so Chloe set off to do her part.

“I wanted to donate because the kids who have cancer needed hair for wigs,” Chloe said. “My nana had cancer and she needed a wig. Nana was given a wig, so I thought why don’t I help other kids.”

With the help of her family Chloe organized an online fundraising campaign with BC Children’s Hospital with the goal of raising $1,000 by Nov. 3, the day she was scheduled to cut and donate her hair to Wigs For Kids.

“I thought it was pretty amazing, that at that age, she could even be that sort of sympathetic to other people going through hair loss… and she was so excited to get it cut,” said Belton.

In a matter of weeks the fundraiser generated more than $3,000.

And so on Nov. 3 the Parkside Elementary student made her way to the salon chair for the long awaited haircut.

Immediately after jumping out of the chair Chole felt much lighter.

“It was hard washing and brushing my hair on my own,” she recalled about the experience. “Now I can brush my own hair without my mom’s help.”

Grandma laughed when she recounted Chole’s first words after her new hairdo was revealed.

“My dad’s gonna freak. He wanted me to keep it to my shoulders.”

Chole was donating 10 inches of her hair and that meant cutting it slightly above her shoulders, and she didn’t mind one bit.

“It felt good,” she said. “I wasn’t sad because I’m making another kid happy.”

Mom said Chloe is ready to make the commitment to growing her hair out again.

“Chloe wanted to thank her family and friends who donated in her name. She was happy to have all their ‘votes.’ Every time I told her she received a new donation she would call them her votes,” Davidson said. 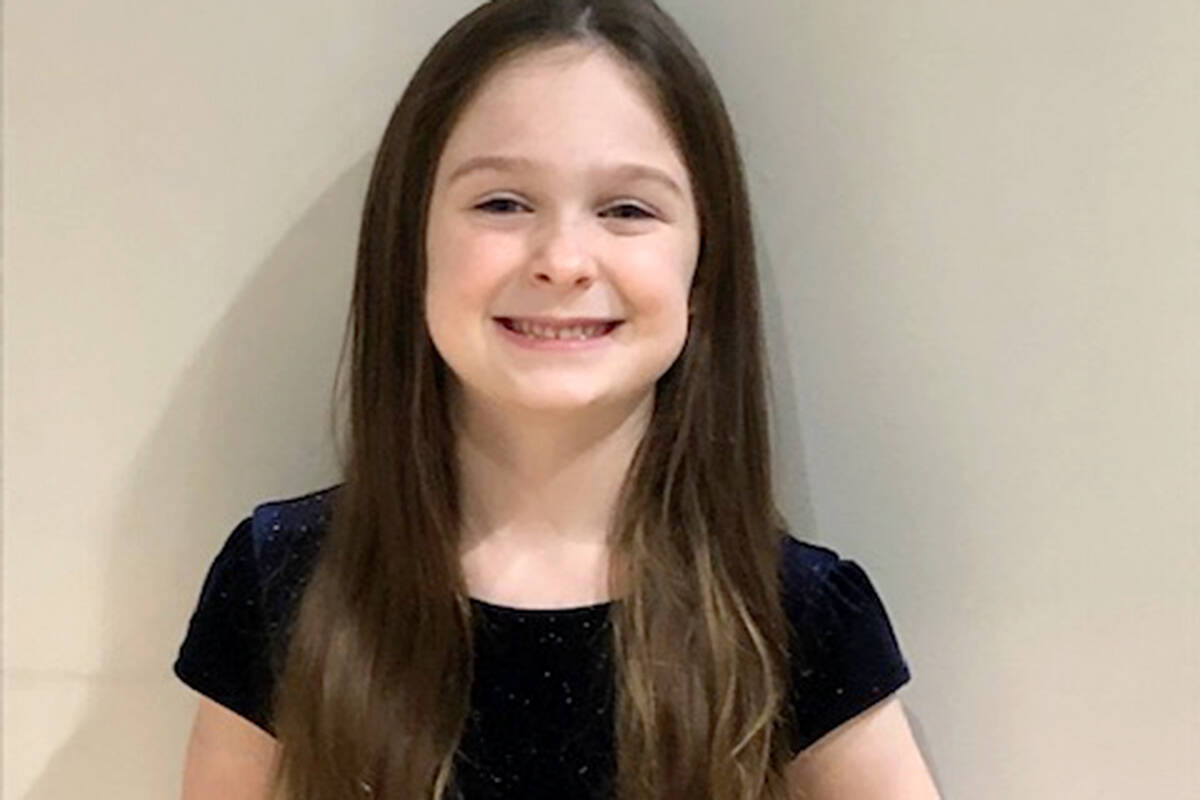 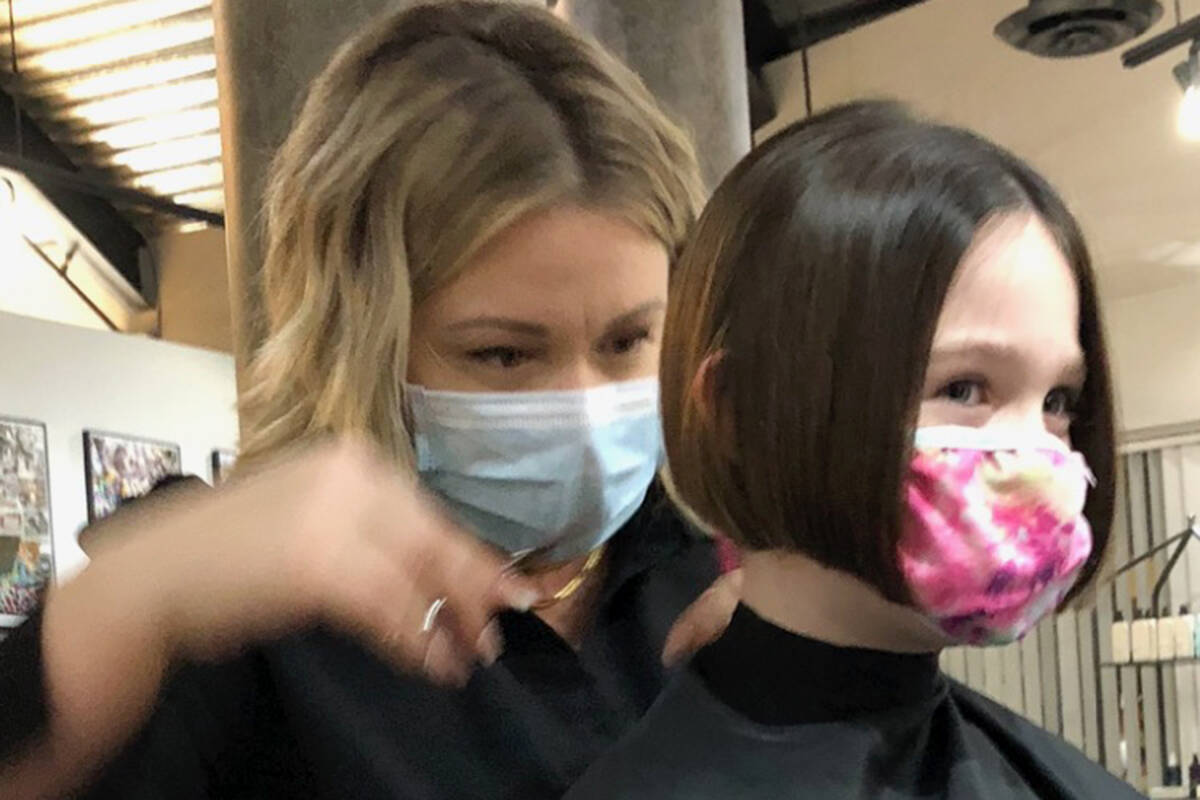 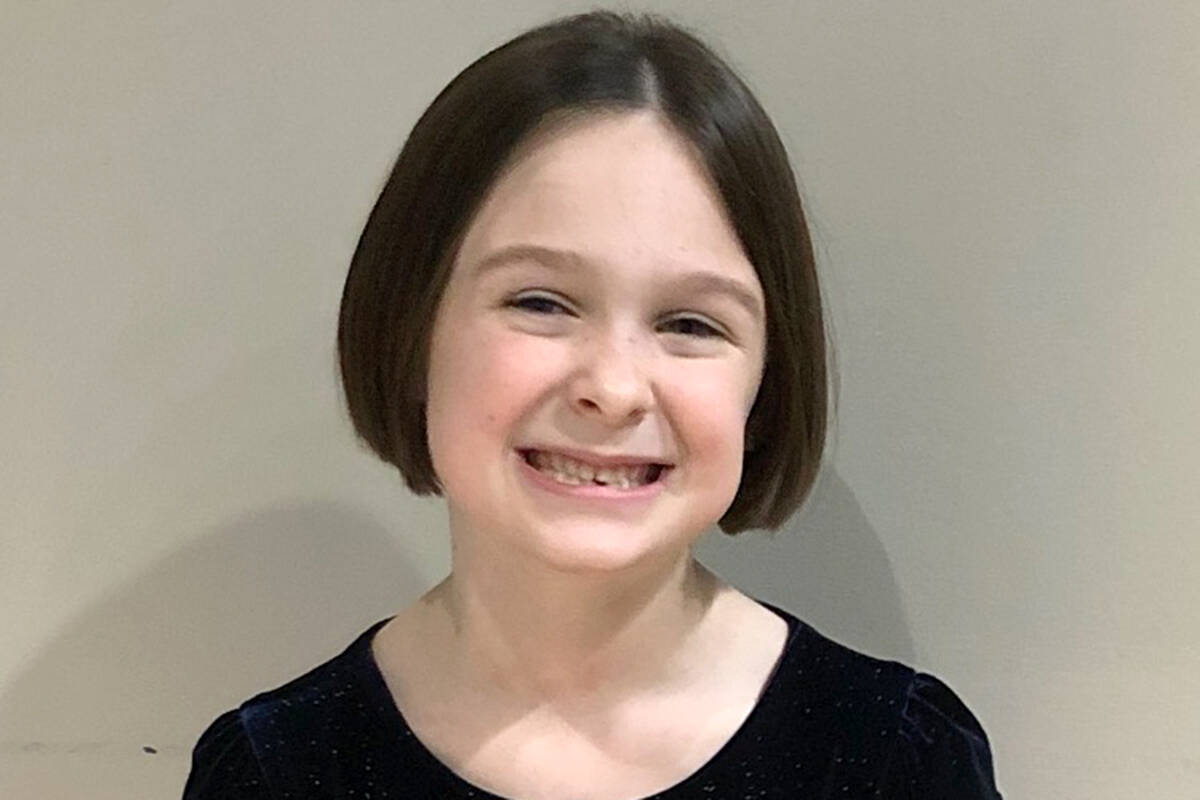