But the colourful woven straps aren’t about being fashionable.

They are an easy way for staff to match up straps to safely and comfortably lift lodge residents, a different colour chosen depending on the person’s height and weight, so the mechanical lift machines can be used to safely transport them.

It’s the little things in the design of the slings that has lodge staff so grateful to the Aldergrove branch of the Royal Canadian Legion, which purchased the 26 slings along with eight special pressure-relieving, gel mattresses.

“We have every kind of sling you can imagine,” explained Susan Nichol, a rehabilitation assistant at the complex care facility.

But even before COVID-19, having to share slings between residents was not ideal, even with laundering.

“We just need more. You can’t share them,” she explained.

As well, there’s various kinds of slings for various functions, including ones that allow for toileting without becoming soiled, and ones that can stay on a resident as they are put into the bath. The ideal is for enough slings for every resident who needs them and so the slings can be assigned to particular residents as long as they are in the lodge.

Nichol told the Aldergrove legion representatives just why their donations mean so much.

Mechanical lifts with patients suspended in specially designed slings have made providing care safer for residents and staff who sustain fewer work-related injuries.

“When I started here 34 years ago, I was a care aide, and we had to lift them,” Nichol explained. “When we got our very first lift, we thought we were in heaven.”

The legion donation of the special mattresses will make residents more comfortable and improve their health.

“[The mattresses] are built so that there’s less pressure by the feet so they don’t get pressure sores,” Nichol said.

Residents in the lodge tend to be less mobile and more prone to pressure sores which can be difficult to get healed. They can cause residents pain.

Patrick Matiowski, the director of fundraising, said donations from the Aldergrove branch, as well as others such as the Cloverdale branch, Rotary clubs, and the public are vital to the comfort of residents.

Doug Hadley, past branch president and the service officer who helps veterans directly, as well as Bryon Basaraba, the branch sergeant at arms, were happy to stop by the lodge to see the delivery of the slings and mattresses.

The donations, totalling $15,235.30, were from money raised in the annual Poppy Fund campaign. the branch uses the money to support veterans such as Josephy Wrazy, a resident of Langley Lodge. The 97-year-old former logger was with the Edmonton Fusiliers, fighting in the Second World War in the Pacific Theatre. When asked about what he experienced during the war, he quietly said “too much.”

“One of the main objectives of the legion is to provide assistance to vets, their families,… as well as seniors,” Hadley explained.

• READ MORE: He served, like his father and his grandfather before him

One hundred per cent of the money the public gives for poppies goes back into the community, he noted.

“This money was raise between the end of October and the 11th of November last year, and it’s just part of the funds to be distributed to those in need,” Hadley said.

They value being able to see the donations in-person.

“It is very interesting that we see the changes that have come up, how it made their lives a little bit easier. Making life easier or more relaxing for the veterans, particular, is what we wanted to see,” Basaraba said.

“And it gets us out into the community as little bit,” Hadley added.

He said legions are not buildings where a few old people gather. The branches work to support veterans, including young people who were in the military, as well as to support the community through campaign such as Remembrance Day poetry and art contests for youth, athletics, donations to local causes, and more.

They were pleased to meet Wrazy during their visit to the lodge. Hadley noted that there are about 20,000 veterans from the Second World War still alive. 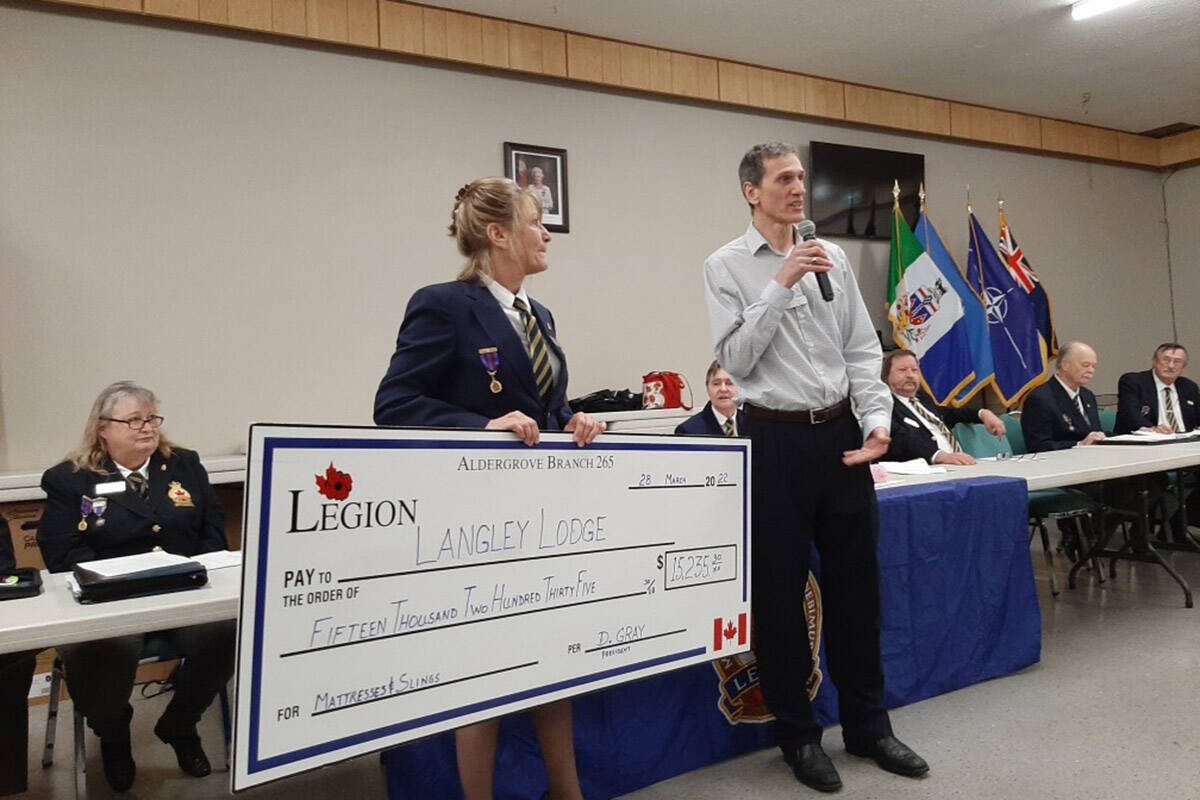 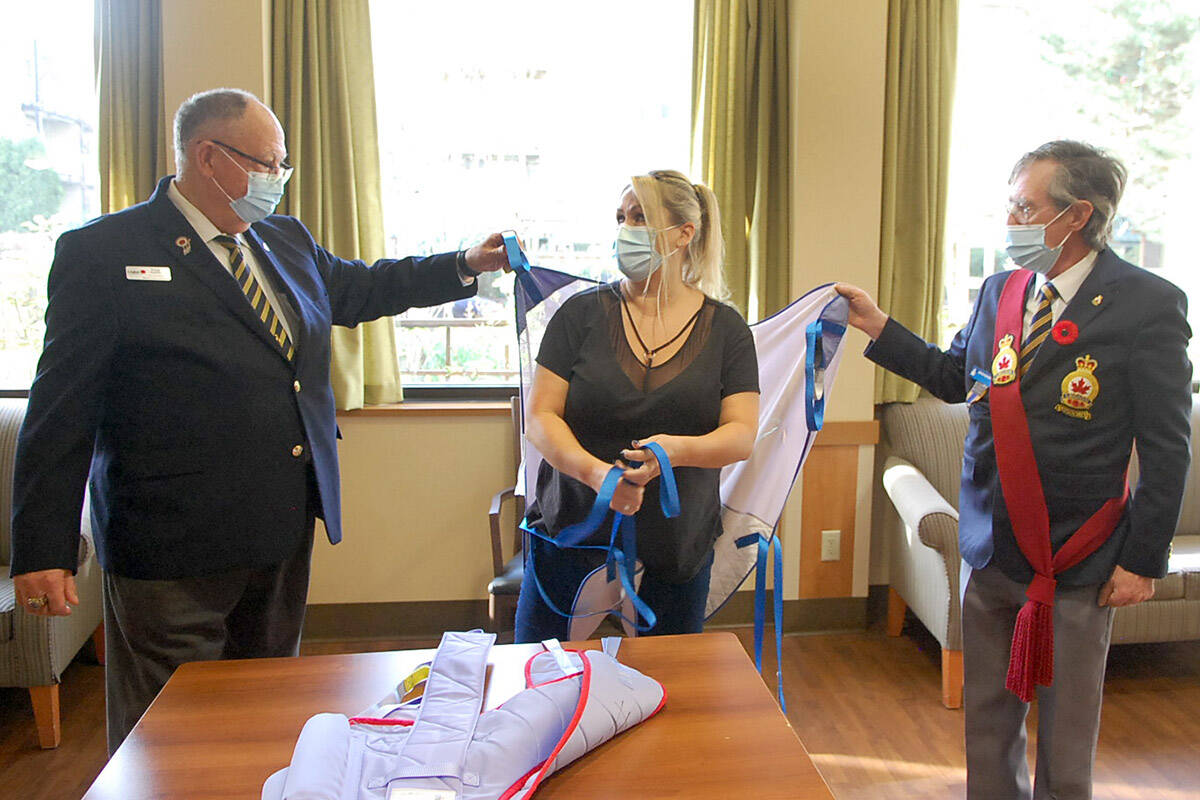 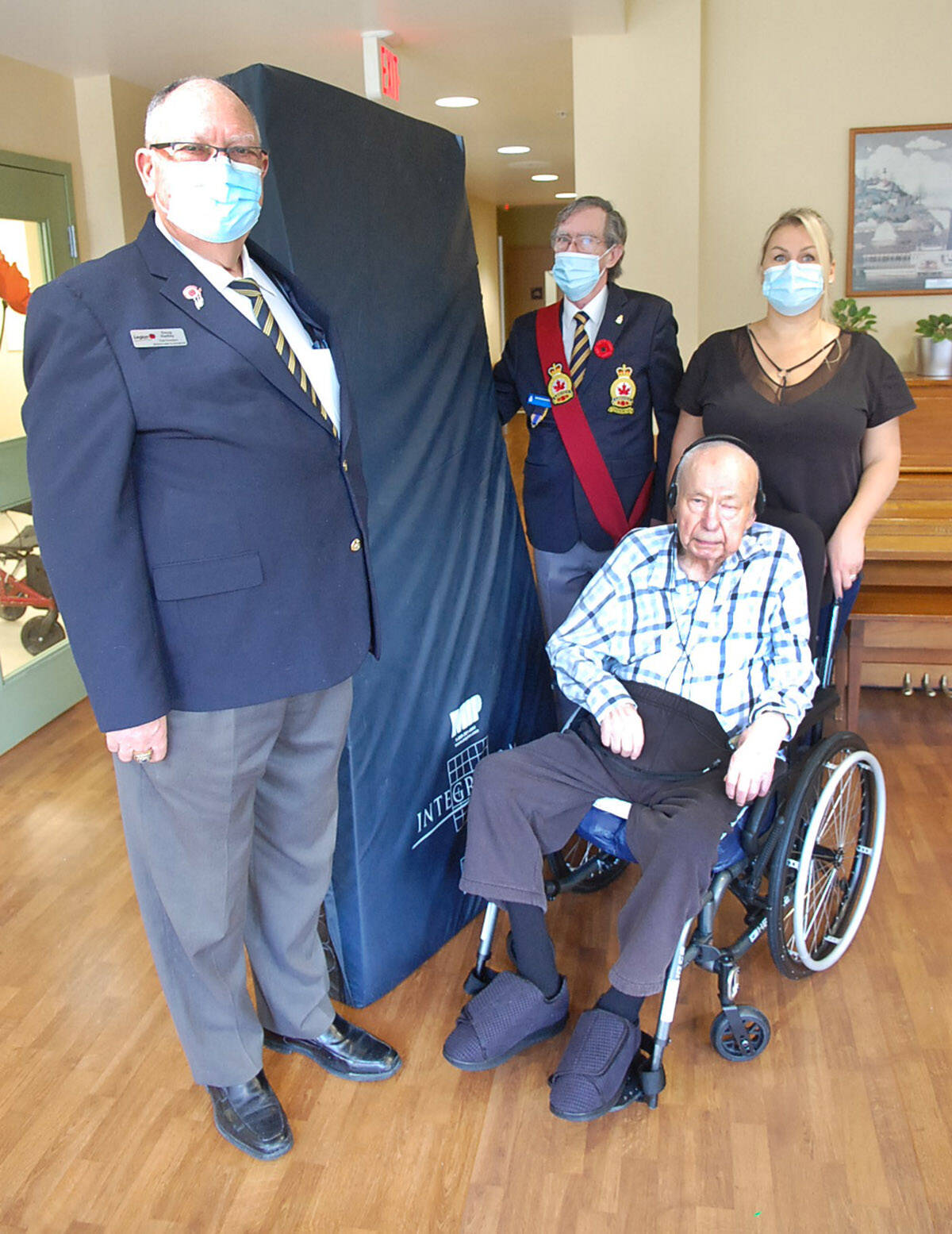 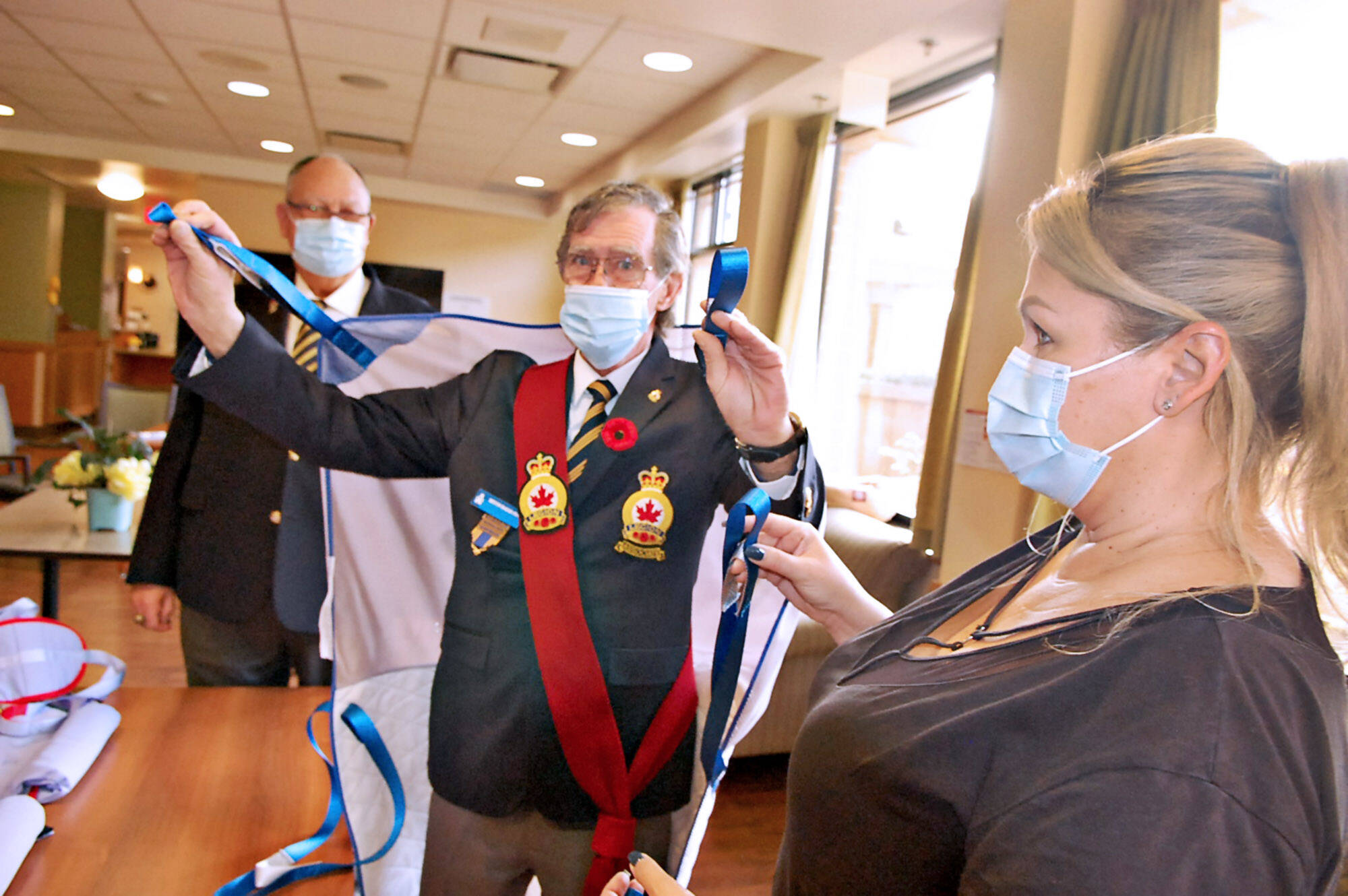 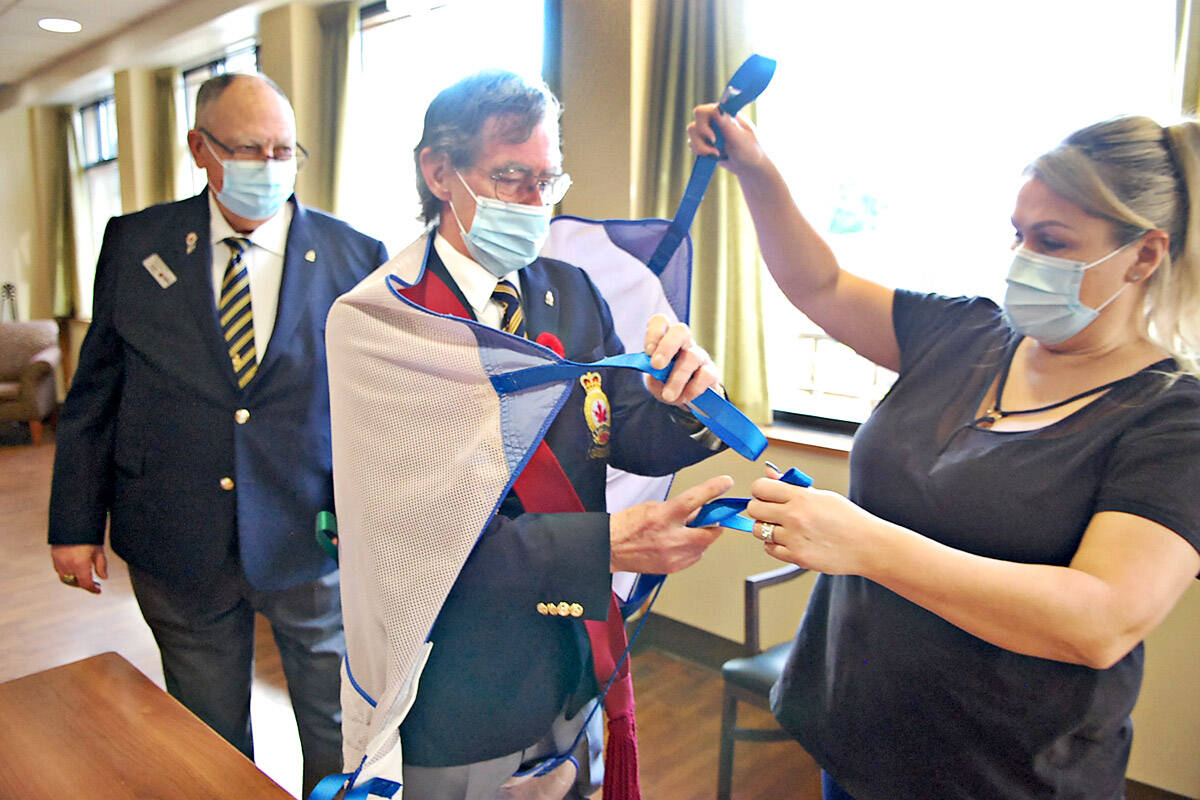