Aldergrove Mounties have been handing out a new kind of ticket, but not to people doing something wrong.

The tickets – actually just free Otter Co-op Outdoor Experience water park and pool passes to the newly built Aldergrove Credit Union Community Centre (ACUCC), a highly-populated summer destination, have been handed out on the spot to those showing exemplary behaviour.

Over 100 free pool passes have made their way into the hands of children, youth and seniors this month. All have been met with looks of surprise.

“Thank you!” exclaimed Emma, Sophie, Mia and Jack in unison after receiving theirs, and as prompted by their mothers who recently watched them play at the Aldergrove skateboard park.

The four all attend North Otter Elementary School and met up at the athletic park to take advantage of the warm weather and their time off from school.

The Aldergrove Rotary Club first purchased and supplied a number of passes and gave them to local Langley RCMP. Then, the Township of Langley followed in suit, on behalf of local Councillor Bob Long.

Whether it was to young kids volunteering at the Aldergrove food bank, youth who wore their helmets while skateboarding – or just those who might benefit from an incentive “to be able to do something else with their time,” Long described.

Neuman has come across many Good Samaritan-children and seniors over the course of his work out in the community, especially during his scheduled footbeats alongside RCMP auxiliary officers in the downtown core.

Recently, Neuman surprised seniors at the Aldergrove Veterans and Seniors Society centre on Fraser Highway will some pool vouchers.

Though, throughout the Township there now exists a “super senior rate” which is 1$ admission to recreation facilities for those ages 80 and older – which just misses seniors in the 70 to 75-age range, Long explained.

When asked who authored the initiative to provide upstanding local residents with passes to the pool, both Cllr. Long and Neuman pointed fingers at each other (metaphorically speaking).

“It comes squarely from Neuman,” Long told the Aldergrove Star.

Meanwhile – Neuman referred to Long expressing a desire to see free ACUCC admission offered to those who truly need or deserve it, and through a knowledgeable source.

“It’s been an initiative of the police for quite a while, to give out McDonalds or A&W vouchers to kids doing good things, for rewarding their good behaviour,” Long expounded.

“So it seemed a natural next outcome was to hand out free passes,” Long added, along with the mention of local concerns over a lack of accessibility for youth to use recreation services, including that of the pool.

Though there is no official program for the positive police ticketing, both Long and Neuman hope to see the resurgence of a similar initiative or those like it in the coming months. 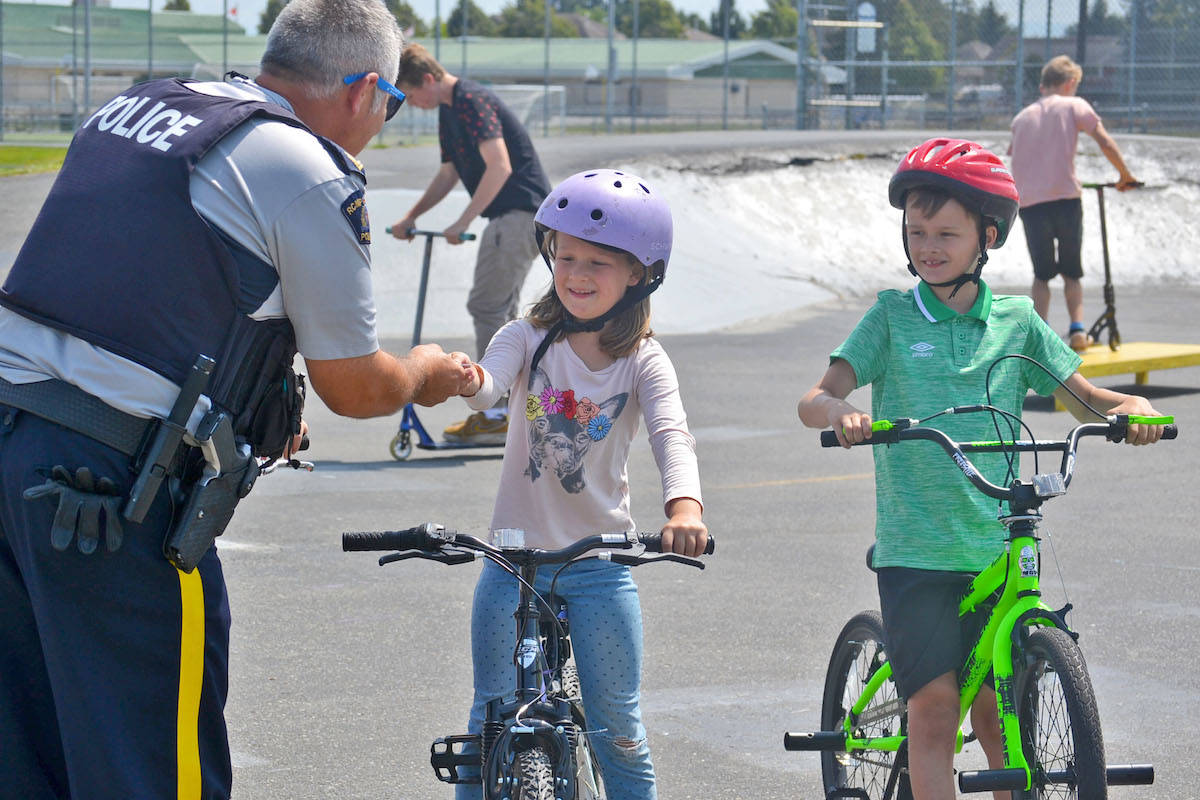 Sophie was the first to be approached by police and handed a free water park pass for good behaviour. (Sarah Grochowski photo) 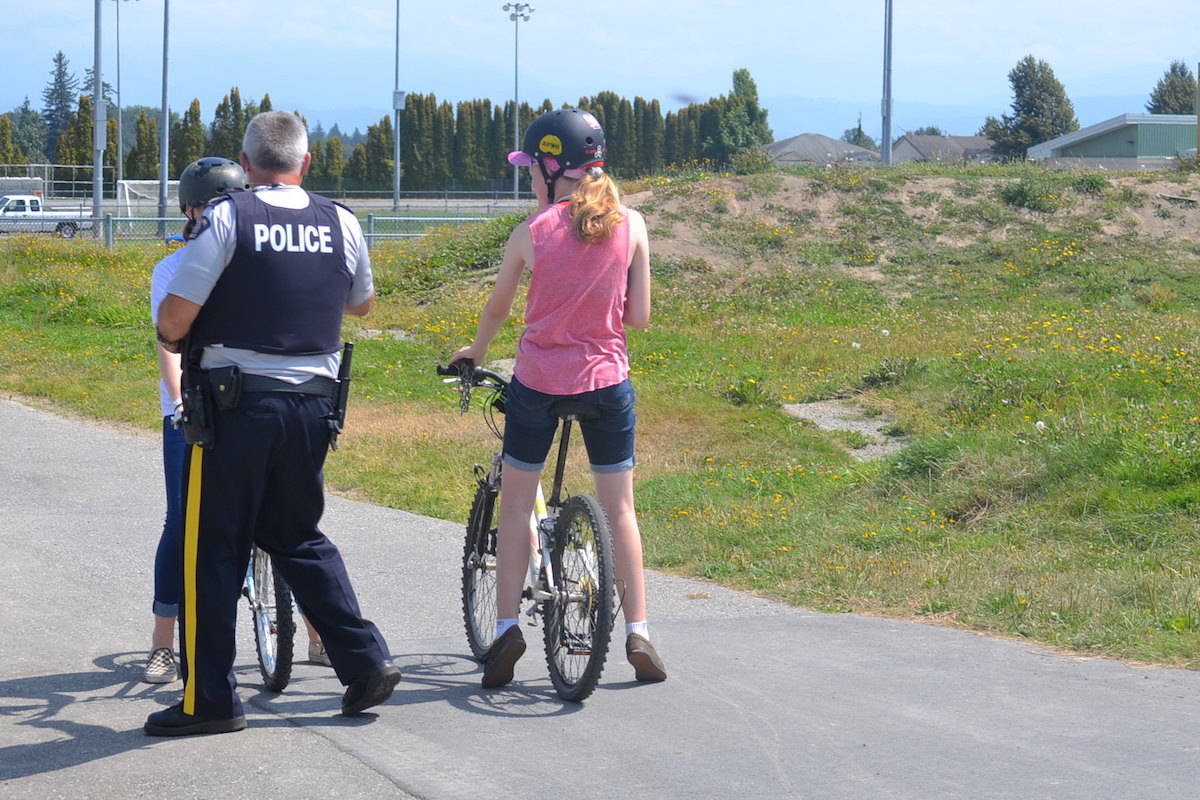 The tickets – actually just free water park and pool passes to the newly built Aldergrove Credit Union Community Centre (ACUCC), a highly-populated summer destination, have been handed out on the spot to those showing exemplary behaviour. (Sarah Grochowski photo)

Then and now; a reflection of the ‘ever-evolving’ Langley Good Times Cruise-In