A knitting and crocheting club, which was very active prior to COVID-19, is back in business.

But its ranks have been diminished.

Club member Nola Renney said the needlecraft enthusiasts are again meeting at the Aldergrove Library, where they met prior to the pandemic.

They meet every Thursday from 1 to 3 p.m.

They have been gathering again for the past several months, but thus far, there are just three people taking part.

Renney, a longtime Aldergrove resident, said there were many more people taking part prior to the 2020 lockdowns.

They worked on their own projects while benefiting from the expertise and tips of other members, but also worked to create eight-inch squares that were put together to make blankets.

These were given to the Realtors Care annual blanket drive, which usually is held in November. The local Aldergrove realty participating is RE/MAX Aldercenter Realty.

The blankets are distributed in Langley to the Salvation Army’s Gateway of Hope, Ishtar Women’s Resource Society, and Wagner Hills Farm Society.

“We used to donate as many as 30 blankets to the drive,” Renney said.

She attributes the low numbers of club participants to the length of time that has gone by.

The club was forced to stop gathering more than two years ago, and “we can’t get them (some participants) back, after that length of time,” Renney said.

RELATED: Aldergrove knitter among hundreds making her own version of ‘Bernie Mittens’

Prior to the pandemic shutdown, the needlecraft enthusiasts met year-round at the library, which has been very good in making space available for them.

In addition to asking more enthusiasts to consider taking part, Renney is also appealing for donations of wool, as making blankets requires a lot of wool.

Donations of wool can be dropped off at the library, and inquiries about the club can be made there as well.

The Aldergrove library is located in the community centre at 26770 29th Ave. 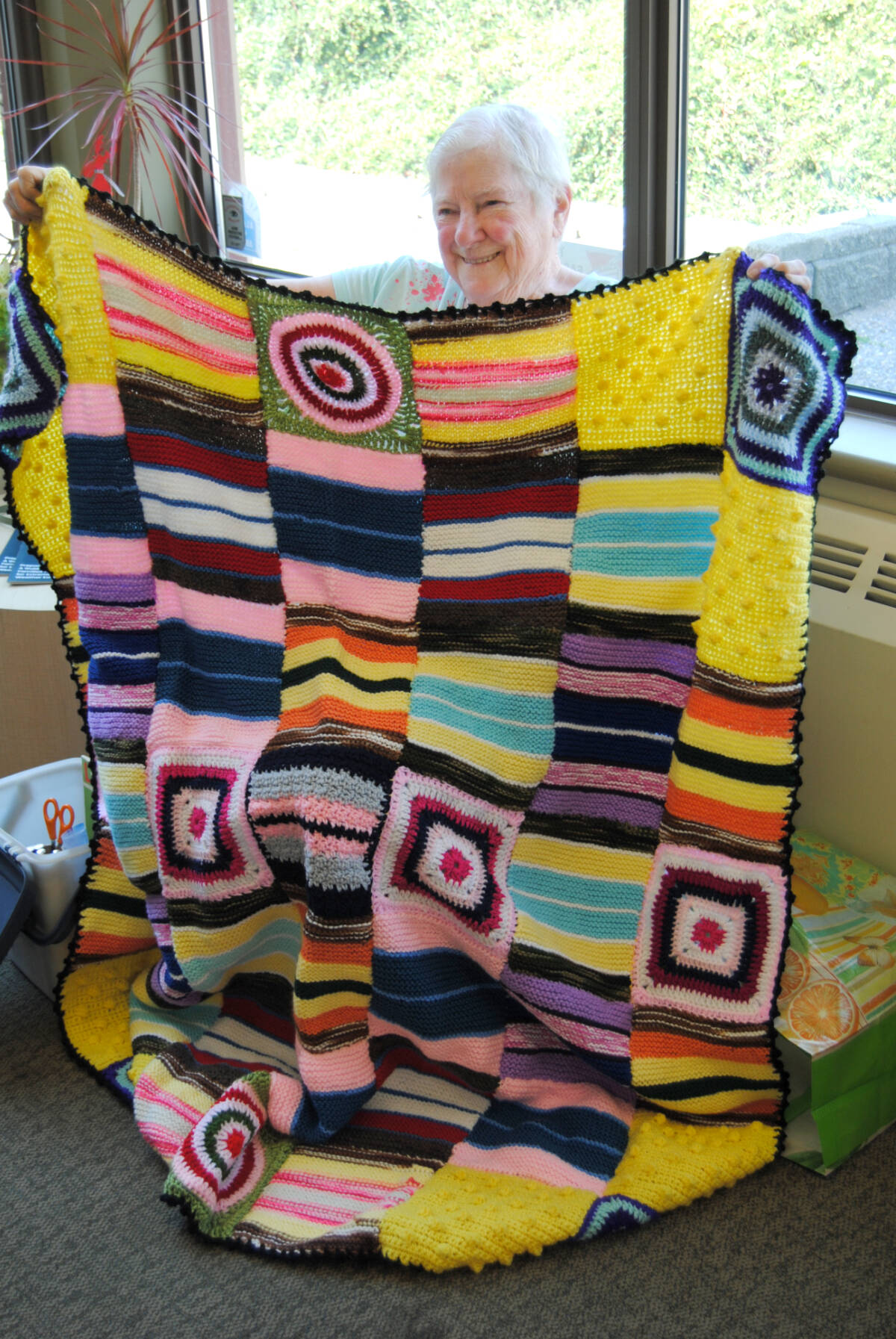 Nola Renney showed off a completed blanket made by members of an Aldergrove knitting and crocheting group. The blankets are donated each year to the annual realtors’ blanket drive, which in Aldergrove collects blankets at the RE/MAX Aldercenter Realty office. (Frank Bucholtz/Special to The Star)