“This year, groups went above and beyond in lighting up their floats, going with the theme,” Long added.

Groups on-foot, like canine sports club Dogwood Pacesetters, had its furry members masquerade down the street as reindeers and angels. The pups performed tricks for treats and garnered smiles from kids and adults alike.

The parade – which was scheduled for 6 p.m. – got off to a slow start as Township firefighters at the forefront of the procession got a fire call for active duty.

“It’s all a part of what they do,” chuckled Long.

The crowds were antsy to see the glowing procession.

“We had tons more come and to witness the procession this year,” Long added in comparison to the last, many took it upon themselves to don light-up toques and other festive garments.

Twelve-year-old Taylor Berget was one of them.

Berget – who also marched in the parade as part of the Aldergrove Legion Scouts crew, dressed in green tinsel, a Santa hat, and string lights.

Groups ranging from MP Tako van Popta to festive and furry canines greeted the crowds, many with sweet treats and small gifts – including stationary by Bertrand Creek Enhancement Society members.

Langley Community Services Society workers and their children even decorated themselves as human presents, handing out candy canes to eager children who lined the sidewalks.

Langley Thunder field lacrosse team did the same, only they used their sticks to pass out bulk candy.

After the parade, the Vineyard Church hosted a time of hot chocolate and cookies along with face-painting, entertainment and children’s crafts that were provided by Home Hardware, Langley Arts Council and the Aldergrove library.

Donations collected at the event raised $174 dollars and “a big box full” of perishable items for the Aldergrove Food Bank. 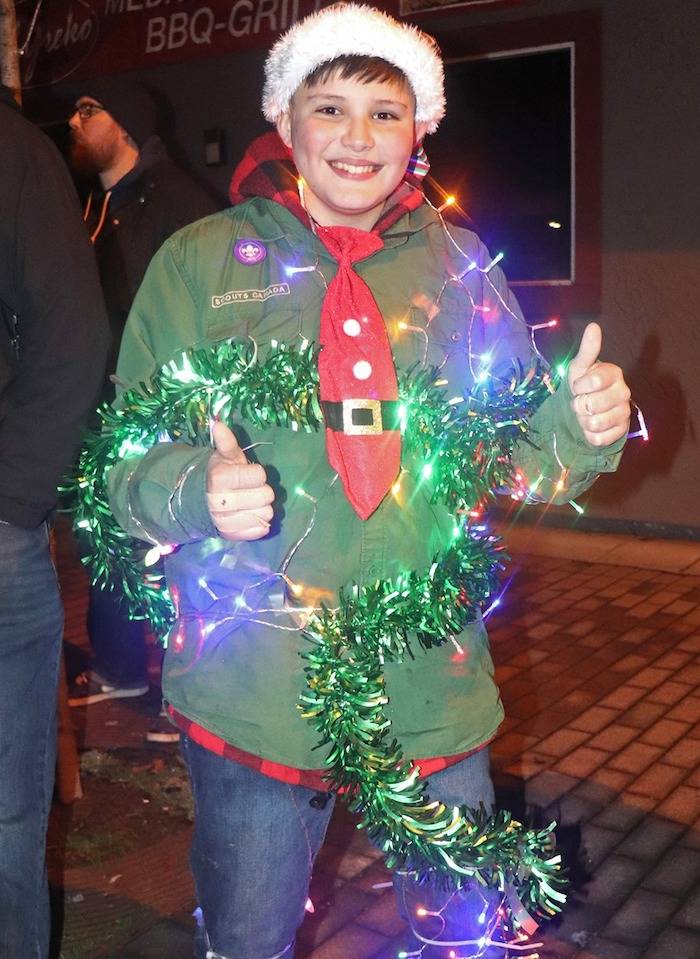 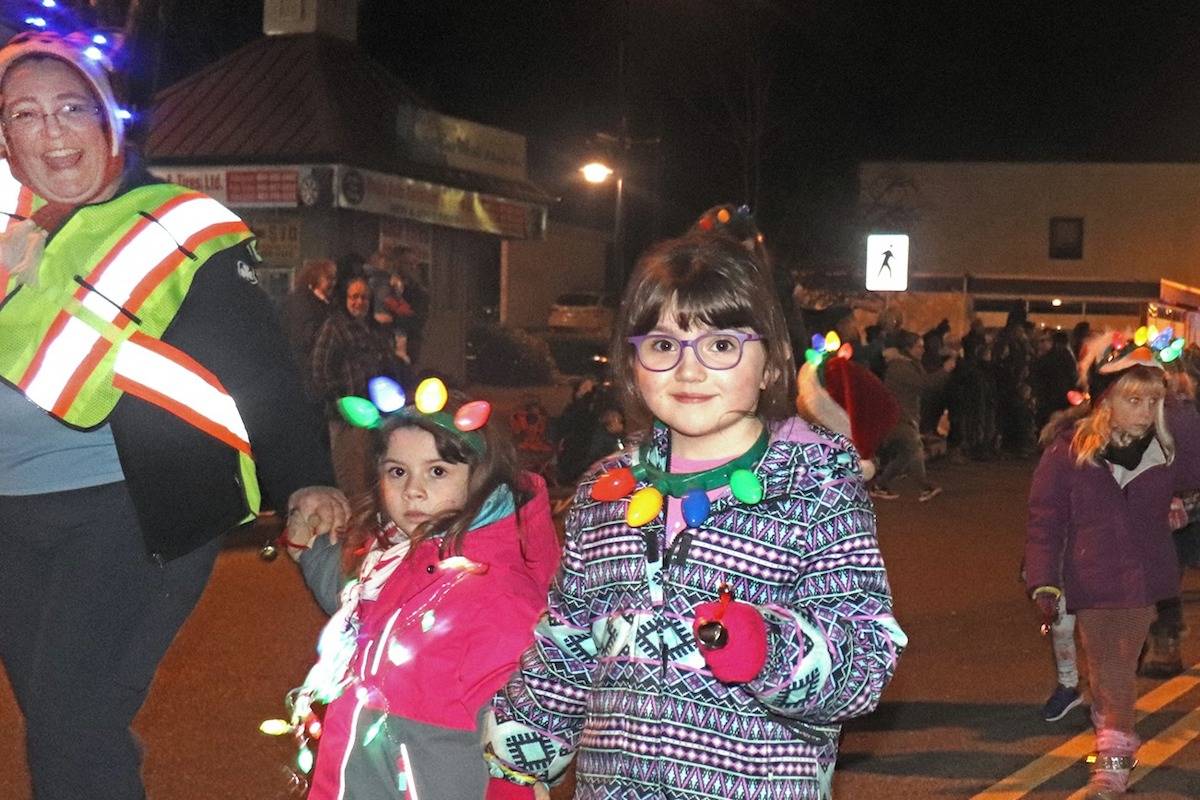 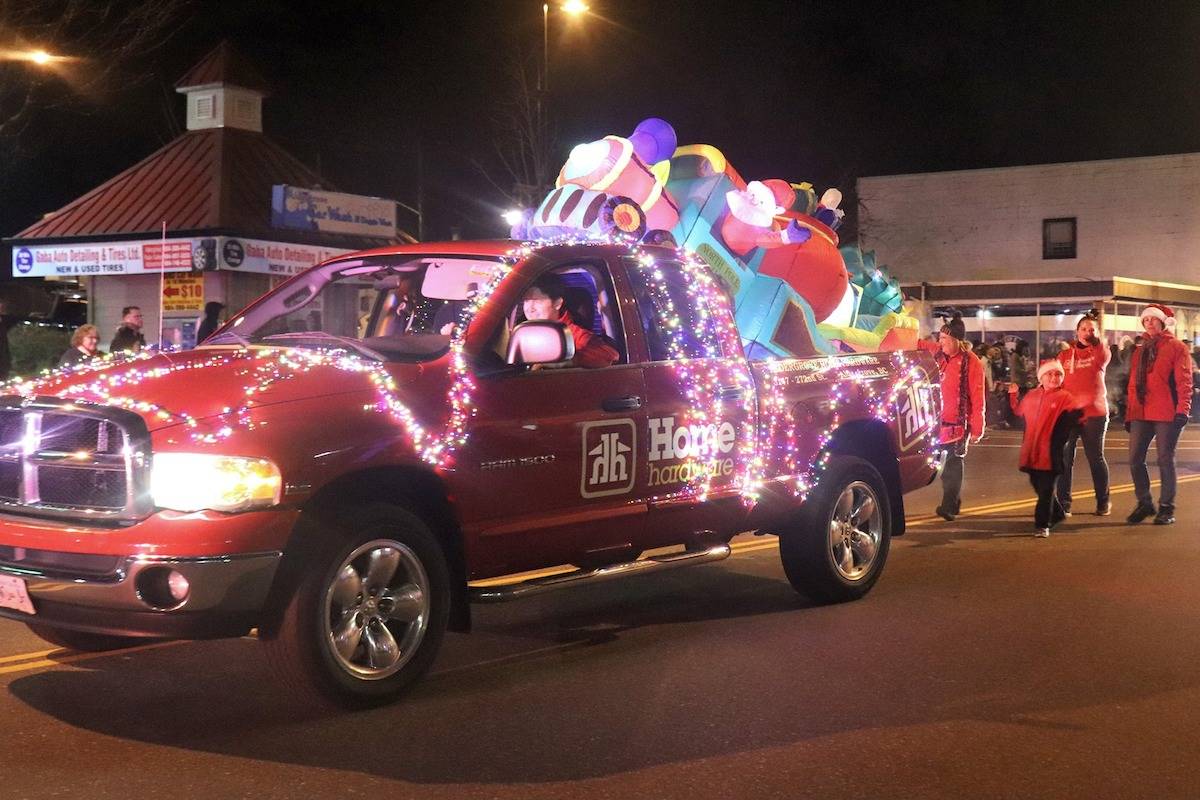