A corset helps when you wear a woolen dress with multiple layers of underclothes and the other accessories of a 1800s-era woman, Christa Hanson has discovered.

“I thought it was going to be a lot heavier.”

Hanson will dress up for the audience at “Fur Trade Fashions” for Brigade Days in Fort Langley.

On Sunday, Aug. 6 at 12:30 p.m. Hanson and Daniel Holmberg will reveal what lies beneath the formal fashion of the fur trade era.

Hanson said it will be “family friendly,” because the underclothes of the day preatty much cover everything.

“We’ll probably have more on than most of the audience,” she said.

People had fewer outfits back then, so the cover-up approach to underclothes had the practical benefit of reducing the amount of washing required.

When Hanson isn’t portraying a character from the early days of the fur trade in B.C., her hot-weather fashion choice usually involves shorts and a tank top, an outfit that would be considered “especially scandalous” in an era when the sight of a woman’s bare ankle was shocking, she said.

Back then, wearing less, even during the summer heat, was not an option.

For instance, both women and men were expected to wear hats, no matter what the temperature.

“It would be considered very rude to be out in public without your head covered,” Hanson said.

Holmberg has concluded that both genders had reason to use ”fainting couches” that were supposedly designed to prevent collapse in hot weather.

The demonstration will show how the number of layers increased as you climb up the social scale from the poor to people of higher social standing.

“All the way from working class to fine ladies.”

The presentation will be followed by a fashion catwalk show by other historical re-enactors at the fort.

“A lot of what people want to see (at the historic Fort) is the fashions,” Hanson said.

“We’re hoping to make it a regular thing.”

Each B.C. Day weekend the event re-creates the 1850s fur brigade that travelled down the river to Fort Langley every year.

Furs and other goods that had been traded to the Hudson’s Bay Company throughout the year from indigenous trading partners would be prepared for shipping to England.

After their visit, the fur traders would returned to their posts with trade goods and supplies for the coming year.

Admission to the fort at 23433 Mavis Ave. is free to commemorate Canada’s 150th birthday.

Visitors can see laundry done by hand with a washboard and ringer, enjoy folk songs and stories and mingle with re-enactors demonstrating the old-time arts of sewing, laundry, weapons, blacksmithing and cooking.

It ends with a bagpipe procession down to the Fraser River shore, to witness a re-enactment of the arrival of the fur brigades.

Paddlers of a dozen canoes and a replica York boat will travel from Hope to Fort Langley where they traditionally unloaded their cargo of furs and barrels.

Following their arrival, a plaque will be unveiled recognizing fur trader and explorer Simon Fraser as a person of national historic significance.

1 p.m. Arrival of the Fur Brigades 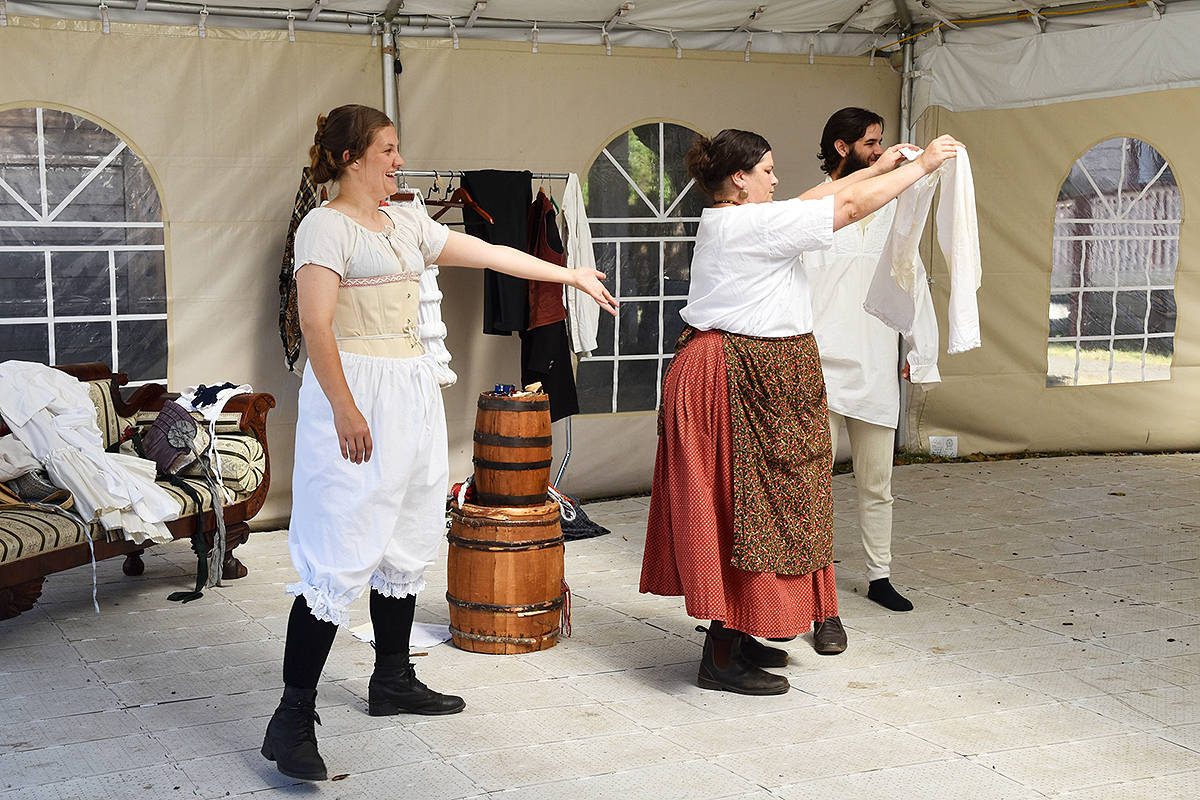