The Himalayan Blackberry plant had wrapped itself around a tree in Langley’s James Anderson Park, slowly strangling the native species.

“Free the tree, bro,” one student said as a group of enthusiastic 12- to 13-year-olds attacked the unwanted berry bush with work gloves, shovels and hedge clippers.

About 100 Langley students, half in the morning and half in the afternoon, took part in the all-day assault on invasive species in the municipal park in the 20300 block of Anderson Road Wednesday.

The event, sponsored by the Green Teams of Canada charity and the Township of Langley, saw the volunteers tearing out invasive species, mostly blackberries , and replacing them with native varieties like huckleberries and sword ferns.

“We basically focus on getting people out in the environment,” said Ranah Chavoshi, event co-ordinator and facilitator with Green Teams of Canada, who described the unwanted Himayalan Blackberry as “a very, very vibrant invasive species.”

More formally known as Rubus armeniacus, the Himalayan Blackberry should not to be confused with the two blackberry species which are native to Canada, the trailing blackberry and the salmon berry.

The Himalayan blackberry is a stubborn, fast-growing Eurasian biennial plant that was introduced to Canada in the mid 1880s. It was valued for its fruit, larger and sweeter than other varieties, but it soon escaped into the wild, where it quickly got out of control, with birds and other animals eating the fruit and then spreading the seeds.

The species was introduced to Europe in 1835 and to Australia and North America in 1885.

A single berry can contain up to 80 seeds that can be spread by mammals, birds, and water. Stem fragmentation and seedlings are also means of rejuvenation.

And the thorns are sharp.

It takes repeated, persistent efforts like the Green Team-led campaign in the Langley park to get them under control.

The Green Team charity began in in 2011 by Lyda Salatian to organize volunteers to remove invasive plants, plant native plants and trees and pick up litter.

Since then the Lower Mainland Green Team has grown to almost 3,000 volunteers.

In October 2013 it became a federally registered charity.

The Greater Victoria Green Team was created in 2014 and has been a huge success with already 1,300 volunteer base and two awards. 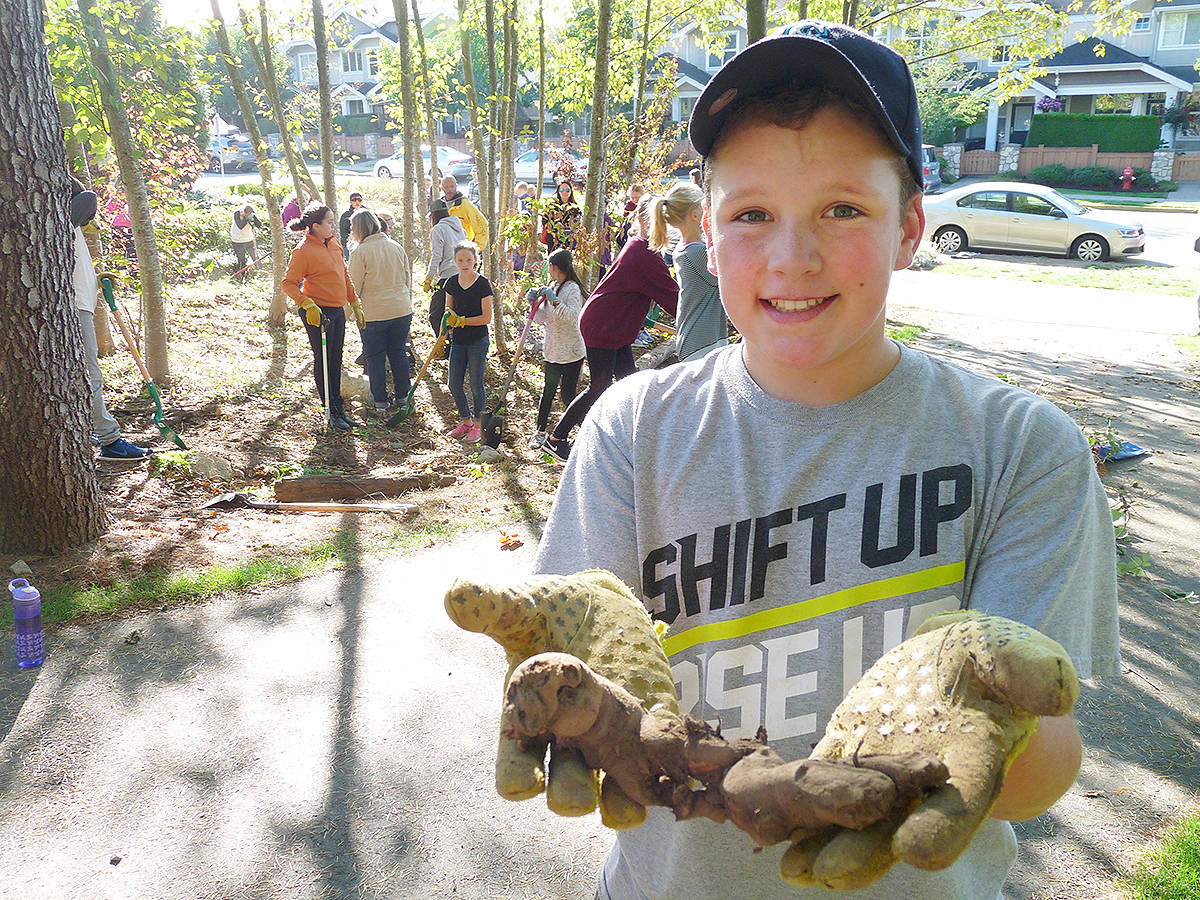 Brackton Keller, a 12-year-old Langley Christian school student , displays a Himalayan Blackberry crown that he extracted from James Anderson Park in Langley on Wednesday, part of an all-day effort by the Green Teams of Canada charity to remove invasive plant species and replace them with native varieties. Dan Ferguson Langley Times

Meet some giants in their fields 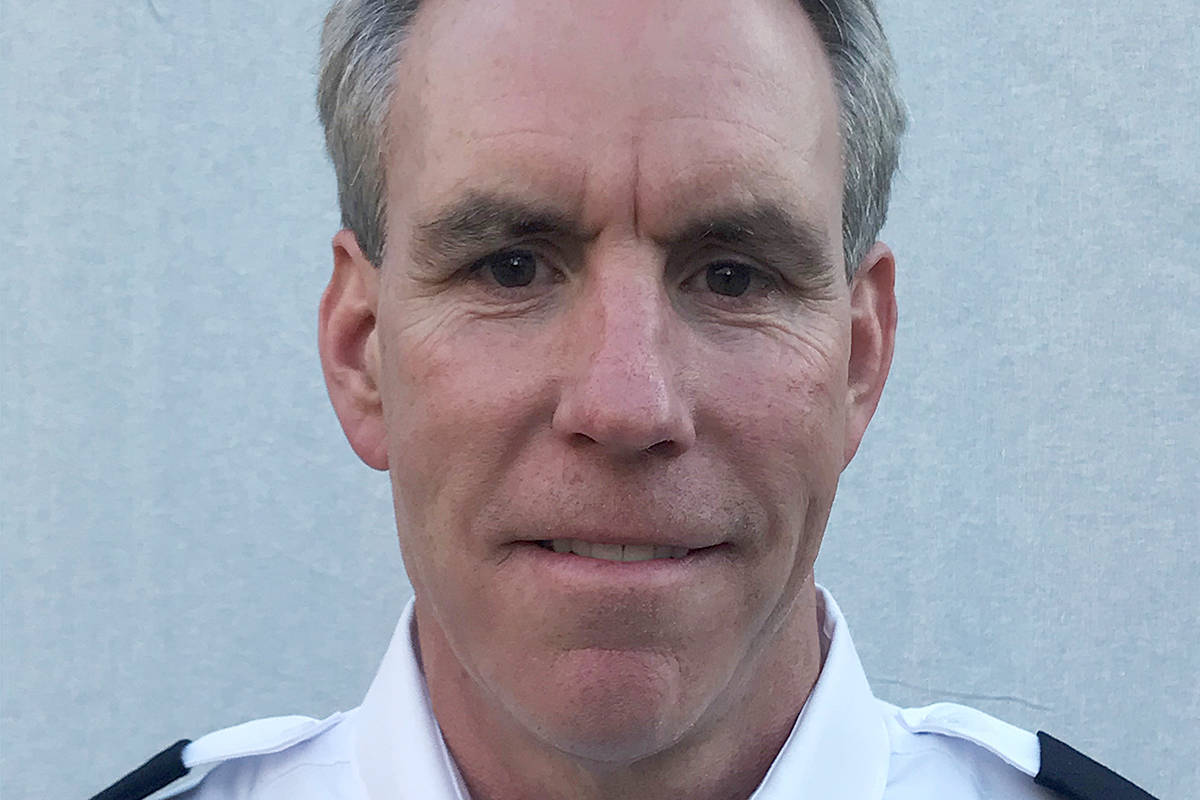 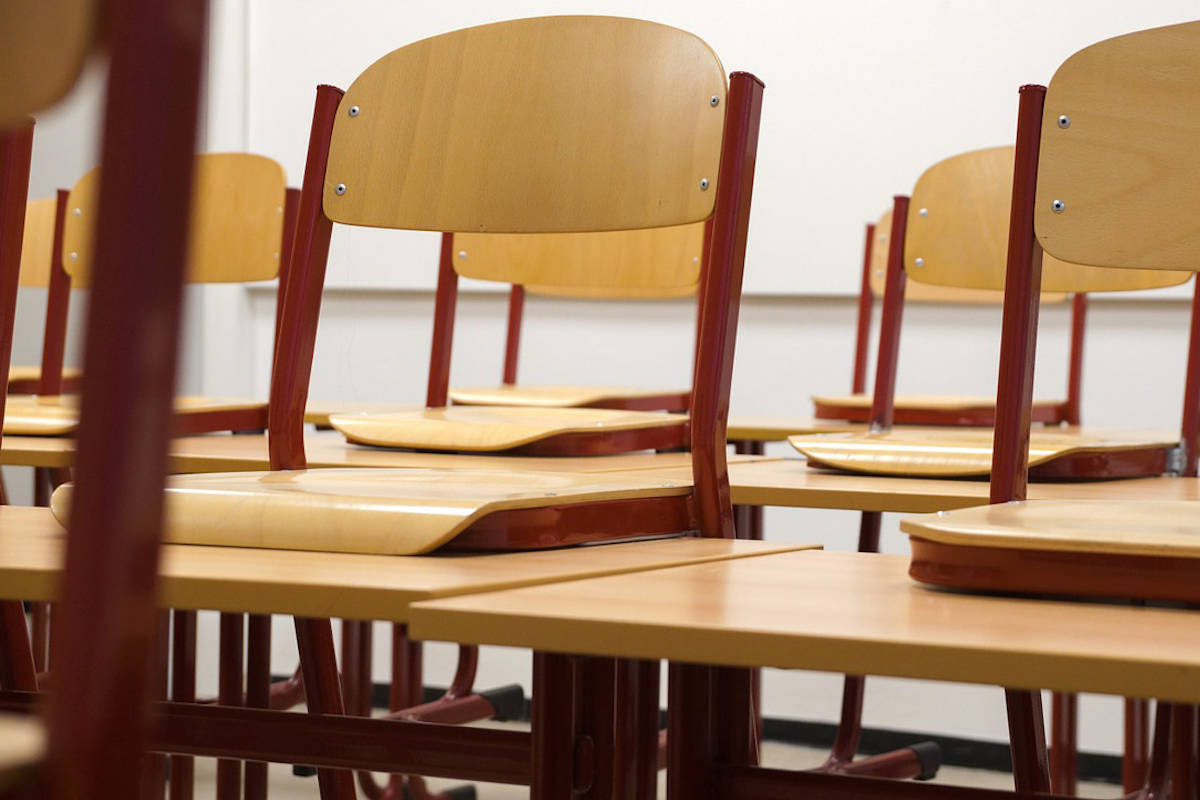