Started in 1977 as a publicity stunt to advertise the Cloverdale Rodeo and Country Fair, the annual bed races in downtown Cloverdale have a strong tradition of being loud, colourful and wacky.

Originally it was an event that pitted the local RCMP against the fire department. Teams of cops and firemen would hurdle down 176A Street, pushing a person in a bed frame.

Today, not-for-profit organizations, businesses, schools, and groups of friends all compete, and the event has expanded into a series of community events that are too fun to miss.

The 2018 event will take place on Thursday, May 17, from 5:45 to 7:30 p.m., kicking off with a demonstration by world-renowned skateboarders, who are in town for the World Freestyle Round-Up Skateboarding Championships at the Cloverdale Fairgrounds during rodeo weekend.

After the showcase, kids will wheel down the street in the annual Western-themed bike parade. Any vehicle is welcome, whether it be bike, unicycle or wagon. All entrants will cruise around in front of the crowd, showing off their creations, before peddling to the main stage to see if they’re the lucky winner of one of the parade’s randomly drawn prizes.

The street will then clear for the main event: an elimination-style bed race, where competitors run in heats until a winner is declared. There are prizes for the best men’s, women’s and mixed teams, as well as the best high school girls and boys teams.

The Bed Pan trophy, awarded to the winners of the men’s race, and the Chamber Pot, awarded to the women’s division, are on the line. And, in true traditional style, there will also be a prize for the best dressed team — costumes are encouraged.

Organizer Rick Hugh has some advice for first timers. First off, dress up in costume.

“Not only does it add to the fun and team spirit, there is a prize for being the best dressed team,” he said.

Hugh also warned competitors to “watch out for the winningest team in the history of the races”: Turkey’s Party Makers.

“Turkey’s Party Makers Team has been practicing weekly in the lane behind their store,” said Hugh, “and we hear that Turkey himself has been going to Hot Yoga classes to get limbered up before the May 17th races.”

The bed races are hunting for more high school teams to enter the races this year. “High school entries are most often made up of athletes from school teams, but can really be any group of students from a particular high school,” said Hugh.

“Lord Tweedsmuir has dominated this category for years, so it would be great to see another school give them a run for their money,” he added.

Bed frames must be presented at 5:30 p.m. for inspection, and teams can also borrow a frame from the bed race committee, provided on the day of the race. Registration for the bed race is open until Friday, May 11. For more information, visit cloverdalebia.com to check out an application form. 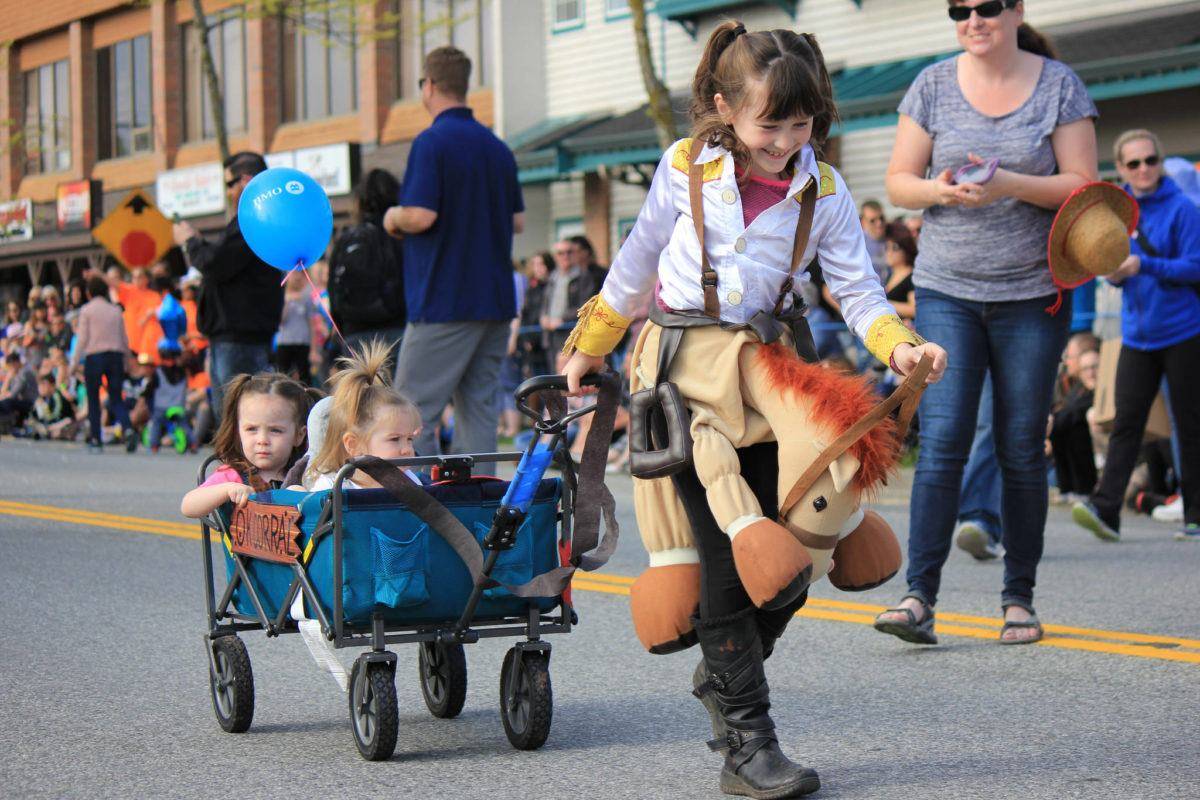 The bed races are preceded by a skateboarding demonstration and the bike parade, which includes any vehicle on wheels, including wagons. (Samantha Anderson)