The Enola Gay B-29 bomber opened its cargo bay doors on Aug. 6, 1945, and at 8:15 a.m., the atomic bomb dubbed ‘Little Boy’ was dropped on Hiroshima, Japan causing the near-complete destruction of the city.

To mark this 75th anniversary of the devastating atomic bomb, people round the world took part in Bells for Peace.

A local ceremony was organized by Brendan Martin and Marilyn Konstapel, with Langley Climate Not War, World Beyond War, at St. Joseph’s Catholic Parish in Langley City with participants ringing bells.

“Despite pouring rain this morning, about 20 people turned up to an event to commemorate the 75th anniversary of the Hiroshima bombing,” explained co-organizer Marilyn Konstapel.

“We also had in attendance a veteran who had served as a UN Peacekeeper,” she added.

All in attendance rang their bells 75 times.

The devastation of the two atomic bombs prompted Japan to surrender, ending the Second World War in the Pacific theatre.

For those unable to attend today’s event, there will be another ceremony on Aug. 9, at 11:50 a.m., at St. Dunstan’s Anglican Church, 3025 264th St., commemorating the bombing of Nagasaki.

For the Aldergrove event participants need not bring their own bells. Two parishioners of St. Dunstan’s will be ringing the church bells, Konstapel said.

“We hope that people will participate not only to honour the victims of the 1945 nuclear blasts, but to signal a desire that all nations abolish this continued threat to the safety of the world’s peoples,” said co-organizer Brendan Martin. “There are no conditions under which nuclear war would be justified.”

Hiroshima survivor Setsuko Thurlow has started a petition to Prime Minister Justin Trudeau, urging him to:

– express regret for the deaths and suffering they caused, and 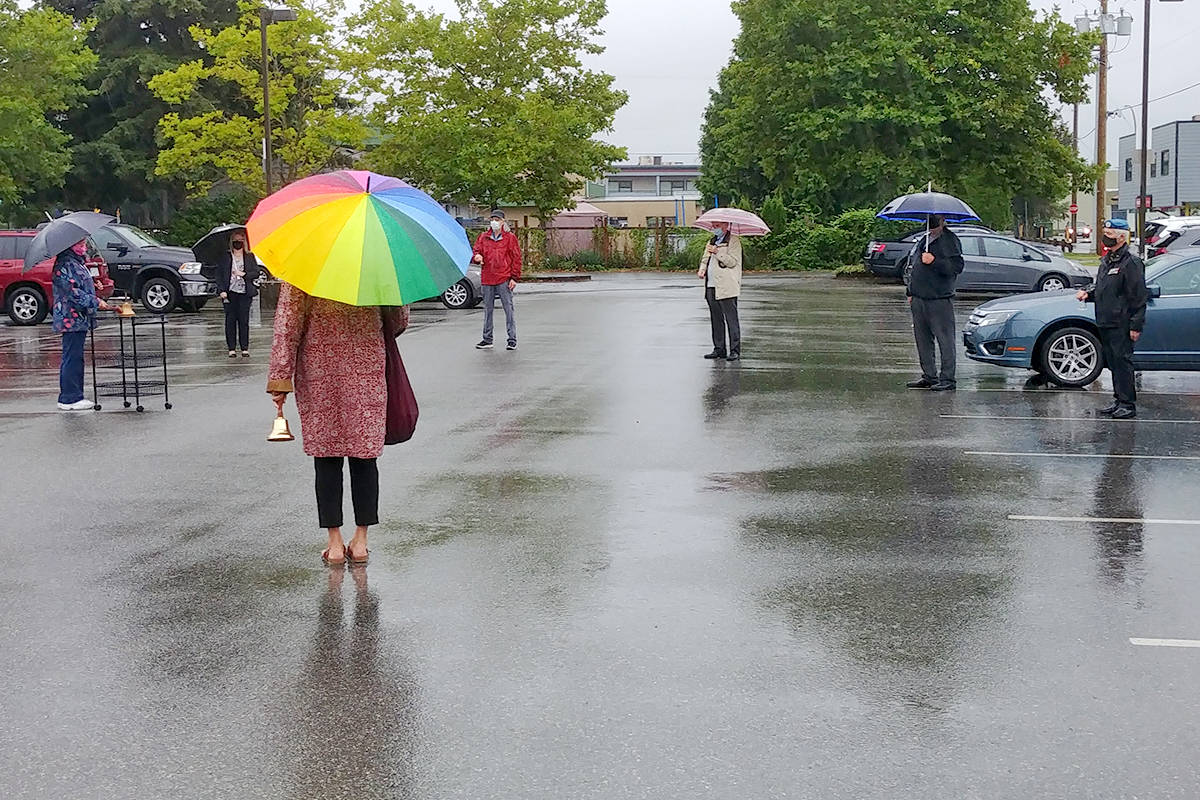 Bells for Peace was a ceremony to commemmorate the 75th anniversary of the bombing of Hiroshima, organized by anti-nuclear war advocates. (Marilyn Konstapel/Special to the Langley Advance Times)

The biggest job losses, in absolute terms, have been in Metro Vancouver