This year’s edition of the annual “Mopar Madness” car show at the Langley George Preston rec centre parking lot was the biggest yet, drawing 218 examples of Chrysler, Dodge and Plymouth products to July 14 event, as well as thousands of spectators.

That was up about 25 vehicles from the previous year, explained Mopars Unlimited Car Club executive member Rachelle Myles, a resident of south Murrayville.

“I guess word is getting out, and more people from the island came,” Myles observed.

“One of the clubs there folded.”

It was the 28th year of the event, and its ninth year at George Preston.

The show included classic muscle cars like the Dodge Road Runner, with a distinctive extra-tall rear spoiler that, the owner could be heard explaining, has nothing to do with aerodynamics.

“It had to be that high, to open the trunk,” he related.

There were also a few non-Mopar examples on view, including an American Motors Corporation (AMC) AMX two-seater muscle car that was built before Chrysler bought AMC.

For years, the event has raised funds for the annual Kruise For Kids (K4K) put on by the Lower Mainland Christmas Bureau, where car clubs get together for a ride from Surrey to Langley to deliver toy and cash donations.

Last year, the cub contributed $500 in cash as well as toys.

Club members own a wide selection of Chrysler vehicles ranging from the 50’s to the rarest of Mopar muscle.

Myles and her husband Ray own several.

“We just love the Mopars, the colours and everything,” she said.

Mopar comes from the name for the parts, service and customer care organization within Fiat Chrysler Automobiles, a mix of “motor” and “parts.”

​Mopars Unlimited participates in dozens of car shows all over the northwest.

Meeting once a month in Langley, the club’s next get-together is set for Wednesday, 7 p.m. at the Ricky’s restaurant at 8720 – 204 Street.

More information can be found online at http://www.moparsunlimited.net.

Additional photos from Mopar Madness can be seen online. 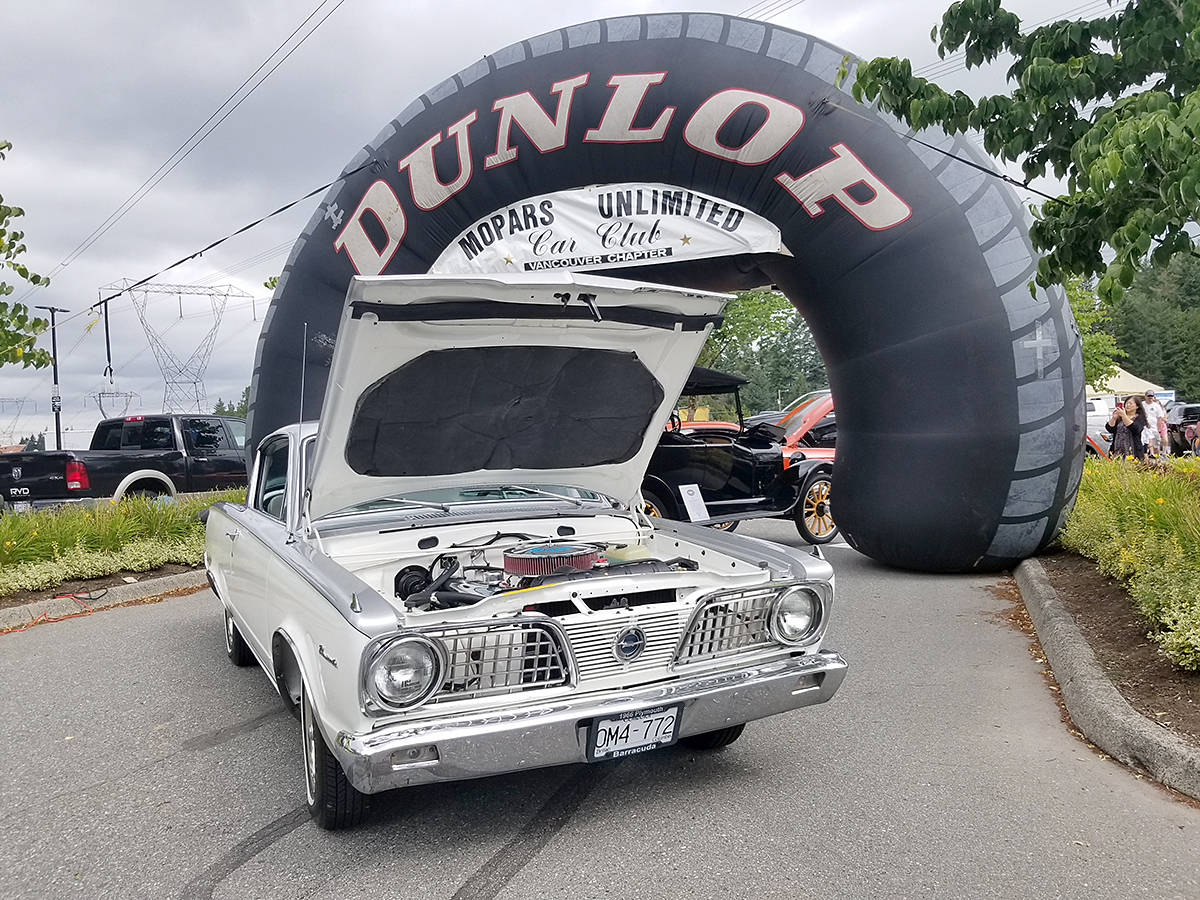 It was the biggest Mopar Madness yet. (Dan Ferguson/Langley Advance Times) 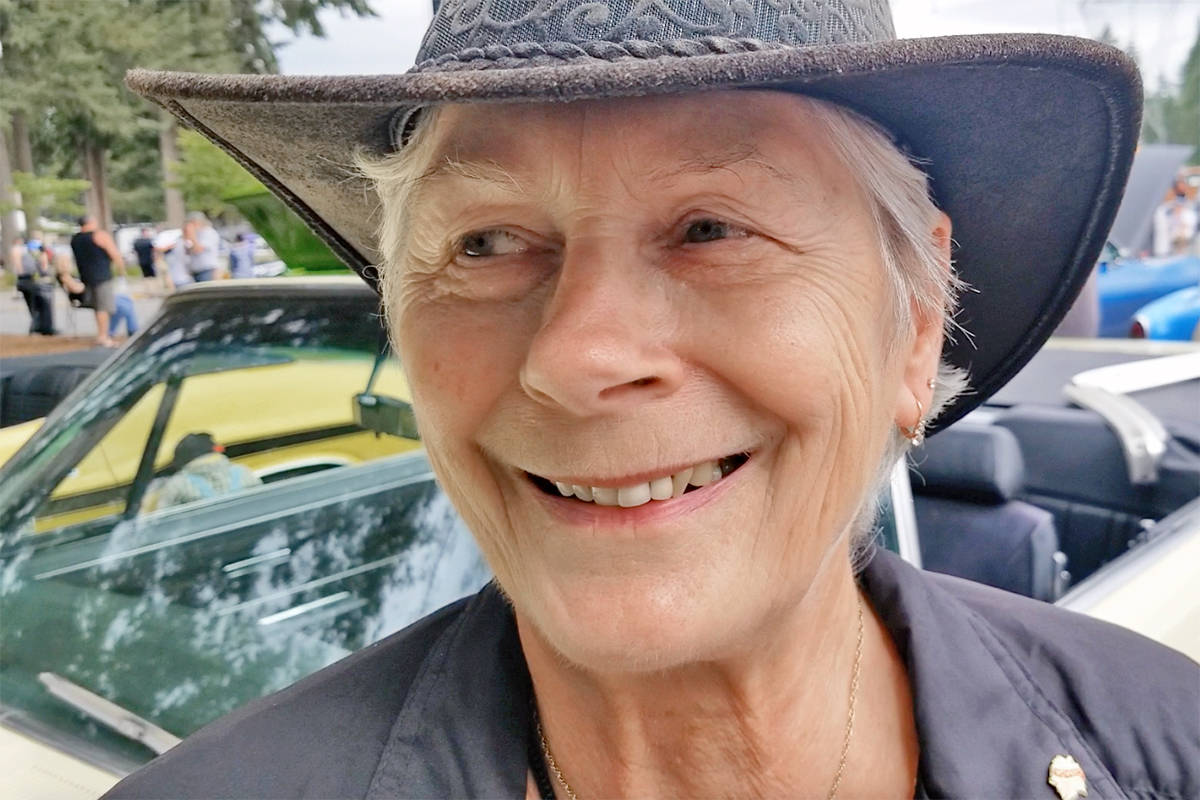 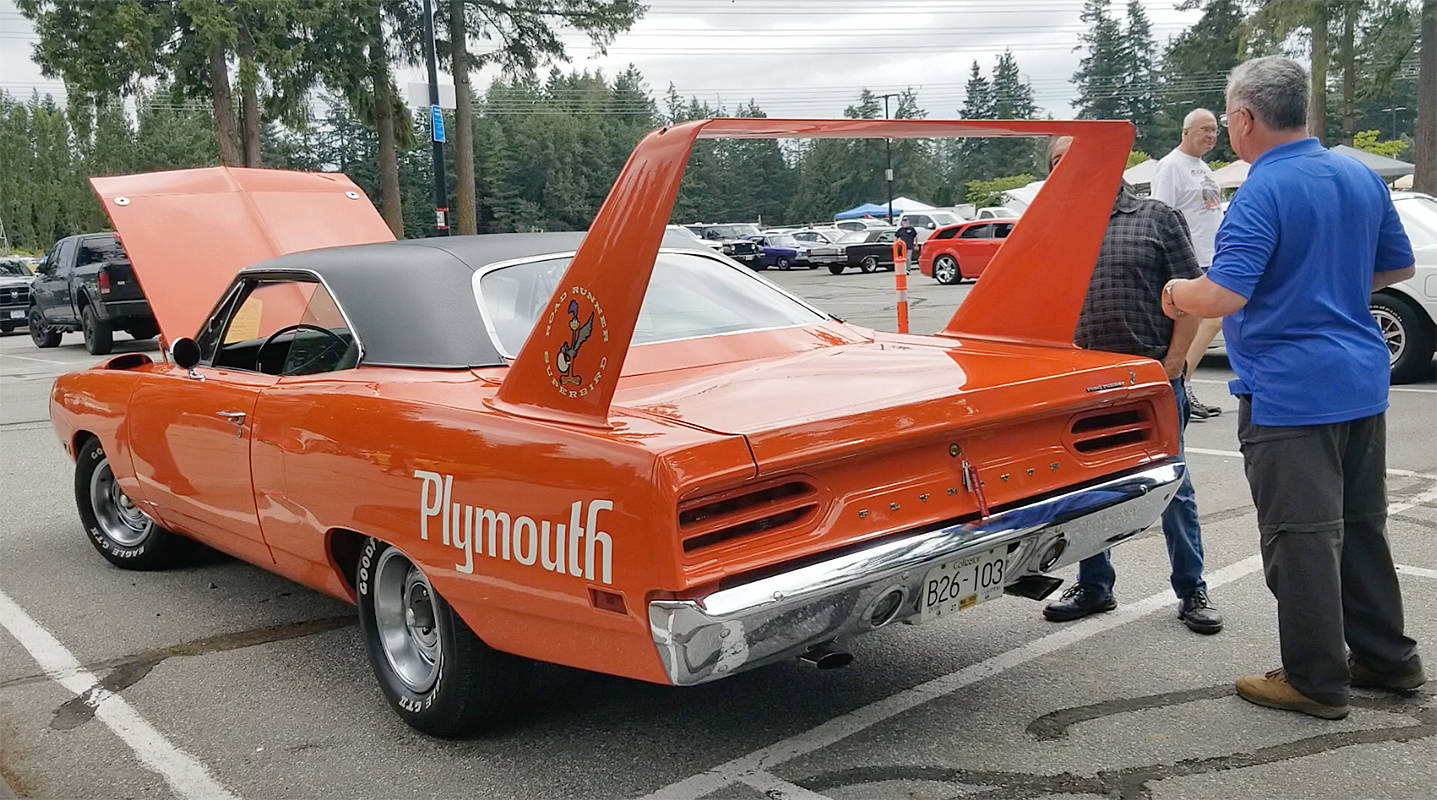 Among the examples of Chrysler design on display, a Road Runner with the distinctive extra-tall rear spoiler. (Dan Ferguson/Langley Advance Times)

A chance to dance with a legend