When word got out recently that a rarely-seen Brown Pelican had been spotted at the Tsawwassen ferry terminal, Langley’s John Gordon hopped in his car and headed for Delta.

“The bird was seen at 5 [in the afternoon] on a dusty, smoggy afternoon,” Gordon recalled.

He estimated about a dozen birdwatchers from various Lower Mainland communities made the trip, all intent on adding the species to their personal tally for the year.

So far this season, Gordon, a retired newspaper photographer, has recorded 244 different types of birds in the Lower Mainland (which is defined as 264th Street west to the water), tying his total for the previous year.

Now, with less than three months to go, he is hoping to improve that to 250 – a tall order because the remaining species are just not that common.

He has company in his quest.

“About a dozen of us [locally] are chasing this magical number of 250,” Gordon related.

Gordon, 67, had been what he calls a “casual” birdwatcher until his retirement, after which he began to devote more time to what he refers to as a “pastime.”

Okay, maybe a little more than just that.

“It’s a passion, which is all-involving,” Gordon commented.

He now has a not-for-profit blog, “listening to birds,” that is devoted to birdwatching, and features his many photos, at https://thecanadianwarbler.blogspot.com.

He likes the way birdwatching can lead participants into interesting tangents, specializing in particular areas.

“I’m interested in what birds are eating, the name of the tree they’re in, their habitat, and migration,” Gordon summarized.

He enjoys the amazed look in the face of novice birdwatchers when he has taken them to see mass migrations, like a recent arrival in Delta.

It is about as ideal an avocation as one could hope for in a time of social distancing brought on by the pandemic, he maintains – especially for seniors.

Gordon recently took a group to Derby Reach Regional Park near Fort Langley, and found maintaining a safe distance was not a problem – though showing the images he shot using the back display screen of his digital camera proved somewhat challenging.

For fellow seniors, he recommends birdwatching as a way to get around the isolation that COVID has imposed on older, more vulnerable people, and experience social interactions with like-minded souls.

“All you need is a pair of good binoculars and a field guide.”

While there is a bit of good-natured competition between birdwatchers wanting to spot rare species, vying for numbers is not the point, he stressed.

“The thing about it is the camaraderie,” Gordon related. “Just go with the journey.”

For instance, one of his goals post-retirement was to visit every park in Metro Vancouver, and birdwatching helped him achieve that goal.

“This gets you out to places you wouldn’t normally go.”

READ ALSO: Rare bird spotted in Victoria draws enthusiasts from across the continent

One high-tech aid Gordon recommends obtaining is the free E Bird app, which links amateur birdwatchers to an online database of bird observations, operated by Cornell University – which provides scientists, researchers, and amateur naturalists with real-time data about bird distribution and abundance.

It has provided him with the experience of being a “citizen scientist” working with the university, and during a trip to Mexico, using the app, Gordon was easily able to tally more than 200 bird sightings.

Gordon says the best way to get introduced to birdwatching is to join a local naturalist club, with such groups available in Langley, Surrey, Abbotsford and Vancouver.

In Langley and Aldergrove, that would be the Langley Field Naturalists (LFN), who can be contacted online or emailed at langleyfieldnaturalists@gmail.com.

Bob Puls of the LFN has devoted considerable hours to birdwatching, but it isn’t his primary interest.

“We take an interest in all forms of nature.”

Puls enjoys birdwatching, but he is careful to stress that he is not as passionately committed to the extent that John Gordon is.

“We taught John everything he knows, and now he’s teaching us,” Puls laughed.

Participating in a non-profit organization that aims to promote enjoyment, understanding, and conservation of the natural environment, the Puls said it offers a way for newcomers to find out what “clicks” and what doesn’t.

For example, now that the fall rains have begun, Puls will be looking for mushrooms.

“You can look at all sorts of fungi.”

By becoming a member of LFN, one also become a member of BC Nature, the provincial body, Puls said.

LFN members also takes part in the annual bird count and are currently involved in doing a bio-inventory of a parcel of Township land that is not open to the public.

As for the Brown Pelican that Gordon was pursuing, despite the less-than ideal conditions, he was able to spot it and even got a photo. 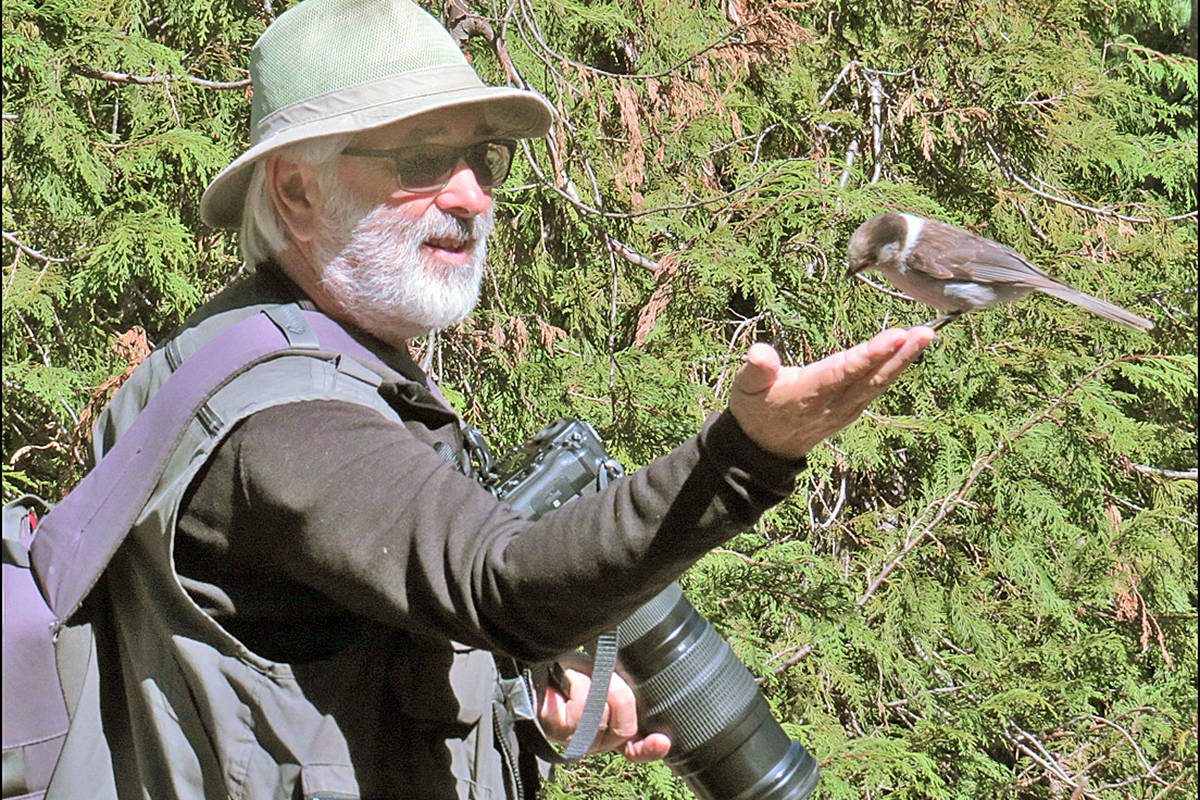 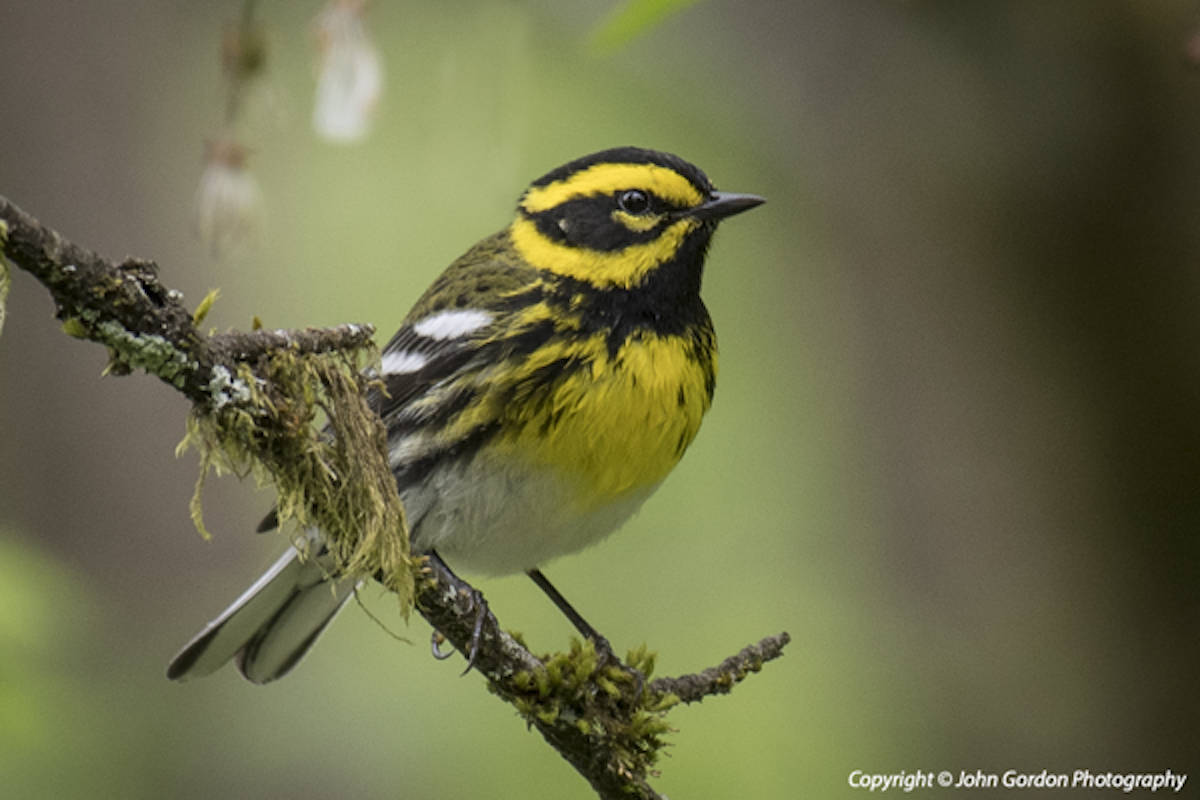