Almost as many guests as years of Pawluk’s life filled Cloverdale’s Royal Canadian Legion for a surprise party on Saturday (Oct. 8).

Guests including five generations of Pawluks, with one guest young enough for the birthday girl to hold in her arms.

The party was organized by her son Terry, his wife Geraldine, and with the help of their children – all who travelled from 100 Mile House to be there to celebrate the special occasion.

Pawluk’s daughter Julie Donahue, and her husband, said they came from Michigan to celebrate a long life, well-lived among friends.

Pawluk was born in Surrey to Elton Light and Minnie Gifford Hobbs, who met in England in 1918 – while Light was recuperating from a wound he suffered at Vimy Ridge during the First World War.

She was the oldest of two sisters and one brother “who didn’t have much, but were happy,” growing up on an orchard in Penticton, Eileen’s granddaughter Vicki Niiranen relayed.

Pawluk met her late husband, Alec, at a near-by orchard. The two were married in 1940, and relocated to Surrey to raise Terry and Julie.

Alec fought in the Canadian military in the Second World War, stationed in Italy.

After he returned to Surrey, and eventually retired, the Pawluks found time for all the things they relished most: camping and enjoying their lively grandchildren.

The couple retired and relocated to Aldergrove in 1983. Alec passed away in 1997.

Eileen, herself, served as the president of her children’s parent-teacher associations and as an executive of many bowling leagues.

“She still plays crib to this day,” Niiranen said, noting there’s a long list of puzzles, knitting projects, and bridge games she has won over the years.

Pawluk is best known for her belief in good, clean living that included long walks she took her whole life – up until 2016.

In 2000, she moved to Langley because it was somewhere she could “walk everywhere.”

And in 2017, she moved into Jackman Manor, a residential care home for seniors in Aldergrove. 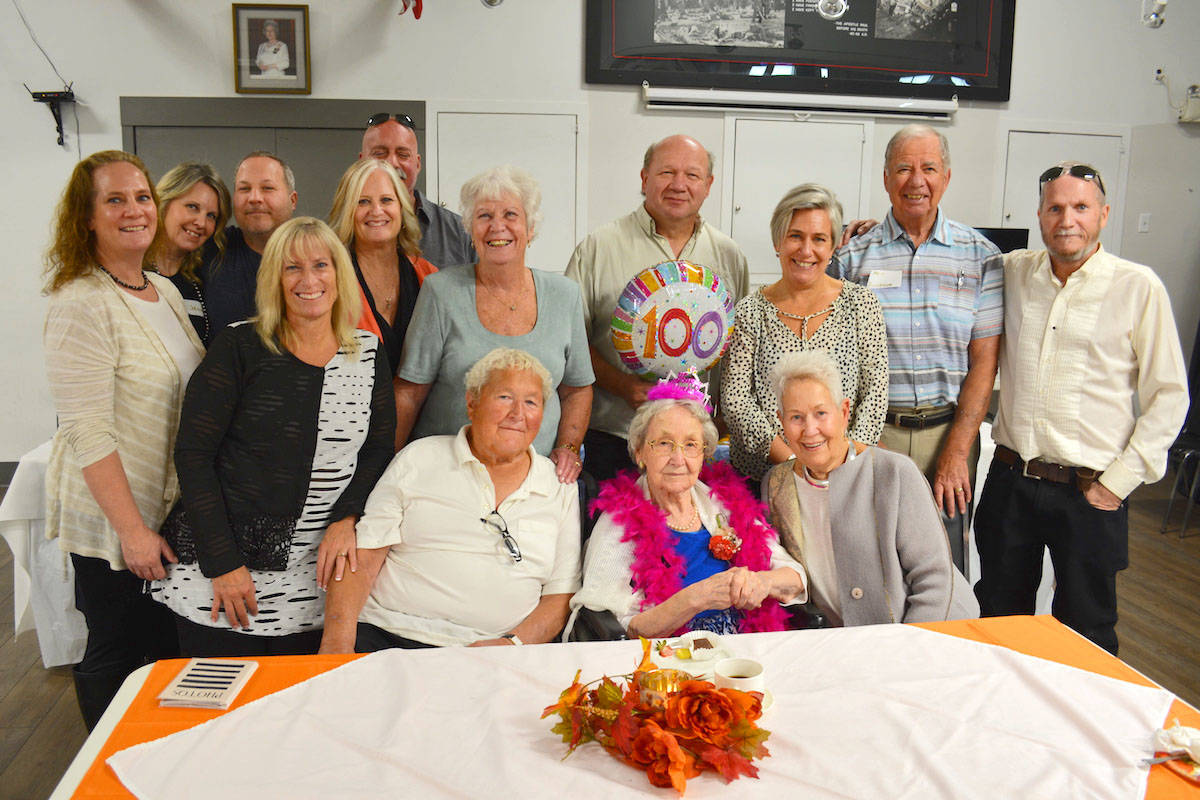 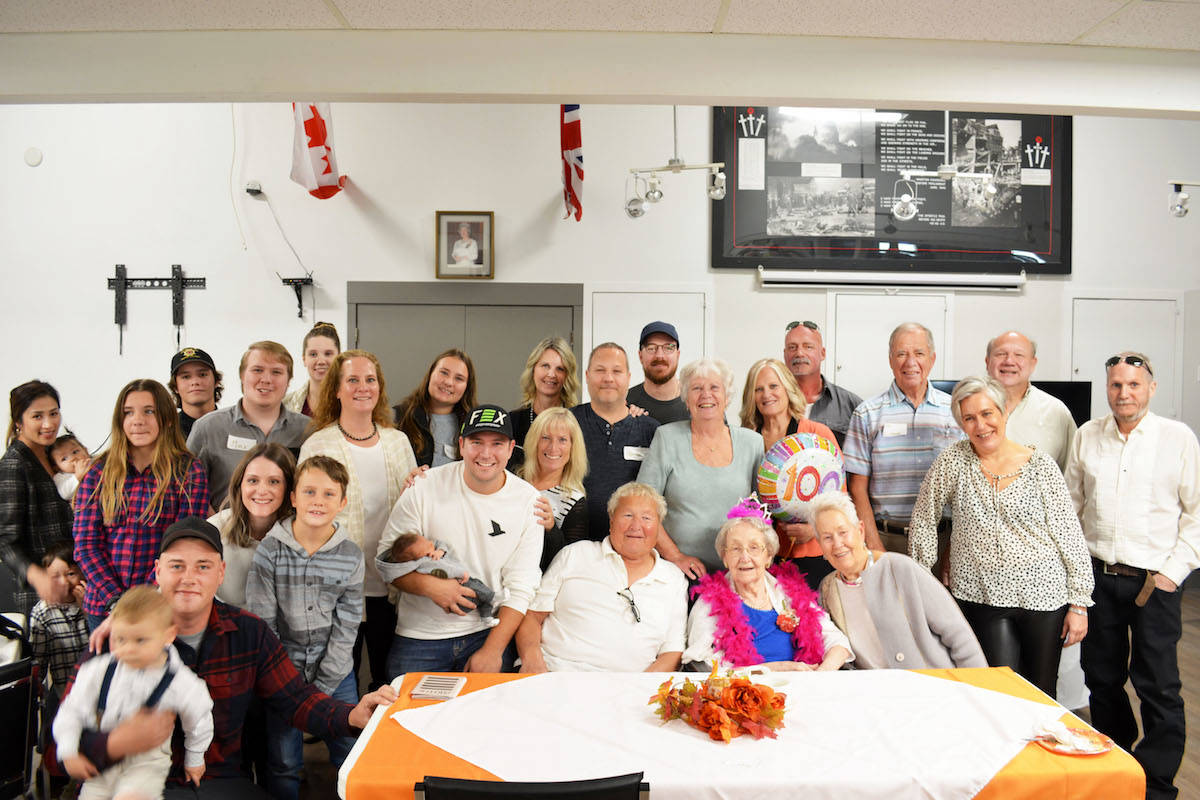