When Shannon Kao saw poor people living on the street a few years ago, “It was really just eye-opening.”

Apparently, it was also heart-opening for the young Langley girl, now in the 11th grade at R.E. Mountain Secondary School.

She has decided that she has to do something to help those who are lacking the life advantages that she enjoys, and she’s starting from the bottom – literally.

She wants to give them shoes, and her own sports background gave her the inspioration for how to accomplish that goal: the idea for Buckets4Boots – a youth three-on-three basketball tournament for charity – was born.

“My purpose is to support impoverished individuals and families in our community,” Kao said.

“By providing proper footwear for their living conditions,” Kao said, “it’s my hope that I can help out at least a little bit in the community.”

“I’ve found that teens and children nowadays purchase elaborately designed and costly athletic gear, and specifically shoes, without a second thought,” she said, “while there are people on the streets with nothing that even resembles a sock.

“When I saw the people in our community who couldn’t even afford shoes to protect their feet, it really allowed me to reflect on the luxuries I’ve gotten used to. I felt sheltered, as I didn’t even think to consider that people could be living in conditions that far off from my everyday.”

Having played basketball for five years of her young life, Kao admitted, “I’ve lived with the comforts of flashy athletic gear campaigns and players that boast their shoes before their skills.”

Her mom often made the point, she said, “that my basketball shoes are just my ‘tools’ for battle” on the basketball court.

Buckets4Boots, she hopes will help to provide those “tools” to those who need them on the streets, while also reminding local youth athletes of the privilege they enjoy.

The tournament will be held at R.E.Mountain Secondary School on April 6. Eight teams will begin round robin play at 10 a.m. Finals will begin at 1 p.m. Rules and registration details are available at buckets4boots.pb.online/.

All proceeds from Buckets4Boots will go to help people who cannot afford to purchase proper footwear to protect them from the weather and streets.

“There are people out there who need help to get back up on their feet,” the Buckets4Boots website notes, “and they can’t stand for long unless they have the proper protection on their feet.” 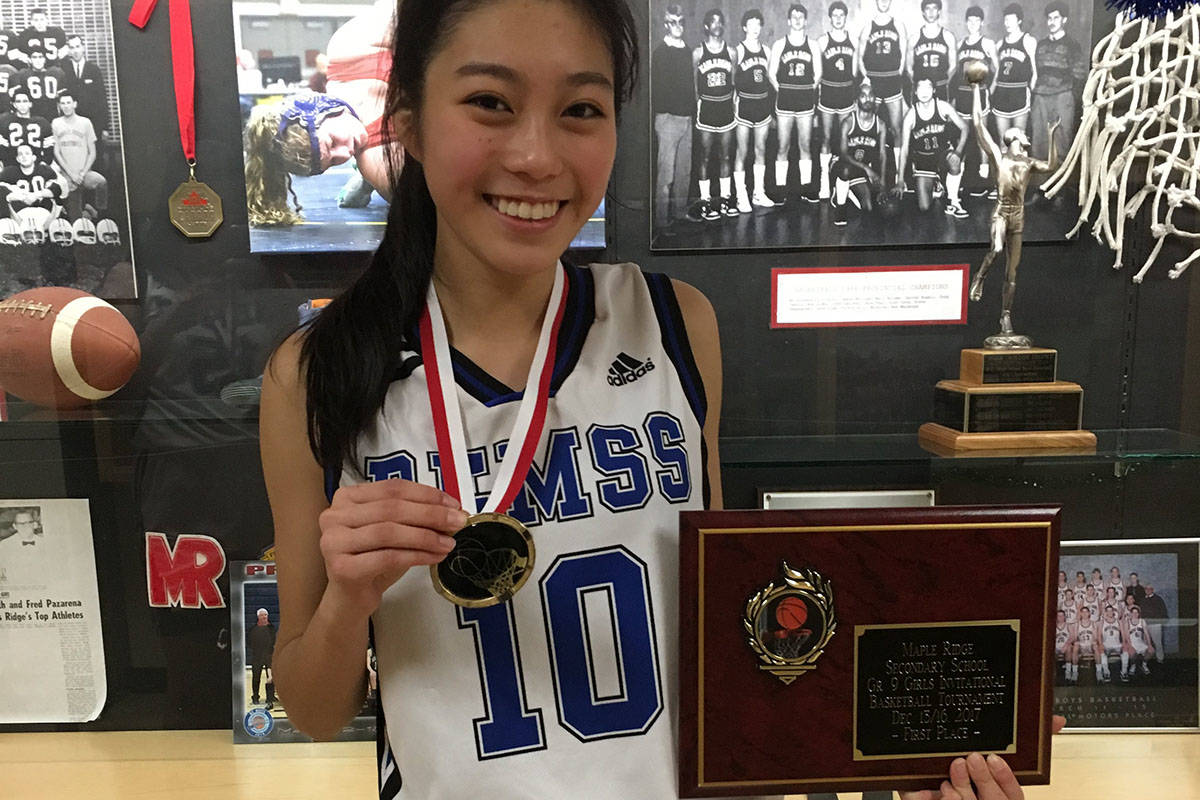