The 15th annual Walk for the Cats by C.A.R.E.S. (Canadian Animal Rescue and Extended Shelter) was barely over at Derby Reach park in Fort Langley before organizers were able to celebrate reaching their goal.

This year, about 30 people walked in the rain at Derby Reach Park on on Sunday, Sept. 9, helping to raise money for C.A.R.E.S., which provides shelter for stray, abandoned and unwanted cats in a cage-free environment in Milner.

While no cats were seen at the walk, there were a few dogs walking in support, including Jade, a service dog who arrived with a jacket bearing the message, “K-9’S for Kitties.”

The C.A.R.E.S. walk announcement called the event its “most important fundraising event of the year.”

The no-kill shelter suffered what the C.A.R.E.S. summer newsletter described as “a small financial loss” in 2018.

“The entire process of taking in homeless cats, providing them with shelter, food, veterinary care, tattoo, etc., and then finding a loving forever home, continues to bring challenges of its own,” the statement said.

“In setting our 2018 budget, the board (of directors) has set very strict parameters for expenses to ensure that we break even or better this year.”

Founded in 1993, C.A.R.E.S. is a no-kill shelter, so felines stay there for as long as it takes to find a permanent homes.

Some cats have been at the shelter for more than a decade.

The 5 km walk at Derby Reach Park started at 1 p.m. followed by a free barbecue and prizes for the top three pledges are offered.

C.A.R.E.S. can be reached at donations@carescatshelter.com. 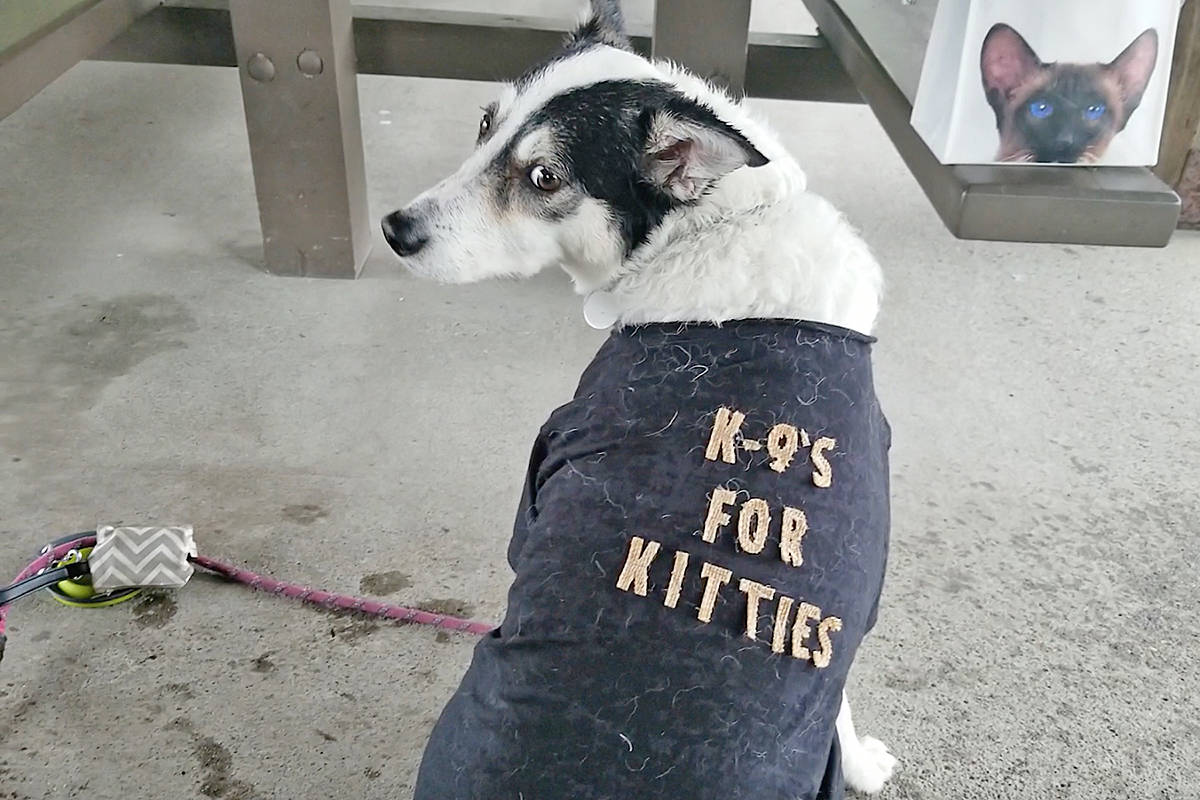 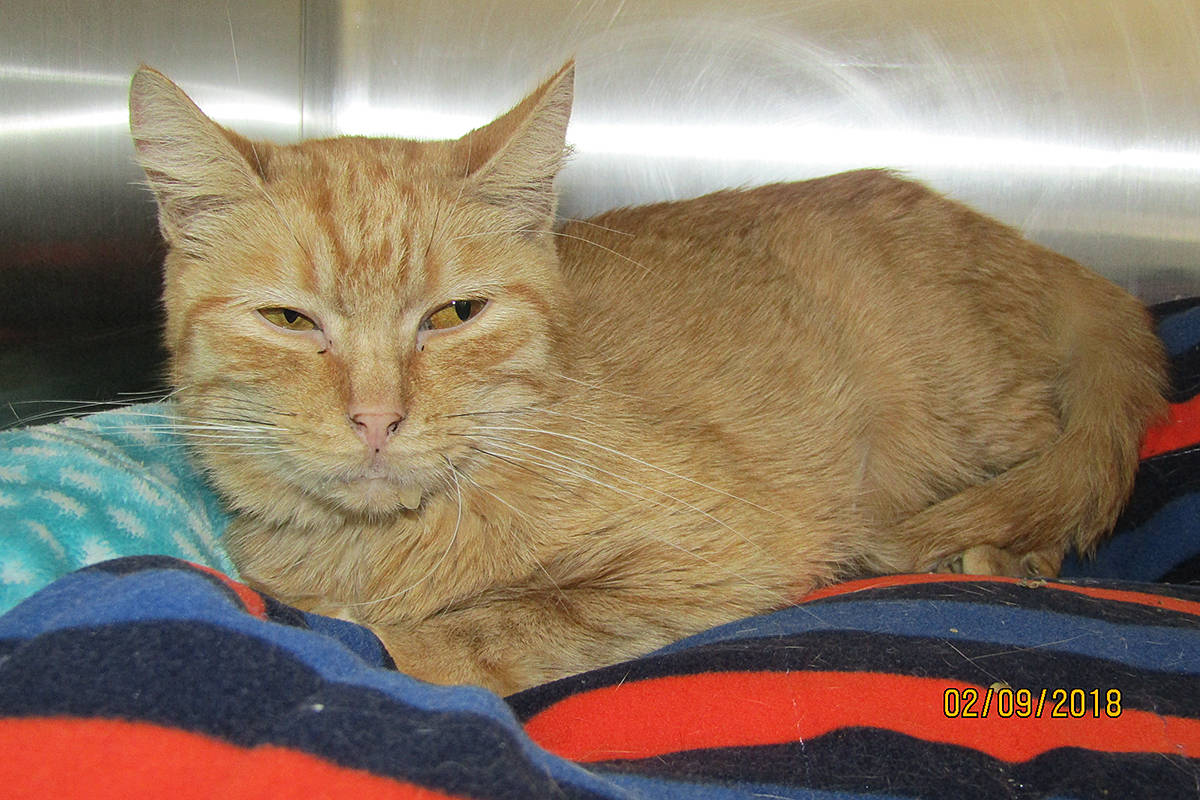 ”Fanta” is one of many cats available for adoption at C.A.R.E.S. Supplied