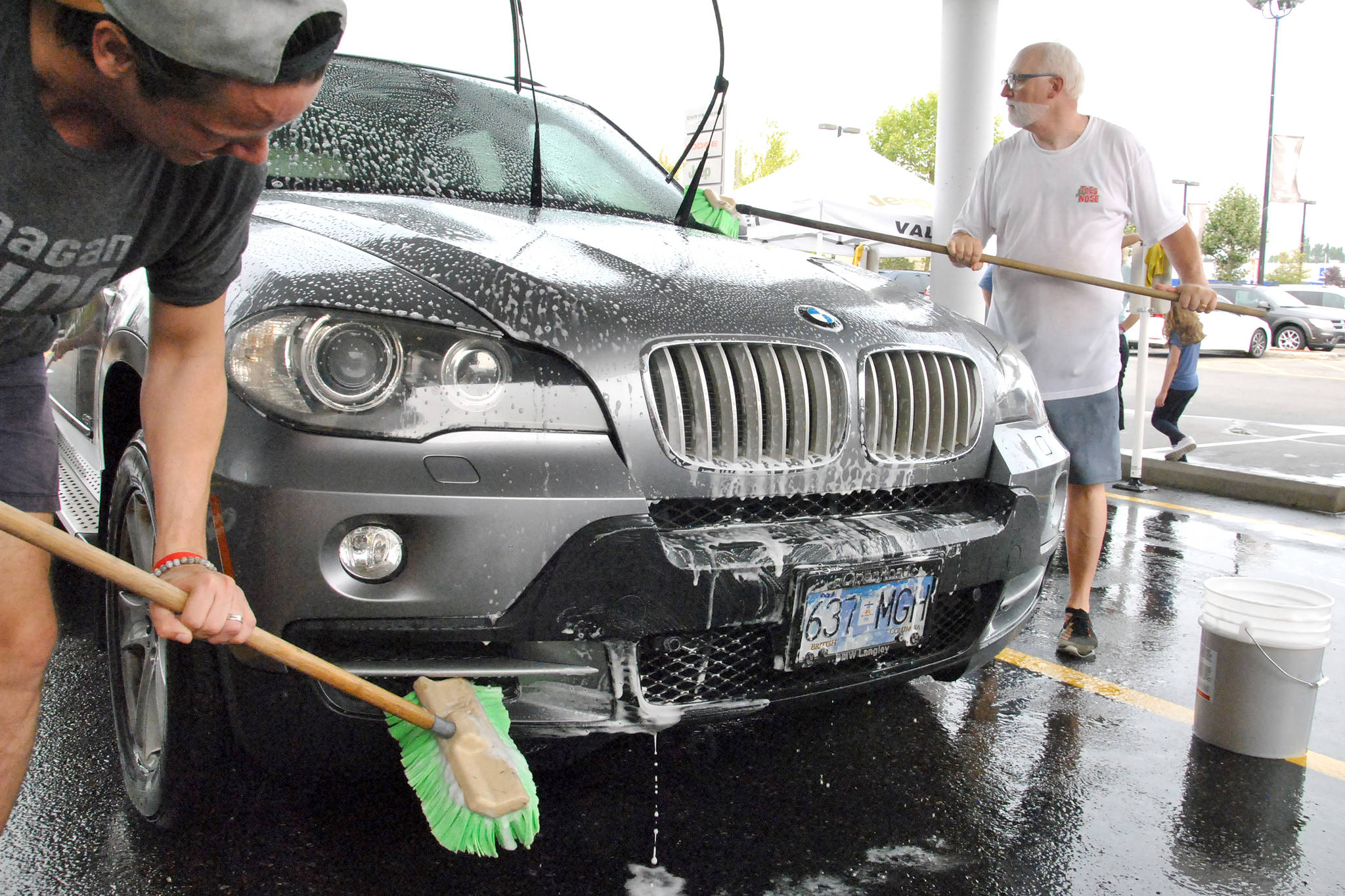 They help get cancer patients to their appointments for chemotherapy and radiation – and they’ll also put a good shine on your car.

The Volunteer Cancer Drivers Society is holding a fundraising car wash at Langley Chrysler on Sunday, July 21, from 10 a.m. to 2 p.m.

Donations collected from drivers will help fund the charity’s work of getting patients to and from doctors offices and cancer clinics around the Lower Mainland. Many of those they drive are too frail from their illness or the side effects of treatment to drive, and frequent taxi trips may be too expensive.

Last year’s car wash event brought in almost $20,000 in much needed funding for the volunteer organization.

The biggest portion of that money – $15,000 came from Chris and Jamie Ruscheinski, a pair of Langley brothers who run a charity called Twins Cancer Fundraising, host charity events such as Gone Country and the Long Table Gala.

Over the last year, the charity has been hit financially by higher gas prices.

“We’re running more or less hand to mouth,” George Garrett, one of the group’s founders told the Langley Advance Times in May, as he was seeking more funding sources.

The single-biggest cost of the almost-entirely volunteer operation is reimbursing their volunteer drivers for fuel costs. This year’s budget was estimated at $300,000, with 94 per cent of that going to the drivers for fuel.

A successful car wash will hopefully help put a dent in that budget, and keep the almost 200 volunteer drivers and more than a dozen volunteer dispatchers on the roads.

Mayors of both Langley City and Township have offered support, as have a number of local businesses which have offered funding help in recent months, Garrett said.

Garrett said the support of the Trotman Group, which owns the dealership, has been helpful, and another car wash will be held at one of their other locations, Mainland Ford in Surrey, in August.