Jantzen, the founder of Clothes 2U, was assisted by a youth group from the church who helped with set up.

“It was amazing,” Jantzen said. “A bunch of teens with great attitudes, hard-working. We got the job done in no time and then these guys were like ‘okay, time for pizza.’”

Jantzen estimates that through the last two weeks, 50 bags of clothes and several boxes of toys were donated.

“It was a very good turnout,” he said. “People were lined up before we opened and then it was just oncoming steady.”

This event marked the first Clothes 2U event of the year, and Jantzen is already planning for the next one in White Rock in two weeks, followed by events in Guilford and Chilliwack later in the year.

In terms of donations, Jantzen charged $3 per adult, with all proceeds going towards the expenses of running the event.

“It costs money to run the van, to go pick up donations, to do my events,” Jantzen said. “It costs money for telephone lines, website hosting, printing. I subsidize each and every event out of my own pocket.”

Jantzen started Clothes 2U in 2002 in Langley as a single-parent support group, but it quickly evolved into a community-wide event.

“I saw a need in the community and I wanted to help,” Jantzen said. “I’ve been doing this for almost 20 years now and it’s been a true labour of love.” 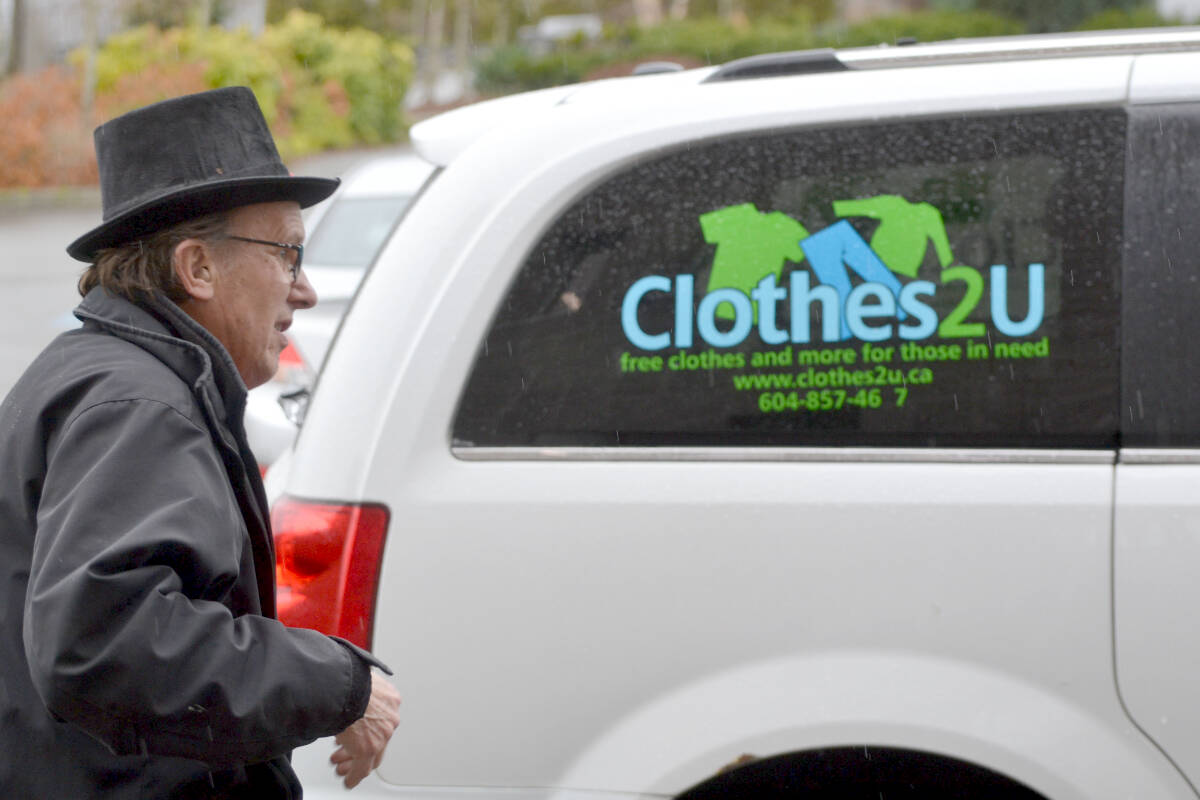 Ernie Jantzen, founder of Clothes 2U, sorts through donations at the clothing drive event in Aldergrove. (Tanmay Ahluwalia/Langley Advance Times)