Riley Markowsky-Qadir is campaigning for his school to get a 3D printer. Thanks to his TEDx talk, he may get one.

The first time Riley saw a 3D printer was at Science World in 2016. Ever since then, he’s been eager to learn all he could about the process. According to his dad, Reece, he started asking for a 3D printer of his own soon after.

Riley was lucky enough to receive one for Christmas last year. Now that he’s had a chance to learn more about the machine, and to see how it helps him delve deep into science and history, he wants to share that opportunity with his schoolmates.

When Cloverdale Catholic School hosted their TEDx conference at the Clova Theatre in March, Riley knew he wanted to focus his talk on the possibilities 3D printing afforded students.

As Riley explained in his talk, some of the things discussed in science class are very small and difficult to see. For instance, when students are learning about bacteriophage — a type of virus — in science class, they might not have access to the high-powered microscope required to view it. Textbook illustrations only take the students’ understanding so far.

With a 3D printer, that all changes. The machine can “print” a three-dimensional object by reading a digital file, and then setting down and fusing layers of plastic. Creators download or design an object they wish to manufacture using modeling software, and then print it.

Riley has printed models of bacteriophage large enough to pass around a classroom, so that students can get a hands-on learning experience with something you can’t see without a microscope.

“It helps you actually see what it looks like rather than just on a screen, because on a screen you can only see one side,” explained Riley. With a printer “you can hold it in your hands and feel them, see more and observe more.”

Riley has also begun to dig into paleoanthropology by printing replicas of bones belonging to “Lucy,” a 3.2-million-year-old hominin discovered in Ethiopia in 1974.

As Riley explained in his talk, students can learn a lot by studying bones. But it can be difficult to study those bones when they are in a far away museum, and even if Riley’s class was able to arrange for a field trip to the museum in Ethiopia to see Lucy’s bones, they wouldn’t be allowed to touch them.

3D printing allows paleontologists to print replicas of extremely fragile fossils, so that they can examine them closer and conduct experiments. In Lucy’s case, researchers created scans of every one of her bone fragments in order to create a computer model, which in turn helped them create a theory of how Lucy died. The fracture pattern suggests that she fell from a tall tree, according to one study published in Nature, an international journal of science.

Since researchers made scans of Lucy’s skeleton open source in August 2016, anyone can examine her arm, shoulder and knee bones. A 3D printer, which creates near-perfect replicas of her bones, can help the research come alive. Riley learned this better than most when he printed one of her bones at home.

Riley held up a replica bone, and ran his fingers over the deep fractures. “This is Lucy,” he said. “You can see how she fell. In pictures you can just see that.” He pointed to the crack in the bone. “But if you print it you can feel it and see it up close more.”

After his TEDx talk, Riley made a presentation to his school’s administrators, and received permission to start fundraising for a 3D printer at Cloverdale Catholic School.

“I have permission from the principal to sell 3D printed toys to other students to raise money to buy a printer,” he explained.

My love my little brother ! He is 7 years old and taking orders for 3D prints to help me raise money to buy my school a 3D printer. 😄 pic.twitter.com/fOCggC2O30

Riley’s teacher has let him focus on 3D printing in class, and he has just finished doing a cost comparison on available printers. By his calculations, he’ll need to raise about $1,000 — $900 for the printer itself, and the remaining $100 to purchase filament.

He has set up a GoFundMe campaign (www.gofundme.com/ccs3d), and will be selling items he creates with his own 3D printer, such as fidget spinners and other toys, to his classmates to raise money. As of Monday, he has raised a little over $150 of his $1,000 goal, which he hopes to reach by the end of the school year.

Meantime, Riley will continue to learn more about what 3D printers can do so he can help his classmates learn how to become experts themselves. 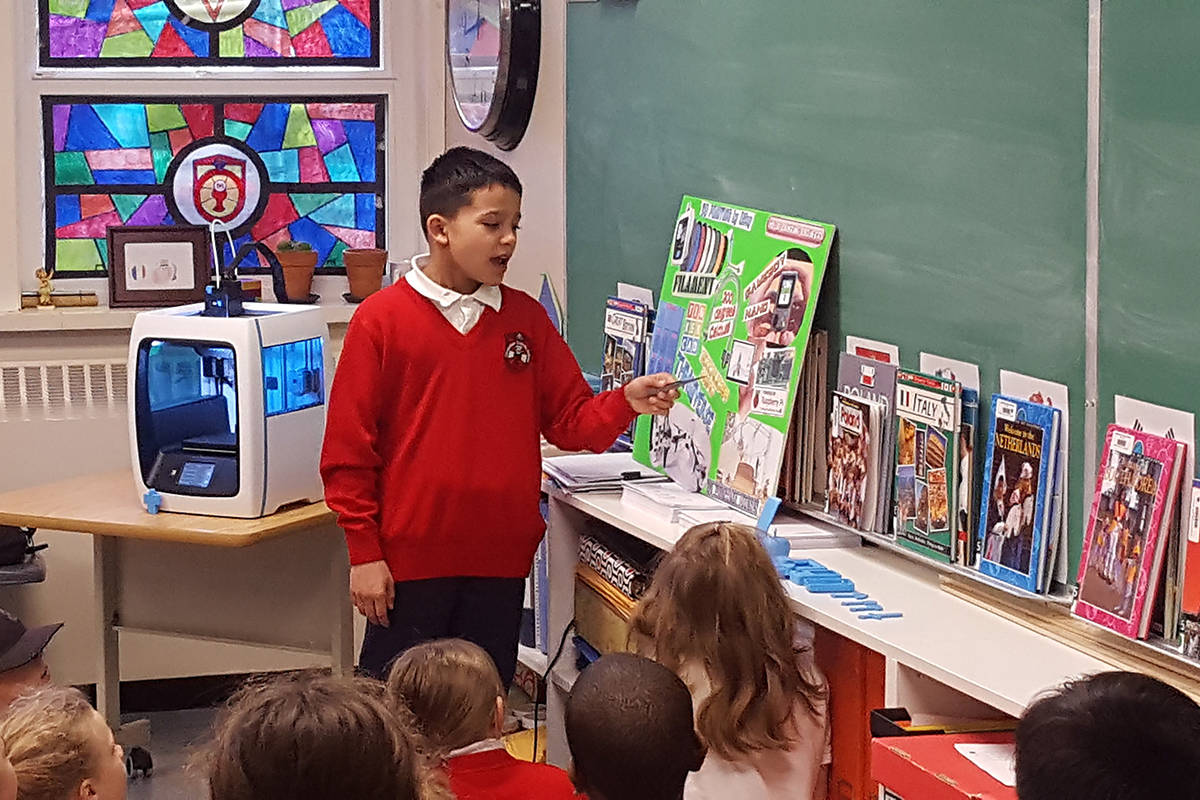 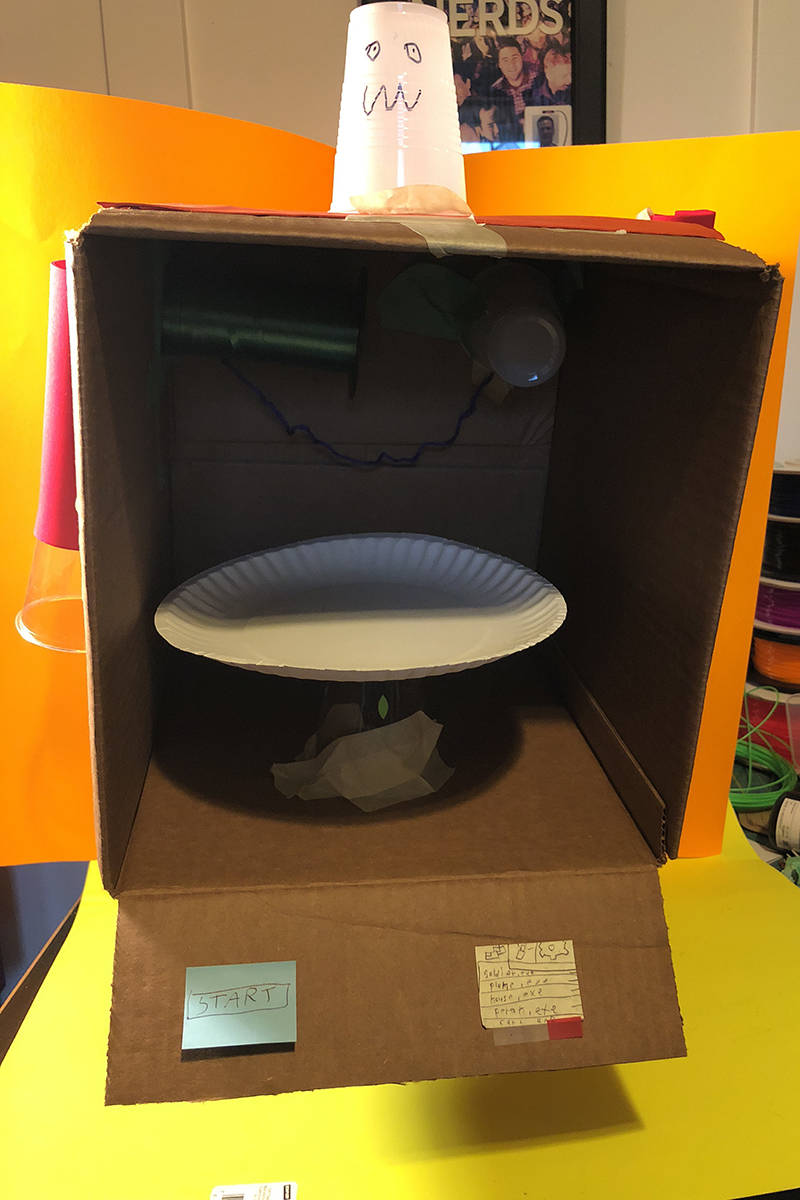 A printer robot made out of cardboard, and other items found in the recycling box at school (which Riley refers to as the “Magic Supply Store”). (Contributed)