When Denise Mahussier looks around the Peace Arch Hospital unit where she works, she sees wheelchair-bound and socially isolated senior residents.

“It’s hard for families to get them outside, especially the seniors that have limited mobility,” she explained.

That challenge is why Mahussier is working to bring a cycling program to hospitals and senior residences in Surrey, to give seniors a chance to get outdoors, reconnect with their communities and have new adventures.

She wants to found a chapter of Cycling Without Age, a not-for-profit organization that builds trishaws – a sort of motorized rickshaw – that give seniors with limited mobility the opportunity to go out for a bike ride around their community.

The bikes are powered by a rechargeable battery and a volunteer “pilot” who sits behind the covered passenger seat and pedals.

Mahussier was motivated by her work in the health care system. “[The seniors] seem very isolated,” she said. “People come visit, but the residents don’t feel like they get out. They don’t feel like they are involved. So this is something that would be a way to get them out in the fresh air, in nature, and also give them a chance to see the town.”

The chance to see the world from the front seat of the trishaw would “make them feel like they haven’t been forgotten,” Mahussier said. “I think a lot of them feel that way. And if they get depressed, it’s a fast decline.”

The program encourages a social connection between the pilot and their passengers. It’s a shared adventure, and it’s a chance to share stories with someone new, according to Mahussier.

She first stumbled across the program while searching for mobility solutions for seniors — looking for anything “that’s different than just sitting in a wheelchair all the time,” she said.

She found a TEDx talk on Cycling Without Age, which started in Copenhagen in 2012. Since then, it has grown into an international organization, with more than 450 chapters in 37 countries.

In his TEDx talk, founder Ole Kassow said that after the program had gotten its start in Copenhagen, “We heard that people that hadn’t been talking for years had started talking again. People suffering from dementia would lose their aggressions and actually lift the spirit at the nursing home upon returning from their bike ride. And we heard that blind residents were explaining to the volunteers that, to them, cycling was all about smelling the flowers, and hearing the birds, and feeling the wind in your hair.”

“I can’t agree more with that,” Kassow said in his talk. “Feeling the wind in your hair is exactly what we’re about. We’re here to fight for people’s wind in their hair.”

His TEDx talk reached people around the world, including in Canada. There are 13 chapters across the country, including one chapter in British Columbia.

Victoria chapter co-founder Carson Sage spoke with the Cloverdale Reporter about how he got the program off the ground with colleagues Kristi Owens and Marleen Butchart.

They fundraised for their first bike with the help of a local care facility, its residents and their families, and the chapter’s first bike arrived at the end of April this year. They launched the trishaw in May during Bike to Work Week, and the program has been extremely popular since, said Sage.

“It’s a really cool project,” he said. “It brings together all different worlds, and the cyclists and volunteers really connect with the seniors.”

“It’s so exciting to hear the stories and how the intergenerational relationships are being built,” he said.

There have been challenges getting the chapters off the ground, but Sage is working on making it a little easier for people like Mahussier, who want to start a chapter in their own community.

Sage is currently pursing a masters of arts in kinesiology at the University of Victoria, and he is writing his project-based thesis on the Cycling Without Age program. His thesis will include a guide on how to overcome the organizational hurdles faced when getting a chapter started, including risk management, volunteer training, insurance concerns and more.

He expects the guide to be finished in January 2018, but until then he is happy to answer any questions from aspiring chapter founders like Mahussier.

The first challenge Mahussier will face is raising the funds for the trishaw. The bikes cost about $11,000, which includes the rechargeable battery and shipping costs from where they are custom made in Europe.

Mahussier said it would be well worth the cost.

“I’ve worked in residential care, I know how the waitlists just seem to be growing and growing and there’s not enough resources for them,” she said.

“It would be good to start something like this [in Surrey] to add on to what we already have. The population is just going to grow. In theory, if this was to work, we could get multiple bikes, and spread it out,” she said.

Mahussier plans to launch the Surrey chapter in Cloverdale, where has lived for her whole life.

She hopes that she’ll be able to give her grandmother a first-hand experience on how the program works. Mahussier’s grandmother is a resident at Bethshan Gardens, and she’d love to be able to take her for a ride.

To learn more about Mahussier’s program or to donate, go to gofundme.com/25sje-cycling-without-age. 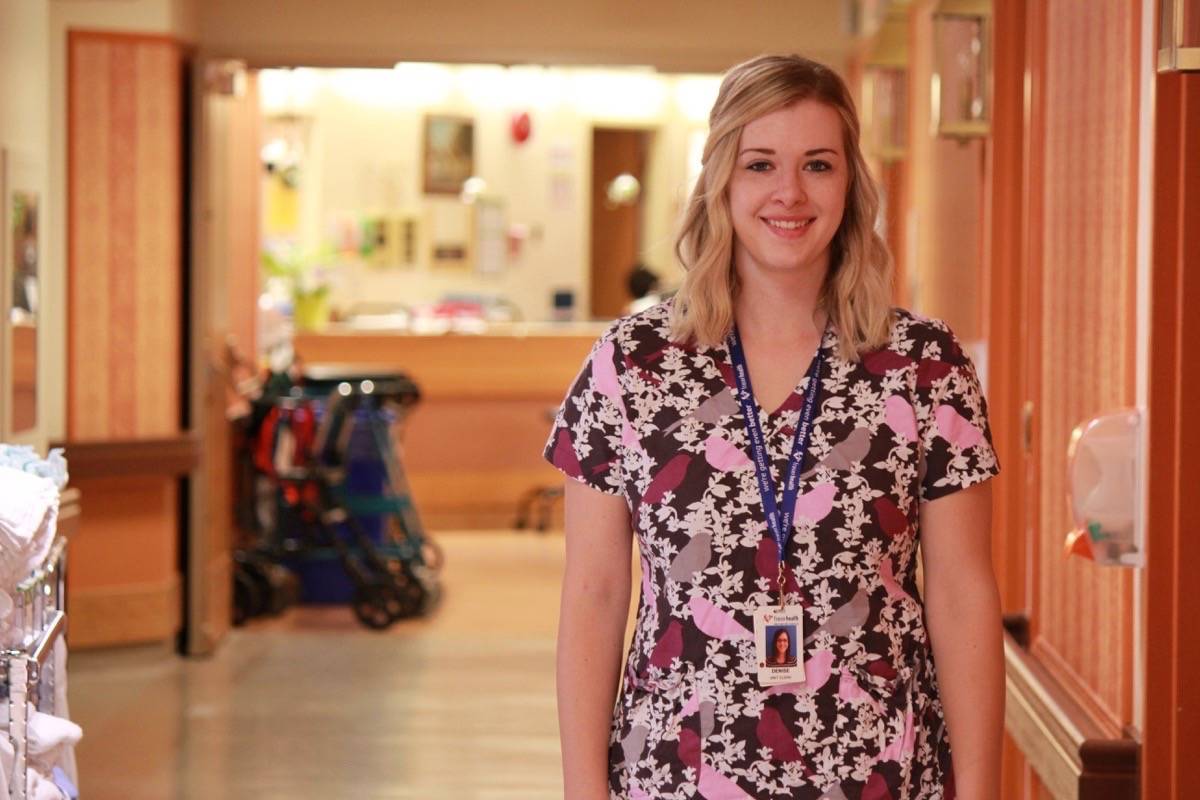 Denise Mahussier works as a unit clerk at Peace Arch Hospital. She wants to start a Surrey chapter of Cycling Without Age, a program that reconnects seniors with their communities. (Sam Anderson)