by Cadet WO2 Riley Diesner/Special to Advance Times

He spent more than 22 years at the squadron, his first five as a cadet, 12 as a staff officer, and his last five as the commanding officer.

The major has recently assumed a new role at 907 Royal Canadian Air Cadet Squadron in Surrey.

As a parting gift from a community of squadron staff and alumni at 746, he received a Royal Canadian Air Force officer’s sword.

Groome was asked to share his best memory at 746 RCACS.

“Seeing cadets and staff grow and develop over the years,” will remain Groome’s highlight with the 746, followed by activities such as his marksmanship, and trips around Canada and the U.S.A.

The cadet program is designed to develop confident, self-sufficient leaders who form lasting friendships and are engaged in their communities, while they promote physical fitness and healthy living, and foster an interest in the activities of the Canadian Armed Forces.

They are led by Canadian forces cadet instructors cadre (CIC) officers – dedicated members of the community who work with youth in their spare time by providing them with a dynamic and structured program. 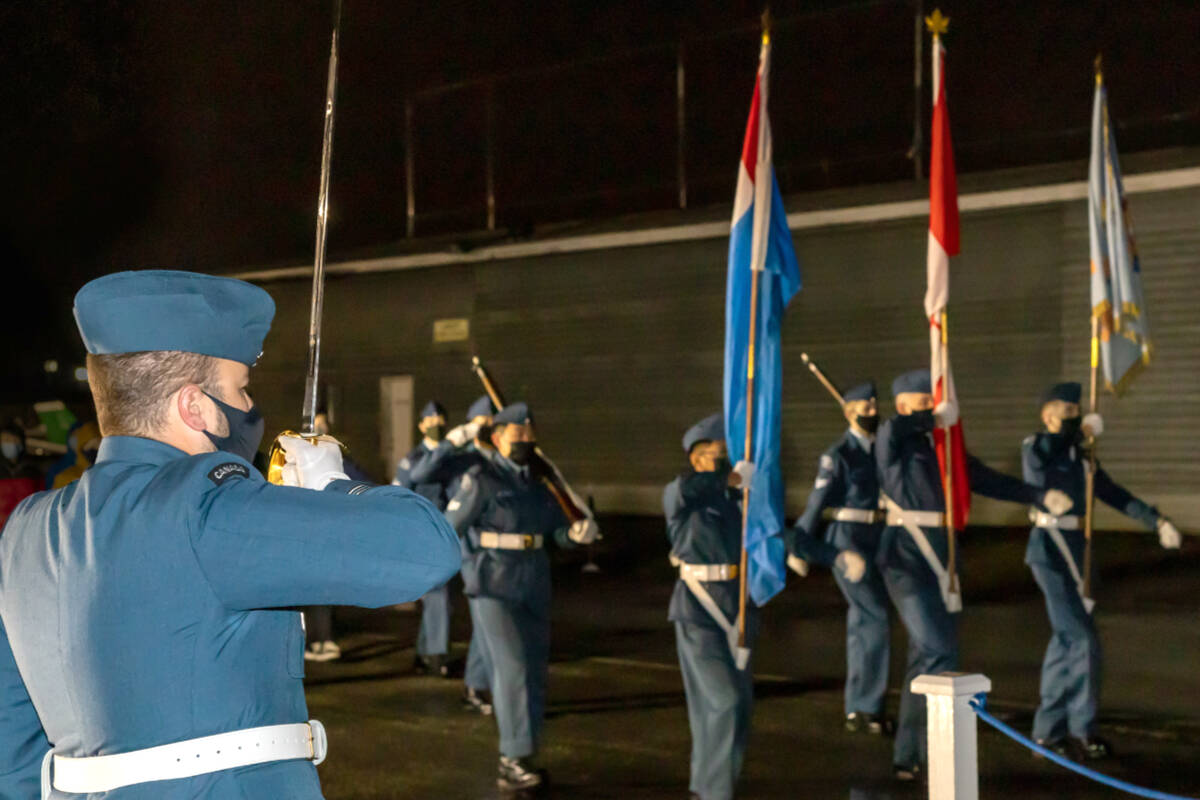 VIDEO: Volunteers carry out Aldergrove cleanup in the pouring rain

Langley City is looking for volunteers to serve on committees