Langley RCMP officers put on their running shoes Tuesday to take part in a fundraiser for the local Special Olympics.

The annual Law Enforcement Torch Run is a short run that helps put money into programs that send athletes with intellectual disabilities to tournaments and sporting events all over B.C. and beyond.

The Torch Run is moving around the Lower Mainland this week, with multiple police and RCMP units taking part.

Langley Special Olympains Christopher Lakusta ran with the group this year, and Christine Magnusson took a little time off from her day job to do part of the run as well.

Both are members of the Special Olympics Athletic Council as well as being athletes. Lakusta plays soccer and track and field, while Magnusson takes part in softball, bocci, soccer, and five-pin bowling.

About 20 Langley RCMP officers took part in the run this year, heading out for the 3.5 km route shortly after noon.

They were seen off by some of the detachment’s senior officers, as well as Safety Bear, the local RCMP mascot who demonstrated proper stretching technique for the runners.

The Law Enforcement Torch Run for Special Olympics BC has raised more than $4 million in this province since 1990, and has helped increase the athlete base of the program to more than 4,800 members in 55 communities in B.C. 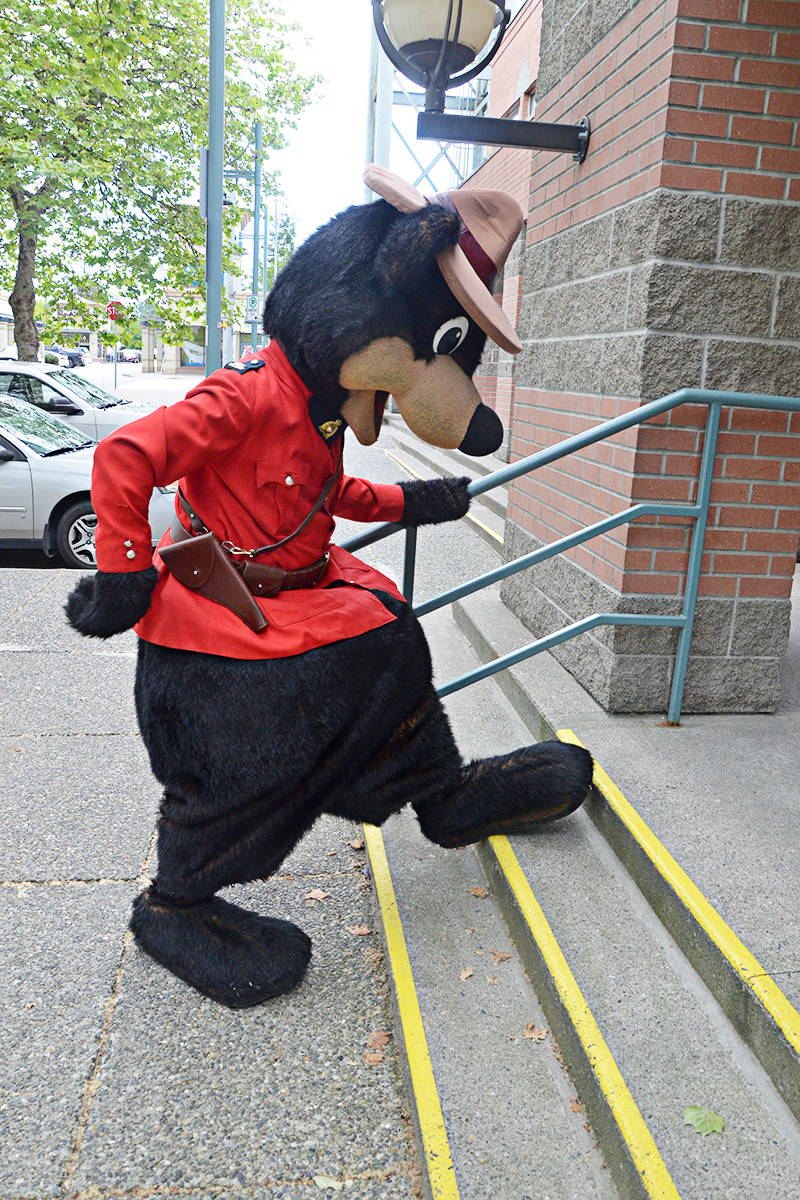 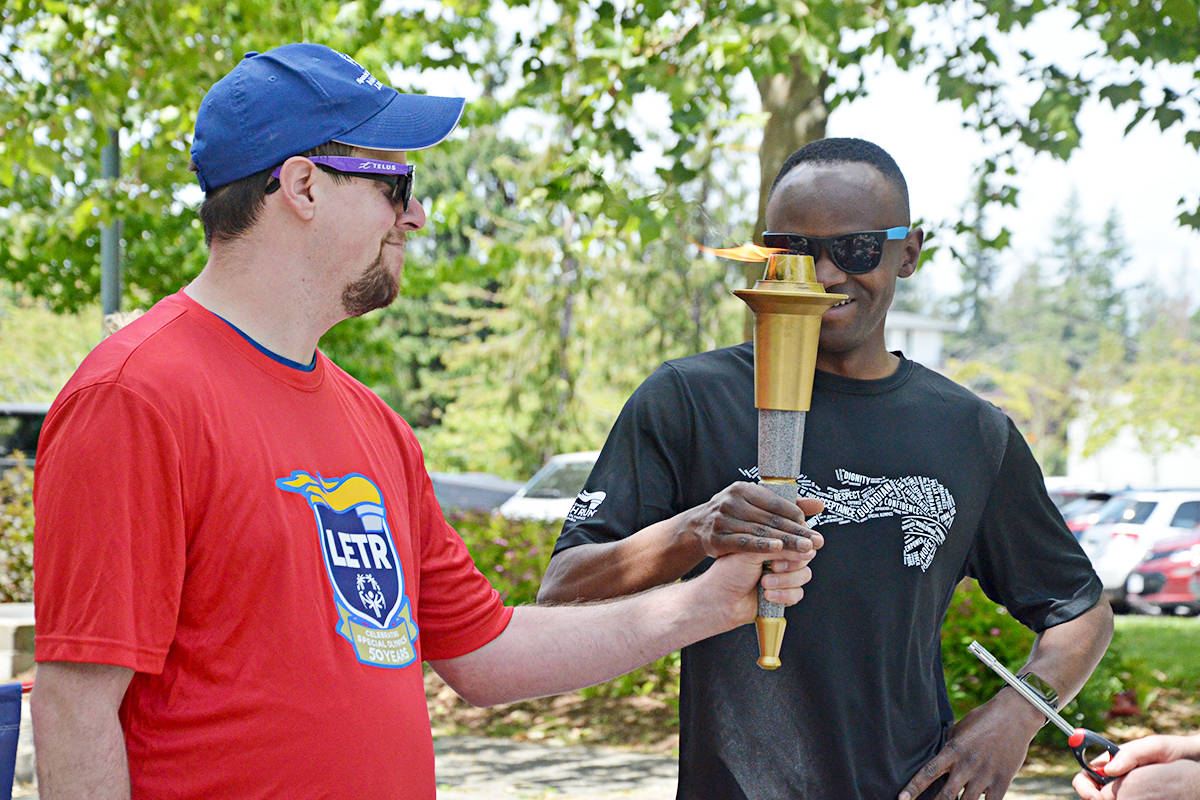 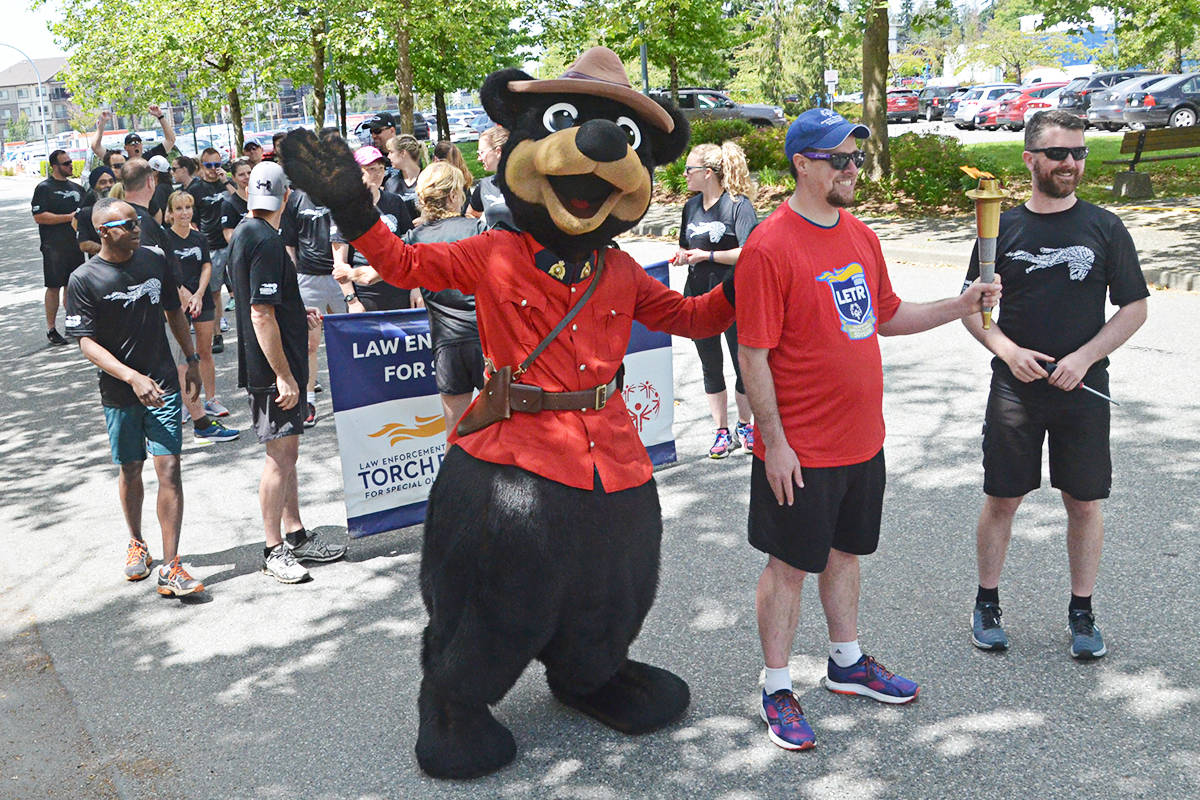