Mike Klotz described it as a “COVID-style” bird count.

For the 121st edition of the annual Christmas bird count, people had to follow coronavirus restrictions that meant fewer people in the field than previous counts, explained Klotz, organizer of the local event.

“It’s two people or your bubble [the select few friends or family members someone can have close contact with],” and if members of a team are not in a bubble, they had to stay at least six feet apart while in the field, he told the Langley Advance Times on Sunday, Dec. 27, as the count got underway.

Klotz and Carli Wyllie, who were looking for birds together, were also in each other’s bubble, so they could be closer than six feet.

“We’re okay, but there are some other groups out there who will have to maintain their distance,” Klotz remarked.

Another difference will see the usual post-count get-together featuring hot cocoa replaced with a Zoom online meeting, he said.

With fewer people taking part, the numbers of bird spotted was still about the same as previous years, with 7,800 individual birds counted in the northwest Langley sector, about 100 birds less than last year.

At Brydon lagoon in Langley City, Nehal Saleh and her family – husband James Boone and sons Zach, 8 and Aden, 6 were within their familial bubble, along with grandmother Lea Rachi.

It was the third year for the Langley-based Explore Science Club to host their annual kids count.

Saleh, who founded the club that offers programs throughout the year to get kids excited about science, explained the more than 20 families taking part this year were scheduled at different times throughout the day to ensure distances are maintained. Families had a three-day window to take part.

They all, including the White Rock – Surrey- Langley count, are part of a world-wide count that has been going on for about 121 years.

An early-winter bird census by the National Audubon Society, it is conducted with the help of more than 70,000 volunteers across Canada, the U.S. and many other countries in the Western Hemisphere.

It got started as a humane alternative to competitions held in the late 1900s between hunters to see who could kill the most birds.

There is still an element of competition, with participants looking to identify the most birds or to find unique species. 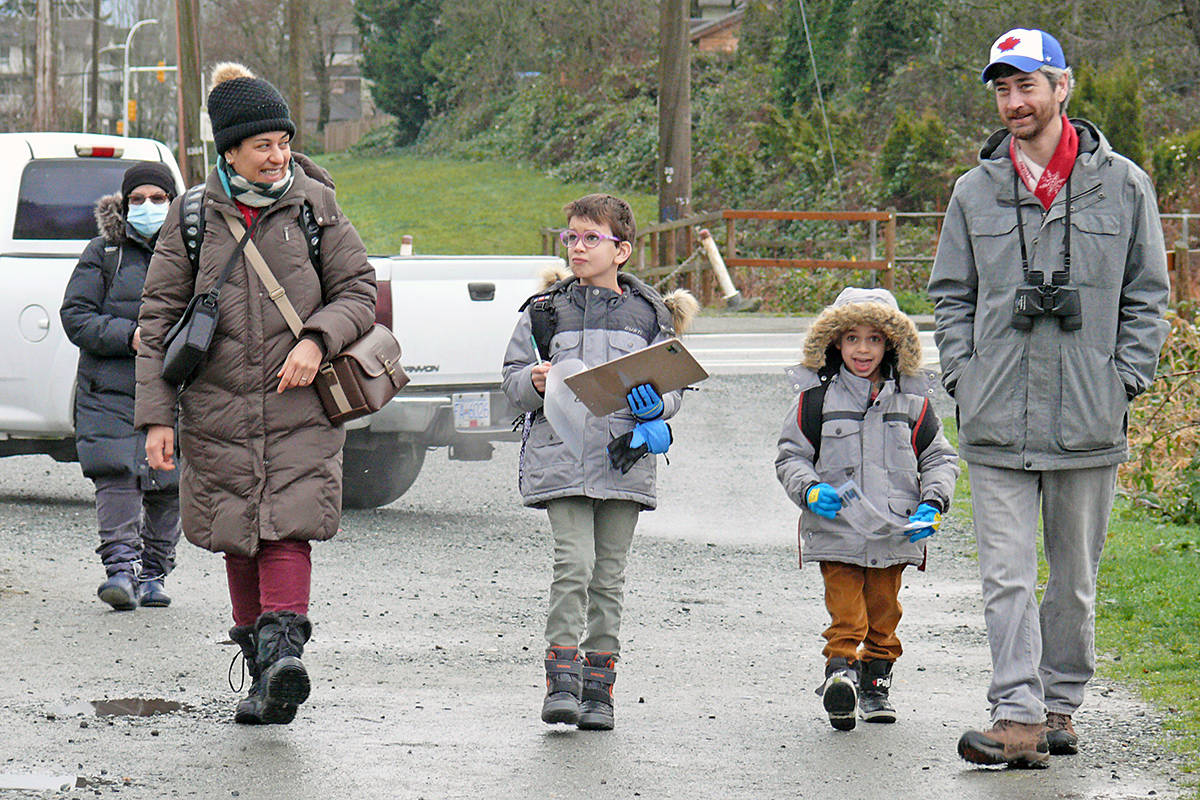 At Brydon lagoon, families were turning out from the annual bird count. Mom Nehal Saleh, brothers Zach and Aden and dad James Boone, up front, were accompanied by grandmother Lela Rachi (following on the left) (Dan Ferguson/Langley Advance Times) 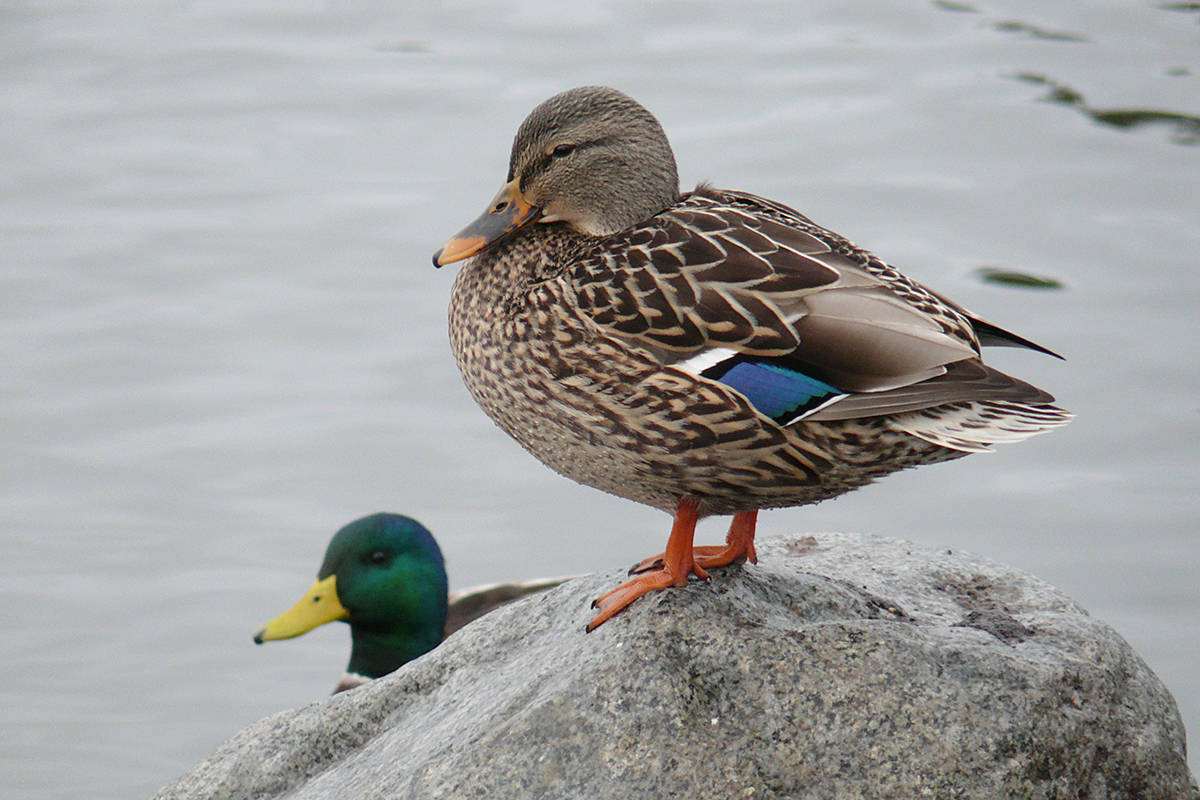 Brydon lagoon was a target-rich environment for bird counters with dozens and dozens of ducks and other species on Sunday, Dec. 27, 2020 (Dan Ferguson/Langley Advance Times) 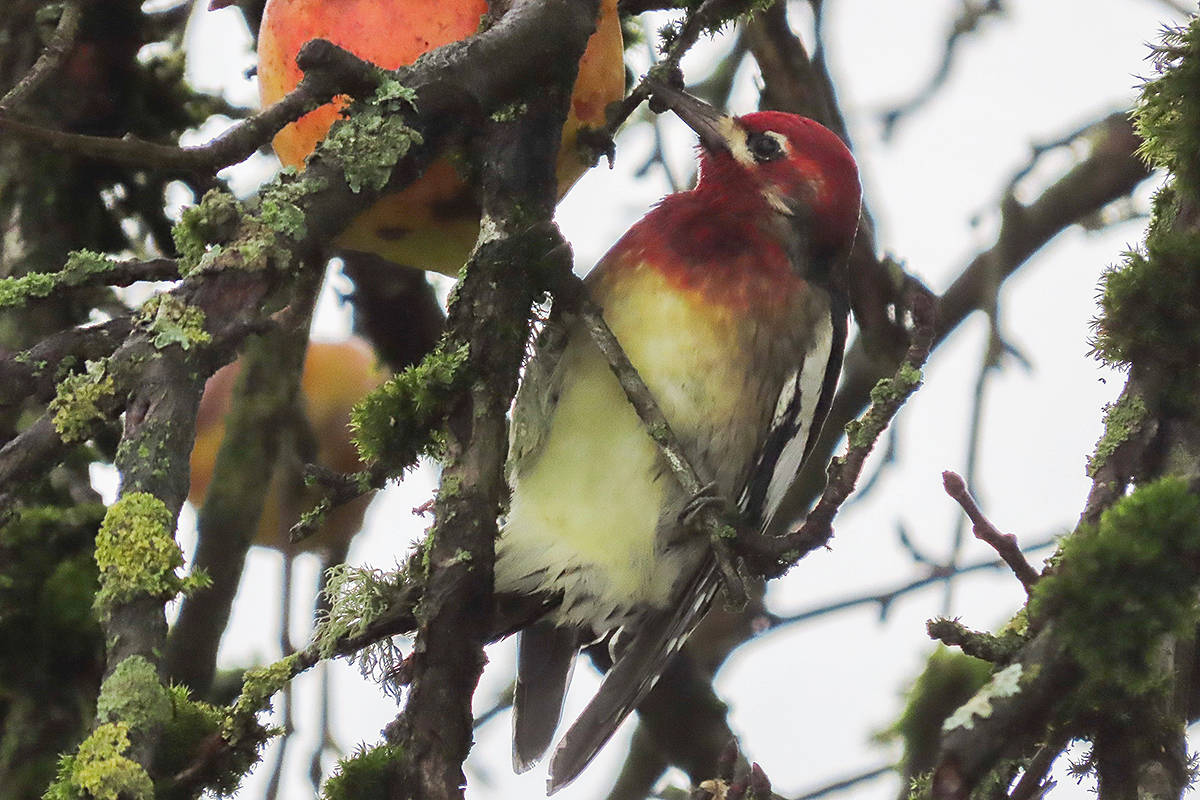 Carli Wyllie captured this picture of a Red-breasted Sapsucker in Milner on Sunday, Dec. 28, during the annual Christmas bird count (special to Langley Advance Times)