Before heading out to ride for the fourth consecutive day on Sunday, a Langley Mountie shared some thoughts on the trip, so far, noting Saturday was a day of many tears.

On Day 3, the team started off in Aldergrove, and pedalled their way through Abbotsford, Chilliwack, and Hope all in one day.

“Yesterday was an extremely emotional day,” Carr said, noting the morning included stops at a Coast Capital Savings branch, as well as Cabelas, and Tradex in Abbotsford.

“We had an amazing lunch, which was prepared by Grade 8 leadership students from Chief Dan George Middle School in Abbotsford,” she explained. “It was so nice to see the students volunteering their time on a Saturday to help the cause.”

After lunch, they were off to Chilliwack to visit another Coast Capital, then met up with a Junior Rider from the team, Carter. He’s a youngster battling with cancer.

The junior riders typically try to ride a small leg of the journey with Cops for Cancer.

“Unfortunately, he is too sick to come out with us,” Carr said.

“[But], we celebrated his life in the streets with his friends, family, and neighbours. There were a lot of tears shed by many during this stop,” she admitted.

From there Tour de Valley members visited Chilliwack’s Prospera Centre and the spin room before jumping on a bus to Hope, where the Women’s Fraternal Order of Eagles made them “a delicious spaghetti supper.”

That night ended with another cry fest, Carr said.

“We ended the evening at Camp Squeah, where we had a bonfire and everyone shared their stories and motivation for why we ride,” recounted the 32-year-old Abbotsford resident who’s been a Mountie for a decade, but just joined the Langley RCMP four months ago.

“Again, during this activity, there were a lot of tears shed by many,” she said, promising another update from Day 4 (Sunday). The team was set to spend today between Hope and Boston Bar, before heading back to Chilliwack for Monday. 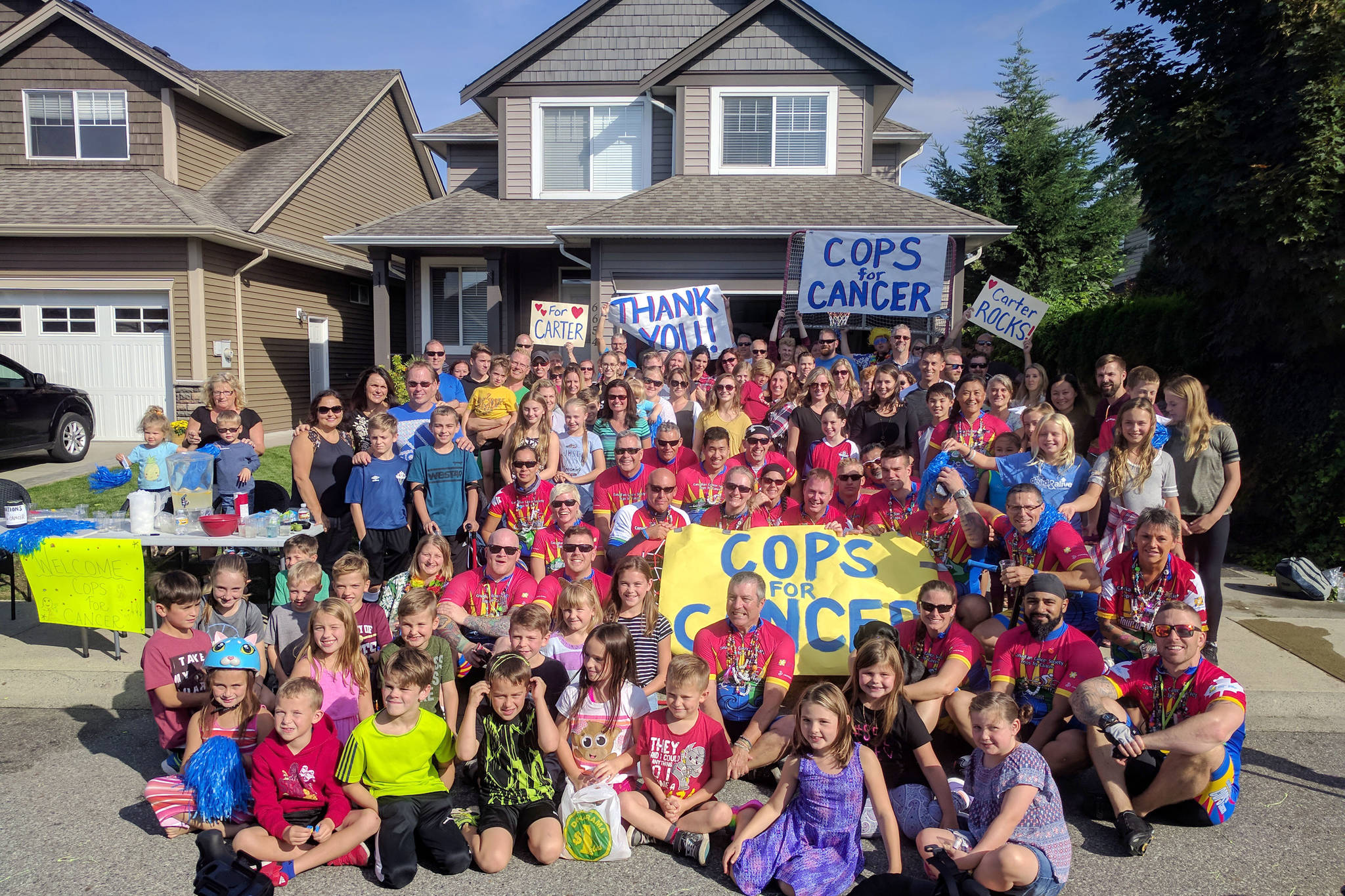