After an emotionally challenging day on the road Saturday, the Cops for Cancer Tour de Valley members tested themselves physically Sunday.

That was a total of 120 km, explained Langley Mountie Rochelle Carr.

“Today I learned that the road between Hope and Boston Bar is uphill both ways. Wow!!” she shared with the Langley Advance.

The general investigation constable from Langley RCMP is one of 23 riders taking part in the law enforcement bicycle ride to raise money for the Canadian Cancer Society, and specifically children battling the disease.

While it took its toll on the team physically, though, the day was not without its emotional weights, as well, Carr said.

Along the way Sunday, they met up with someone the team simply refers to as Grandma.

Grandma became part of the Cops for Cancer family when her grandson, Tyler, was a junior team member, Carr explained.

“Tyler lost in battle with cancer in 2007, just before his 14th birthday.”

They met up with Grandma at Hells Gate, where she hopped on the back of a three-wheel motorcycle and lead the team back to Hope.

Once back in Hope, the entire team joined her in visiting Tyler’s memorial site, which consisted of a tree planted outside the Fraser Canyon Hospital that is marked by one of Tyler’s old skateboard and a series of heart-shaped rocks placed there by friends and family.

The team is spending Monday in Chilliwack, where they’re expecting to attend a few elementary schools and witness a few young children cutting their hair as a Cops for Cancer fundraiser.

The team will be in Abbotsford again on Tuesday. The tour wraps up Friday in Surrey.

The Cops for Cancer tours take place every fall, with more than a hundred law enforcement and emergency service personnel from across B.C. braving weather and rough riding conditions to cycle in the CCS fundraiser.

While the Tour de Valley runs between Tsawwassen and Boston Bar, there is another that runs through the other parts of the Lower Mainland and up the coast, plus one in Northern B.C., and another on Vancouver Island.

Donations made to the Canadian Cancer Society, through Cops for Cancer, are used to fund lifesaving research and caring programs like Camp Goodtimes to reduce its impact on families.” www.cancer.ca

Carr is listed as one of the top fundraisers this year Tour de Valley, already having raised $7,400.

“I am participating in the Cops for Cancer Tour de Valley to support the mission of the Canadian Cancer Society,” she explained.

“We have all been affected by cancer in some way, and know that nobody should have to deal with cancer, especially kids.”

Money raised by the Tour de Valley goes toward pediatric cancer research and sending kids to Camp Goodtimes; a camp where kids with cancer can go be kids and not worry about anything else.

“I have personally visited Camp Goodtimes, and it means the world to these kids to be able to participate in this camp, free of charge, because of the money raised by Tour de Valley,” Carr said, asking for people to consider pledging her online.

“A person never stands so tall as when they kneel to help a child,” she said, thanking those people who have supported her. 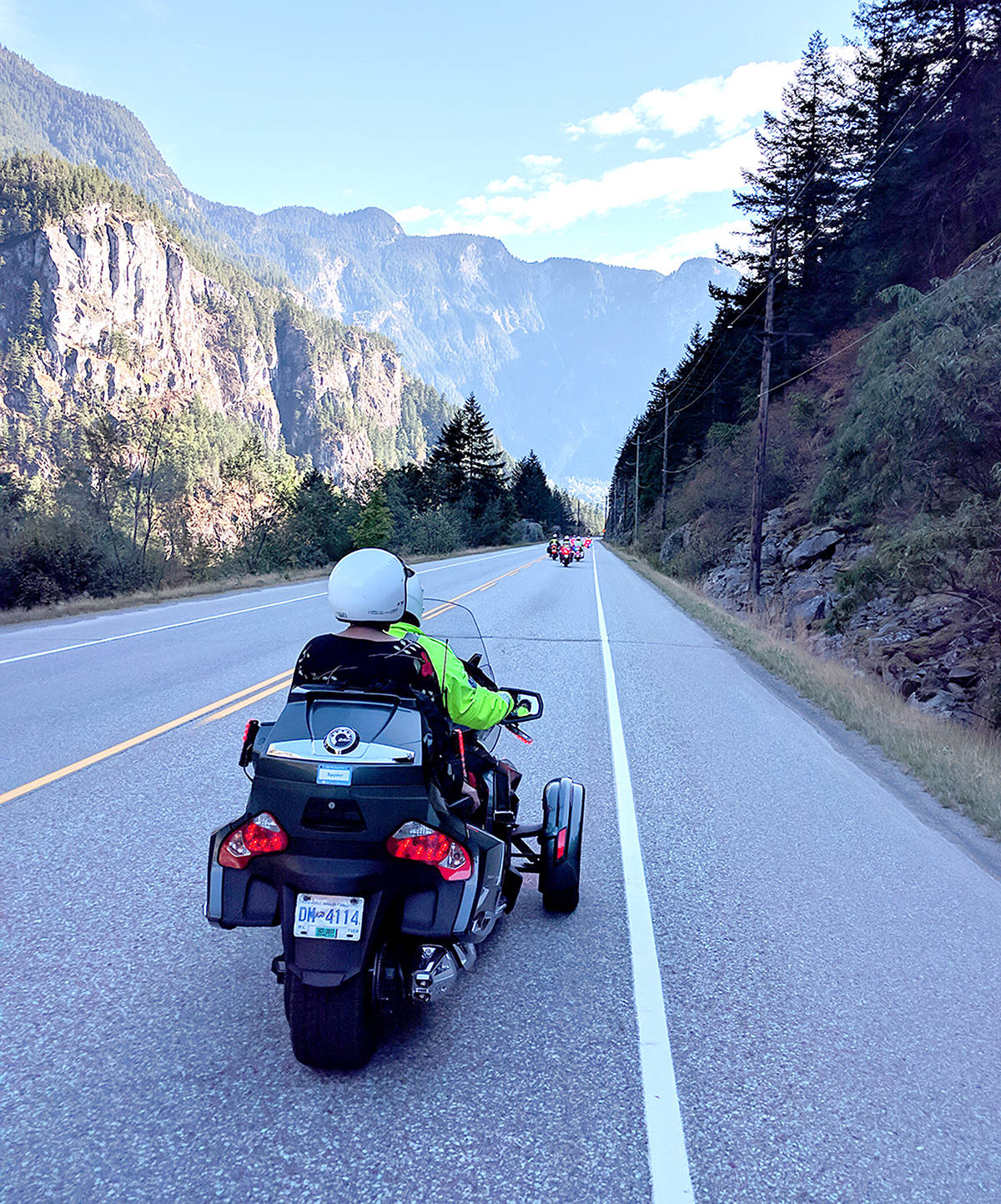