Instead of assembling in the gymnasium for the Grade 5 grad walk at Aldergrove’s Parkside Centennial Elementary School, students lined up outside on Wednesday, June 24.

And rather than having them all go through at once, they passed through the hallways of their soon-to-be former school in separated groups, following a path designed to respect the social distancing required during the pandemic, as school vice principal Lynn Fairley explained.

“We want to provide our students with the opportunity to say goodbye to their teachers, as a distance,” Fairley told the Langley Advance Times.

“And for the parents, as well.”

It appeared almost all the 100 graduating students showed up for the event, most trailed by parents recording the event on their phones.

There were confetti cannons showering the walkers with tinsel, souvenirs and sweet treats, along with traditional First Nations music in honour of the legacy gift by the graduating class, who fundraised to help pay for a painting by Kwantlen artist Brandon Gabriel, who create an image panther, the school mascot.

"We're not just a school. We're a home to many of the kids and families here." Many schools across the district are celebrating their students as they transition into new schools or graduation. But Parkside grade fives are giving back, with a Legacy Gift.#MySD35Community pic.twitter.com/Dyek7W5SNO

READ MORE: VIDEO: A week to celebrate grads gets under way in Langley

It was one of several events held during “Langley Grad Week 2020,” from June 22 to June 26, declared by the Langley school district and board to encourage the community to come together in support of graduating students.

During the week, residents and businesses were encouraged to post words of acknowledgment and encouragement to grads online through social media or directly to grads, if they have any in their lives.

It could be as simple as business owners or residents posting a “Congratulations Grads of 2020” poster on their doors, a district spokesperson suggested. 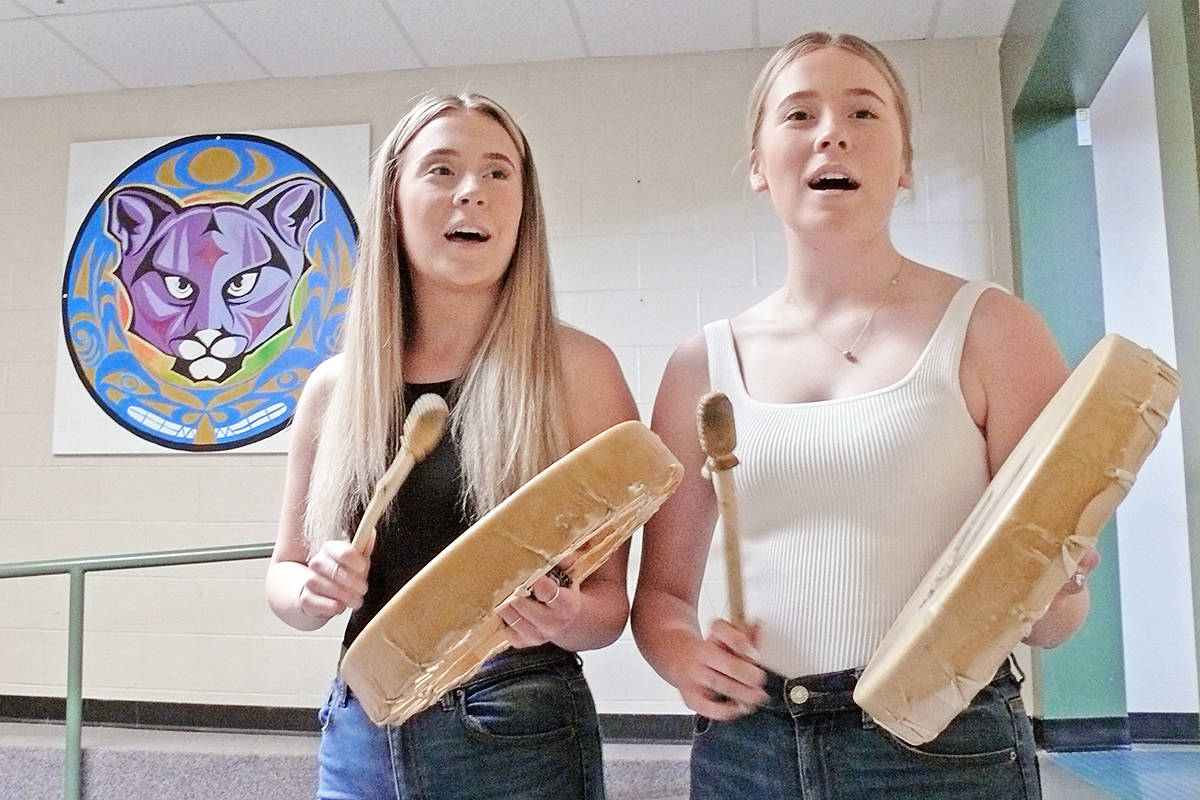 Twin sisters Kayla (left) and Krysta Serviss, members of the Shuswap First Nation, performed in front of the painting by artist Brandon Gabriel, which was this year’s graduating class present to Parkside Centennial School in Aldergrove. Students and parents took part in a modified version of a grad walk through the school on June 24, 2020. (Dan Ferguson/Langley Advance Times) 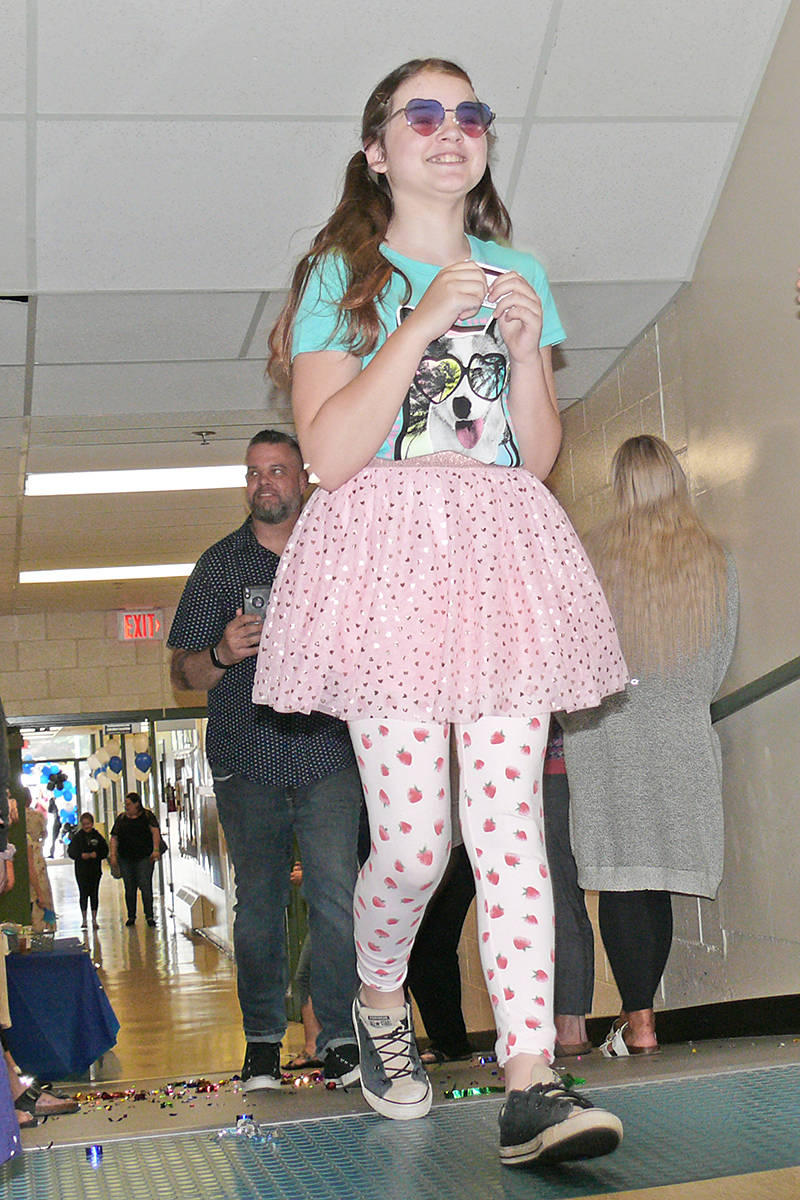 Macey Farrell arrived in high style for her final stroll through Parkside Centennial School in Aldergrove. Students and parents took part in a modified version of the Grade 5 grad walk through the school on June 24, 2020. (Dan Ferguson/Langley Advance Times) 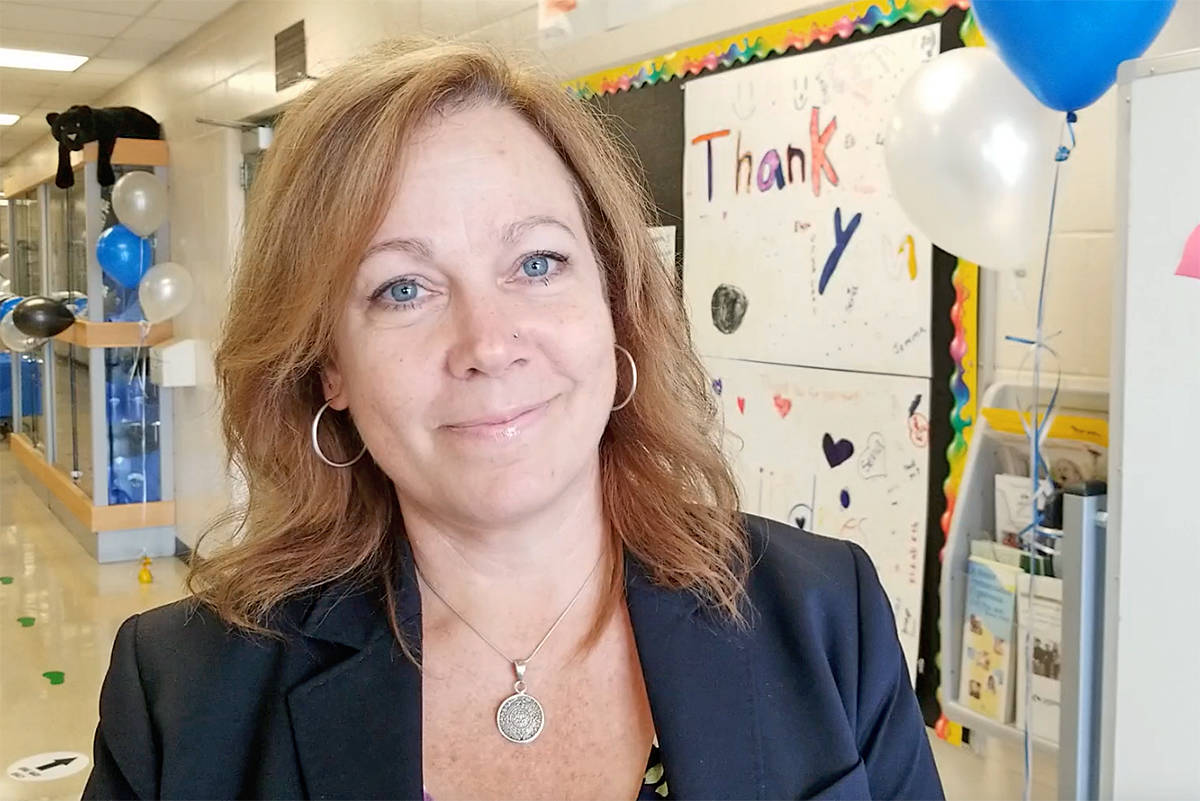 Lynn Fairley, vice-principal of Parkside Centennial School in Aldergrove. Students and parents took part in a modified version of the Grade 5 grad walk through the school on June 24, 2020. (Dan Ferguson/Langley Advance Times)

Kindness pays off for Aldergrove graduate