Amid the backroom of Brennan’s Men’s Wear – with its extra inventory, fabric samples, records and extra hangers – are two stuffed chairs and an electric fireplace.

It’s not uncommon for customers to be invited back for a quiet chat and tea if they’ve hit a rough patch.

The chairs and fireplace are tools that allow the owners, Mary McCarthy and Hollis Morgan, to create a personal connection with the people who walk in the front door of the longtime Brookswood clothier.

McCarthy, born in Ontario, came to the West Coast in 1972 and worked for a financial company in Vancouver.

A newspaper ad for a new store called SAAN got her attention and got her thinking.

“I found out retailing was really my forte,” she said.

It was in the retail industry where she met Morgan, and they tossed around the idea of opening a business.

“We flipped a coin in the air and here we are 28 years later,” she said.

Starting out, they didn’t have much money for the venture, so it was time to make the rounds of the financial institutions.

“The banks turned us down left and right,” McCarthy said.

They didn’t give up on their plans and found the Brookswood location. First came the need to rezone the property so the house could be used as a store.

Then they started massive renovations. McCarthy lived in the back of the operation and eventually they added a second storey, living space for Morgan.

“We’ve basically seen a lot of weddings, a lot of births, and a lot of deaths, unfortunately,” McCarthy said wistfully.

She said she’s been able to make a life, not just make a living.

“I think I’m a dinosaur in an era of computers and online purchasing,” she noted.

McCarthy said brick-and-mortar retailers are struggling with so many switching to online purchases, but there’s just no replacement for that connection with people.

She rues the loss of face-to-face customer interaction. Anyone who shops there knows the hugs are free and frequent. Just try getting a hug from an online retailer.

That said, Brennan’s is the last freestanding commercial building in Brookswood. Now it’s time to explore the next chapter. The women have put the building up for sale.

She’s grateful for everything – good and bad – that got her to this point.

Bad business advice early on resulted in struggles to pay off financial obligations.

Ella Little, another Brookswood retail pioneer, nurtured and guided McCarthy and Morgan, and Dale Ball was a great support. She also said the Brookswood Merchants Association was vital in giving the neighbourhood’s businesses an identity.

As others have helped her, so she has tried to help others, mentoring her nieces and nephews who basically grew up in the store, learning all aspects of business and public interaction.

One nephew, who owns a company in England, recently wrote her to thank her, noting that he was “teething on the cash register.”

She was a woman in retail at a time when women owners were a rarity.

“I don’t think of myself as being anything other than a retailer, and an individual who makes my own decisions and suffers the consequences of those,” she said.

And then sometimes life has a way of testing a person.

After a surgery two decades ago, she developed toxic shock and was ill, unable to work for a year.

Her faith has helped her get through the tough times in life and McCarthy counts herself lucky to have found something to do that she loves. It’s why she doesn’t have a bucket list. 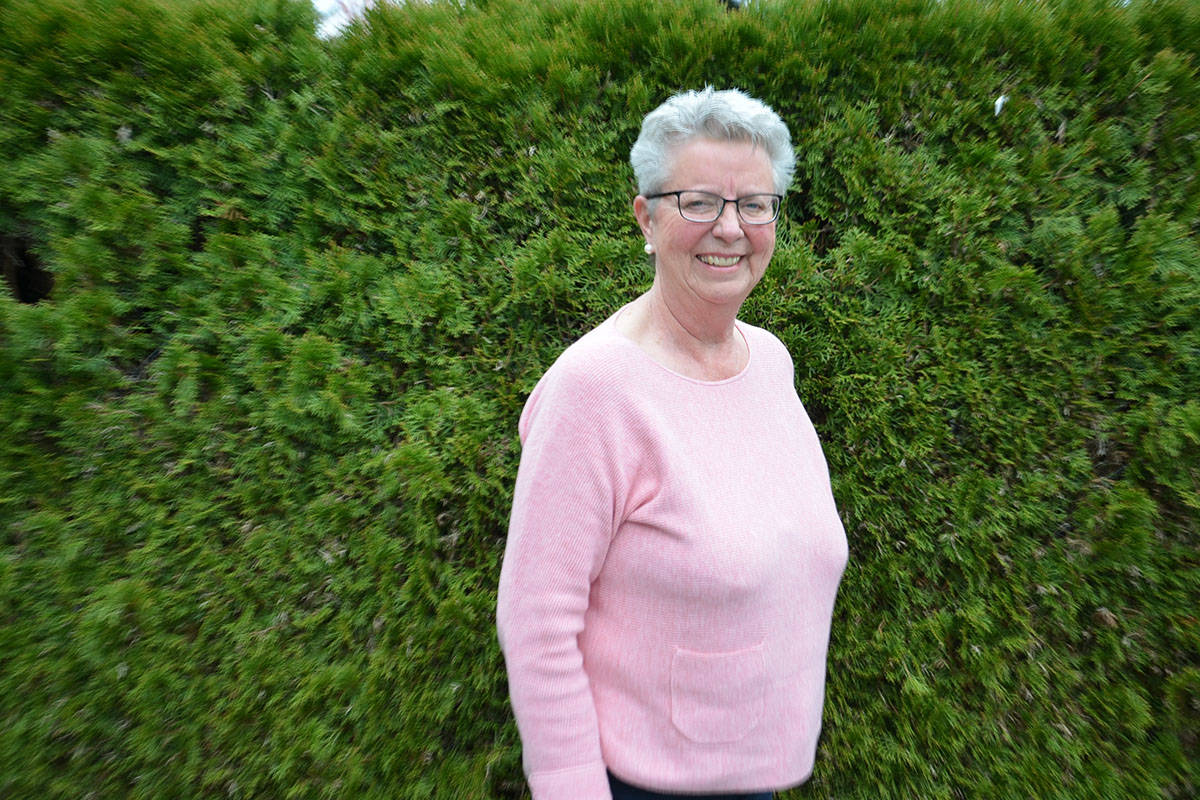